The Department of State is really keen on providing continuing training opportunities for staff to keep up their skills and make better Diplomats. This training is either in DC or Posts around the world hold regional training (during my first tour in Tbilisi I had the chance to go to training in Vienna, Austria). Recently I was given the opportunity to do a week of training in Abu Dhabi, UAE.

Most of my week in Abu Dhabi was in a classroom, however I did get the chance to visit the Sheikh Zayed Mosque not once but twice. The mosque is the largest one in the United Arab Emirates. It took 11 years to build at a cost of roughly $545 million USD. 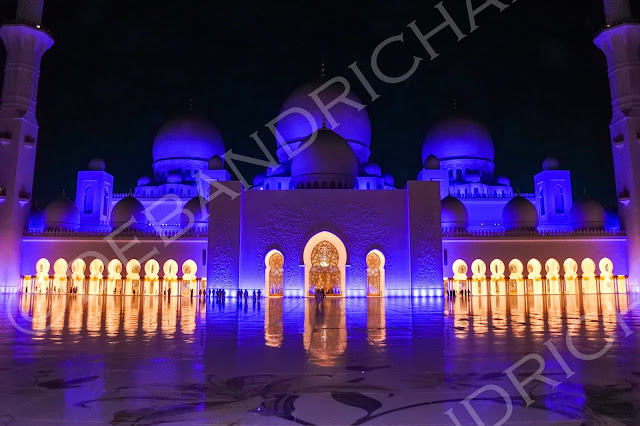 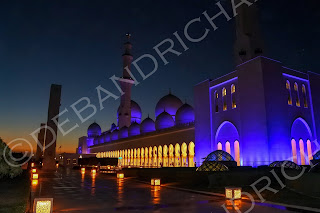 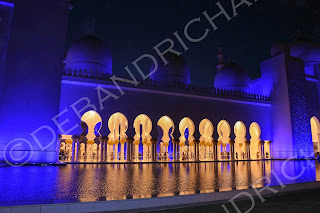 "The mosque is large enough to accommodate over 40,000 worshippers, while the main prayer hall can hold over 7,000. There are two smaller prayer halls, with a capacity of 1,500 each, one of which is the women's prayer hall." - Wikipedia 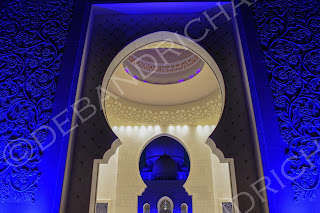 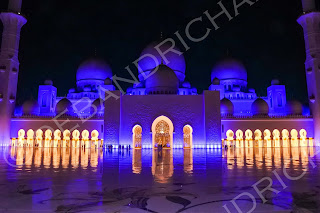 There was several murals of the tree of life. 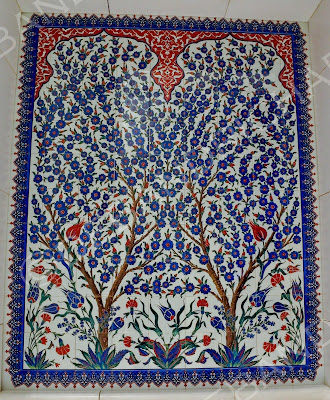 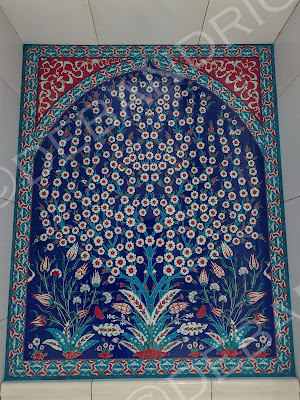 "The pools along the arcades reflect the mosque's spectacular columns, which becomes even more glorious at night. The unique lighting system was designed by lighting architects Speirs and Major Associates to reflect the phases of the moon. Beautiful bluish gray clouds are projected in lights onto the external walls and get brighter and darker according to the phase of the moon." - Wikipedia 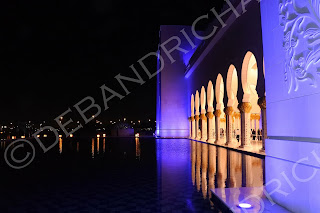 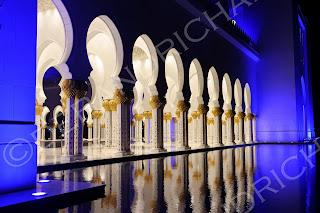 My second visit to the mosque was during the day. 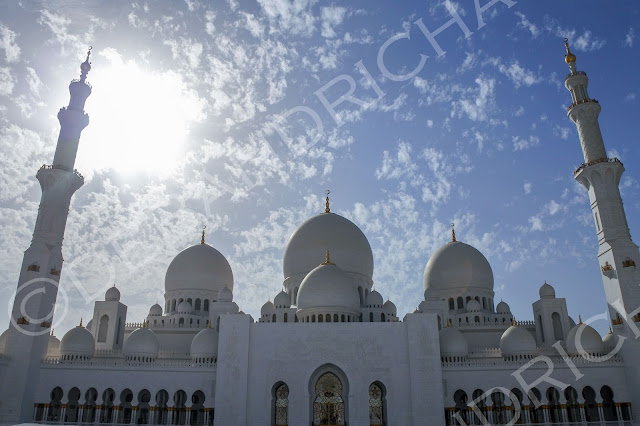 "There are four minarets on the four corners of the courtyard which rise about 107 m (351 ft) in height. The courtyard, with its floral design, measures about 17,000 m2 (180,000 sq ft), and is considered to be the largest example of marble mosaic in the world." - Wikipedia 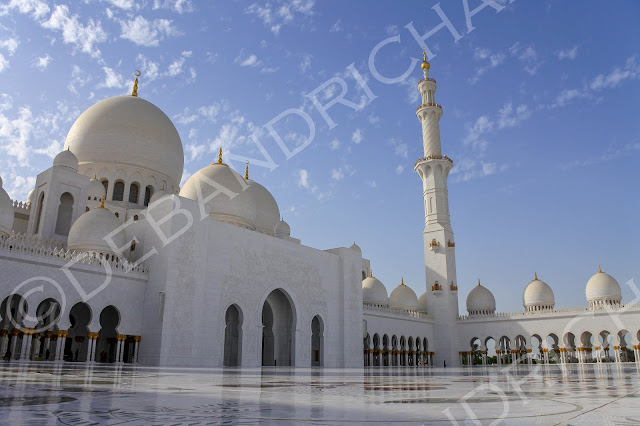 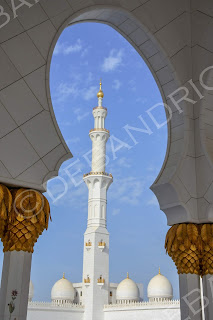 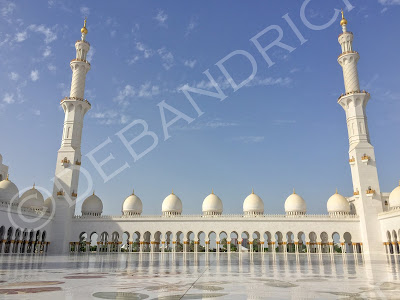 The mosque has 82 domes of seven different sizes. 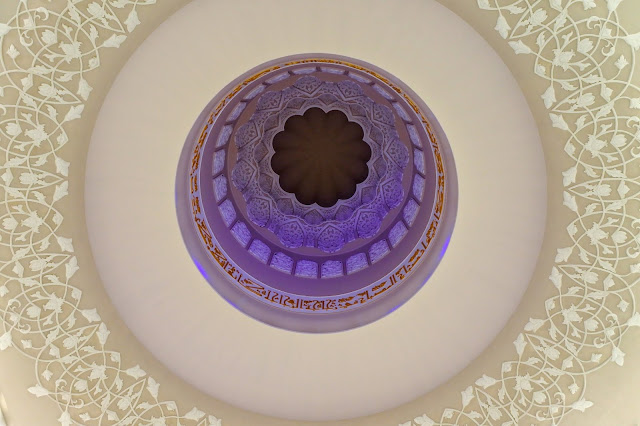 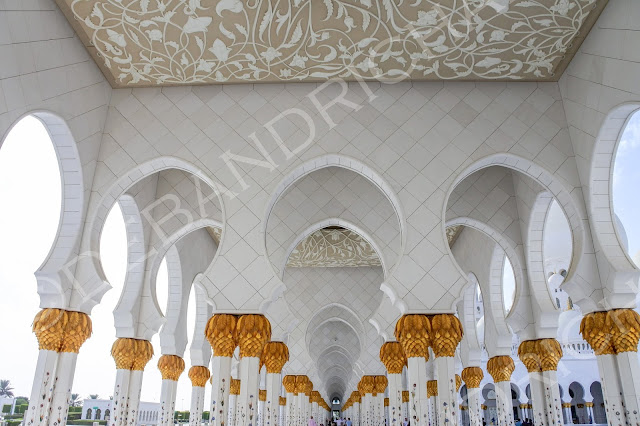 "The Sheikh Zayed Grand Mosque has seven imported chandeliers from the company Faustig in Munich, Germany that incorporate millions of Swarovski crystals. The largest chandelier is the second largest known chandelier inside a mosque, the third largest in the world and has a 10 m (33 ft) diameter and a 15 m (49 ft) height." - Wikipedia 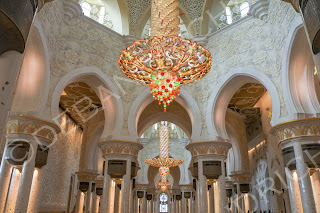 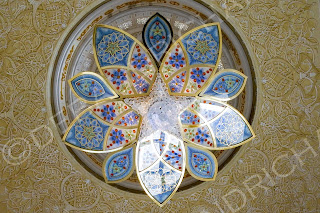 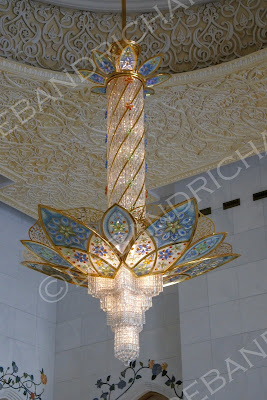 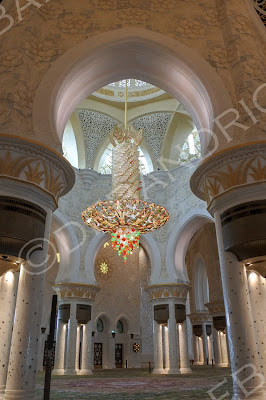 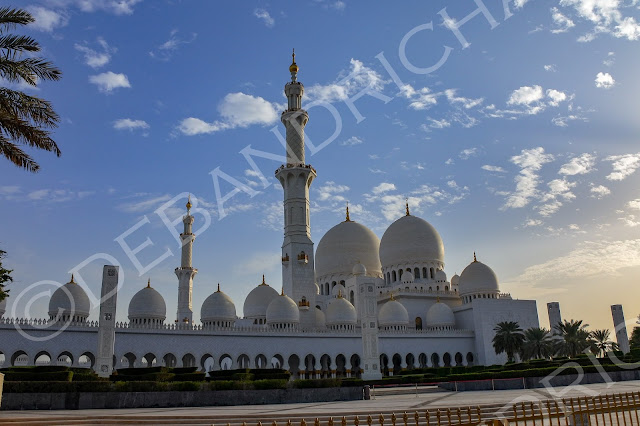 In my opinion the mosque was breathtakingly beautiful. I just wish I would of had more time to spend in Abu Dhabi. There were amusement parks and Dubai is just an hour away by car. 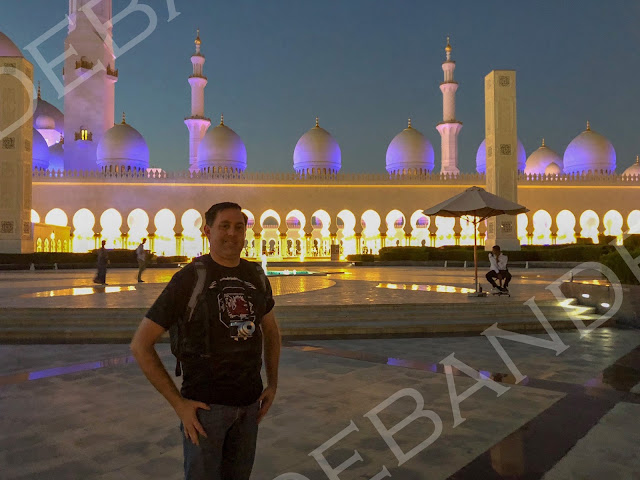