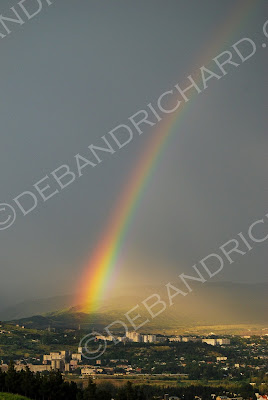 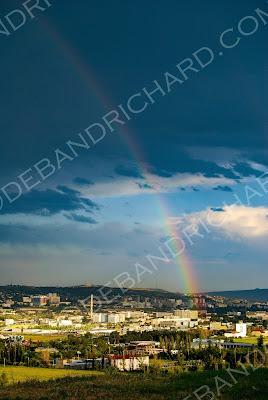 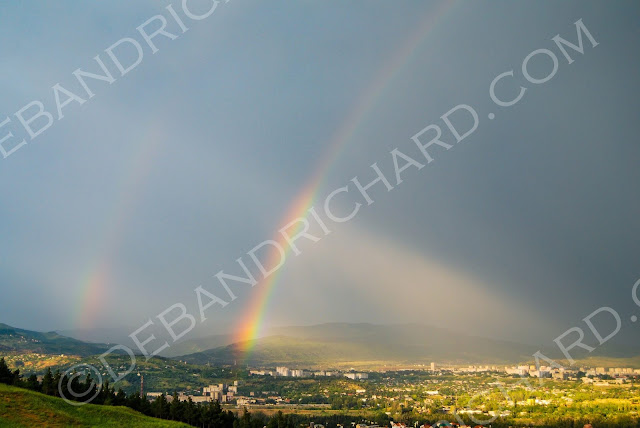 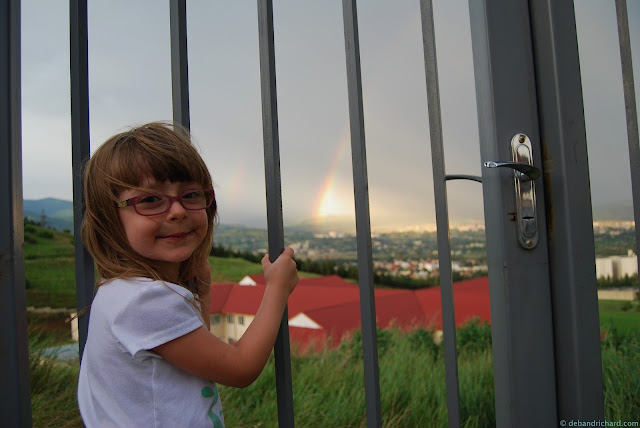 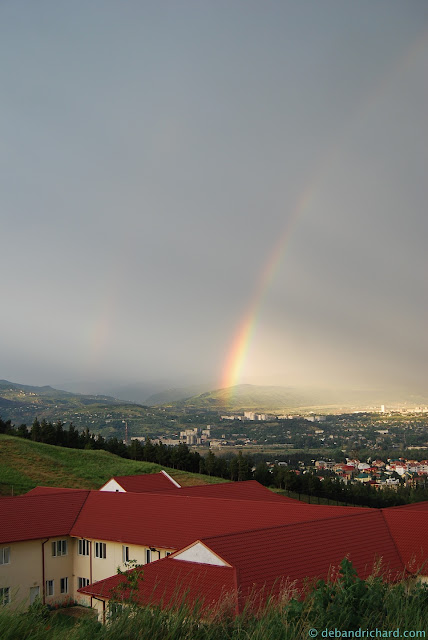 Sunday morning, Richard and I both received the oddest of text messages at little after 7 in the morning. 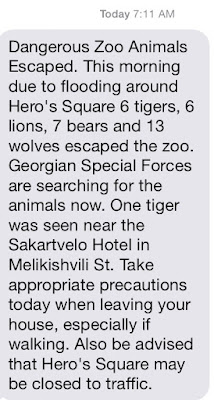 Uh...okay, that will make you open your eyes fast. Unfortunately, we don't subscribe to cable here (since only Mason would be able to understand some of the Russian and nobody would understand the Georgian), so it was hard to really find out what was going on. I did find this YouTube video of the destruction. From my understanding, there was a bad thunderstorm that triggered a landslide. The debris from the landslide hindered the Vera creek's ability to handle all the rainwater....hence massive flooding. As of now, there are 12 deceased people, 20 missing, and half of the Zoo's 600 animals were lost.

This article has a number of photos of the loss as well.

I drove through this tunnel last week! (Photo from Tbilisi City Hall Facebook page...they have a ton of photos on their webpage....the out pouring of donations and manual labor to help with the destruction is remarkable).


The hippo became quite the sensation showing up on the news around the world (seen in Washington DC, Missouri, and Iowa to name a few). A number of news outlets have posted this photo of Tbilisi's now famous hippo. This short video shows the hippo happily at home again in the last minute or so.


At the end of April, Clarissa's class took a field trip to the zoo (I also took the kids one day last summer). While it was small, they had a good variety of animals. So I thought I would share some of the photos Clarissa's preschool teachers took of the kids at the zoo (you can also get an idea as to how easily the animals were able to get loose) and it is a better way to remember them than lying dead among the debris. 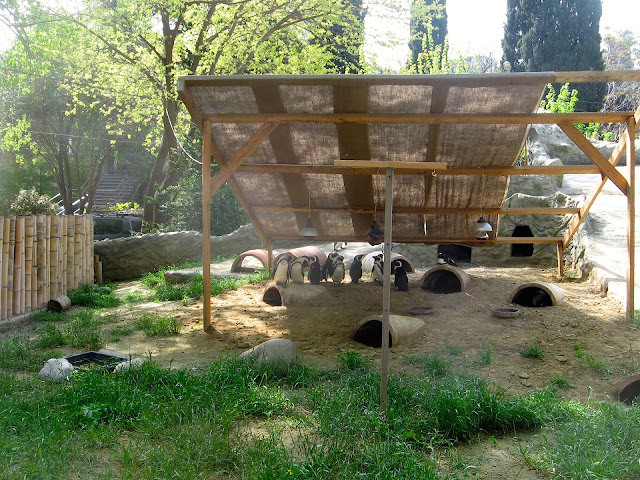 Clarissa's favorite animals were the penguins. I've read (don't know how accurate it is) that only 6 of the 17 penguins survived.

* Update: I read here that one of the penguins swam 60 km and made it to the Azerbaijan border! How funny! 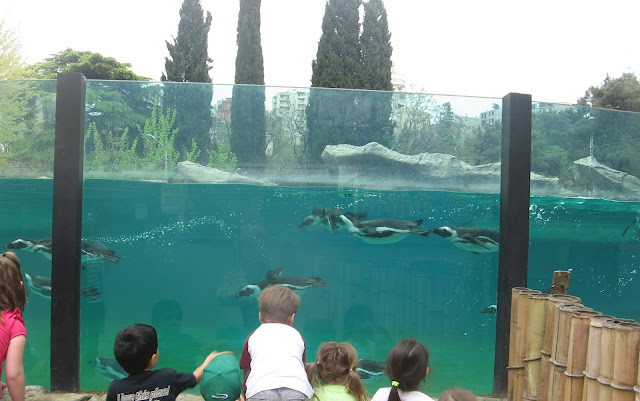 I am at a loss for what else to say. The city is working hard to get Hero's square (huge traffic circle) opened back up. From what I've heard, a normal 20 minute drive to/from downtown is taking closer to 2 hours due to all the road closures forcing all the traffic onto a couple roads. With school getting out today, we will likely avoid downtown until after we return from R&R to just help alleviate some traffic congestion because we can get most of what we need in our area.
Posted by Deb at 12:22 PM 1 comment: 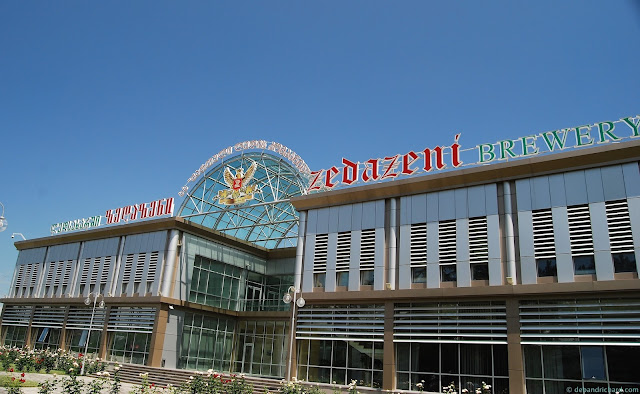 End of an Era

This week, Clarissa's teachers made the cutest bulletin board at school.

The teachers waving goodbye as 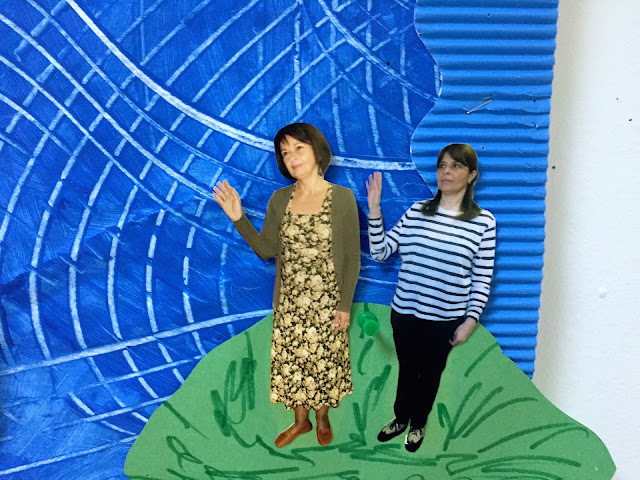 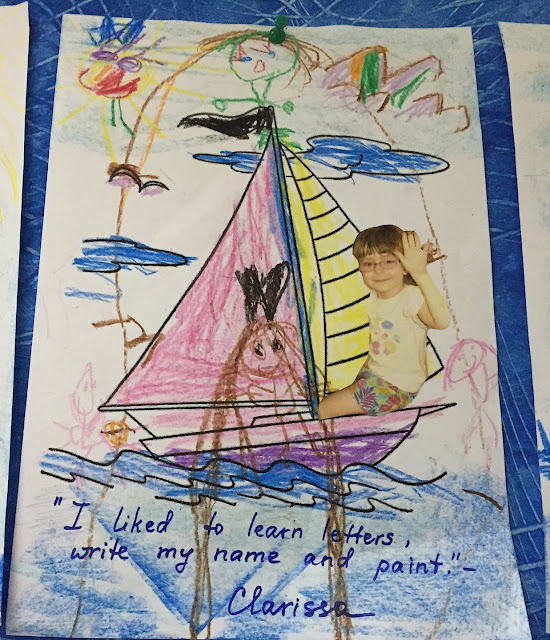 Friday was the preschool spring program as well as 4-year olds graduation. So it began with singing and dancing. Clarissa demonstrating how she'll be coming around the mountain when she comes.... 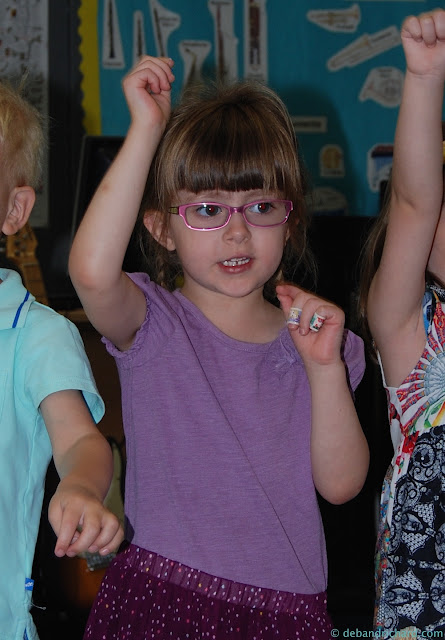 The song ends with her sleeping.....so sweet! 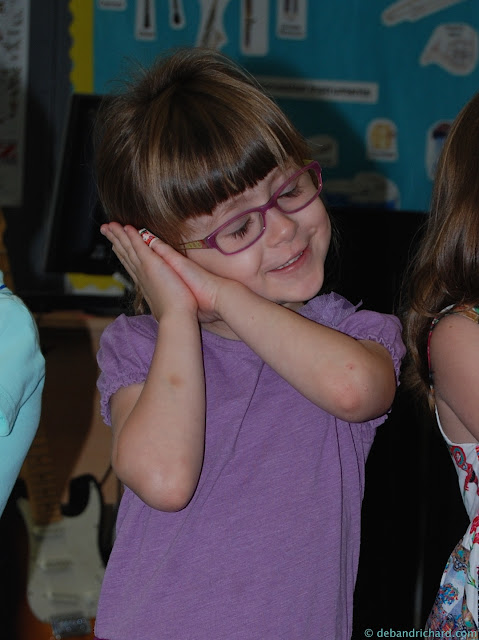 The girls love dancing and jumping....the boys not so much.... 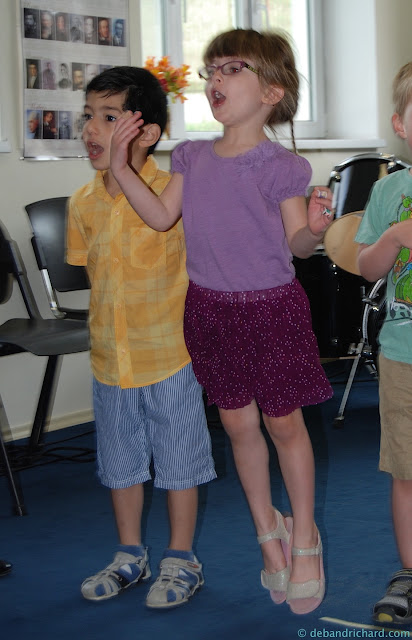 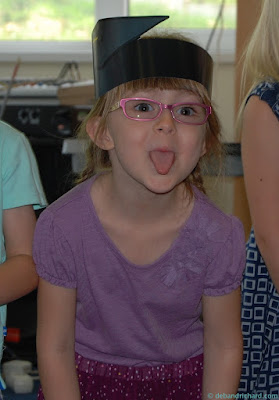 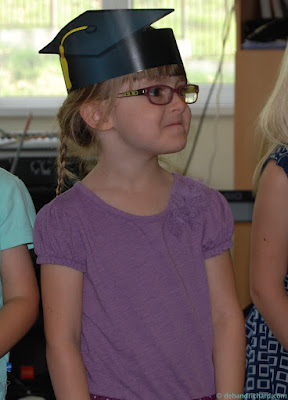 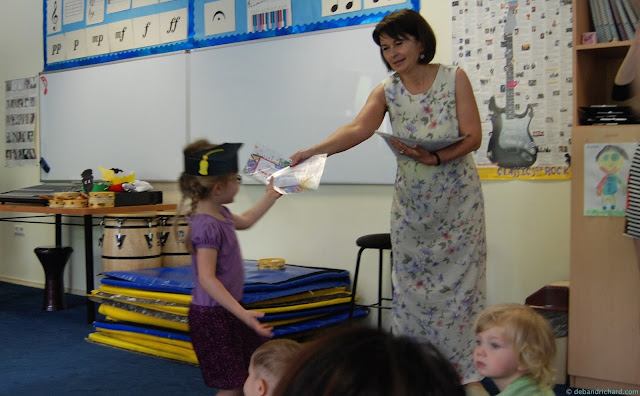 I don't think they quite understood the tossing of their caps....they all just waved them in the air.... 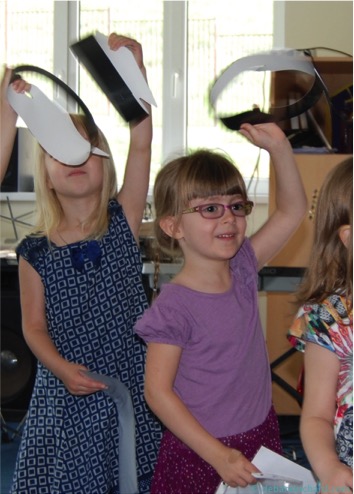 Afterwards it was free dance time....her and her buddy Theo are having a blast.... 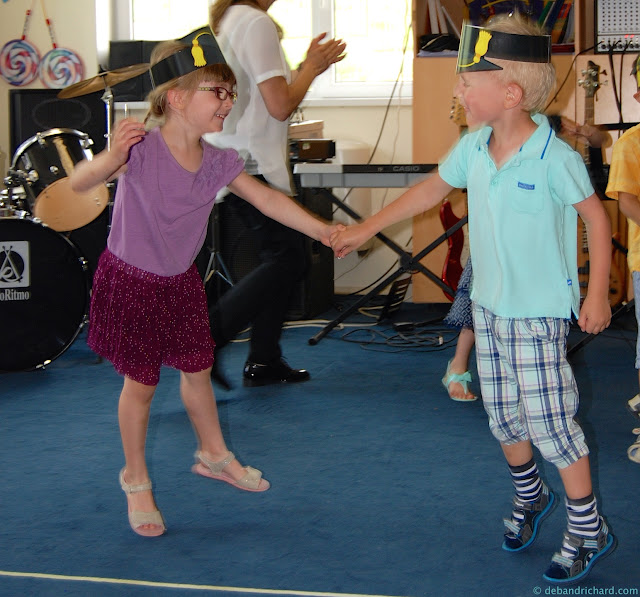 Great pics with daddy and mommy! 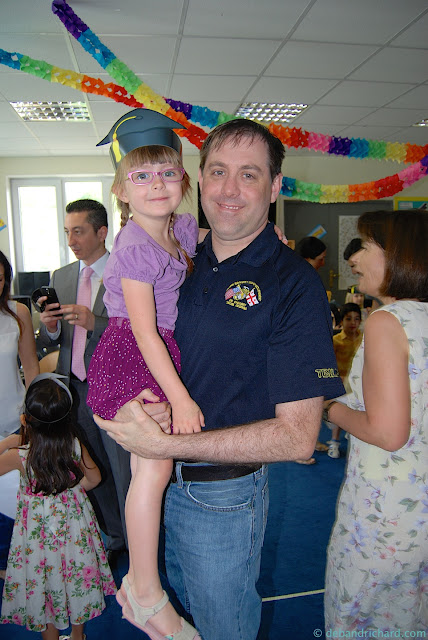 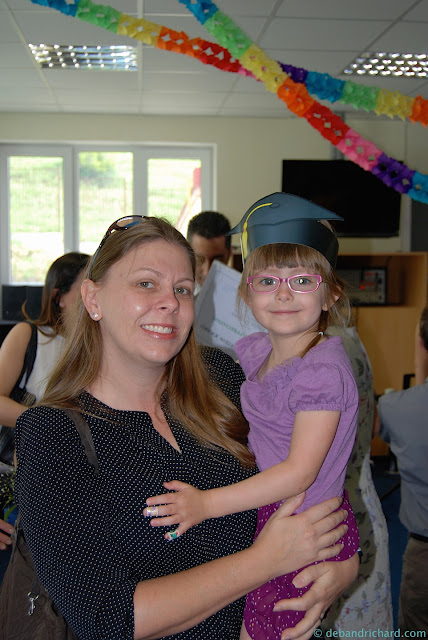 Mason headed back to class before we could get a picture of them together. Preschool-Era has ended....my babies are growing up!
Posted by Deb at 9:31 AM No comments: 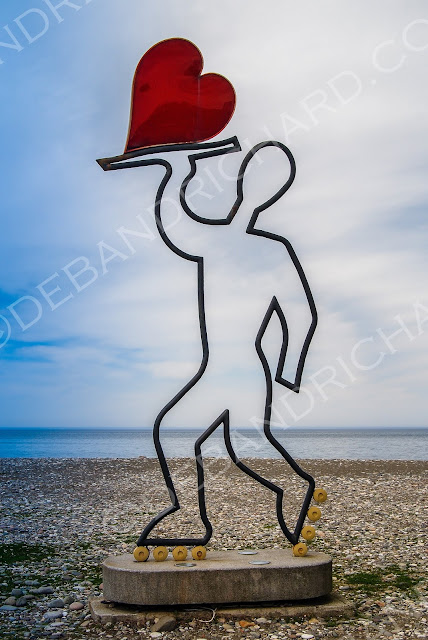 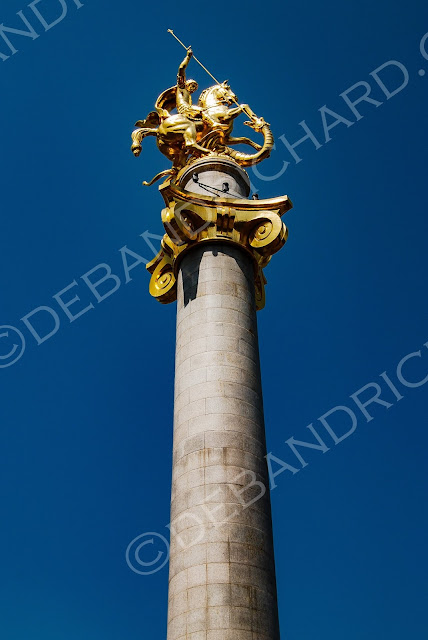