So we when driving up to DC back in mid-July, we had no idea how long we would be here. It made it tricky for deciding what clothes to bring (well not too tricky, winter isn't very cold in SC....we don't really have any winter clothes). By the end of July though, we knew where we were going and our approximate departure date. So the other day, Richard and I realized that we are about 2.5 months into a 5 month stay.....while it seems we've been here a while (as well as just got there)...it's almost time for us to move on as well....eek!

We have done a good bit while here in DC: 2 trips to the National Zoo, 2 trips to Wheaton Park (Clarissa is in love with train and carousel rides), innumerable trips to Smithsonian museums, Lincoln's cottage (who knew Lincoln was the first commuting president!), tons and tons of walks to the close by playground (as well as scope out new playgrounds), hang out with my brother and his family and my parents. The kids have started swim lessons, dance, gymnastics, and scouts (anybody want some popcorn?!?)......so to summarize....normal, crazy busy (and I used to fit work into that).

Oh....btw the way, I have been working on those last two blog posts for a while....bits and pieces here and there. I have no clue whatsoever how people with multiple school age kids can homeschool them all at once. I am just working with Mason (and its an online school, I don't have to plan anything just go through the assignments with him). Since we need to finish the semester before our departure date, I'm going to have to do a little double time to finish a few of the courses.....eek! Hopefully (especially once I'm done with consumables/HHE pack out), I will have more time to blog.
Posted by Deb at 9:57 PM No comments: 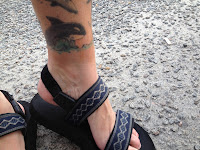 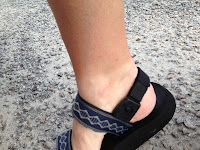