So over the Veteran's Day weekend, the Italian Air Force Acrobatic Team and Qatari Display Team held an airshow.  What is Italy's Tricolori Aerobatic Display Team? Well let me show you. 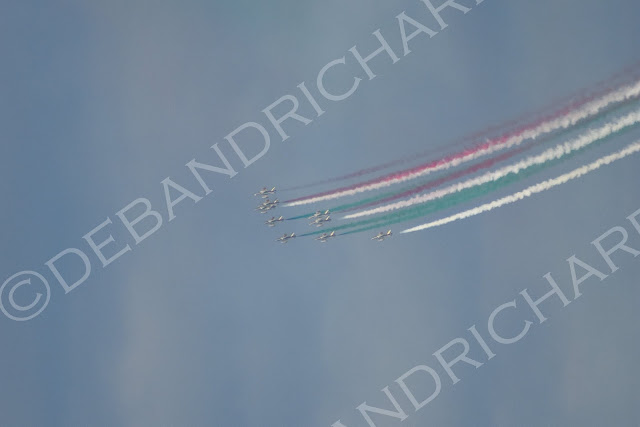 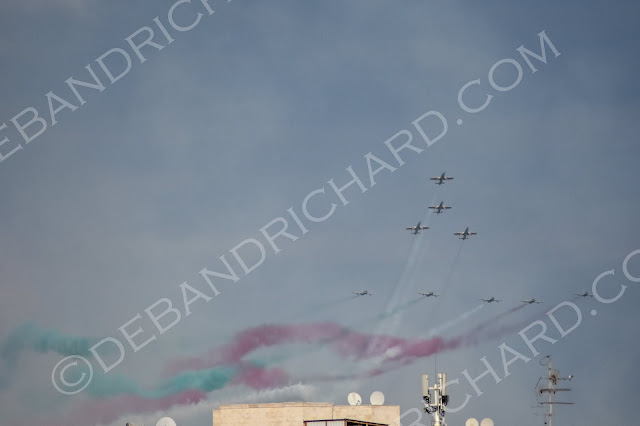 The second day of the show was on Sunday, which while normally a work day Richard had it off due to the holiday (but kiddos were in school). It rained that afternoon, so the show was delayed. We opted to enjoy it from the comfort of our top floor balcony as oppose to dealing with crowds in the rain. 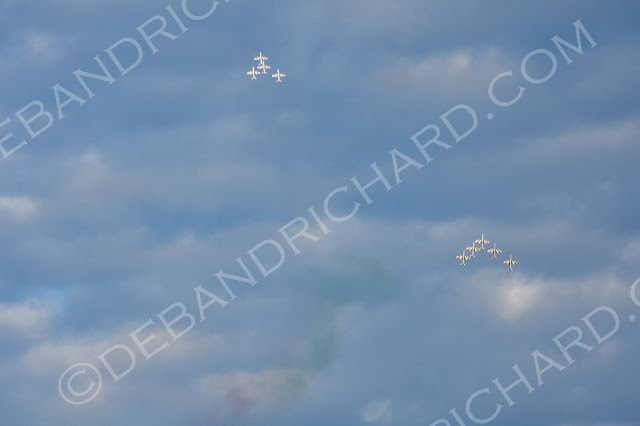 The planes were colored white/gray on one side and blue on the other side, but both sides had the Italian flag colors painted onto the planes. 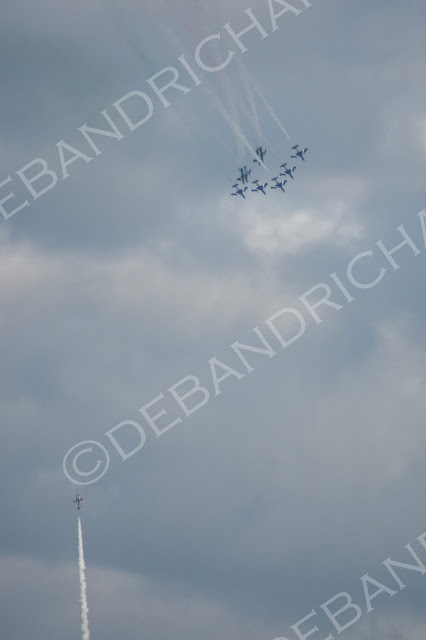 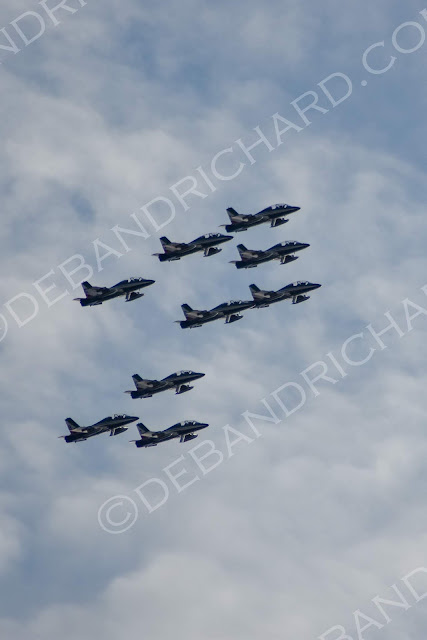 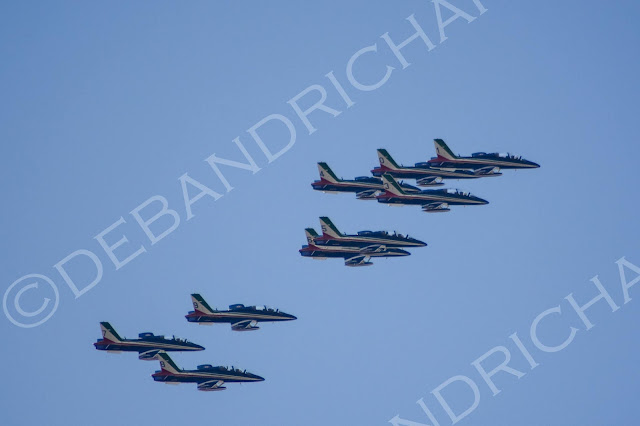 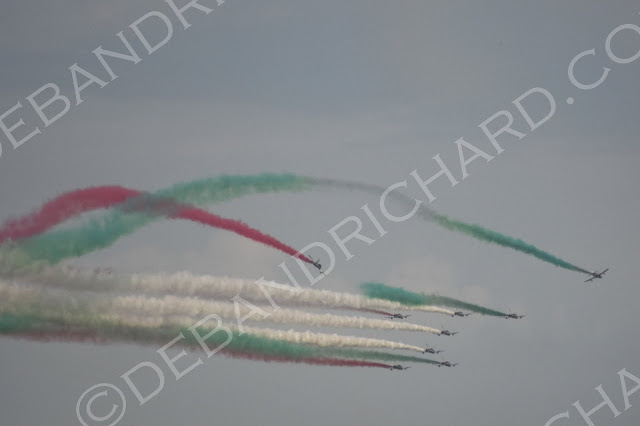 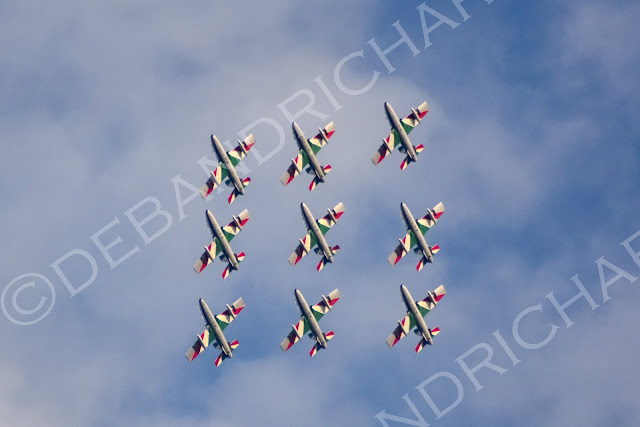 Ok, so maybe our porch viewing point removed some depth of field...but makes for a more unbelievable photo! 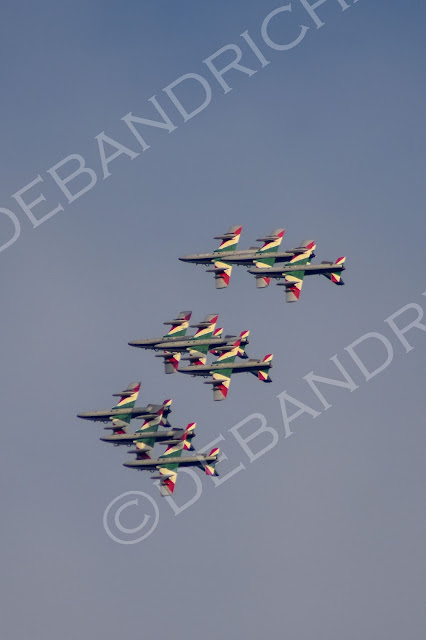 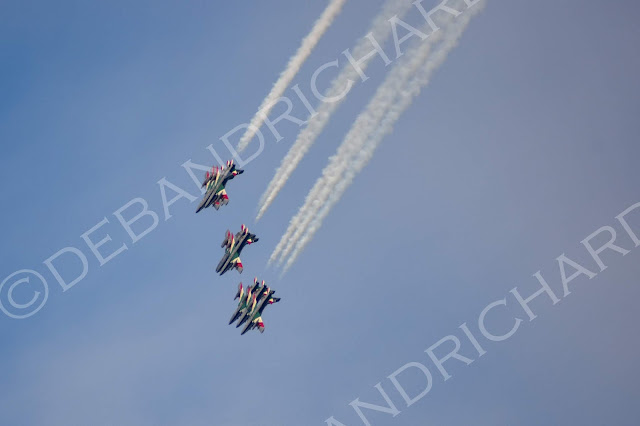 Zip and zooming every which way. 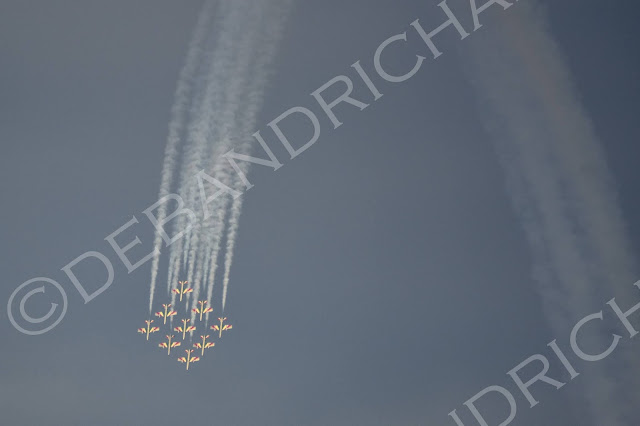 Wait for me guys! 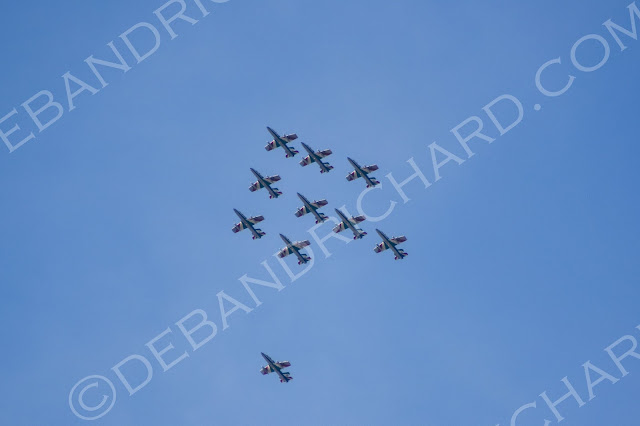 It was a nice relaxing, crowd free air show (and the kids got home from school while we were up on the porch and caught the last few minutes of it).
Posted by Deb at 9:45 AM