Back in May, I was lucky enough to be able to attend some week long training in Vienna, Austria. My understanding was, for my position "extra" training (beyond what you normally would get at FSI) is not a normal occurrence. Of course, each Post and position can be different.

Due to some staffing changes at Post, I was asked to attend ISSO (Information Systems Security Officer) training. The closest training to me ended up being in Vienna. I have been to Austria before (Innsbruck) back in 2000, but I have never been to Vienna. Due to airfare price, Deb and the kids weren't able to join me ($500/pp round trip x  3 would be pricey) so I got to go by myself (don't feel bad though, Deb and her Dad got to go to Warsaw for a few days while I stayed with the kids).

I'm a big fan of using Instagram. It's much easier to take pictures with my iPhone and let Instagram do the post processing for me vs lugging around a dslr and then having to do post production on the computer. Plus it's easier to stash my phone in my back pocket.

As with almost every flight out of Tbilisi, you leave at the crack of dawn (or sometimes before). This was the view from my site as the sun began to rise. 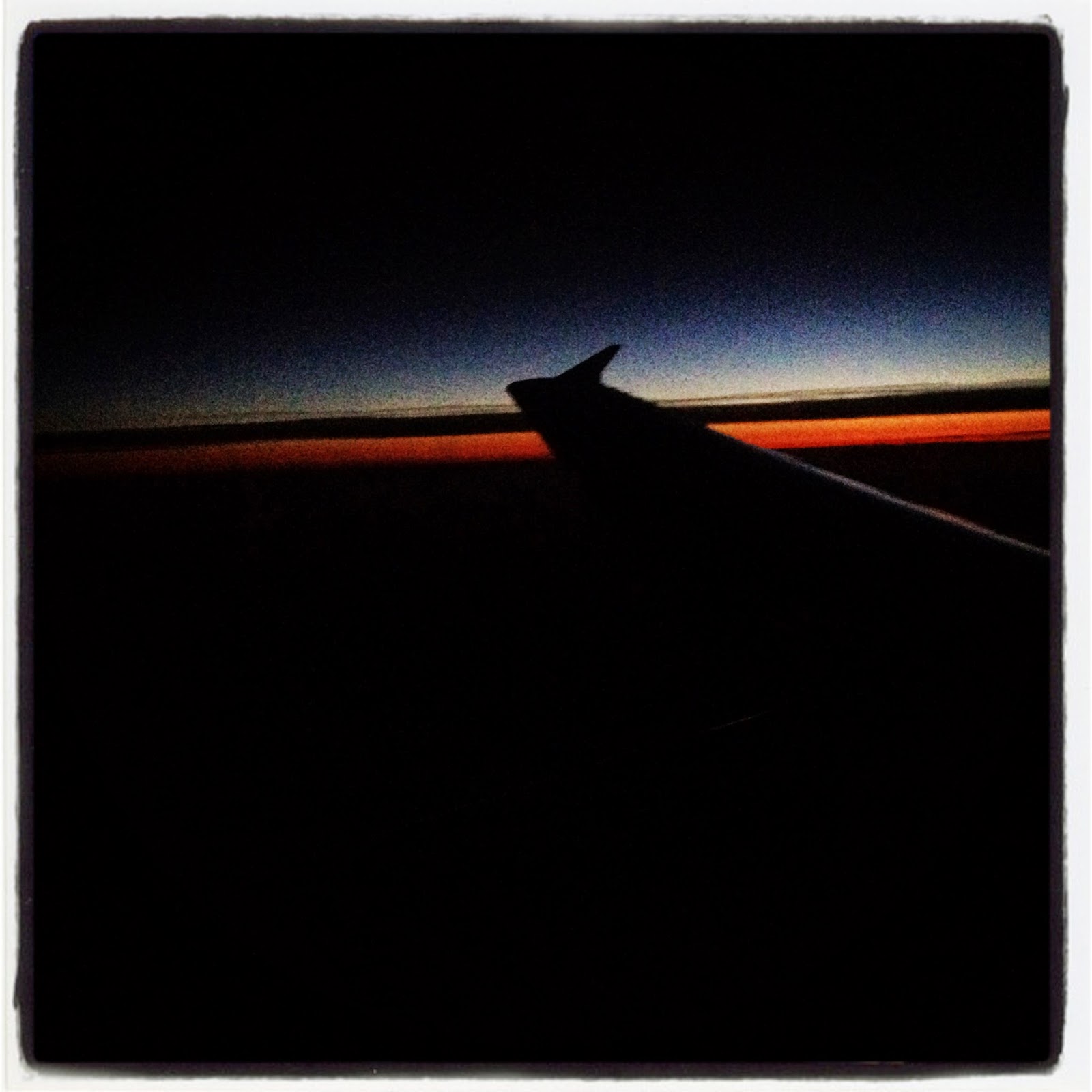 Most of my days were spent in class, but I did get the chance to explore some in the late afternoon/evenings after class. The hotel I was put up at was in the Museumsquartier (aka Museum Quarter) of Vienna. The hotel was very trendy, not a place I'd normally stay but it was nice. 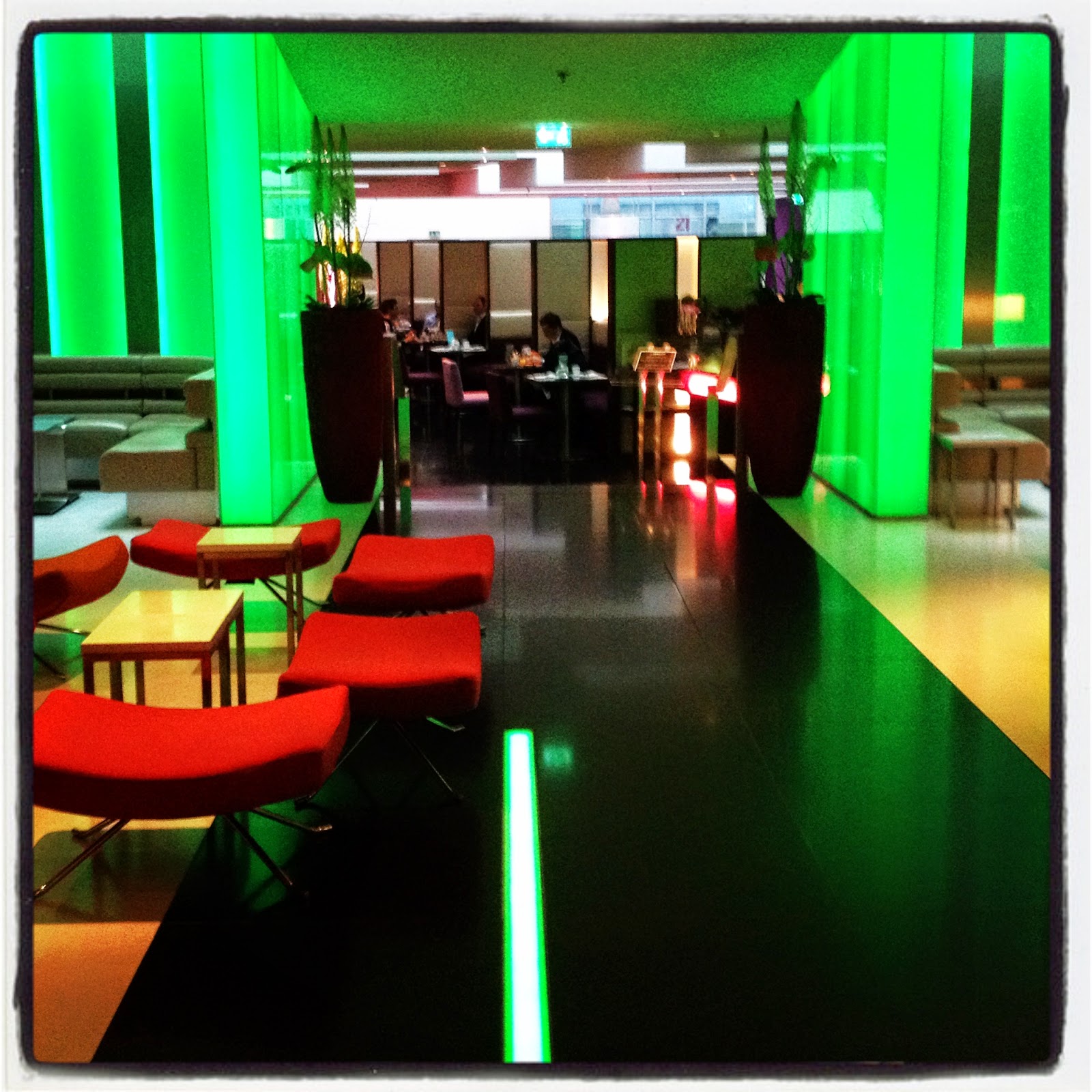 I had to take a picture of the bathtub and send to Deb. I'm not a huge bath fan, but I will admit I indulged in a few baths while there (the tub was too good to pass up). 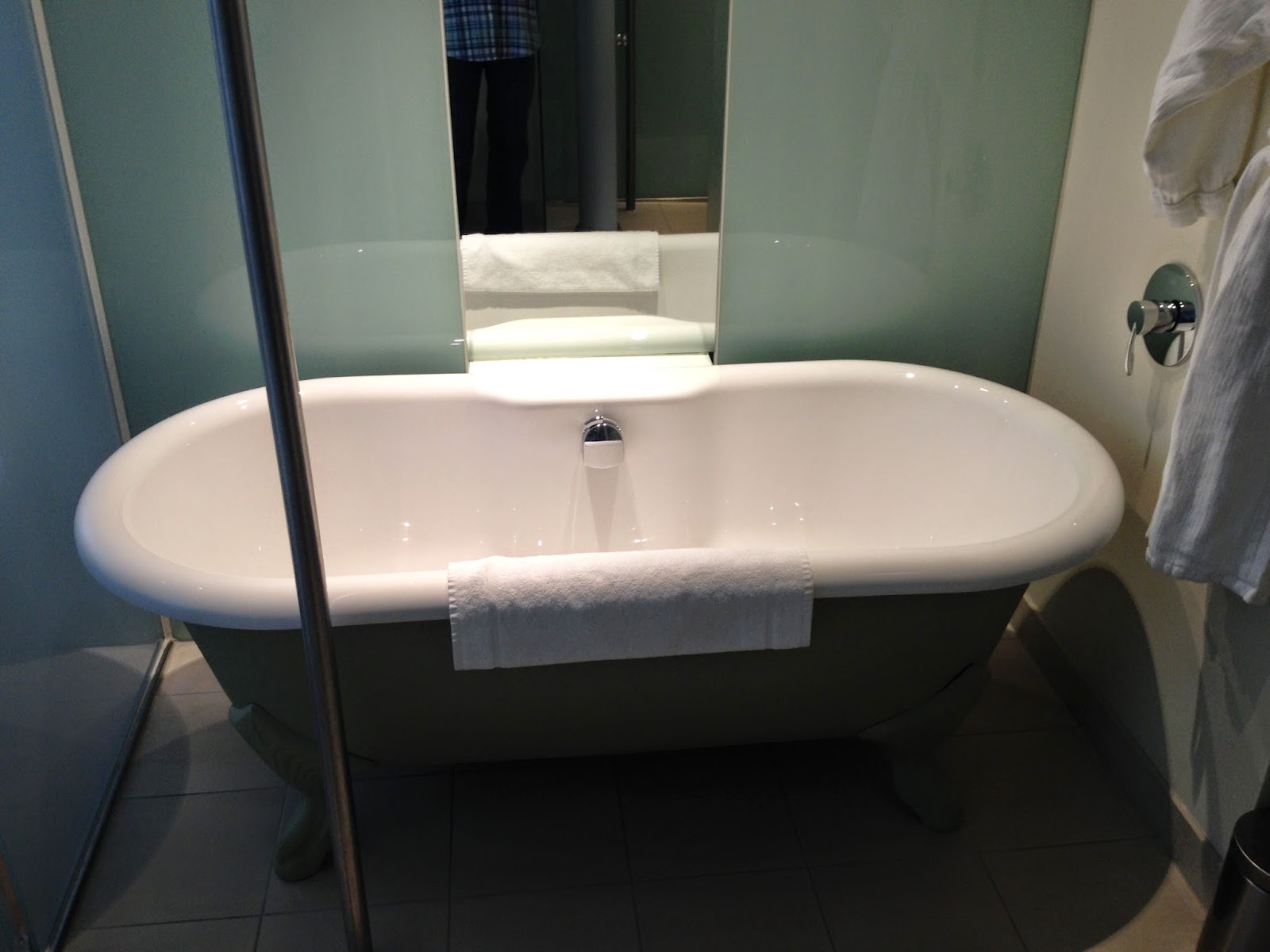 I've come to ignore the weather forecast in Tbilisi, as I've found it's not correct quite often. So I chose to ignore the forecast for Vienna. It had been warm in Tbilisi when I left, so I figured it would be warm in Vienna too. Wrong, it was cold, windy and rainy. So I only ended up with 2 afternoons where I could go out and explore before the rain set in at the end of the week.

Obligatory selfie in front of the Hofburg Palaces Neuberg wing. This is now the National Library or Austria. Note my hair being blown around. 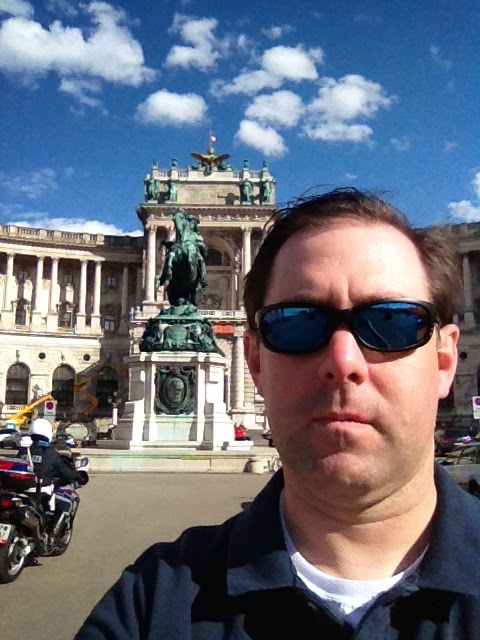 Stephandsom, St. Stephens Cathedral. The church was completed in 1160 and is the "mother church" of the archdiocese of Vienna. 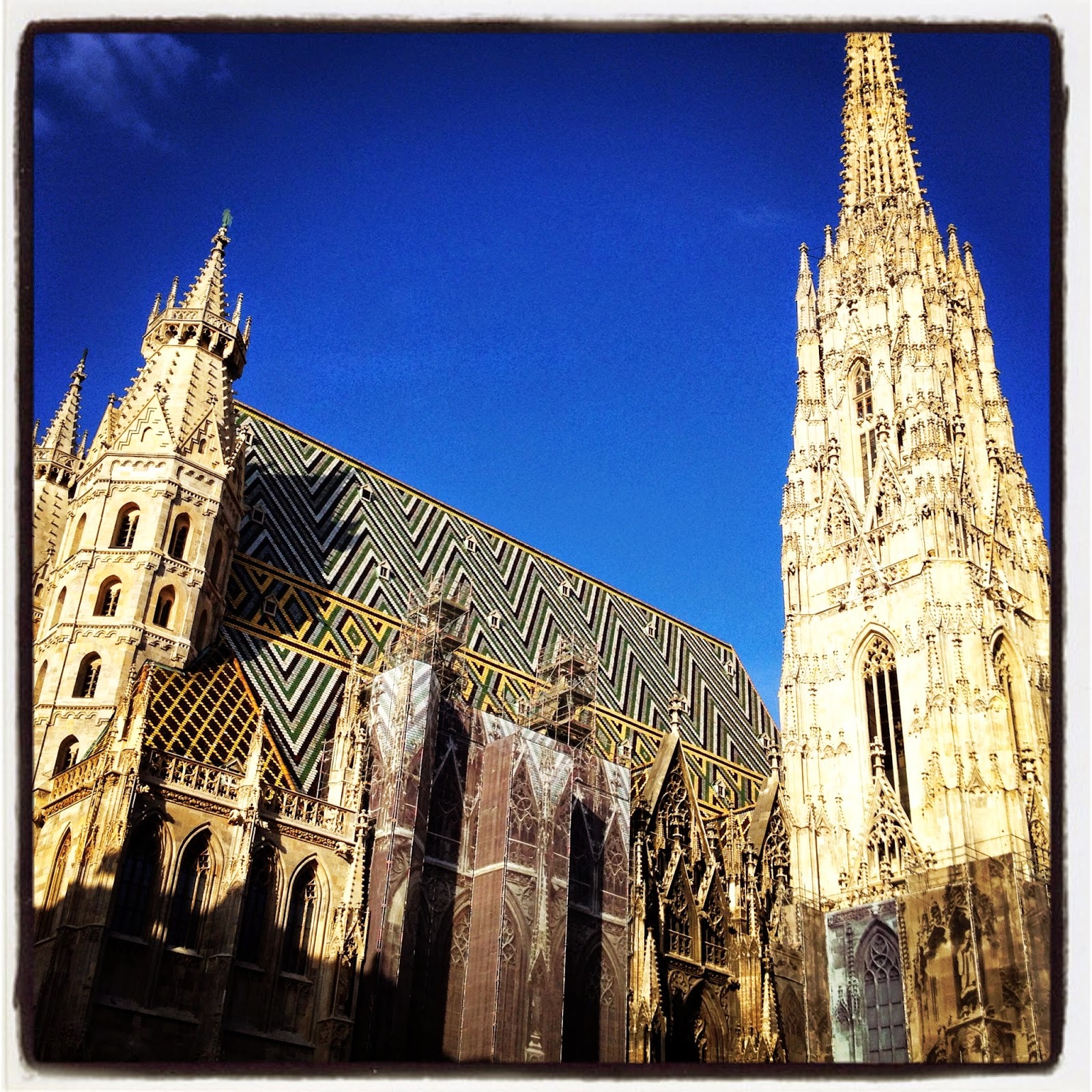 Peterkirche, St. Peters Church. This church was completed in 1733. 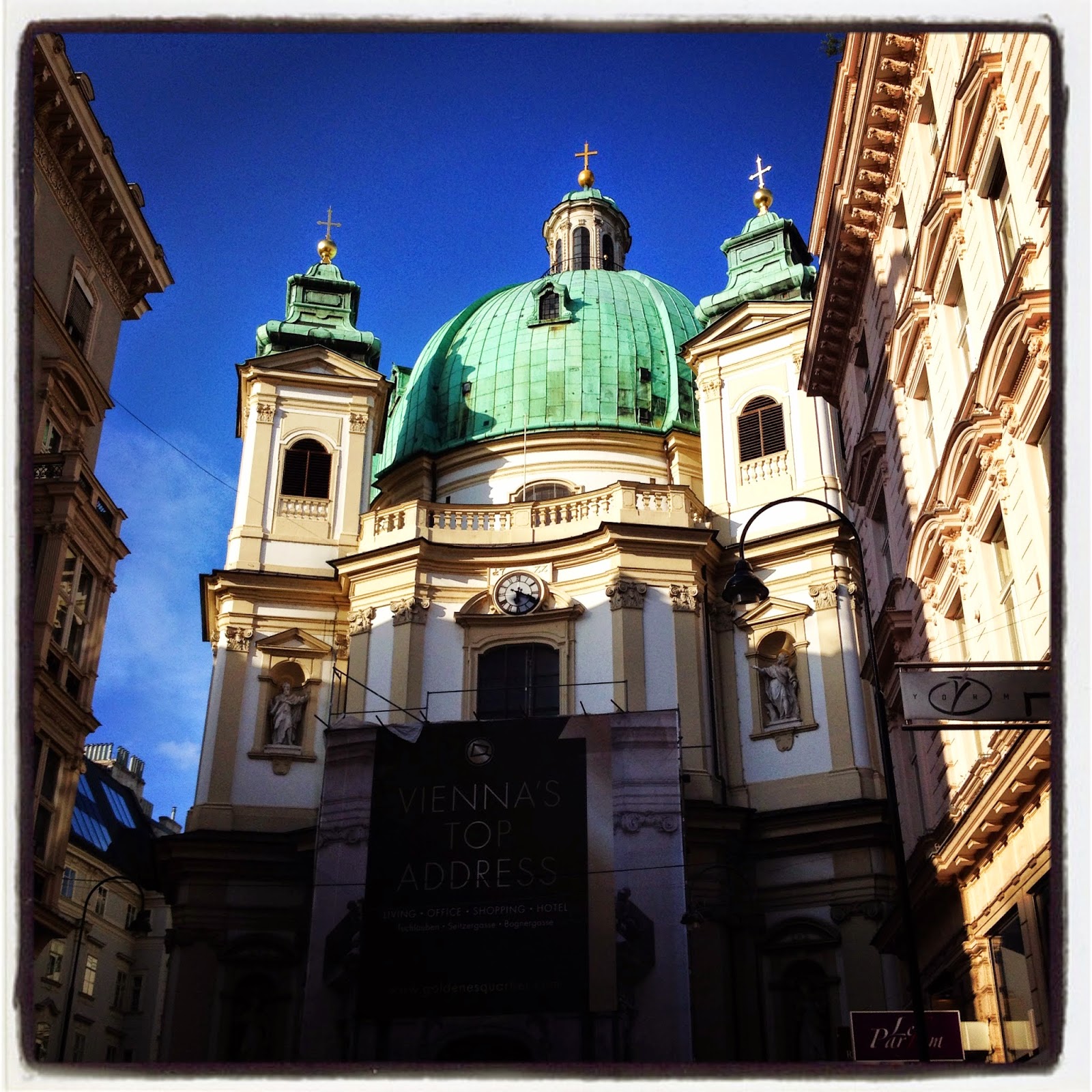 Strauss und Lanner statue, located in the Rathaus Park. This park is located right next to the Rathaus. This statue shows Josef Lanner, the "father" of the Waltz and Johann Strauss, whose family made the Vienna Waltz world famous. 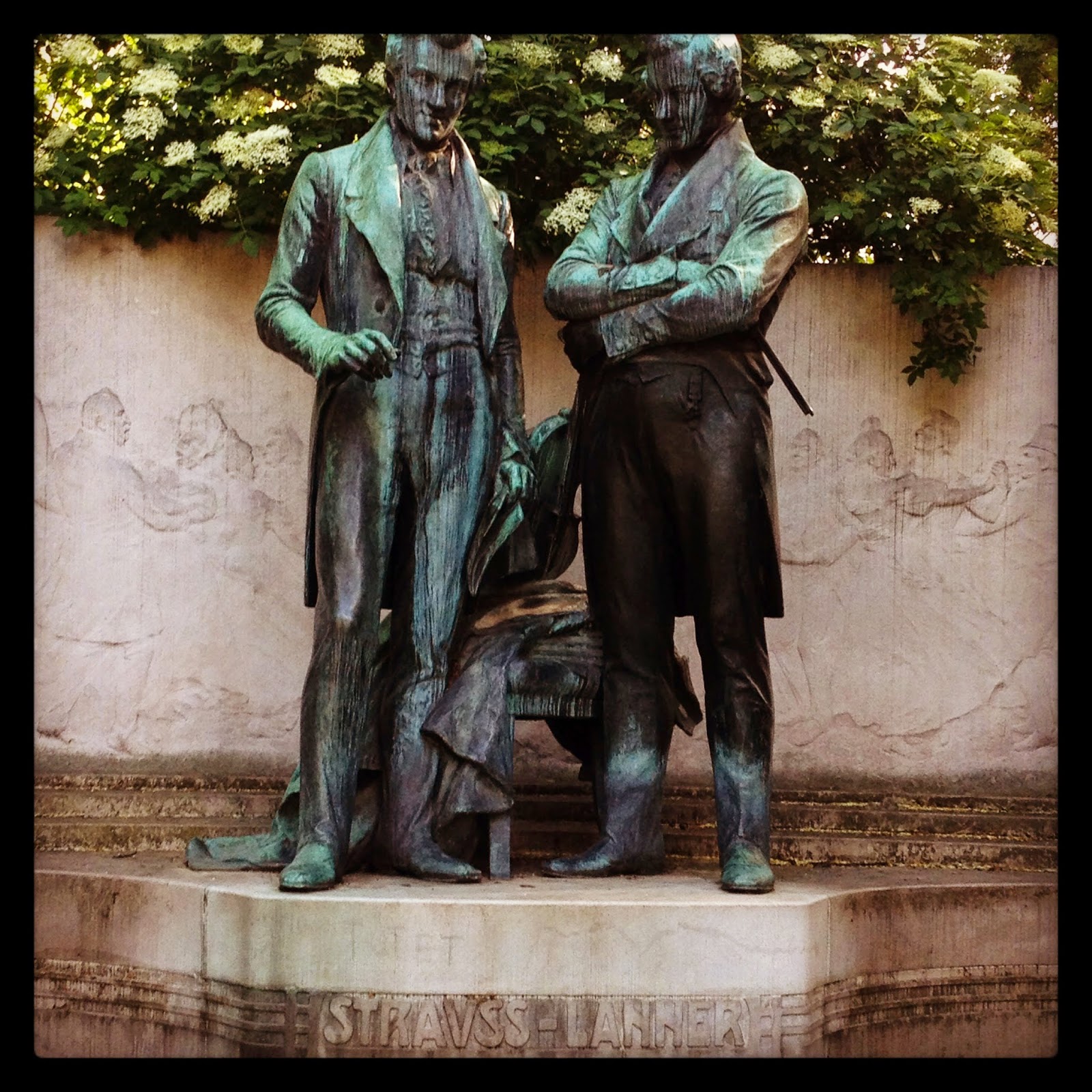 Rathaus, the City Hall of Vienna. The building is in Gothic style and complete in 1883. I walked past this building every day to and from class. 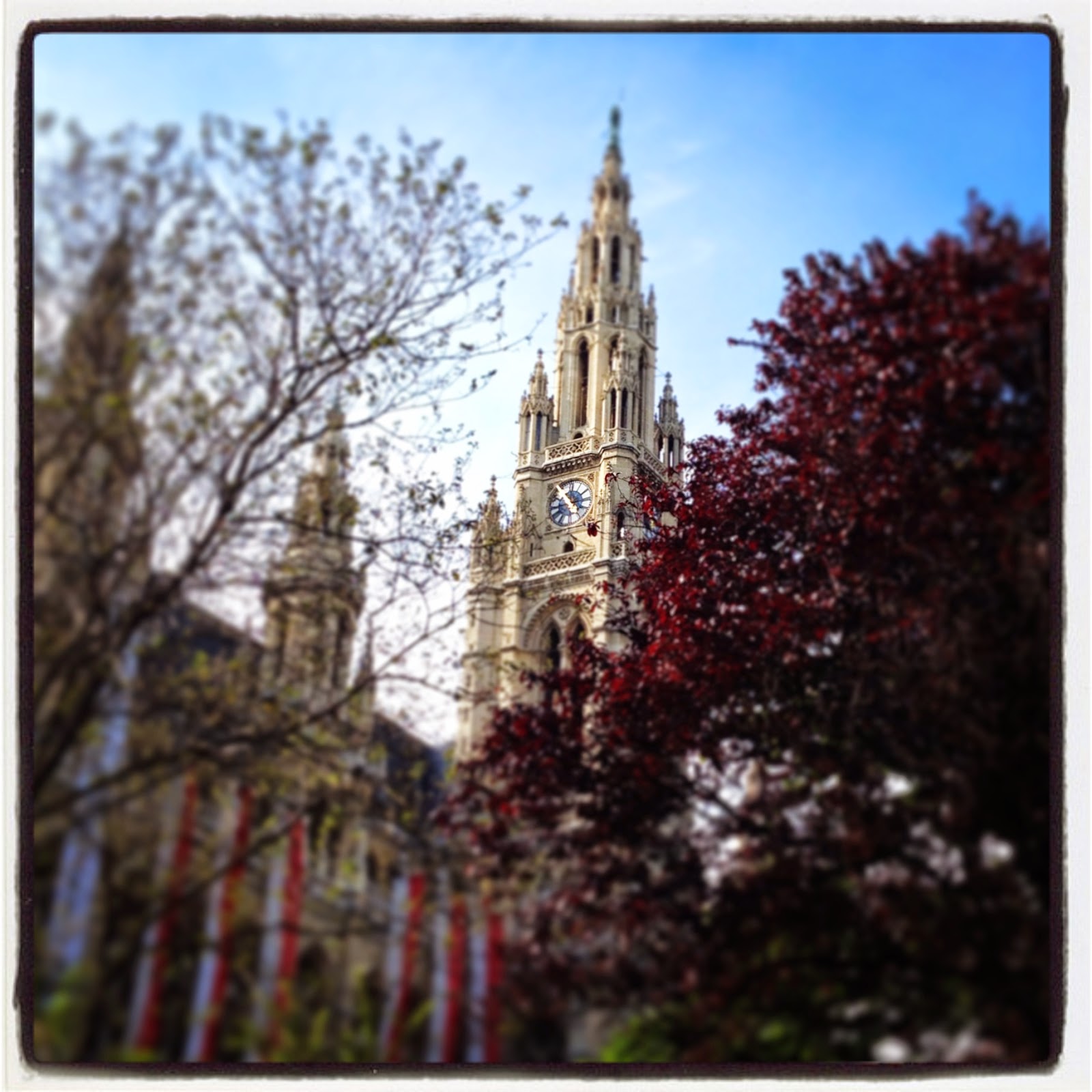 Another photo of Rathaus. Every year from November 14 - December 24, the plaza in front of the Rathaus is filled with stalls for the annual Christkindlmarkt. 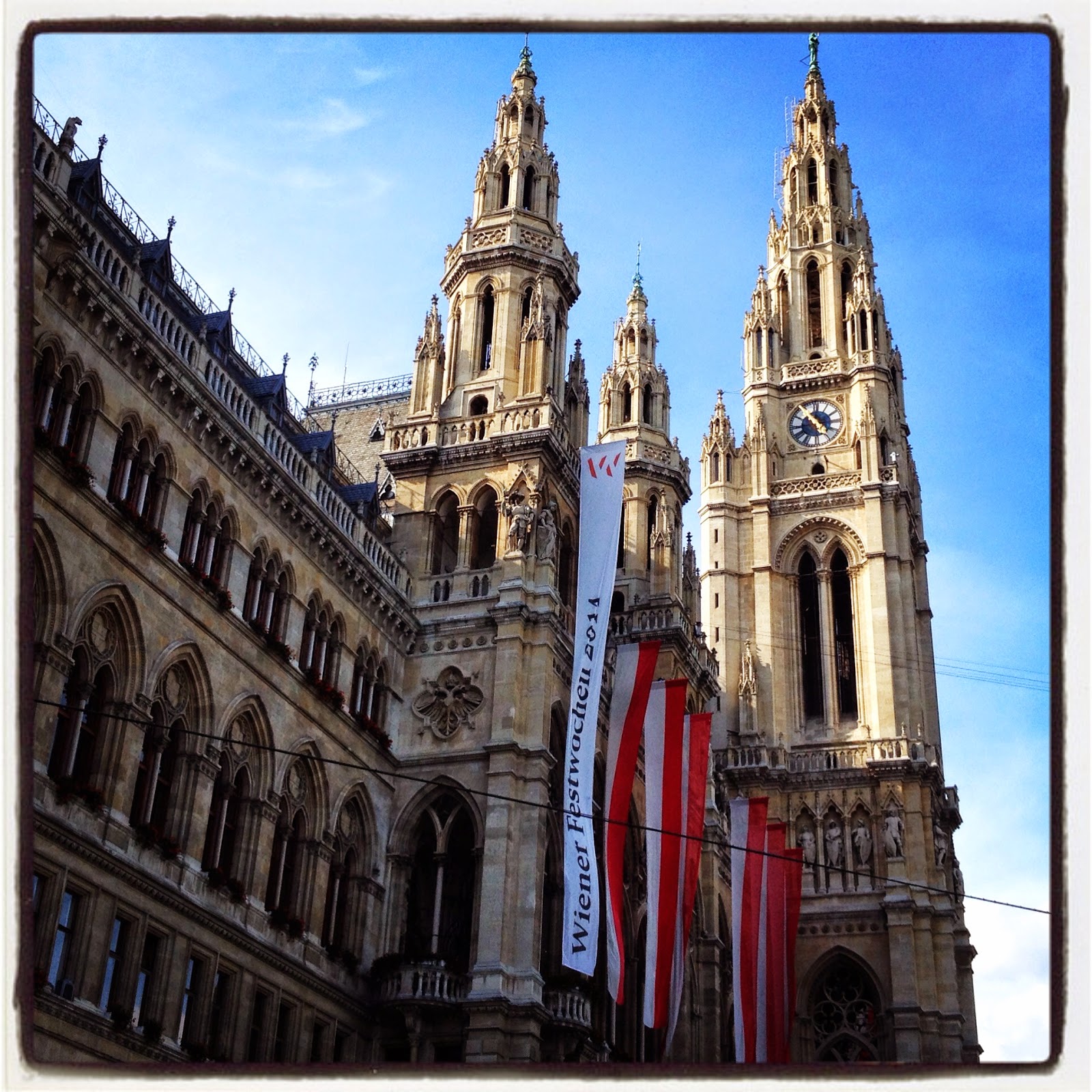 Kunsthistorisches Museum, aka Museum of Fine Arts. The building was opened in 1891 by Emperor Franz Josef 1 of Austria-Hungary. 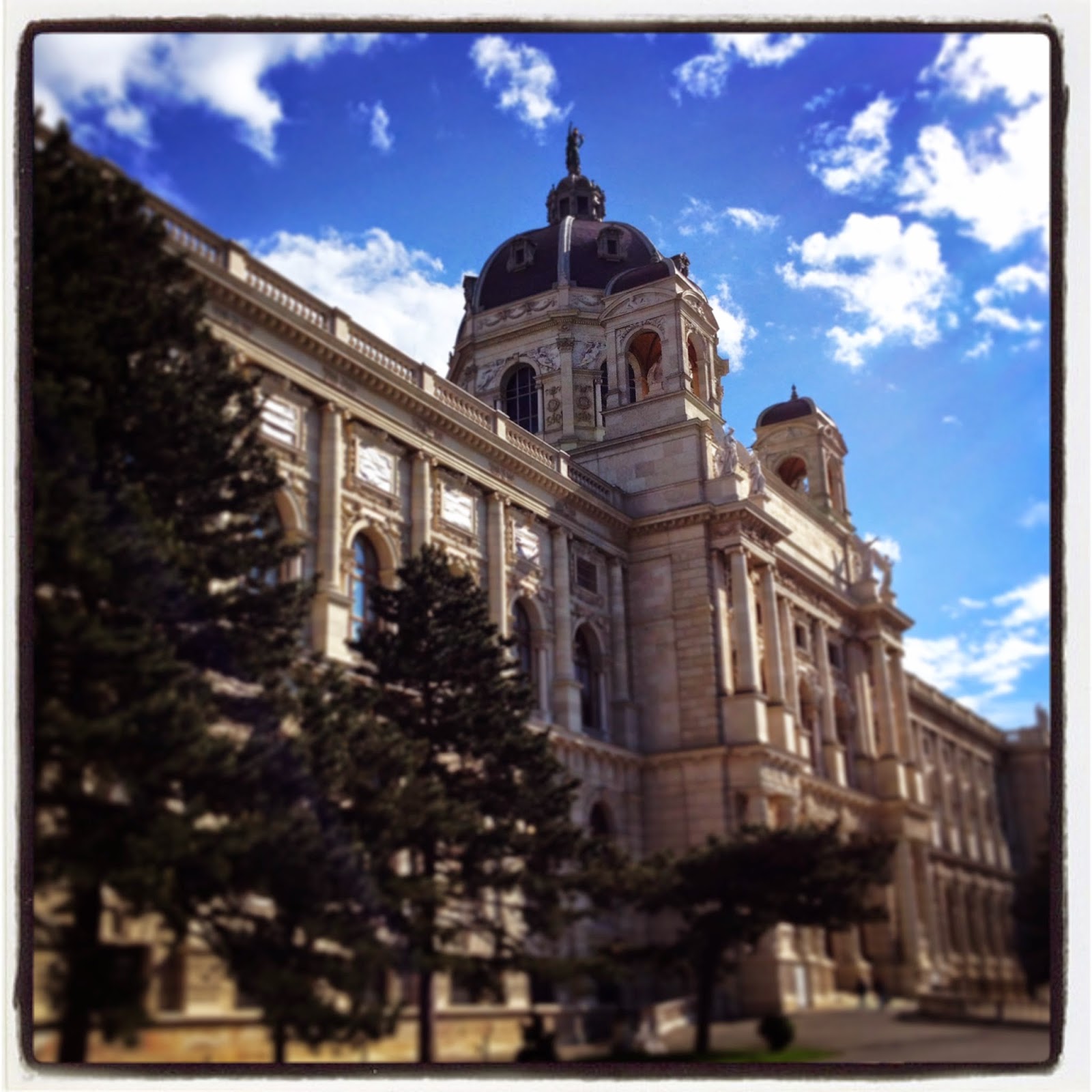 Karlskirche (St. Charles' Church). In 1713 the Black Plague swept through Vienna, and Emperor Charles V1 of the Holy Roman Empire, made a vow to build a church and name it after his patron Saint, Charles Borromeo. Borromeo was revered as a healer for plague sufferers. Construction began in 1716 and was completed in 1737. 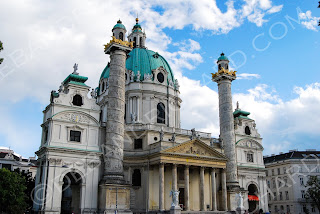 Austrian flag in the wind. 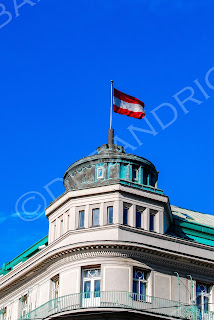 Eagle guarding the entrance to the Volksgarten (Peoples Garden). The park was originally part of the Hofburg Palace, and was built over fortifications that were destroyed by Napoleon in 1809. The park was opened to the public in 1823. 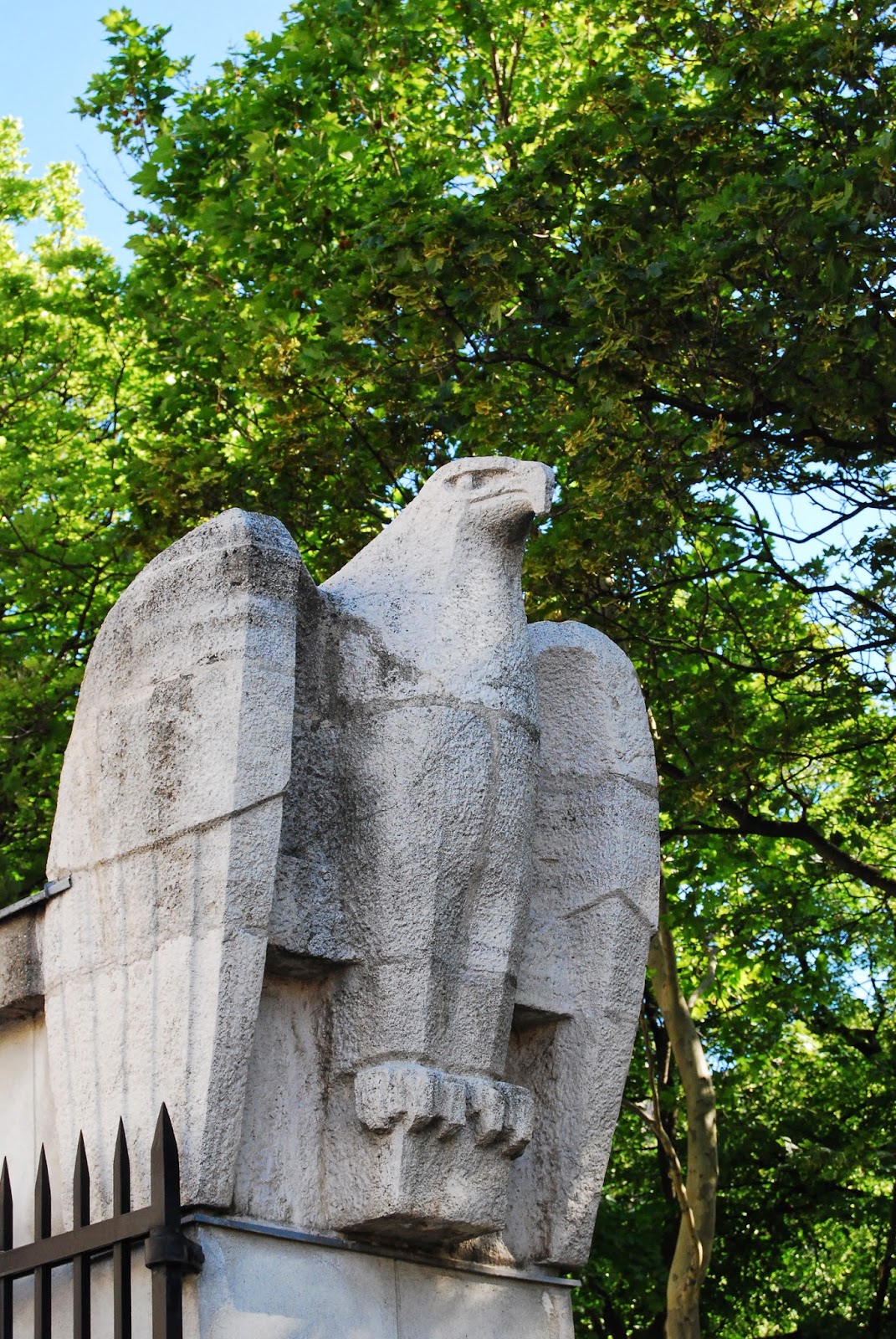 Another view of the Hofburg Palaces Neuberg wing. From this balcony is 1938, Adolf Hitler announced the "Anschluss" of Austria into the Third Reich. 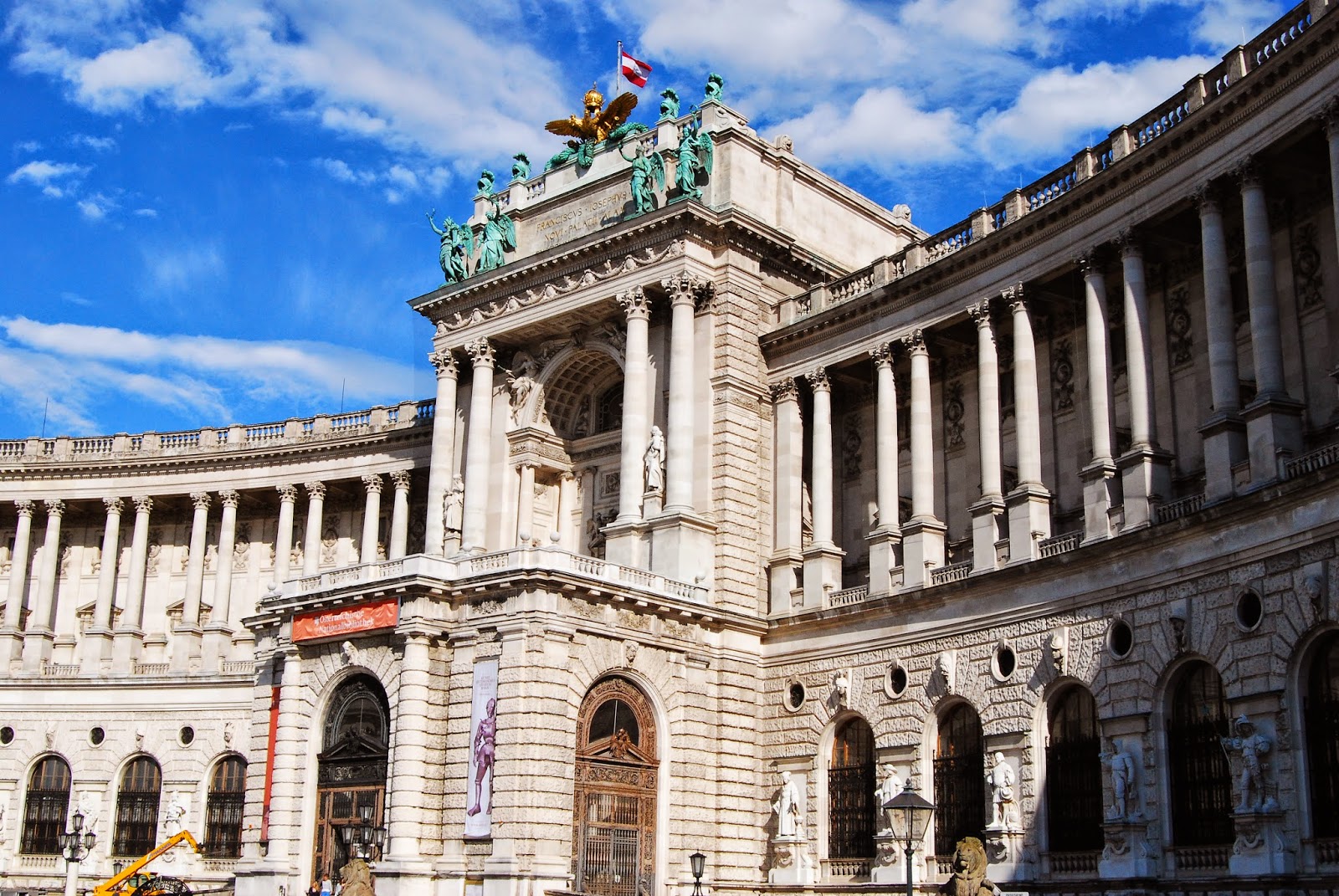 Statue of Prince Eugene of Savoy in front of the Hofburg Palace in the Heldenplatz (Hero's Square). He was a great Austrian General and Napoleon considered him one of the seven greatest commanders in history. 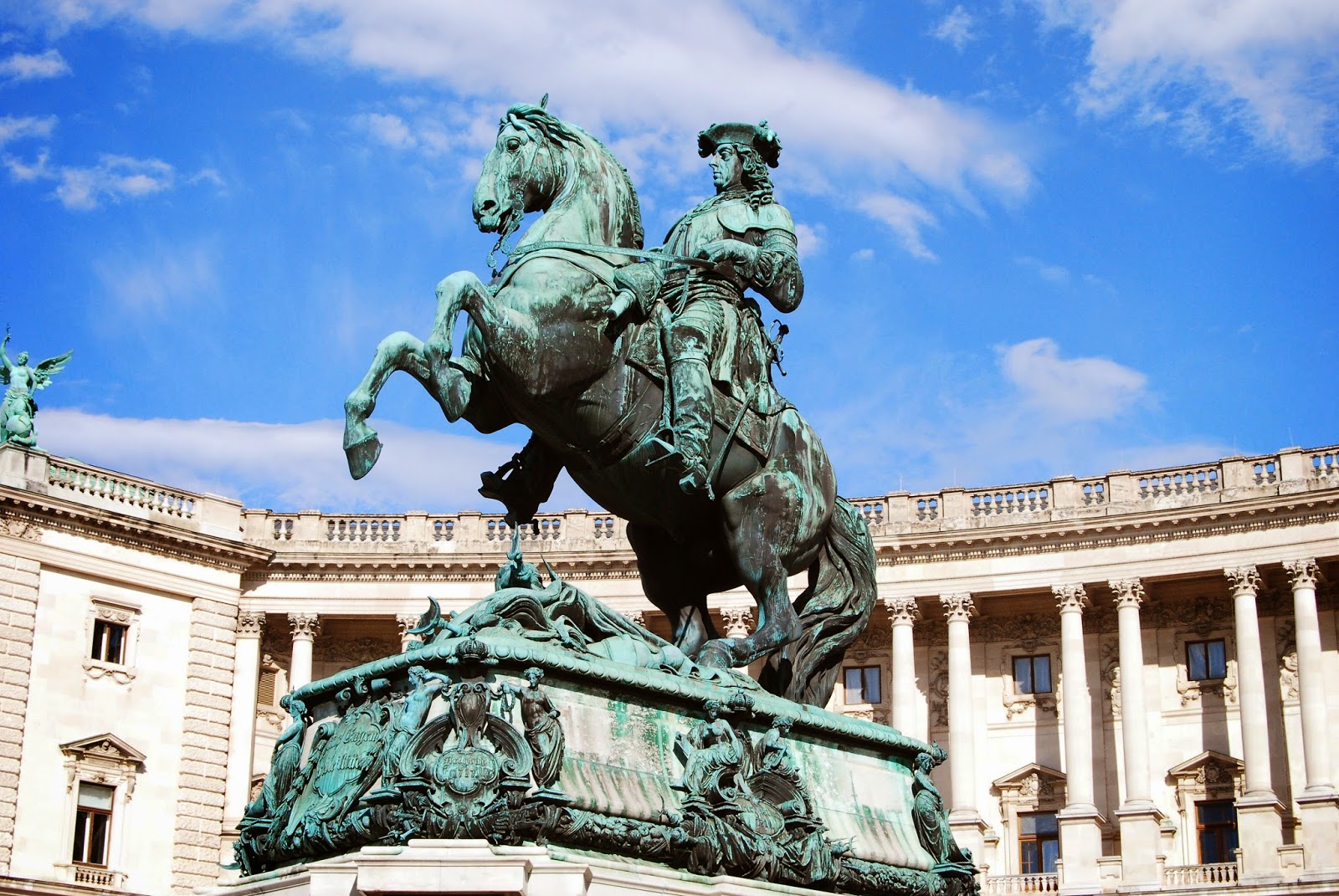 Statue of Archduke Charles of Austria in the Heldenplatz. The statue was inaugurated in 1860 and is meant to show how great the Hapsburg dynasty was. 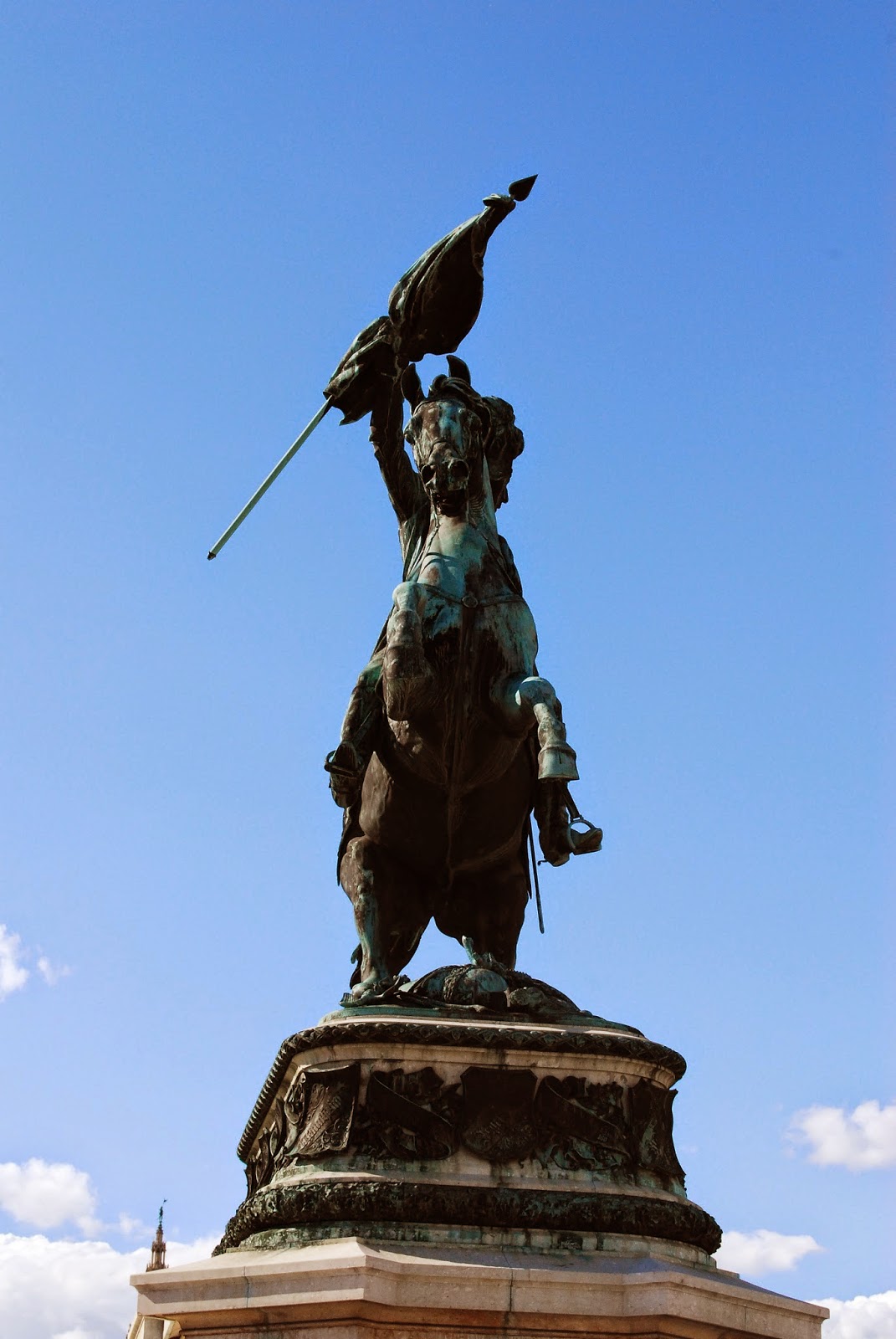 I had a really good time in Vienna. I told Deb I wouldn't complain if we were stationed in Vienna at some point during my career.
Posted by Richard at 7:41 AM