Uplistsikhe is a cave town about seven km from the city of Gori. The town grew over several hundred years in the first millennium BC (aka during the Iron Age)! At one point in time about 20,000 people lived in the cave town and it was along a major trade route during the Middle Ages. 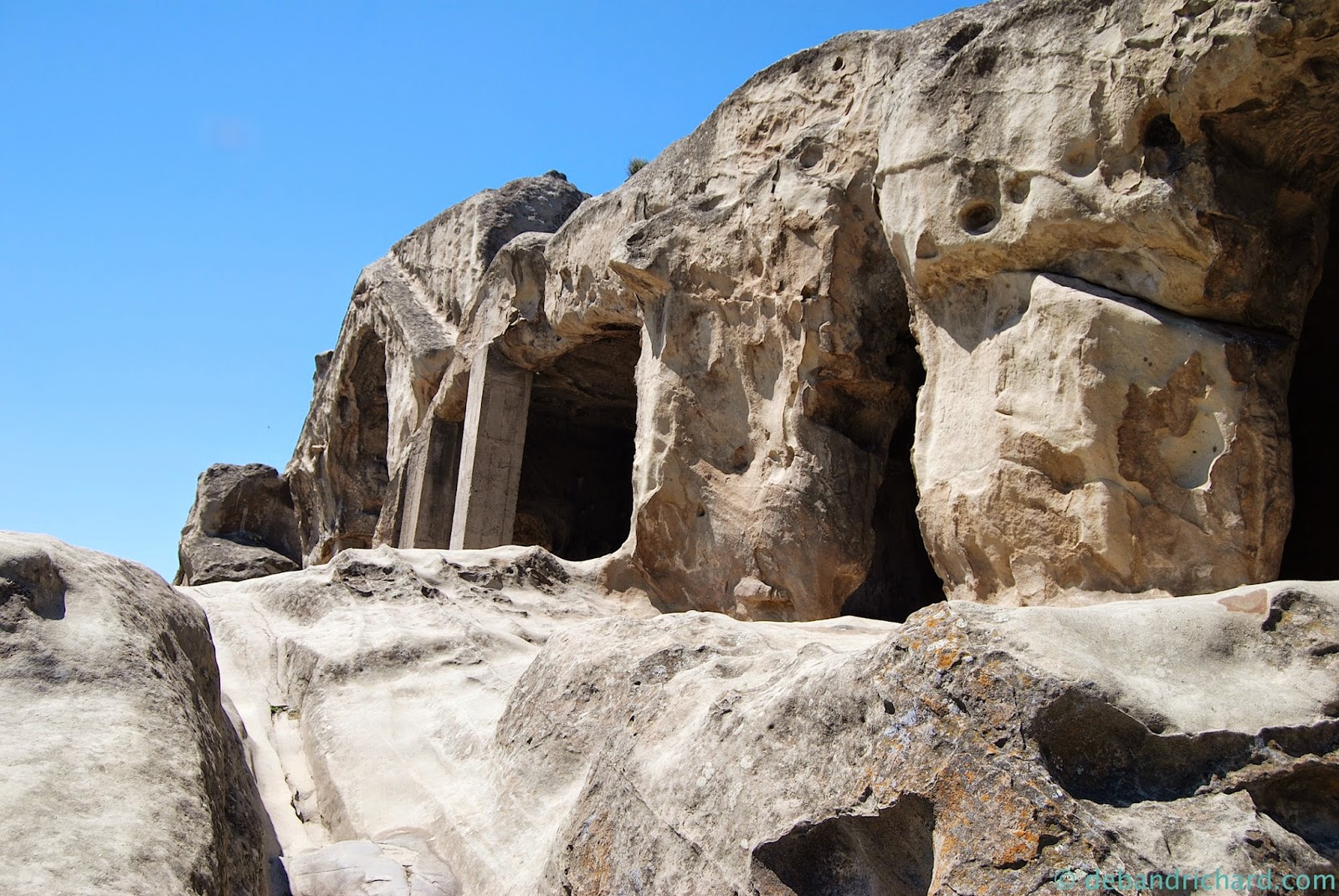 Some Mongol invasions of the 13th century, a  number of earthquakes, and the fall of Byzantine Empire cause most people to move out of the cave city. By the 15th century, only shepherds were still living here.


At one point there was an entire town, with streets, churches, stores, palaces and residential houses! Everything was carved into the soft stone of the mountainside. They even carved little nooks and crannies to store things in. Not sure if the kids were really resting in the 'chairs' and 'beds' as they called them or not.... 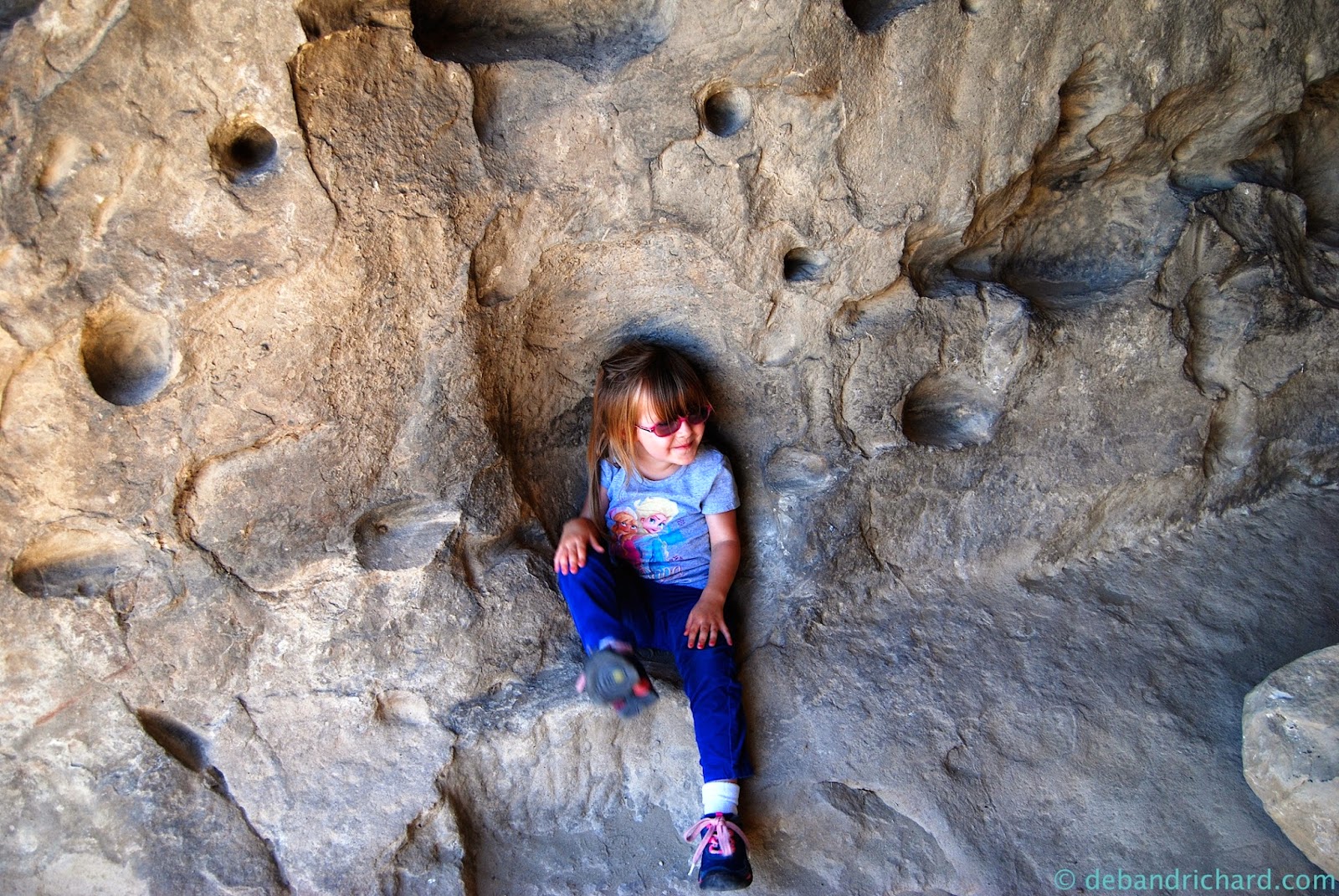 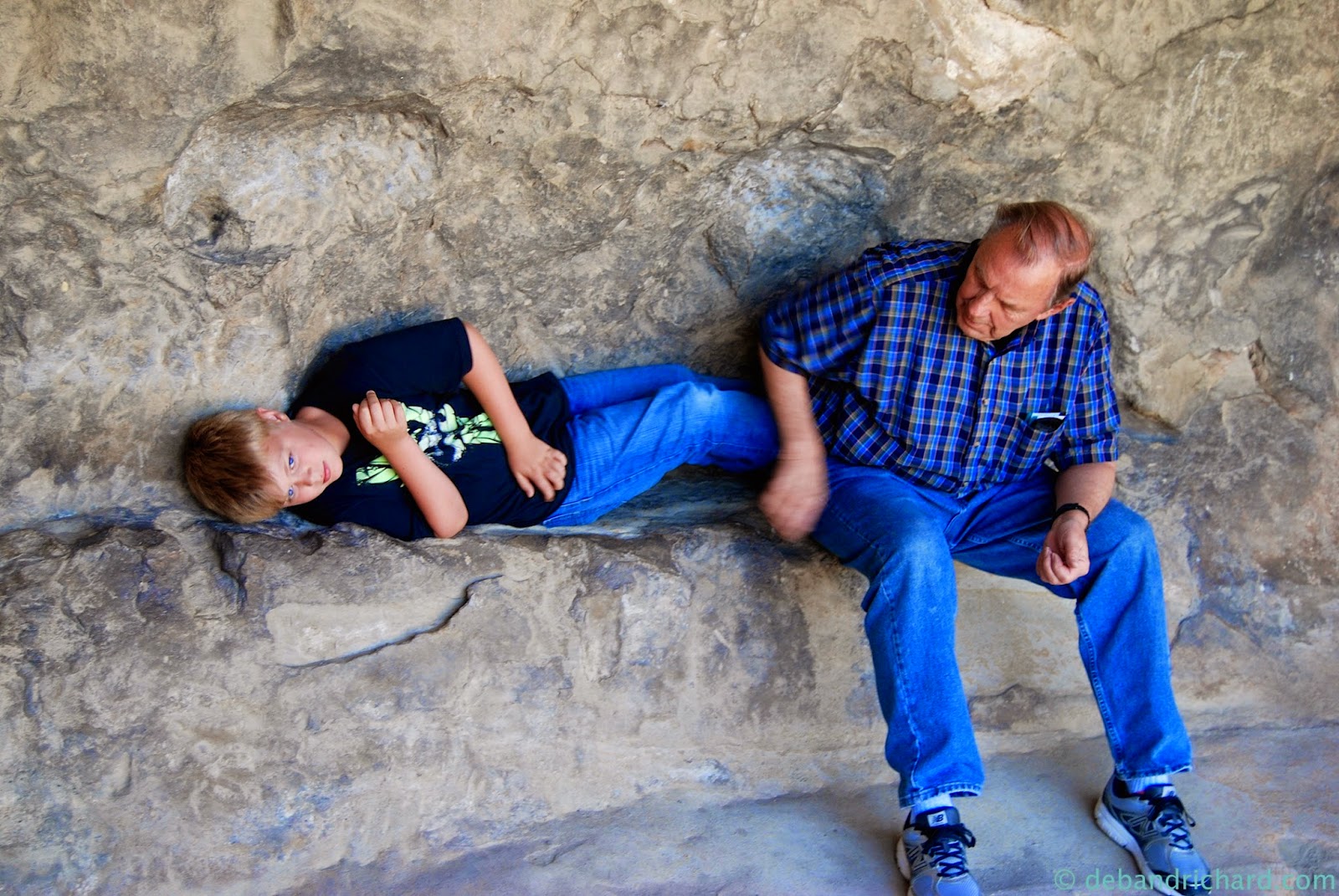 A nice staircase (it was a little narrow, so we walked around a different side). 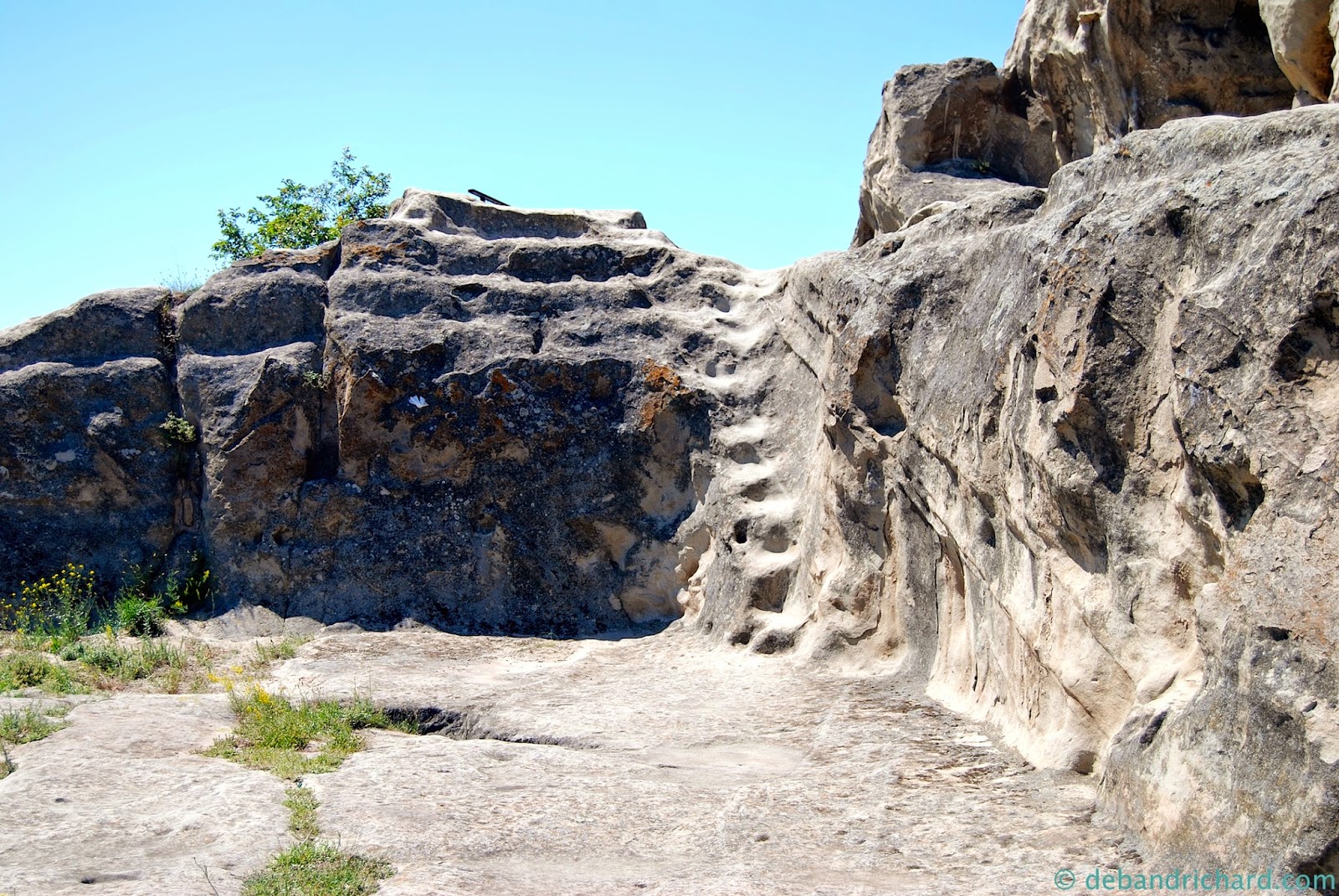 Checking out the rooms and holes (there were some sacrificial pits noted on the map, not sure if these are them...eek, the Christians 'converted' the pits to storage) in the ground. 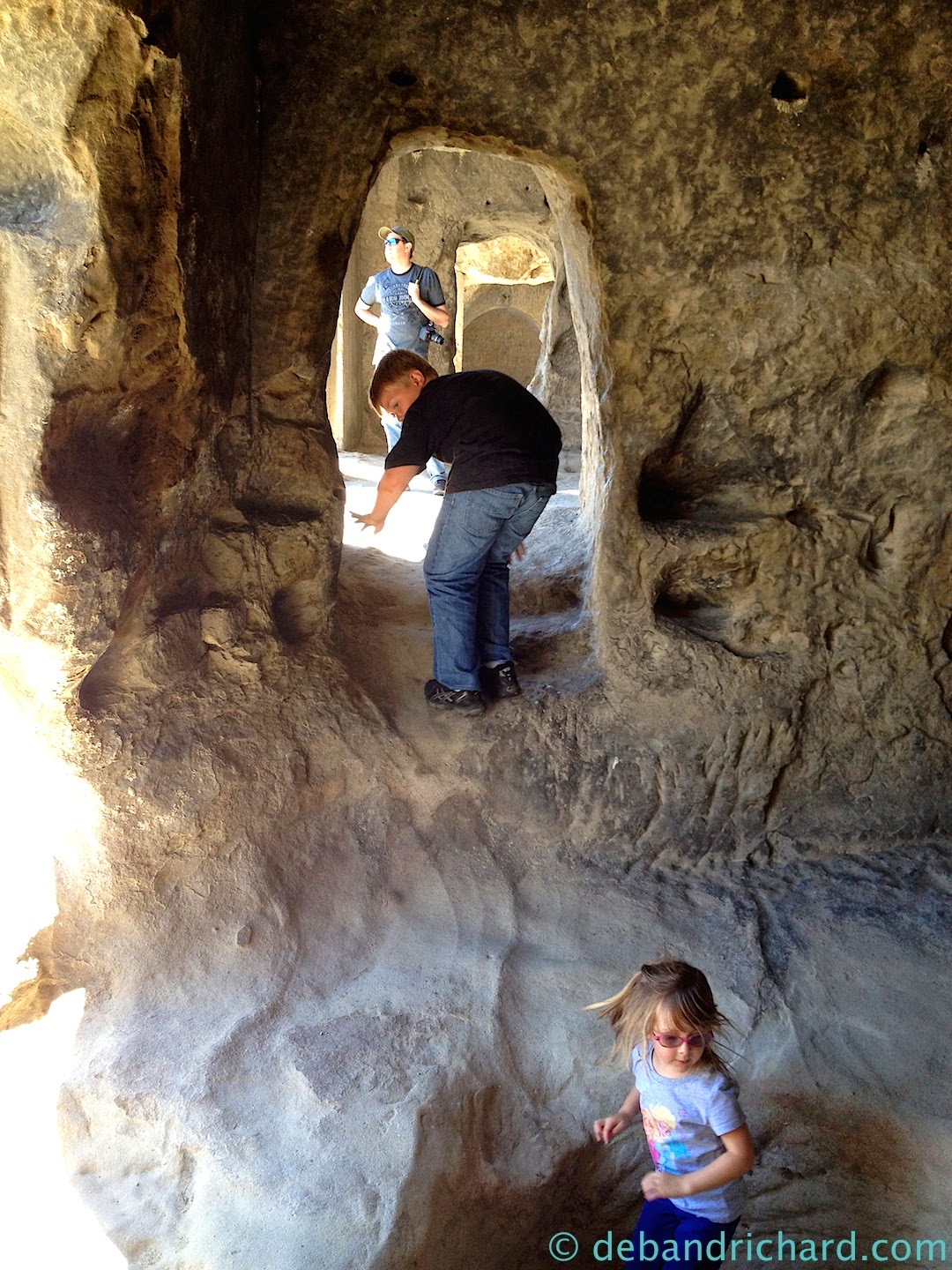 Sitting in a room in the medieval palace. 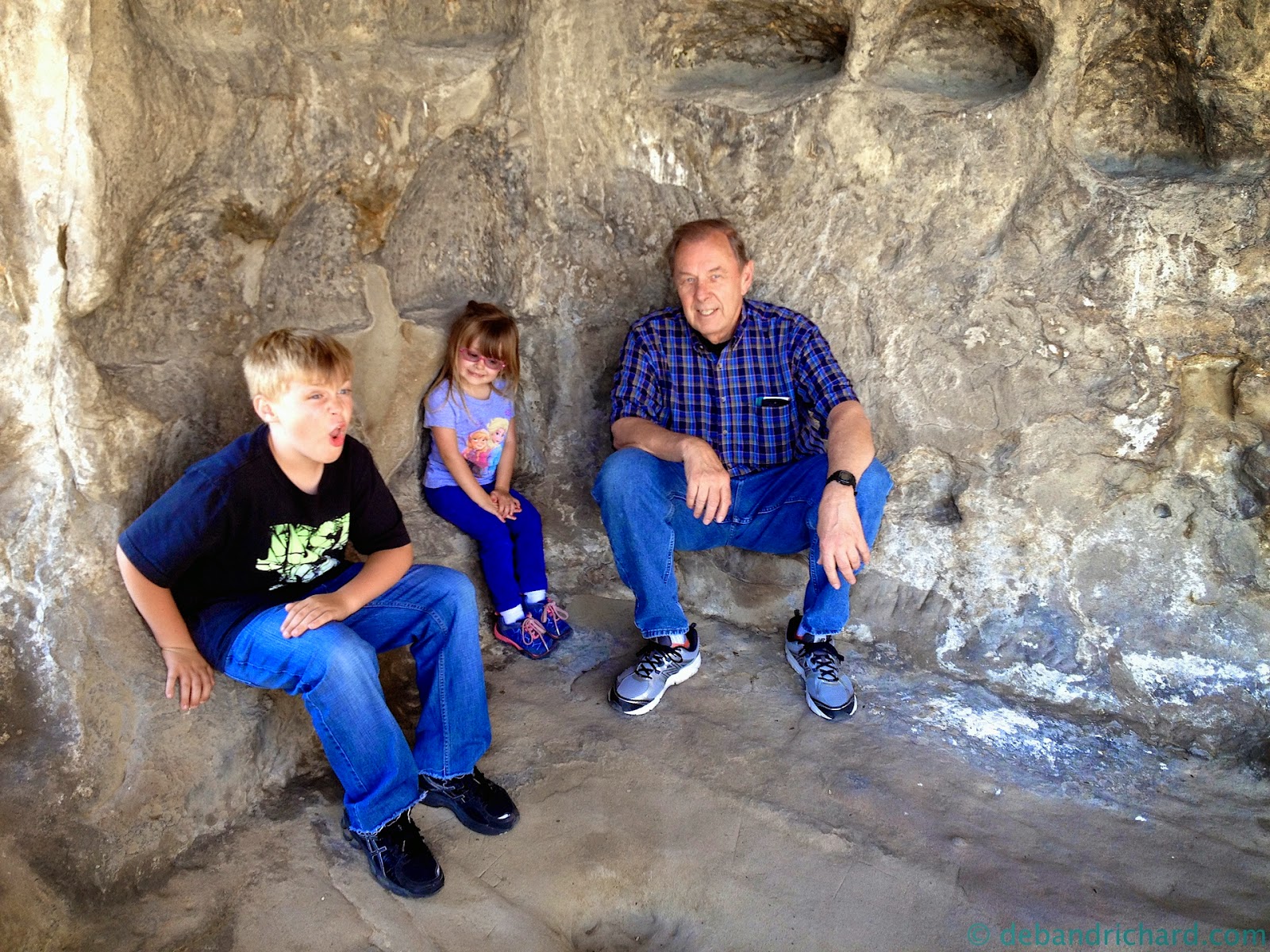 We were up pretty high and somebody constantly had to be remind to hold our hand. 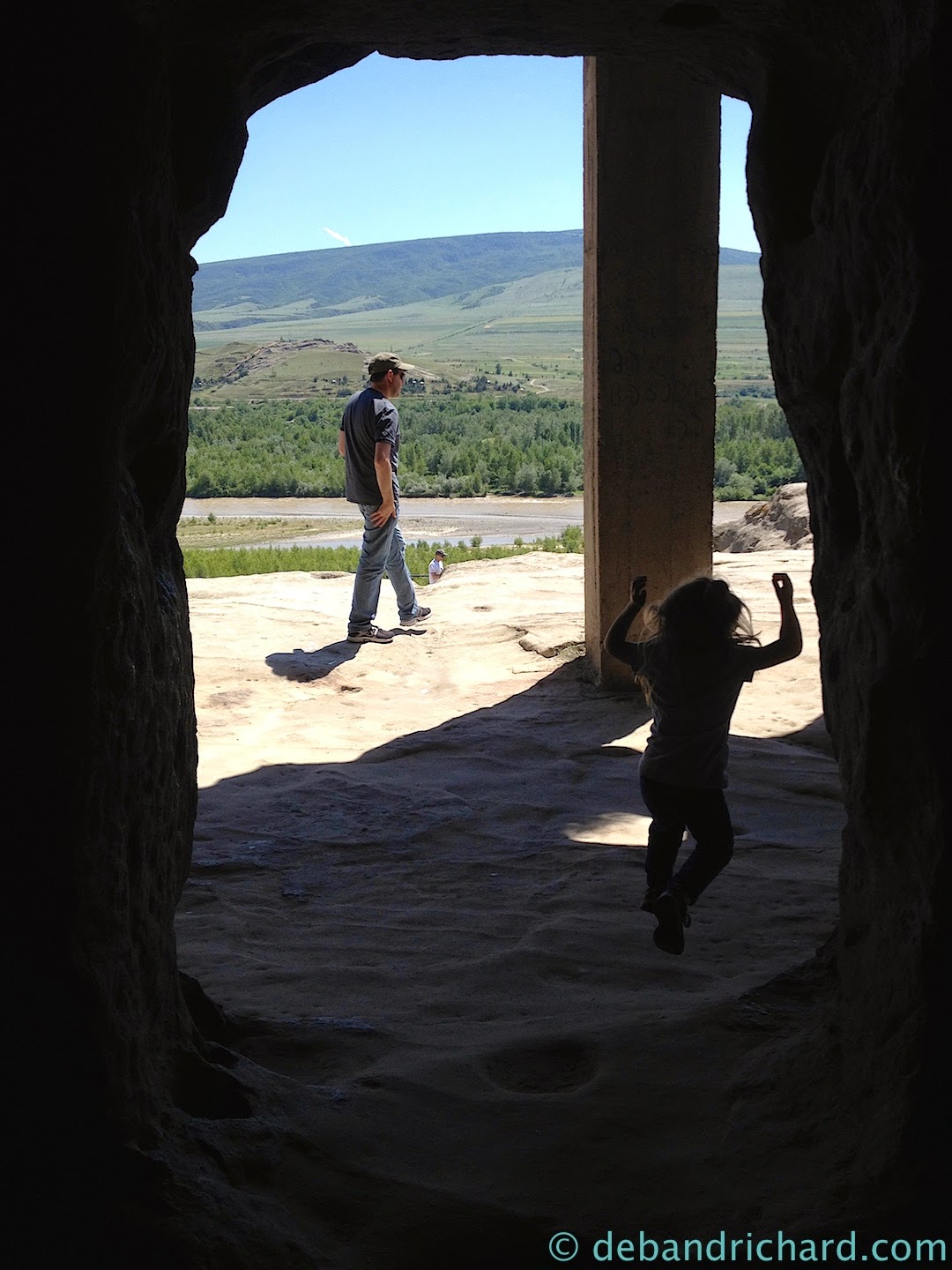 The city overlooks the Mtkvari River (the one that flows into Tbilisi). The kids and I eventually left through a secret tunnel of rock that emerged right at the river. 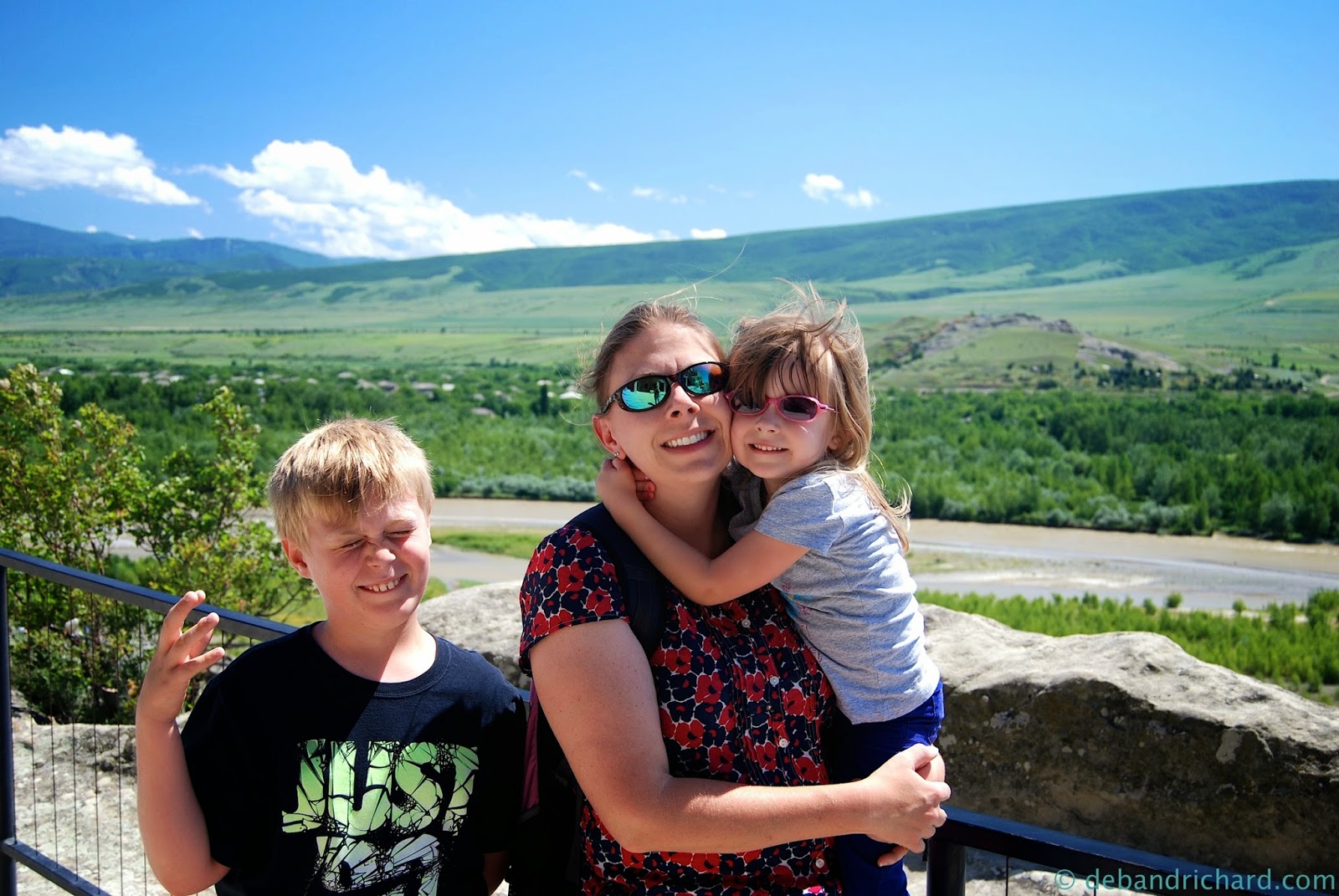 My dad and Richard took a break from the heat to rest and watch lizards, 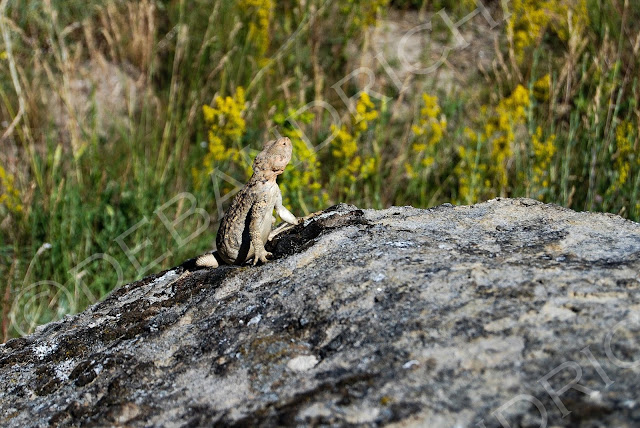 while the kids and I went exploring more! 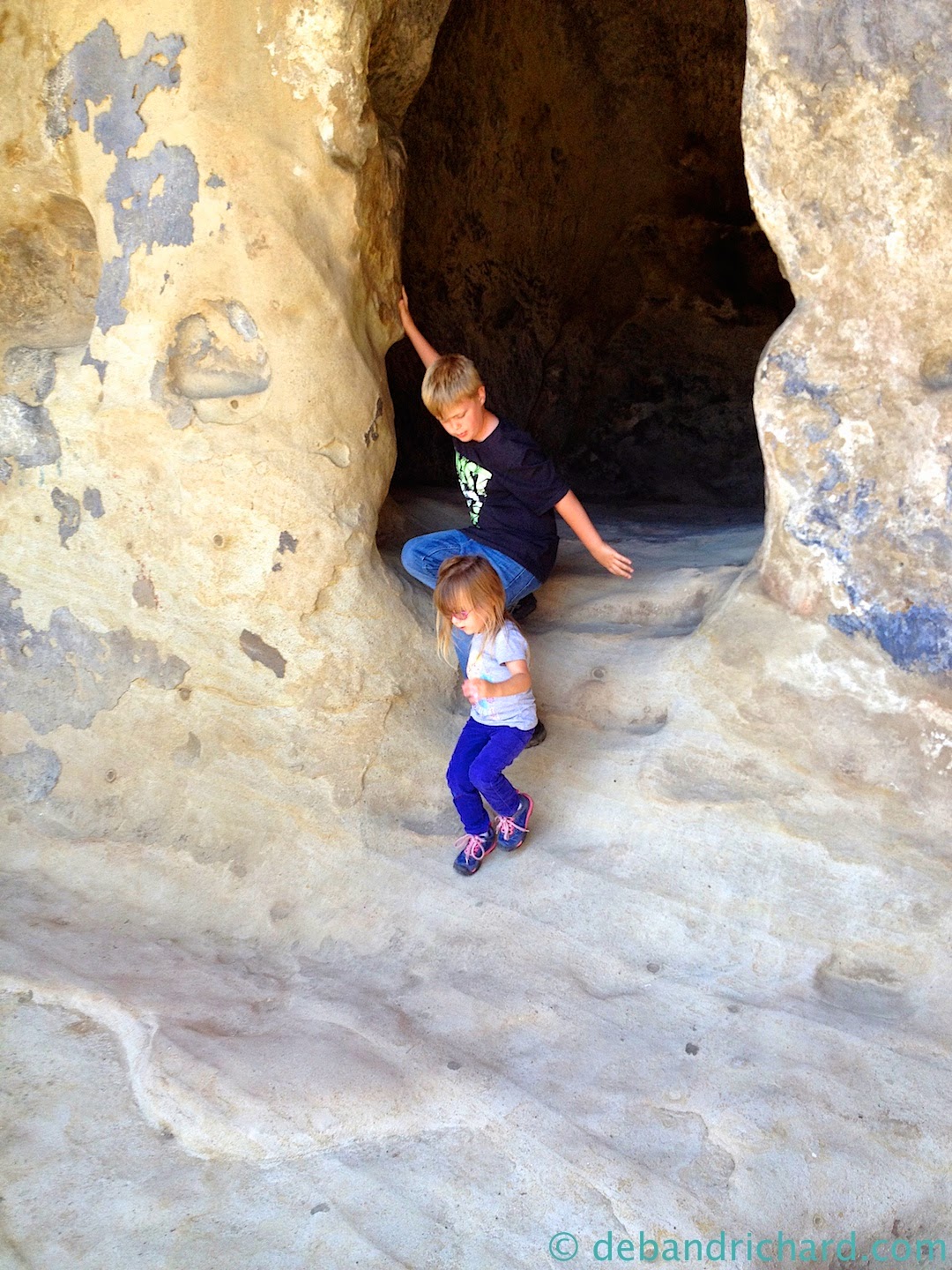 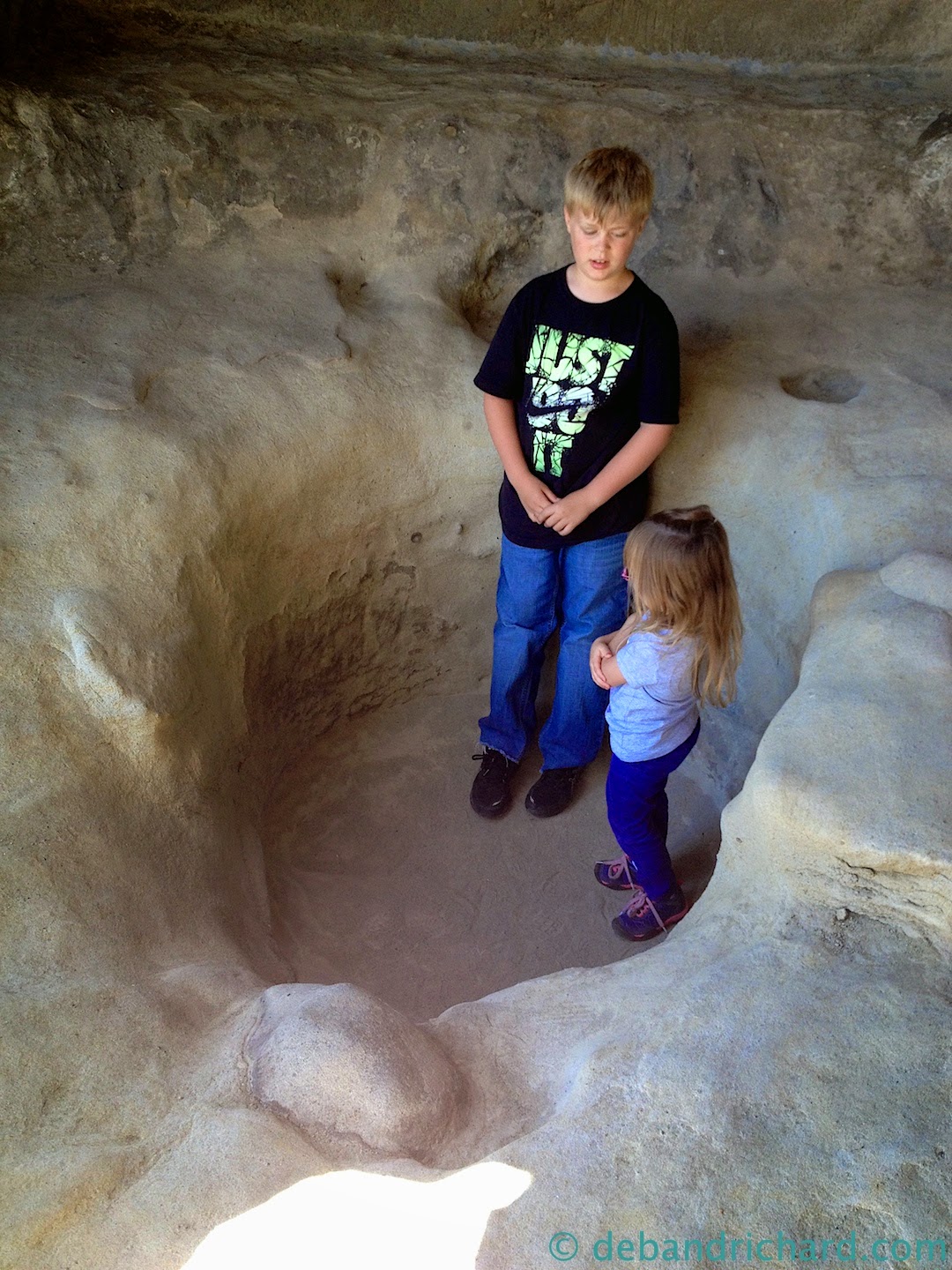 View from nearly the top. 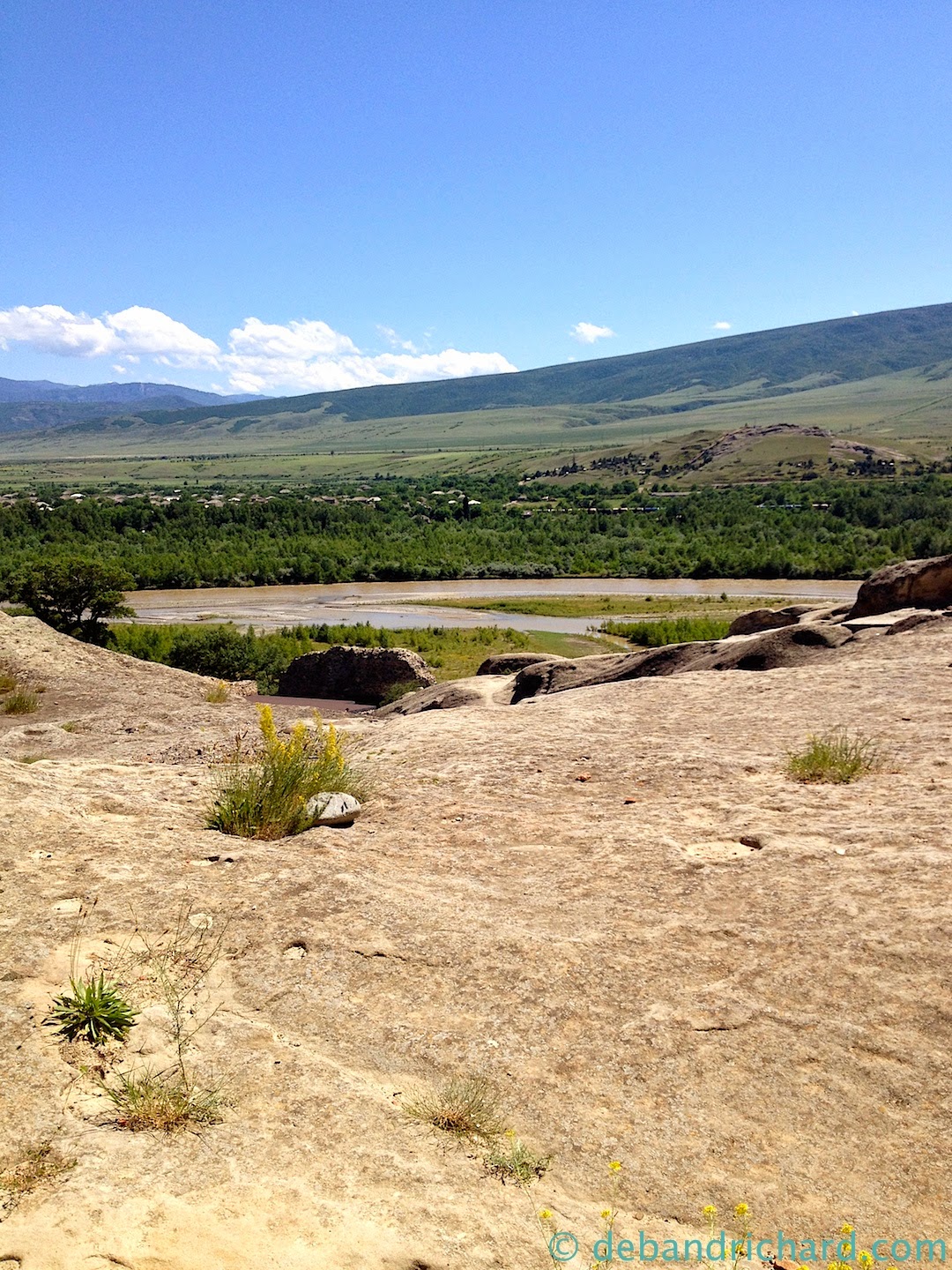 The largest opening was the Three-Naved Cave Basilica.....the kids are obviously impressed (Clarissa was writing 'C's all over in the sand). 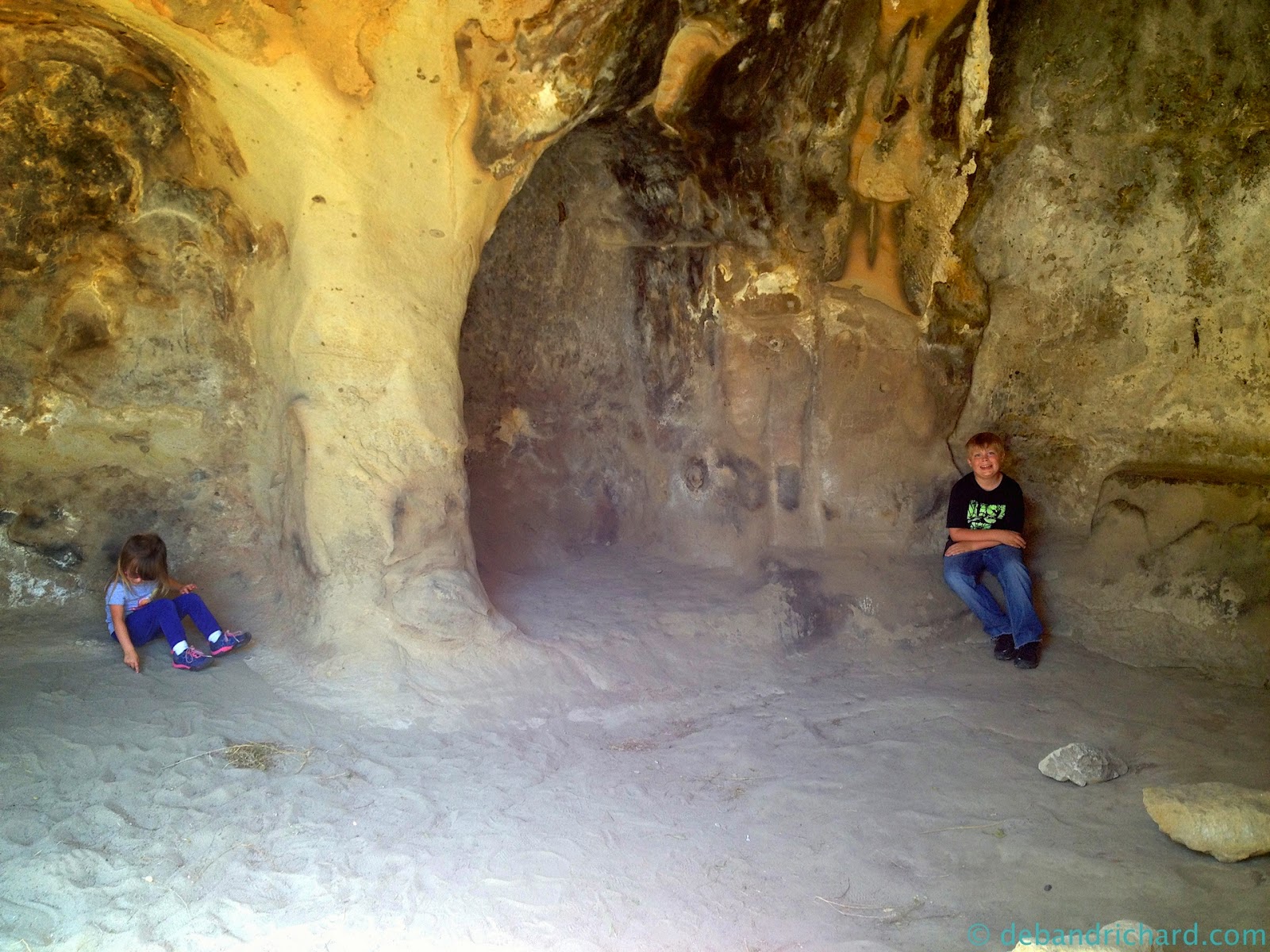 The three-Church Basilica was built in the 9th or 10th centuries and was used until the 15th century when the last of the clergy was killed. They were burning some incense and Clarissa didn't want to go in. 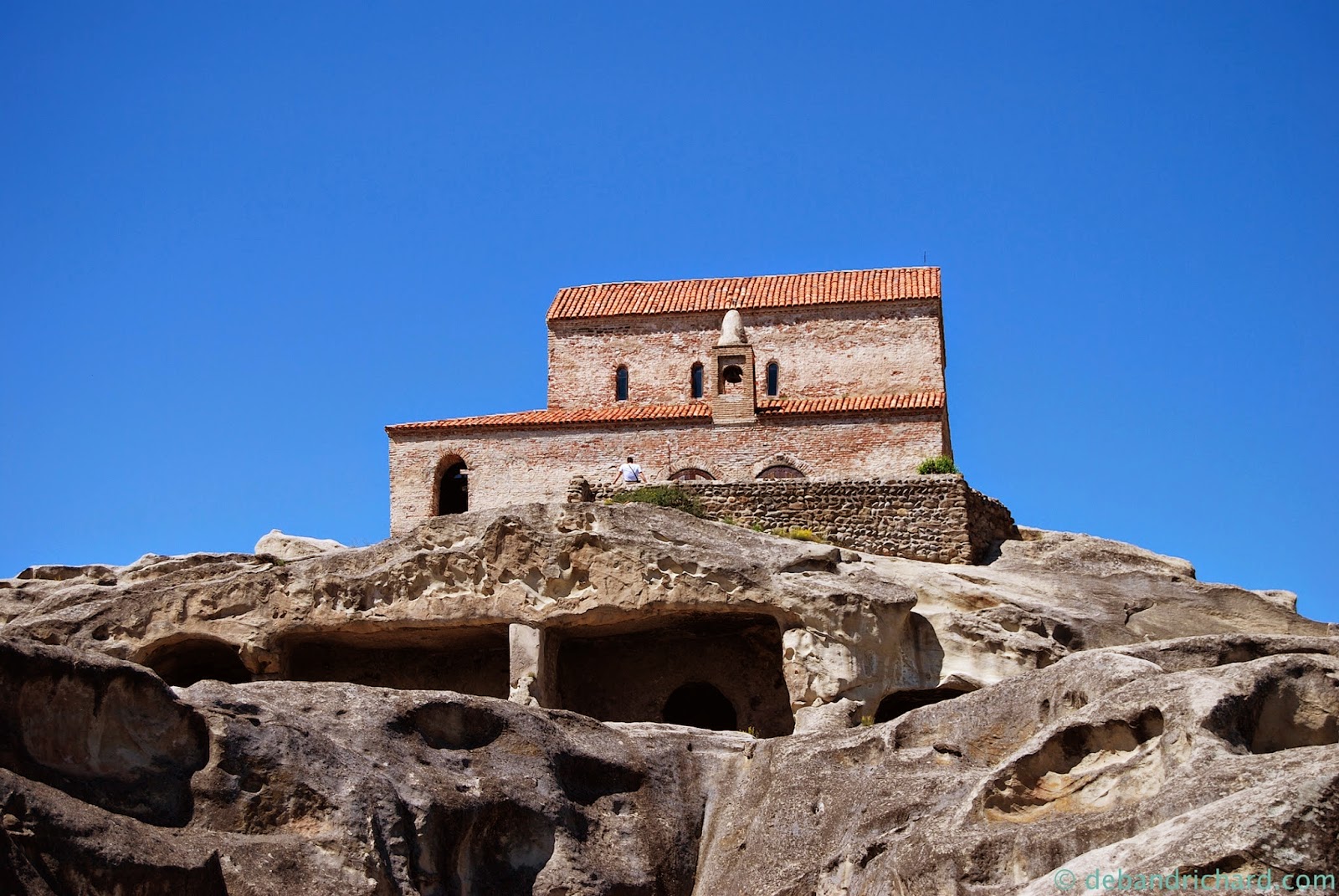 Little homes everywhere....we even happened upon the wine cellar but there was a large group in it so I didn't take any photos. 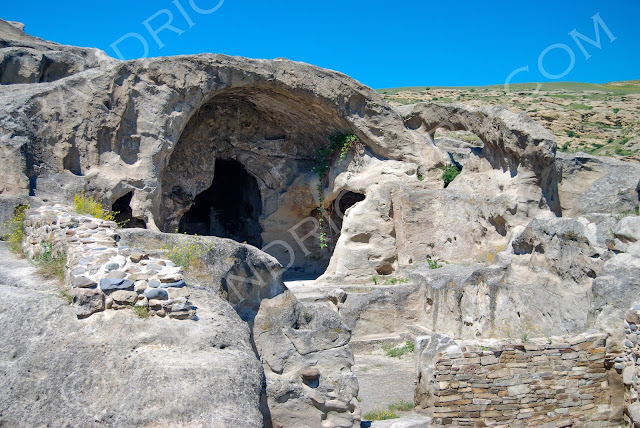 The kids did awesome climbing...once we made it up that first hill, we even kept exploring on our way back down! 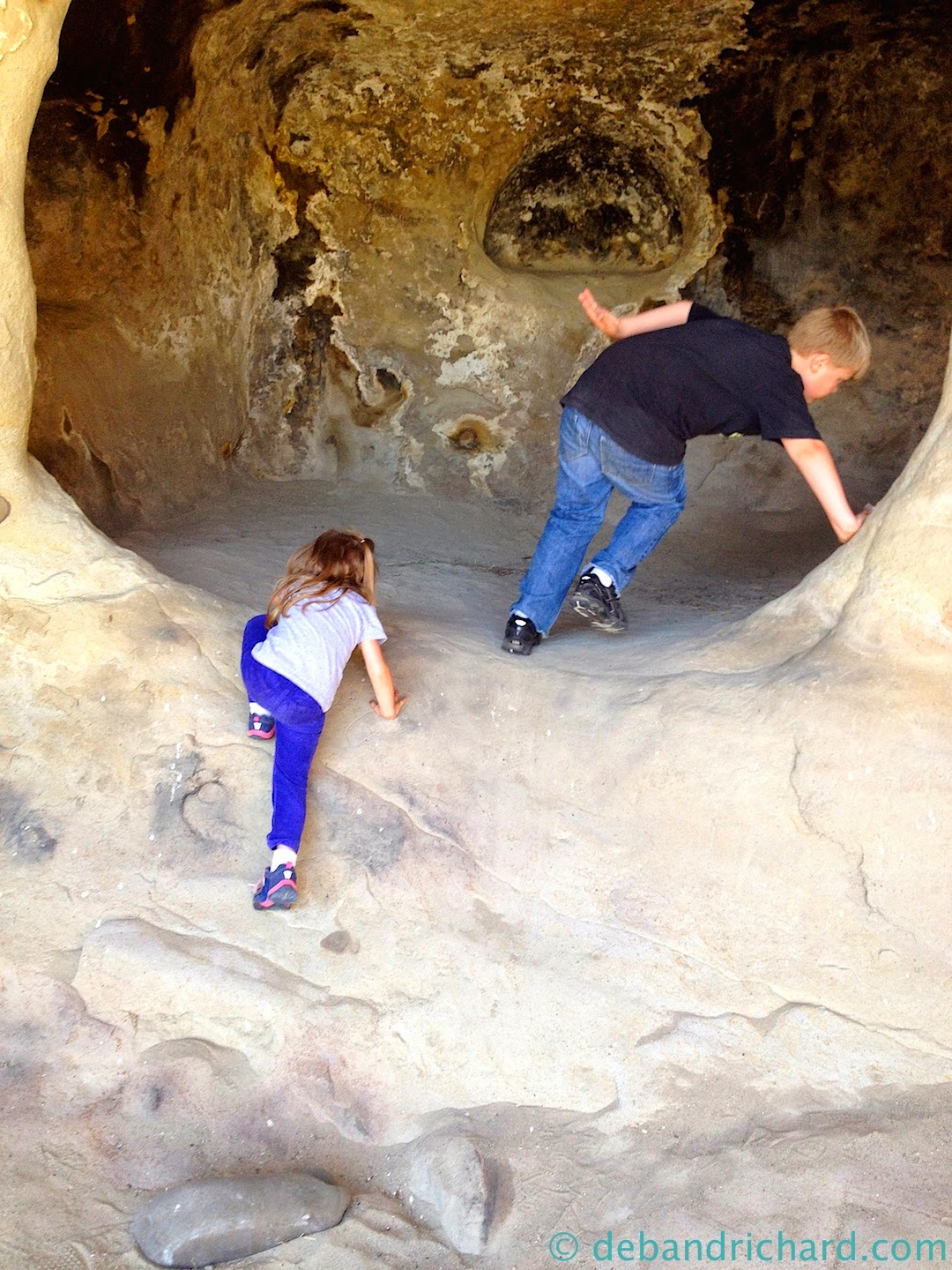 Our GPS took us back home along a rural highway and we ran into some cows on the way.....Check out the super pregnant one in the back. 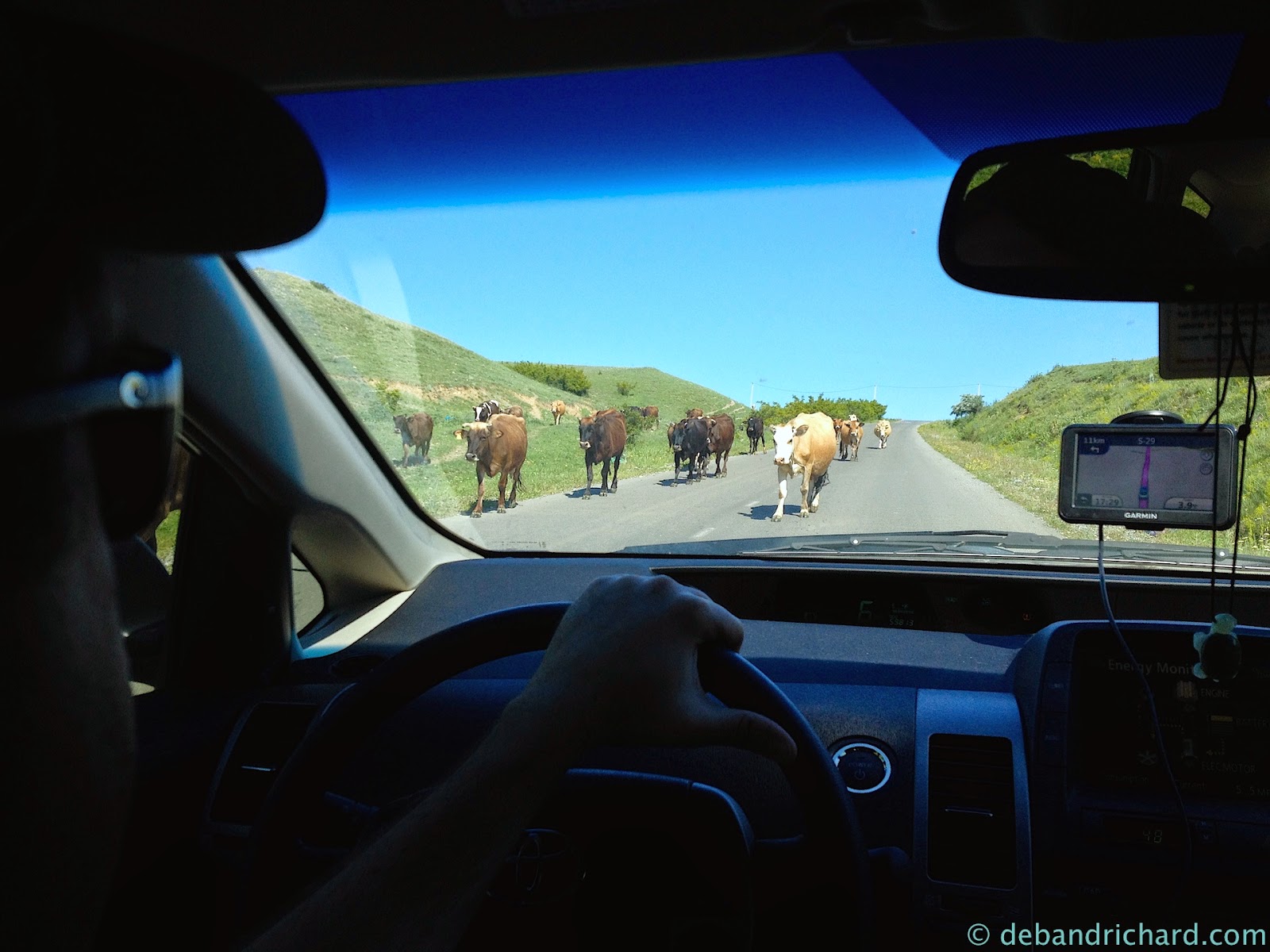 So that was our little adventure to the cave city. My dad said he enjoyed just driving through the countryside and small villages more than anything.
Posted by Deb at 7:08 PM