In late August, the Embassy (and almost all of the country) shuts down for Eid-al-Adha. It translates to Festival of Sacrifice and occurs in August (the actual dates shifting year to year as the Islamic calendar is a lunar based calendar). Mr. Wiki also tells me that the festival is in honor of Abraham's attempt to sacrifice his son to show that his love for God came before anything else. The Eid-al-Adha holiday lasts for the three days of festivities!

For us, our HHE had arrived in port the day before the Eid holiday began. Our fingers were crossed in vain during that one business day in hopes everything would clear customs AND be delivered. So we had lots of days off, no car, and not much to do. Given we had just arrived, we hadn't even given much thought to taking a trip out of the country (like many expats do we quickly discovered). So we went shopping at IKEA, watched movies, went to the pool, played some Uno and some more Uno....luckily having gone to the Intercon Natadola Bay so many times in Fiji, at some point we had decided to upgrade to their Ambassador Membership. It gave us late check outs, early check ins, room upgrades, free water and snacks, and every year we get a complimentary weekend night. So when you book one weekend night, you get one free. So for the weekend after Eid, right before school started, we opted for a little staycation and headed to the West Bay beach in Doha and stayed at the Intercon here. 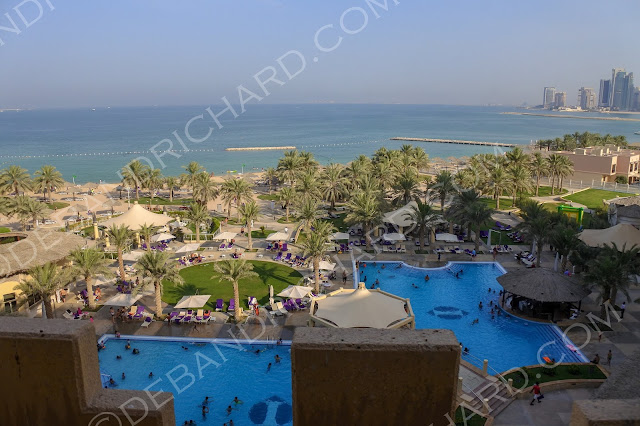 We had booked the standard two beds in a room, but our free upgrade came in handy (and it was busy that weekend) and we ended up with a 2 bedroom suite! It was huge! Bigger than apartments I had just out of college! The kids room had a lovely desk with a view where Clarissa contemplated how she would someday have a job with a desk having a similar view! 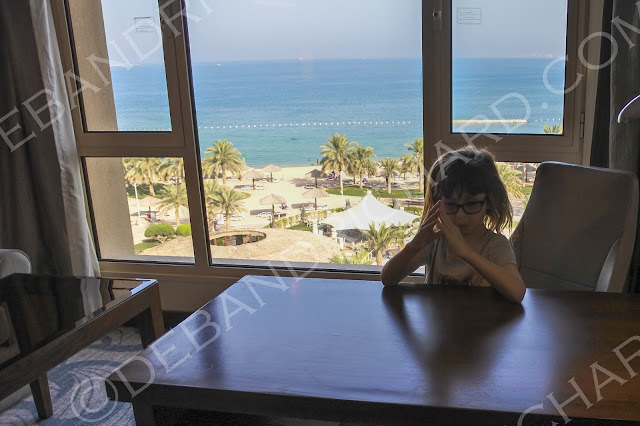 I had a chance to stick my toes in now the other side of the Persian Gulf (recall Richard and I visited Dubai). 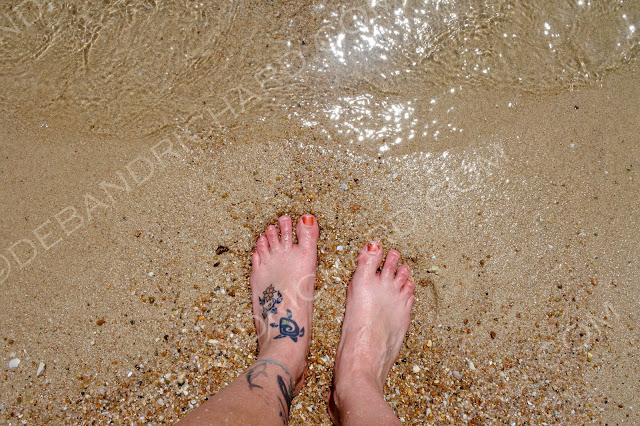 We all jumped in the water. It was nice and warm!! 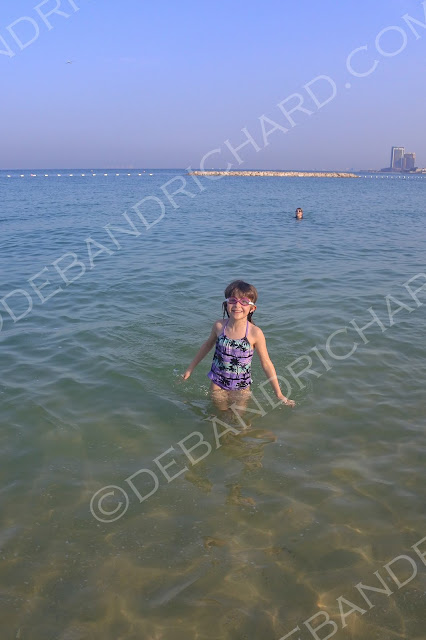 As you can see by her grin, our fair weather snorkeler liked the water temperature. It was a sandy beach with nothing to see (though none of our snorkel gear is here yet). Mason and I took turns and swam out to the rocky little spot you see in the back of the photo. There were a few more fish swimming around there. Past the floating line of bouys, there is a decent drop off and jet skiers were seen zipping around behind there as well. 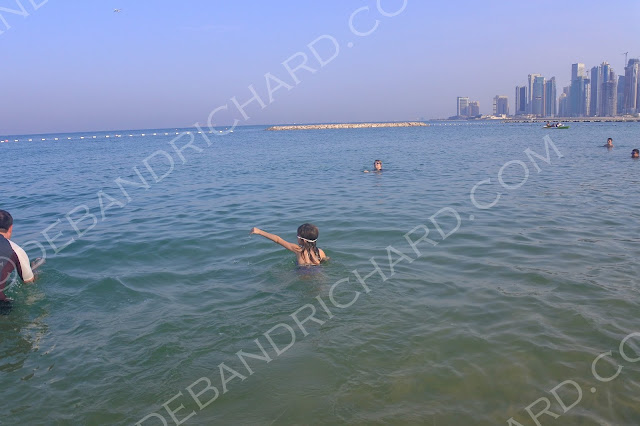 The first evening, Richard and I walked around hoping to find a good spot to get some 'sunset glimmering on the skyline' photos but the beaches are all private so we were limited to just the Intercon property and did not find any good vantage points. We did find a resting bird on one of the buildings that was quite photogenic. 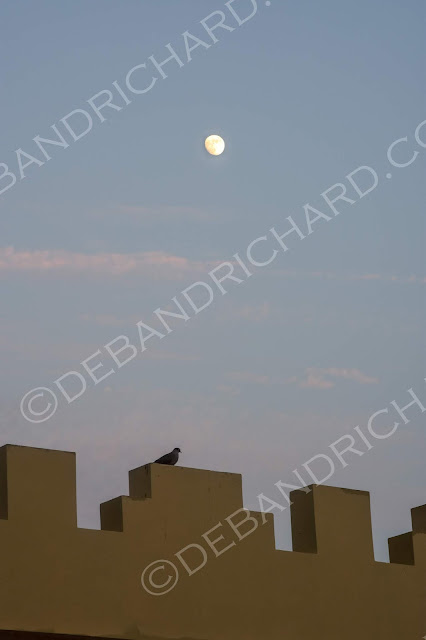 The next day was more of the same....beach and pool time! They had a Jenga game in the Ambassador's lounge (which had free nibbles and drinks)....so we hung out there a good bit too. 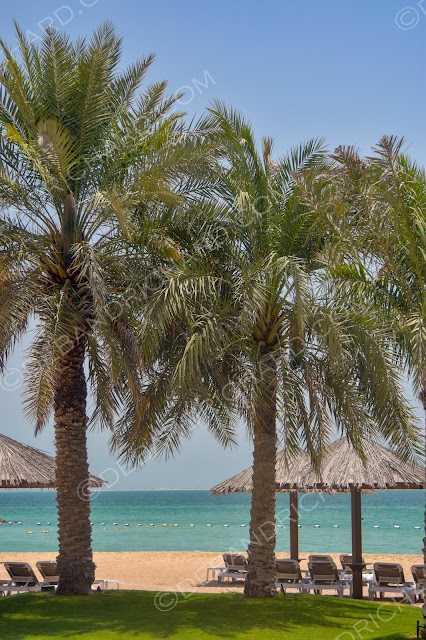 What you can't tell from these photos is how HOT the sand is! (I know I know, comparisons get annoying) On our Fiji weekends, I'd kick my shoes off on arrival and not put them on again till we were getting in the car (sometimes not even then). Here....you have to wear you flip flops right up to the water's edge! It is was that hot....if my 'crazy hippie feet' - as Richard calls them - couldn't even handle it...you know it was hot (Cap't Dainty Toes was completely out of luck). 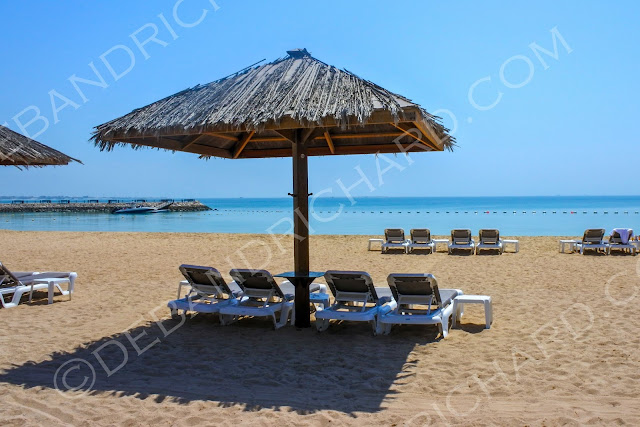 We'd managed to make do with snacks we'd packed and the Ambassador lounge nibbles the first day. We had a fun poolside lunch the second day. On our second evening, we opted to eat at one of the restaurants on site. Clarissa was sold on the idea when she saw the chocolate fountain at the dessert section! At the entrance, they had some interesting art work. Hanging from the ceiling was a huge 4-story jelly fish. Below it looked a giant brain coral head. Cnidarians represented!

We also thought it was interesting and thoughtful that on the ceiling in our room, there was an arrow indicating the direction of Mecca. Saves a bunch of calculating when trying to determine where to place your pray rug. 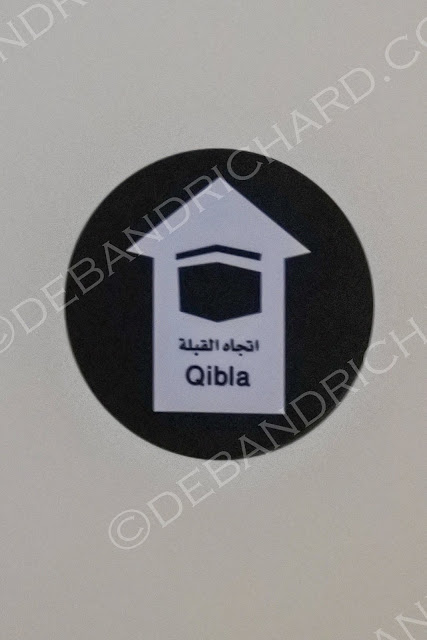 Our last morning, we hit the pool one last time before getting cleaned up and heading home. We had laundry to do and the kids had New Student Orientation the next morning. I give her an eight for attitude! Getting outside early beats the crowds though! 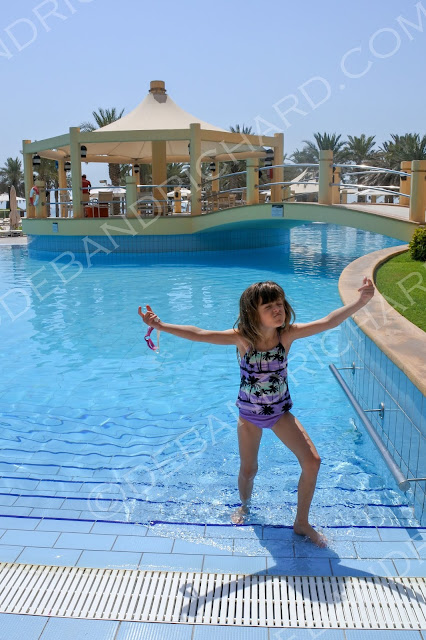 I did walk down to the beach and get a little artsy with the sand and city skyline. I started at the far end and had to move down a bit after the different shots to get "fresh sand" (especially after a wave would take a letter or two). 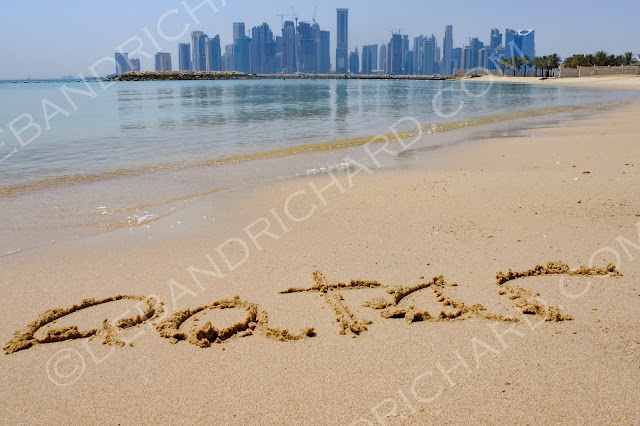 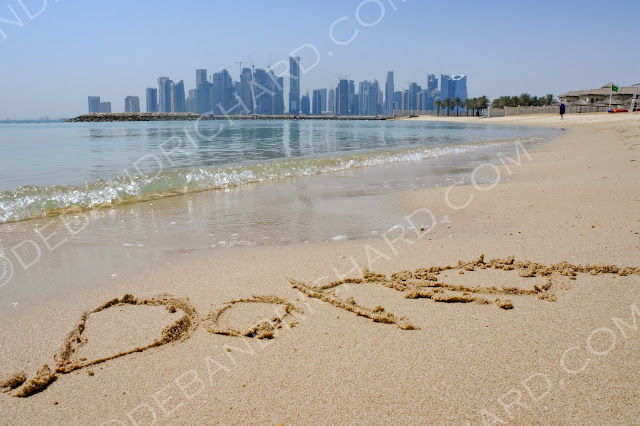 It was a nice break from the everyday and the emptiness of our house. Richard and I even had the chance to squeeze in badly needed massages! We also now have information about getting day passes to just come to the beach occasionally!
Posted by Deb at 5:30 AM