After our sunrise hot air ballooning adventure, we made it back to the hotel in time for the free breakfast and then caught the shuttle to Jumeirah Public Beach. Jumeriah Beach sits on the Arabian Gulf (also listed as Persian Gulf on some maps). On this sunny December morning, the beach was practically empty. 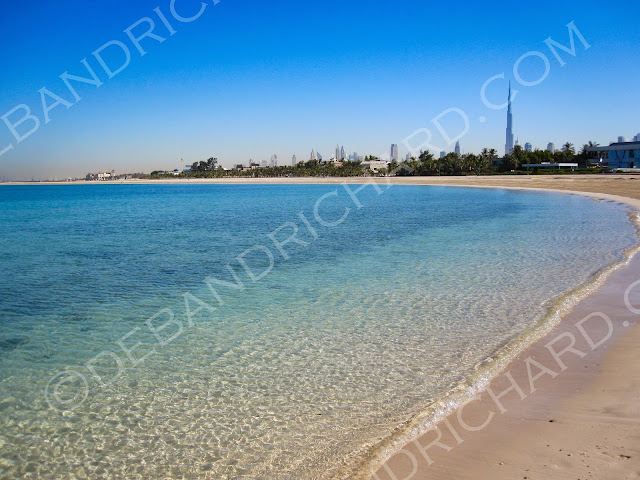 When we climb on some jetties, we could see the 'World of Islands'. These are some 300 islands that were constructed of dredged sand to make a map of the world (see wikipedia for their aerial photo). 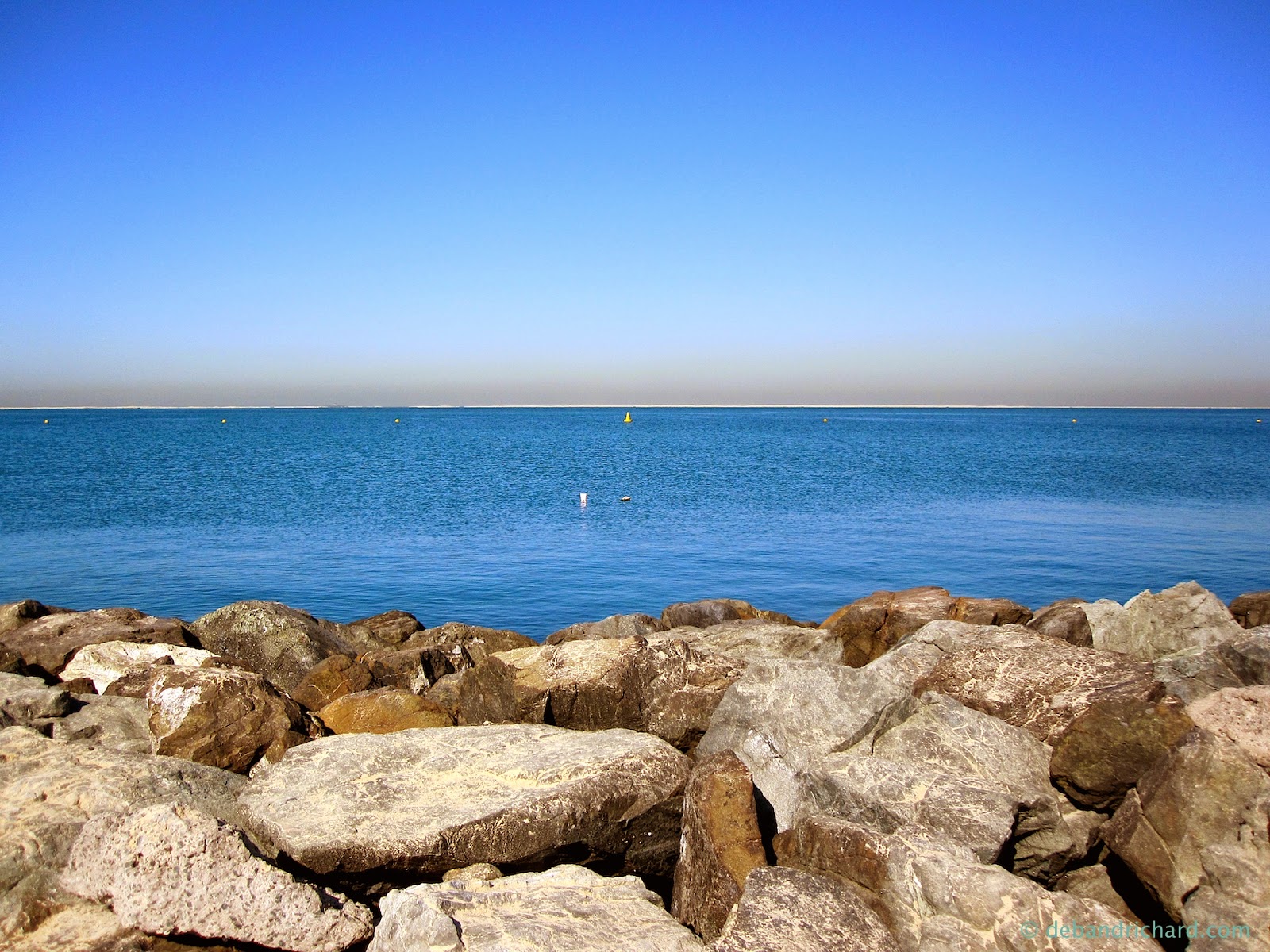 Being a marine biologist and all, I must explore the tide pools.....Richard followed me out there. 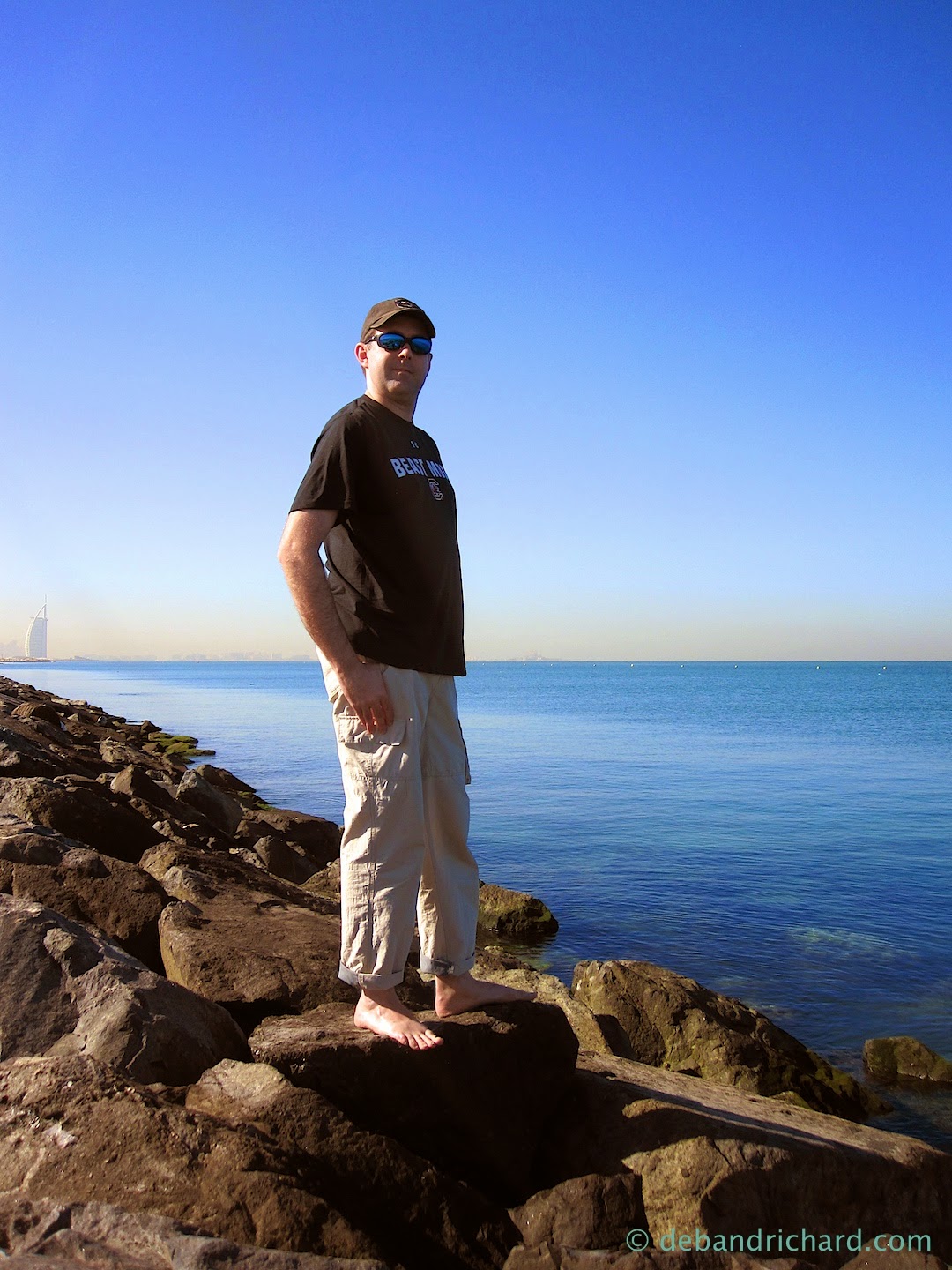 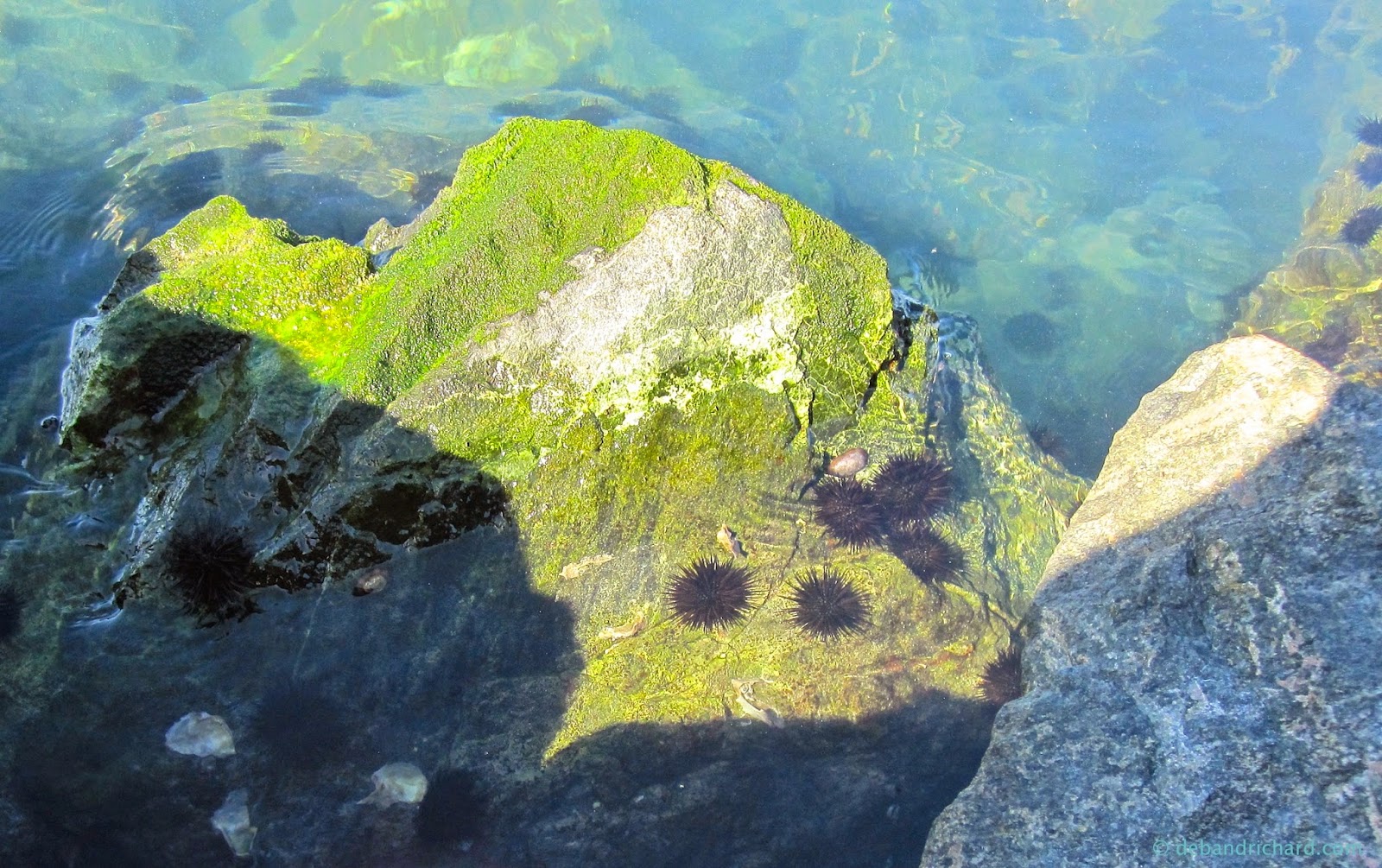 Wishing I had brought my snorkel gear....but with the number of urchins in the water that may have been dangerous..... 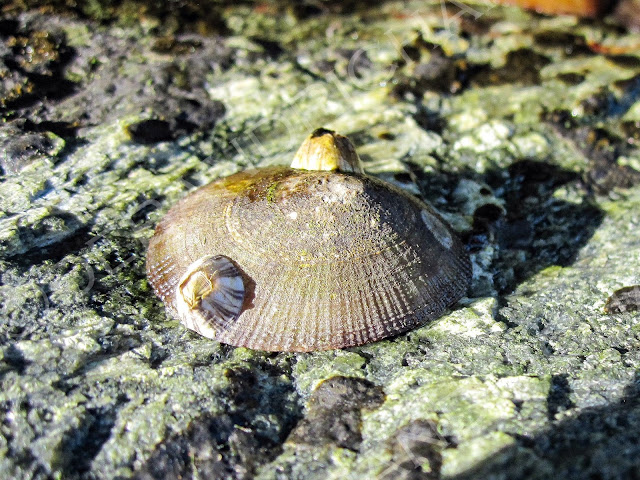 My view for a couple hours. Richard went exploring/walking the beach, while I took full advantage of the fact I was at the beach with no kids and I just laid back and soaked up some vitamin D. 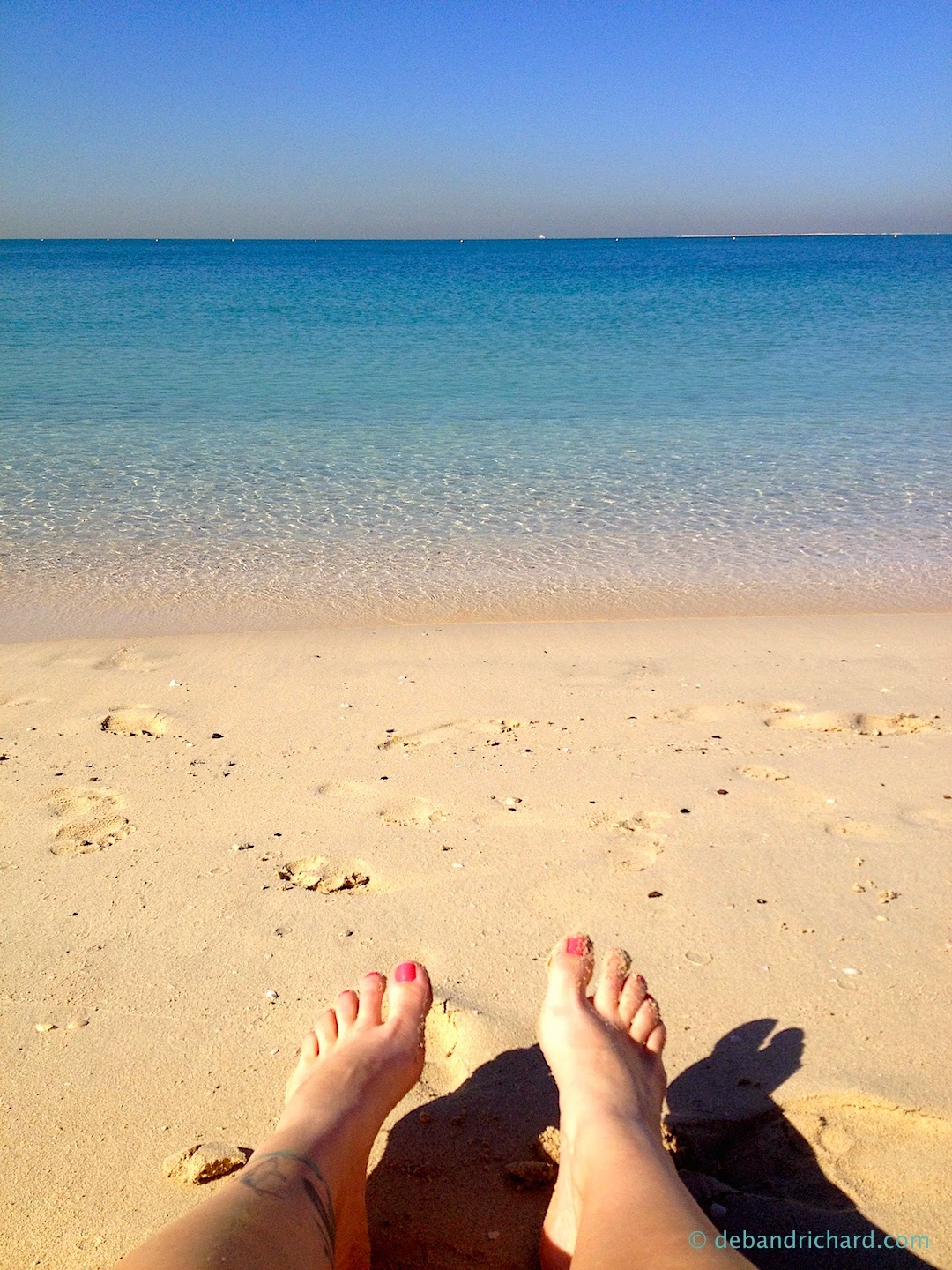 By noon, it had actually gotten quite a bit warm. Richard and I walked the shore a bit, I picked up some shells, and then we waded into the water. It was actually pretty warm (mid 70s). We walked over towards the jetties again and checked out some more wildlife.

Close up of urchins. 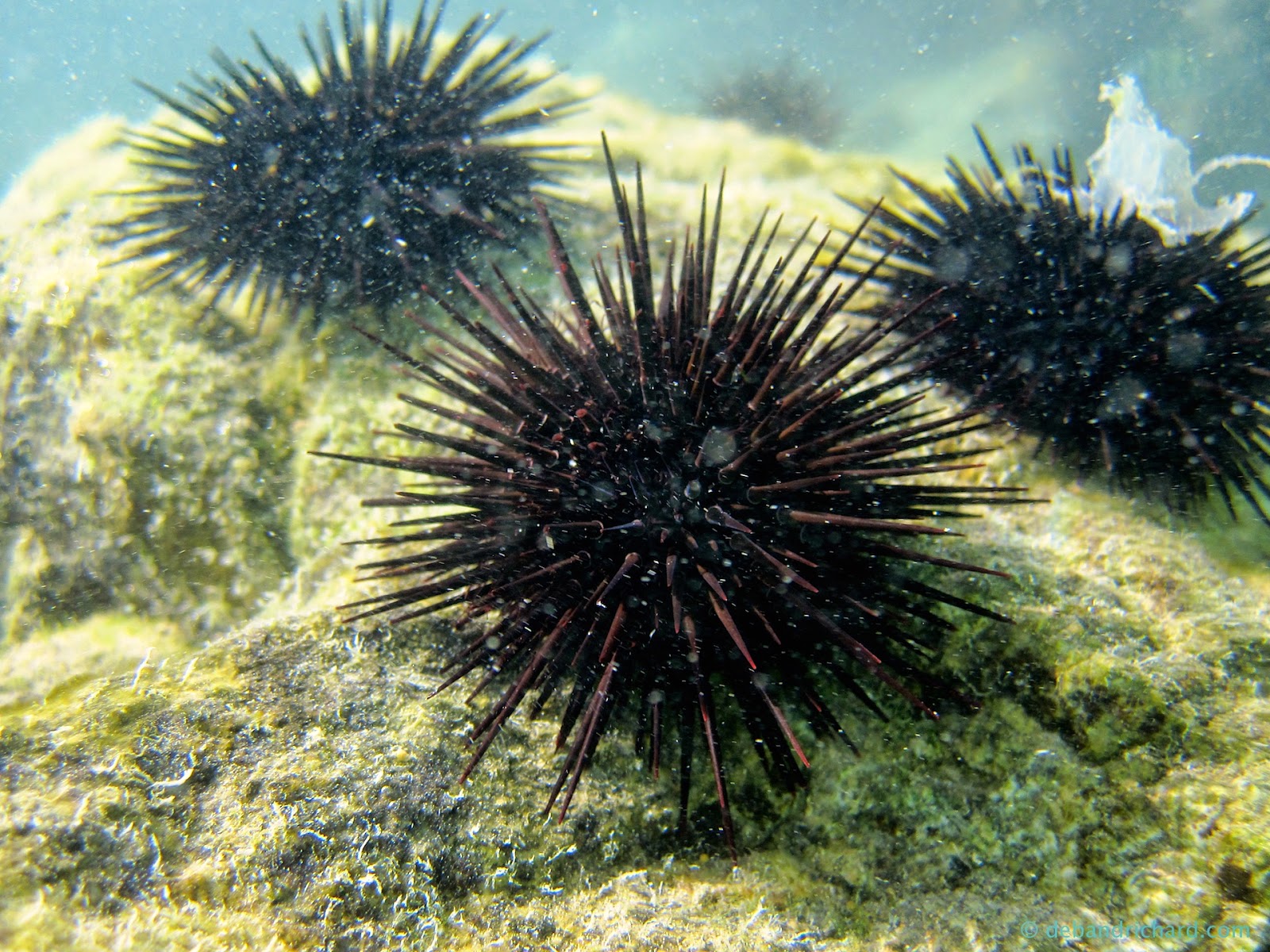 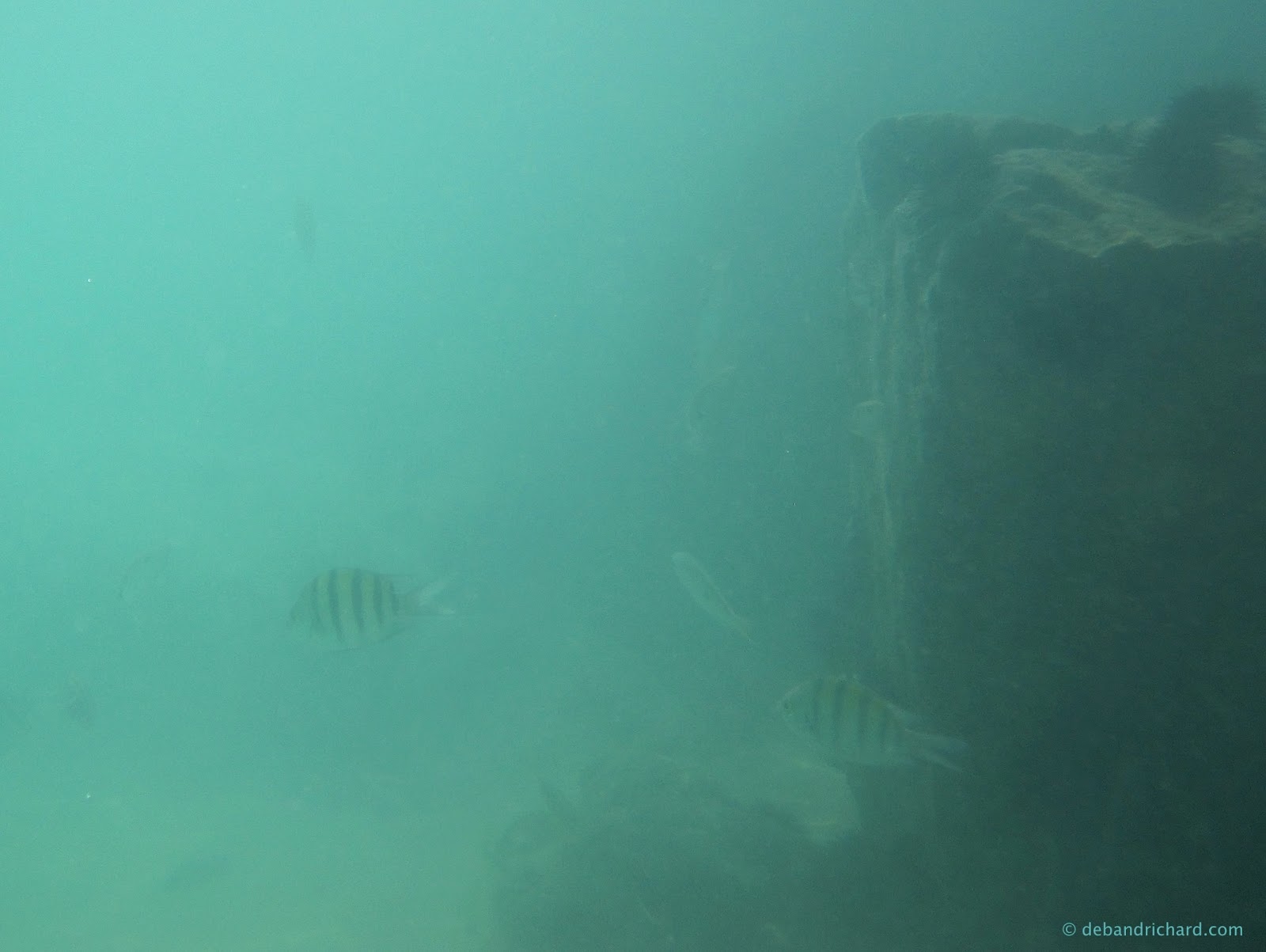 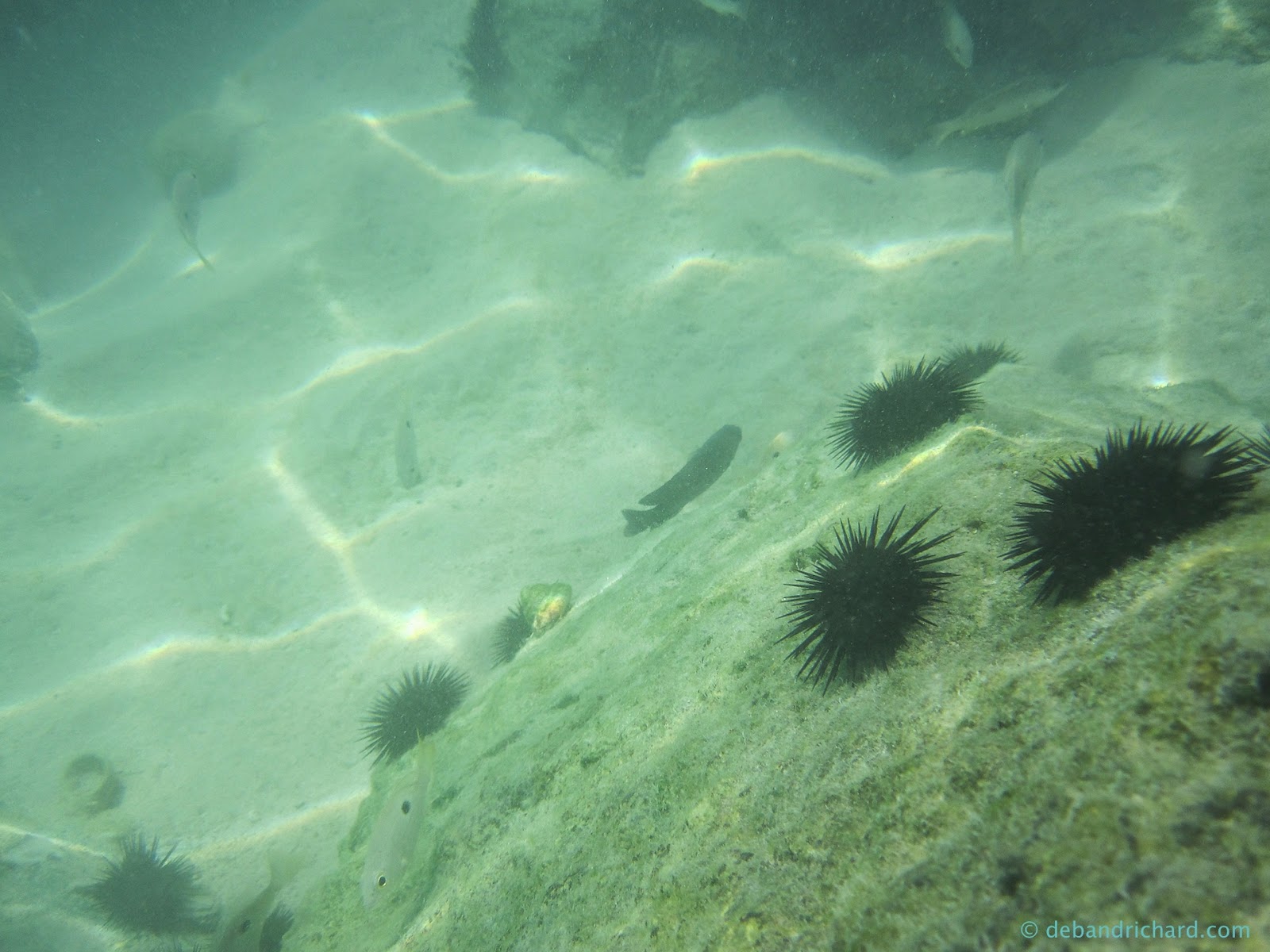 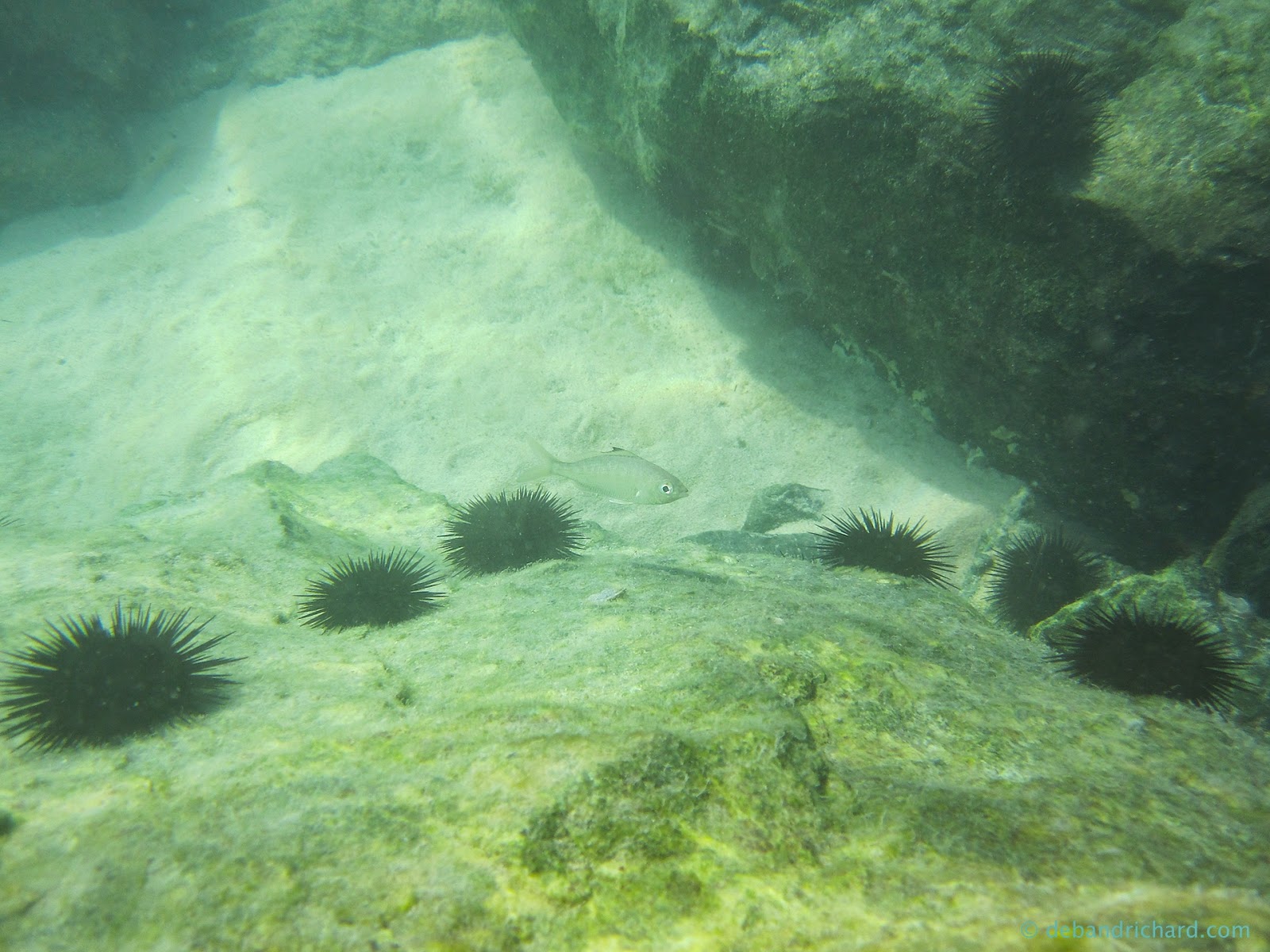 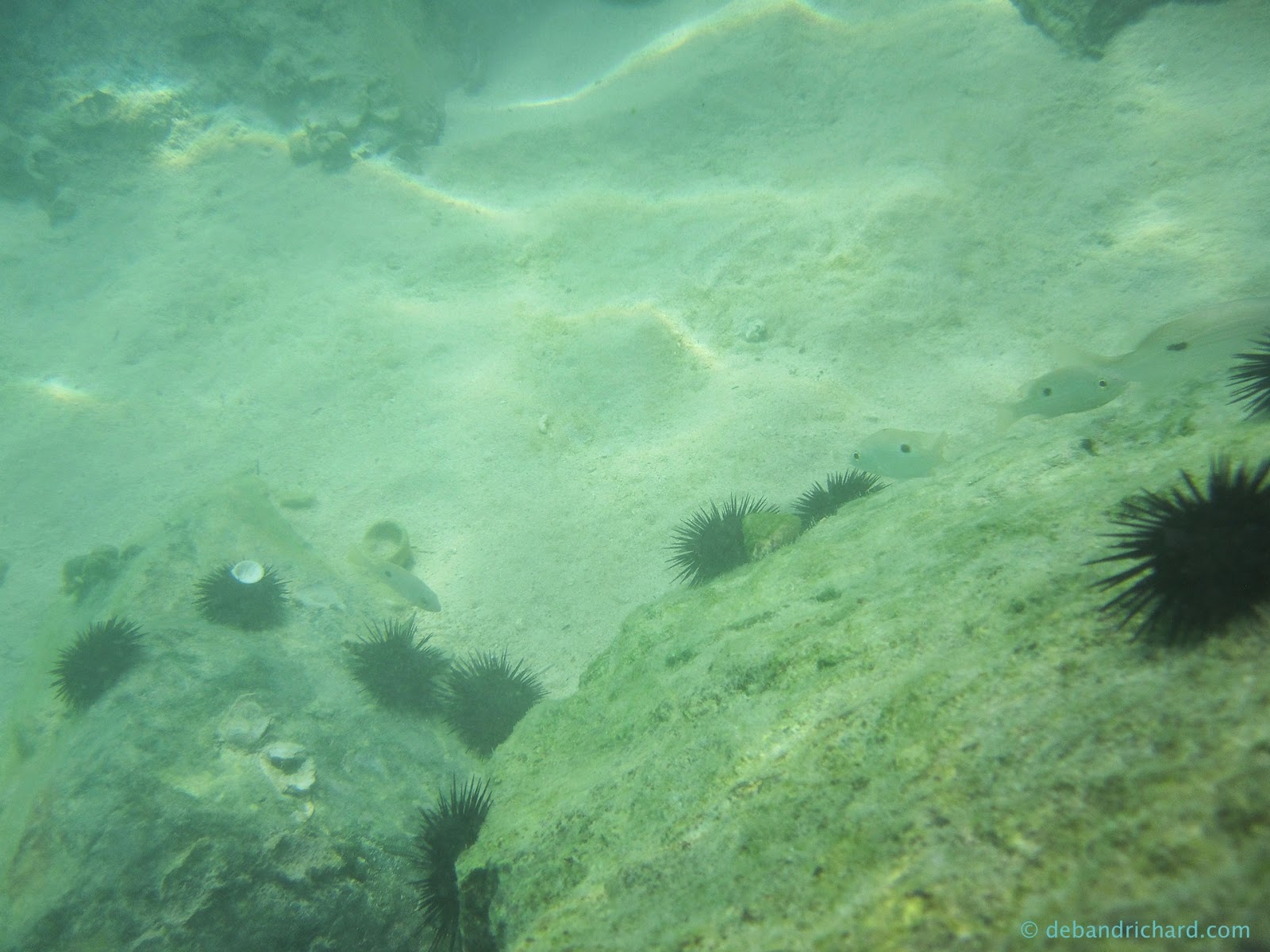 We took some photos of the Burj Khalifa in skyline behind us....or maybe I started to grow a unicorn horn....I like that idea! 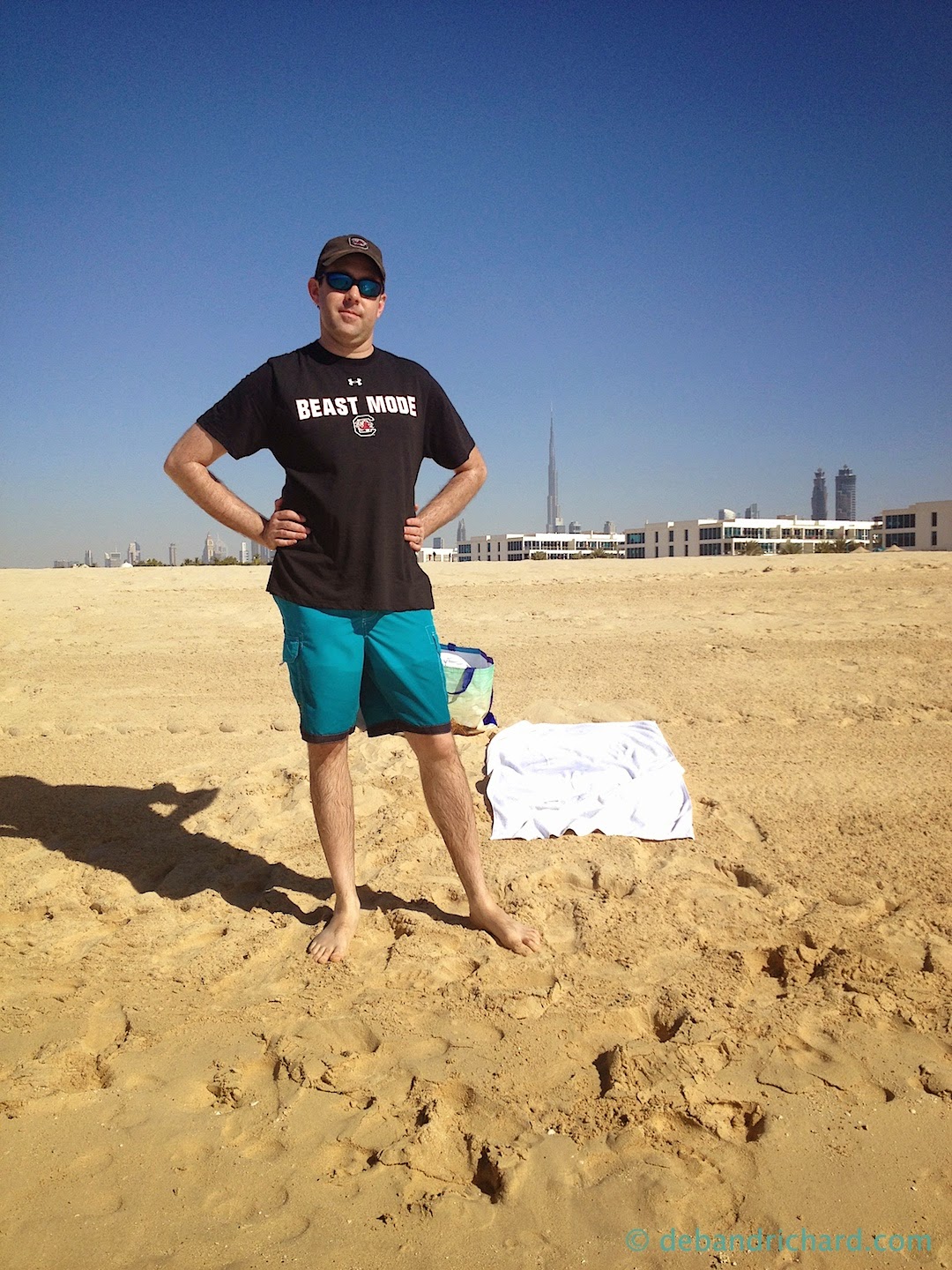 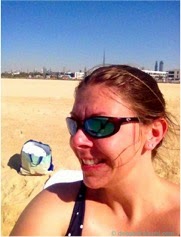 After our fun in the sun, we showered and the headed down to the Gold Souk (market). 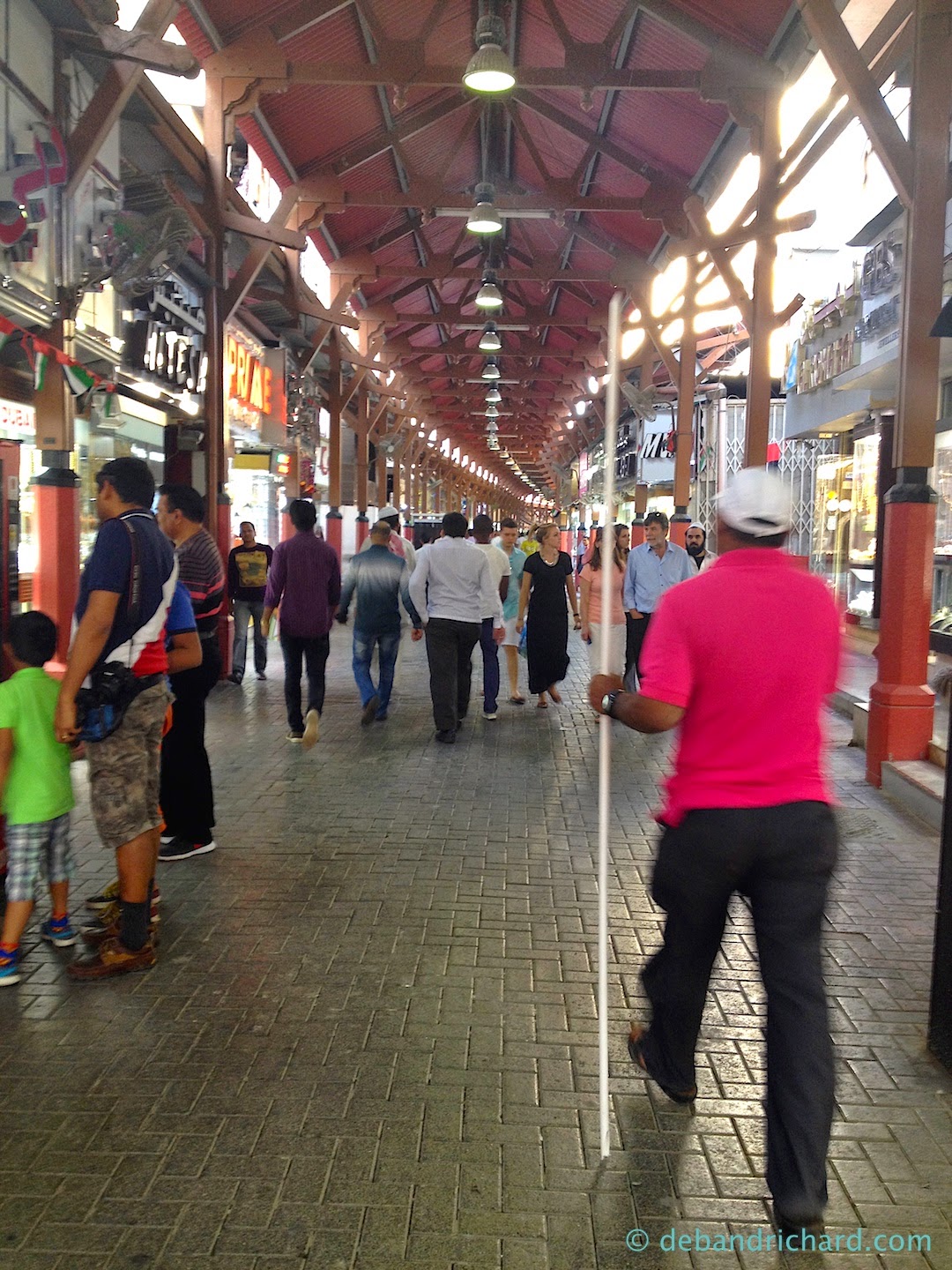 Its was much brighter and more open air than the Grand Bazaar in Istanbul, but we were somewhat disappointed in how aggressive some of the salesman were. If you walked by, they would start inviting you to look in their shop and continue following you and repeatedly invite you in. It's possible we were just overly tired from our early morning ballooning adventure and then 4.5 hours at the beach. We did stop to look in one window, which contained the world record for largest ring! 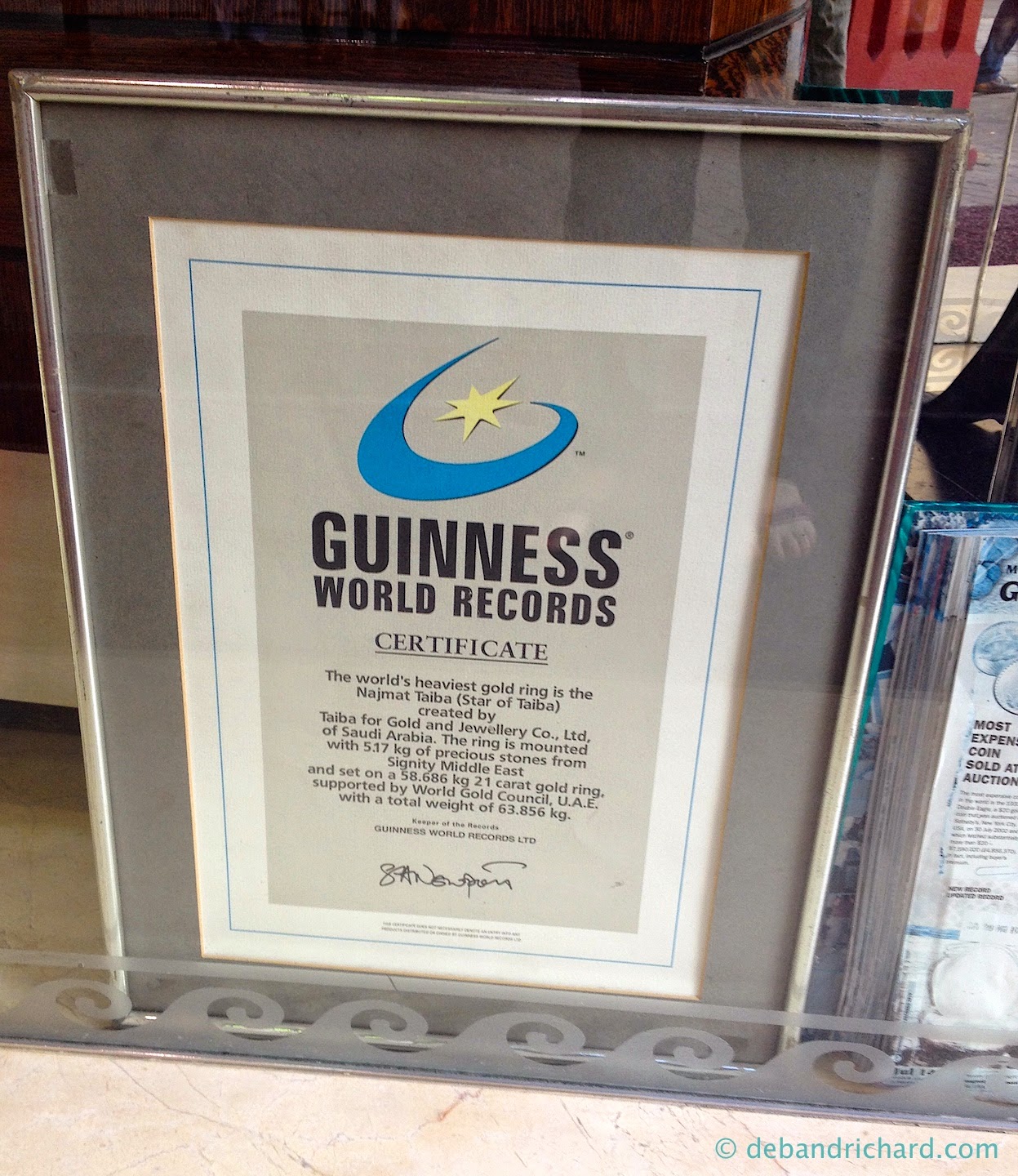 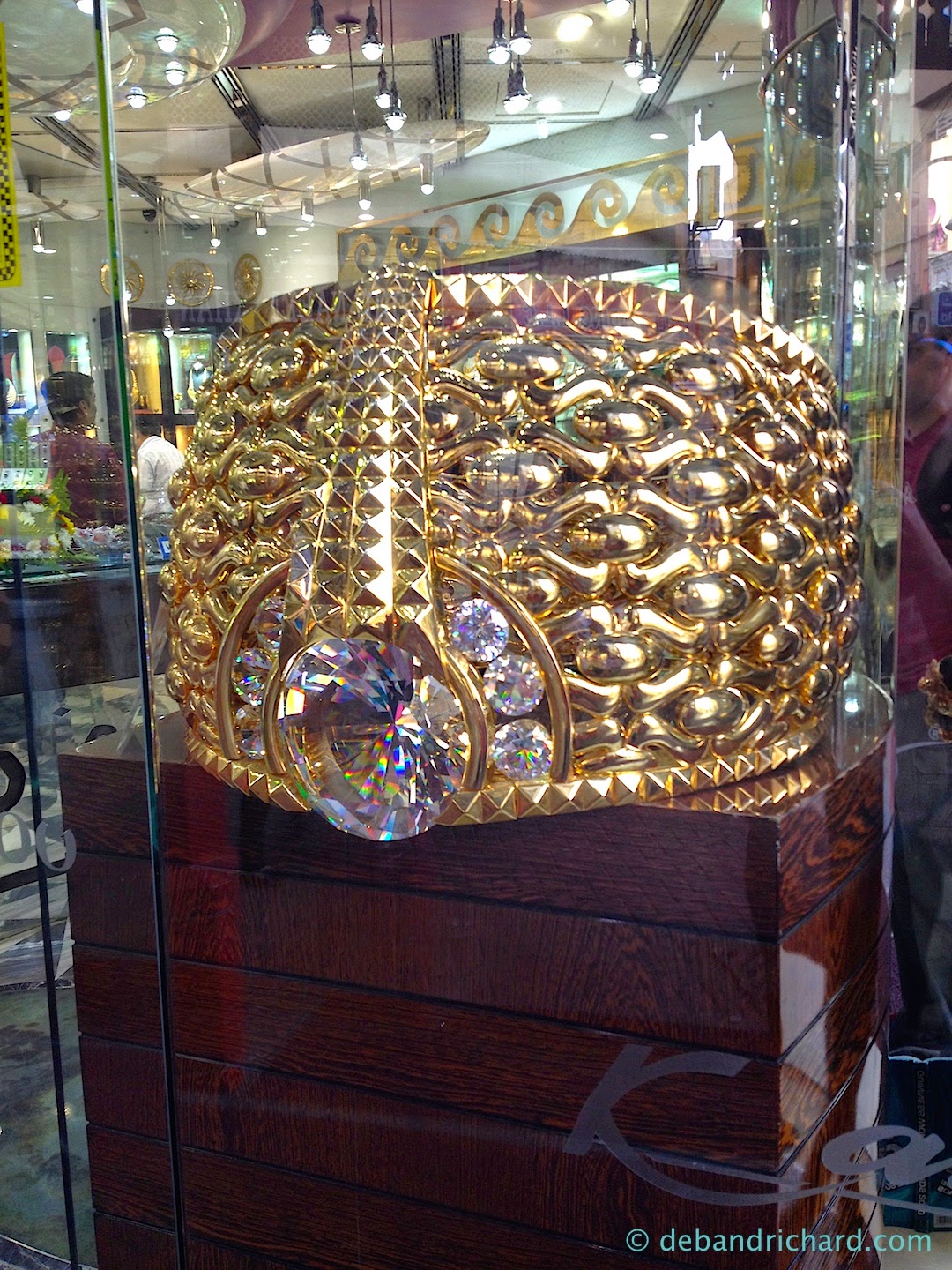 I'm not sure if it is even possible for a single person to lift that ring, let alone wear it! The Gold Souk is located near the banks of the Dubai Creek. There were a large number of boats/barges as well as mountains of boxes being delivered/loaded along the creek. 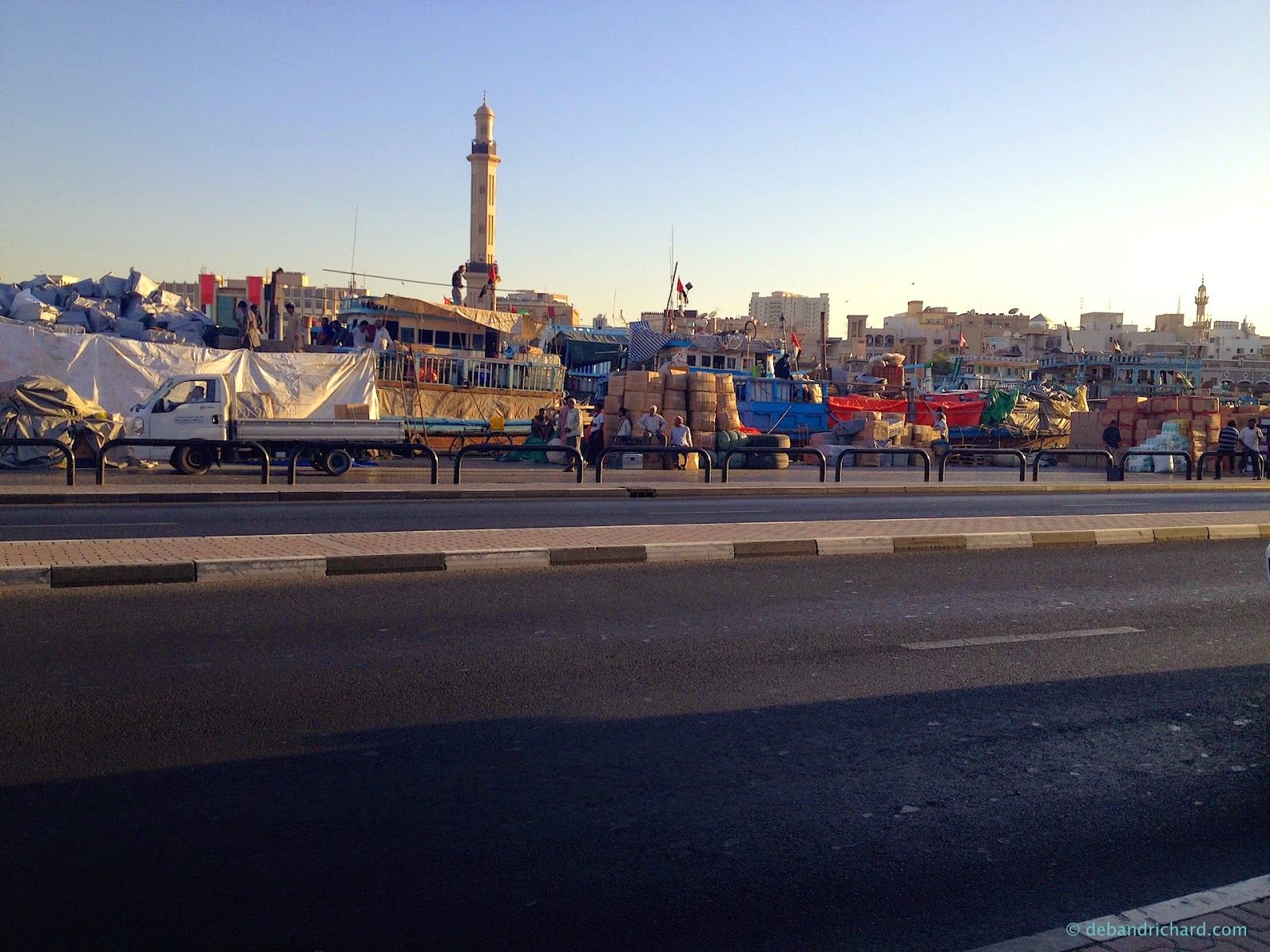 Near all these barges you can catch one of the many abras (water taxi) ferrying people across the creek. We were offered a private creek tour for 100 dirham, we opted for the 1 dirham group taxi straight across. 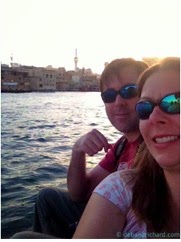 Another abra crossing the creek. 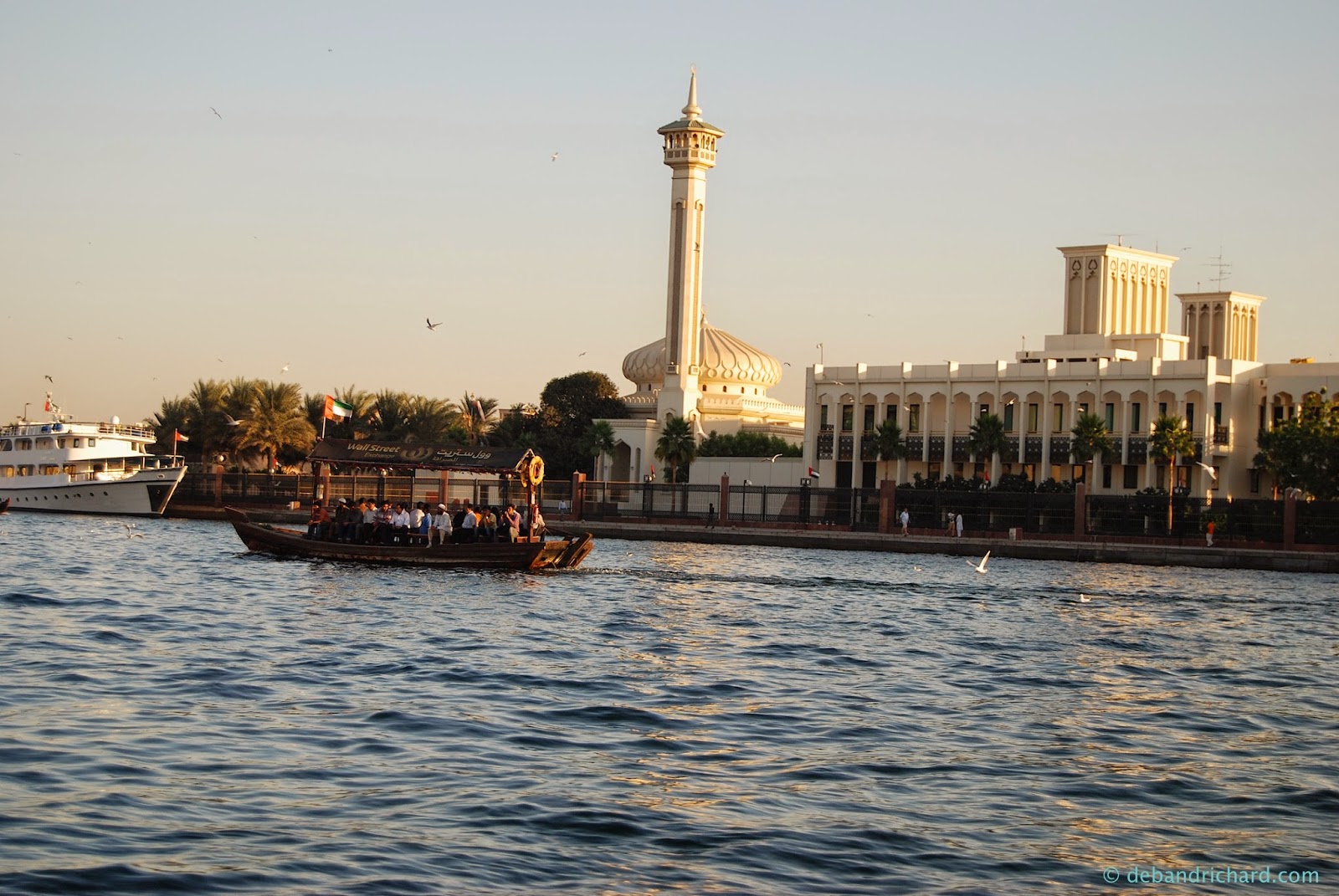 A mosque we could see from the water. 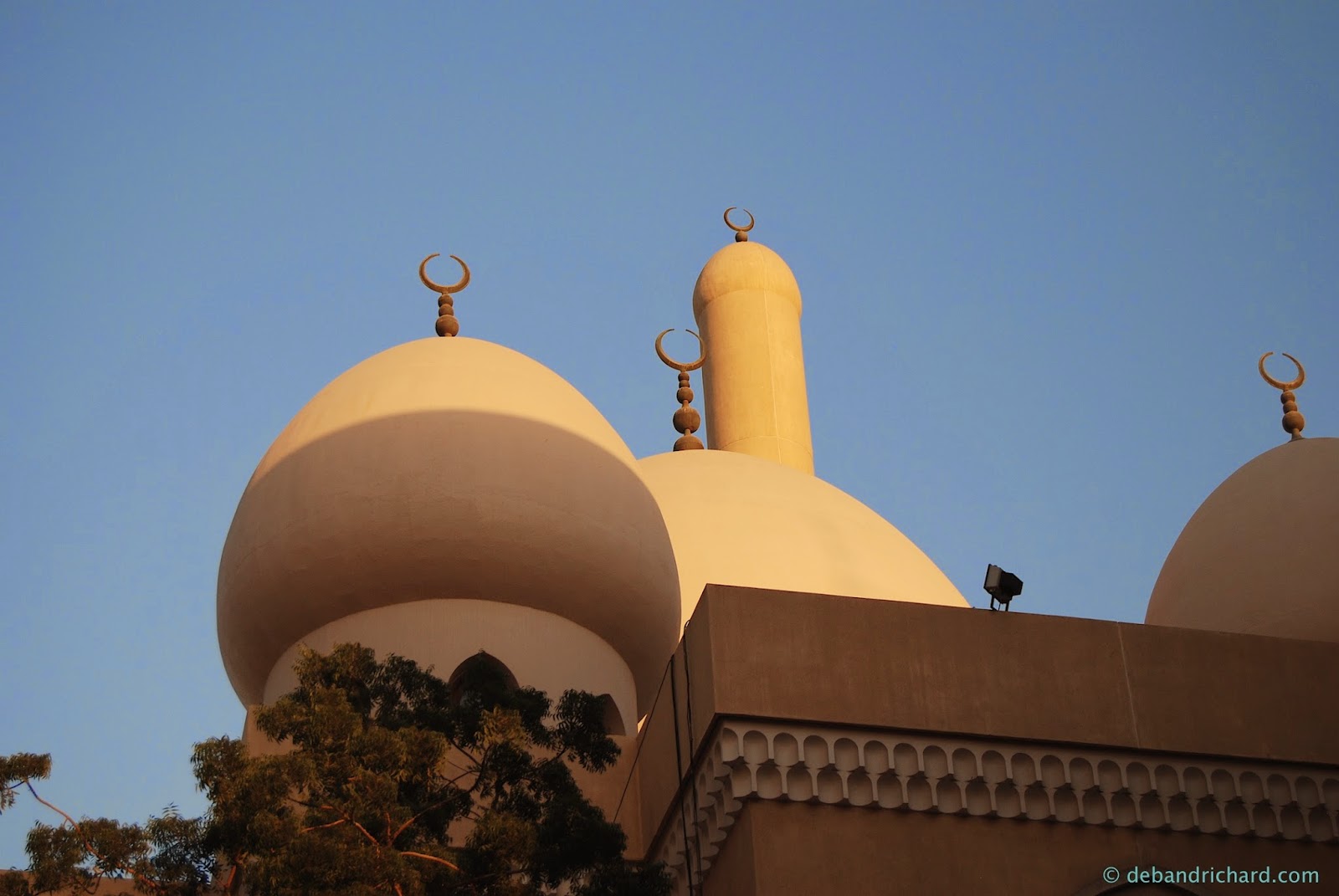 After wandering around the Fabric Souk. There were still somewhat aggressive salesman, but not as bad on this side of the creek. It looked as if most shops you would pick our a fabric and then they would make to order the garment you wanted.

Afterwards, we headed back to the Dubai Mall for dinner and to watch the Dubai Fountain light show. 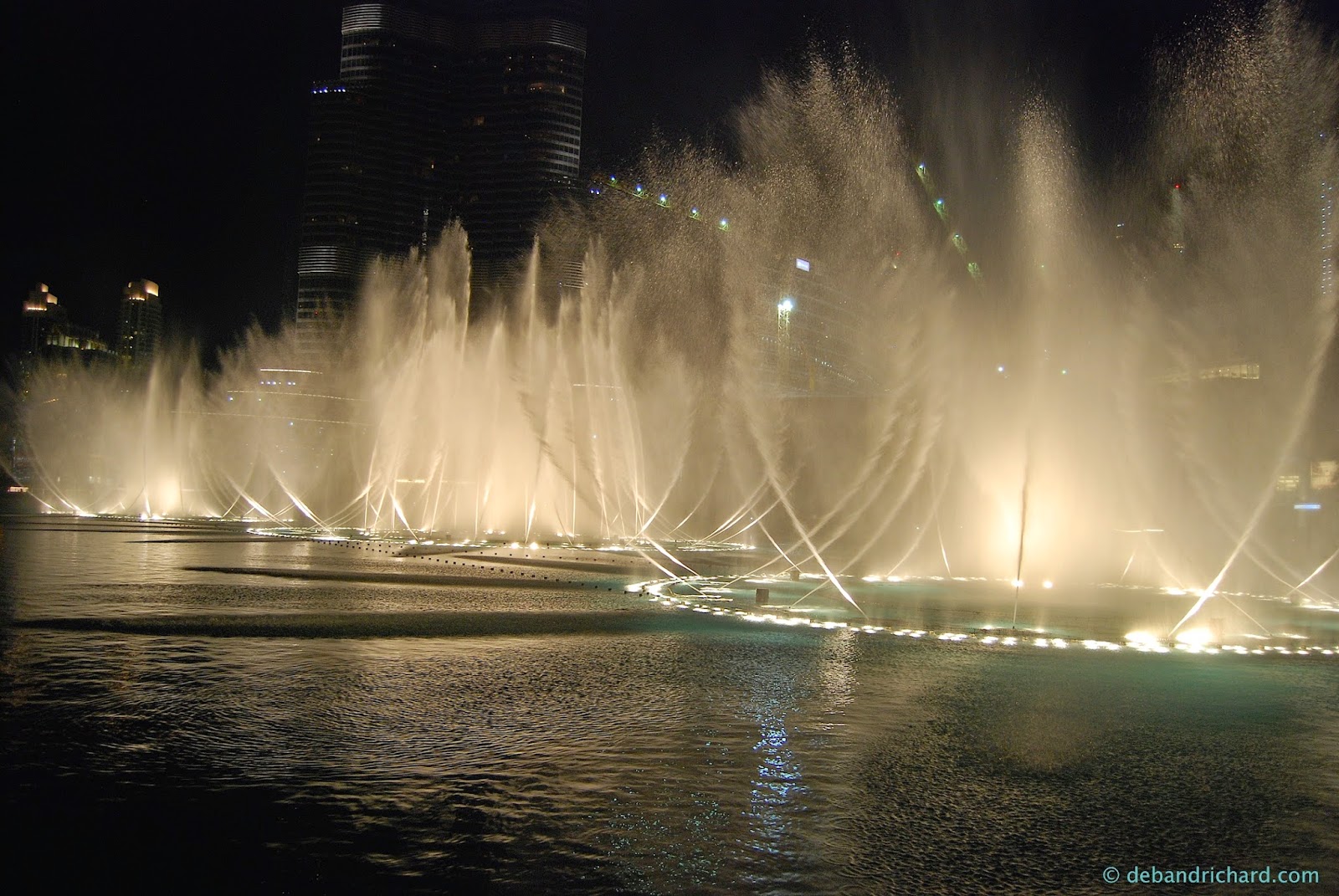 We also go a decent shot of almost all the Burj Khalifa (which gets its own post). 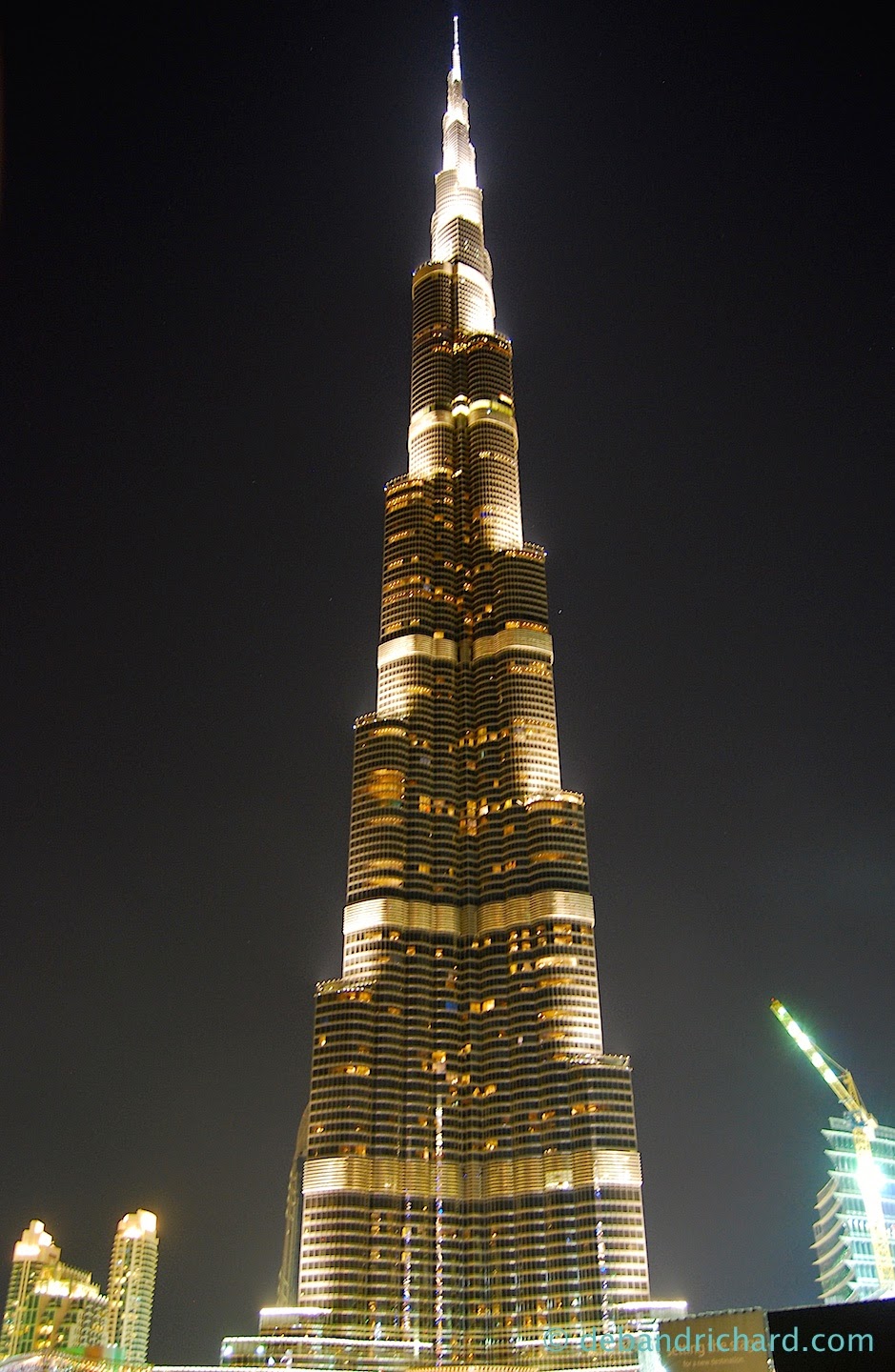