On our last day in Dubai (again with Tbilisi's early morning arrivals our flight didn't leave until after midnight), we headed to the world's tallest manmade structure....the Burj Khalifa.

According their website, the Burj Khalifa is 828 meters (2716.5 feet) tall. It touts the highest number of stories, the highest occupied floor, and the highest observation deck to name a few.

We opted for the basic ticket that takes you to the 124th floor (you can pay 4x as much to go all the way to the 148th floor).

I am well aware that Dubai was built from nothing in the desert. I still commented to Richard that everything was so brown/sand colored.....from the ground there is lots of landscaping and you don't notice all the sand as much. 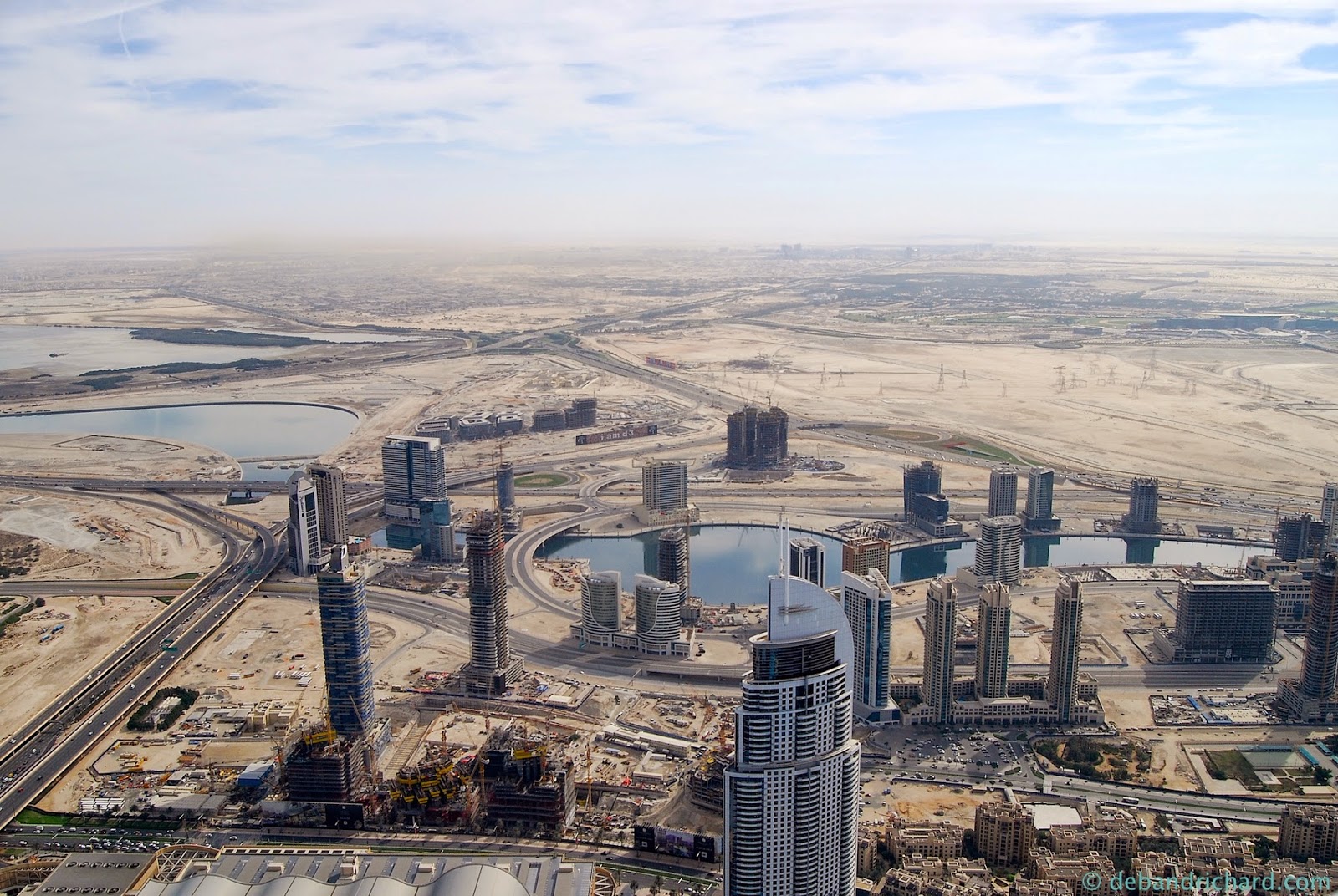 Looking up from the 124 floor to the top of the building. 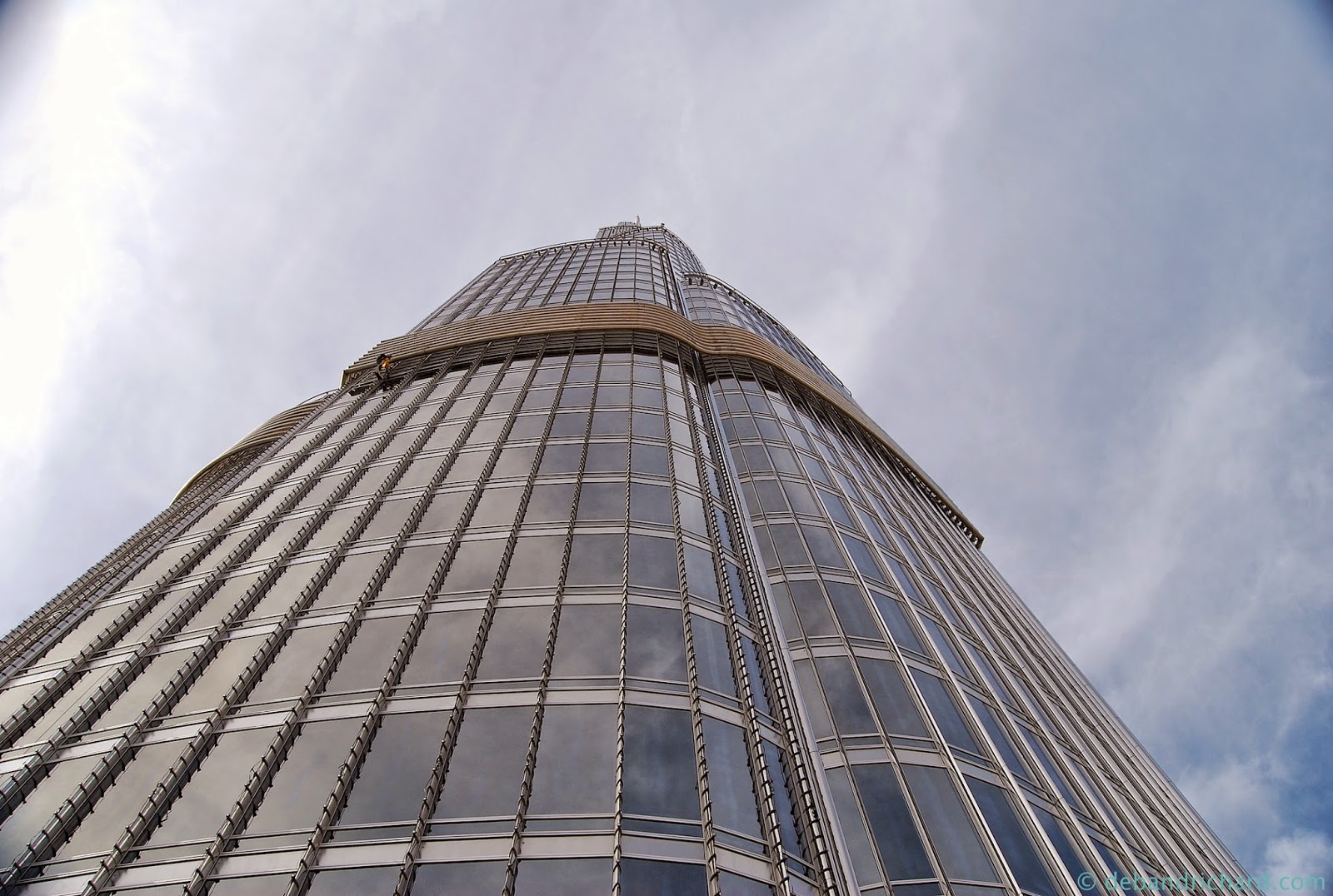 Note the shadow of the Burj Khalifa. 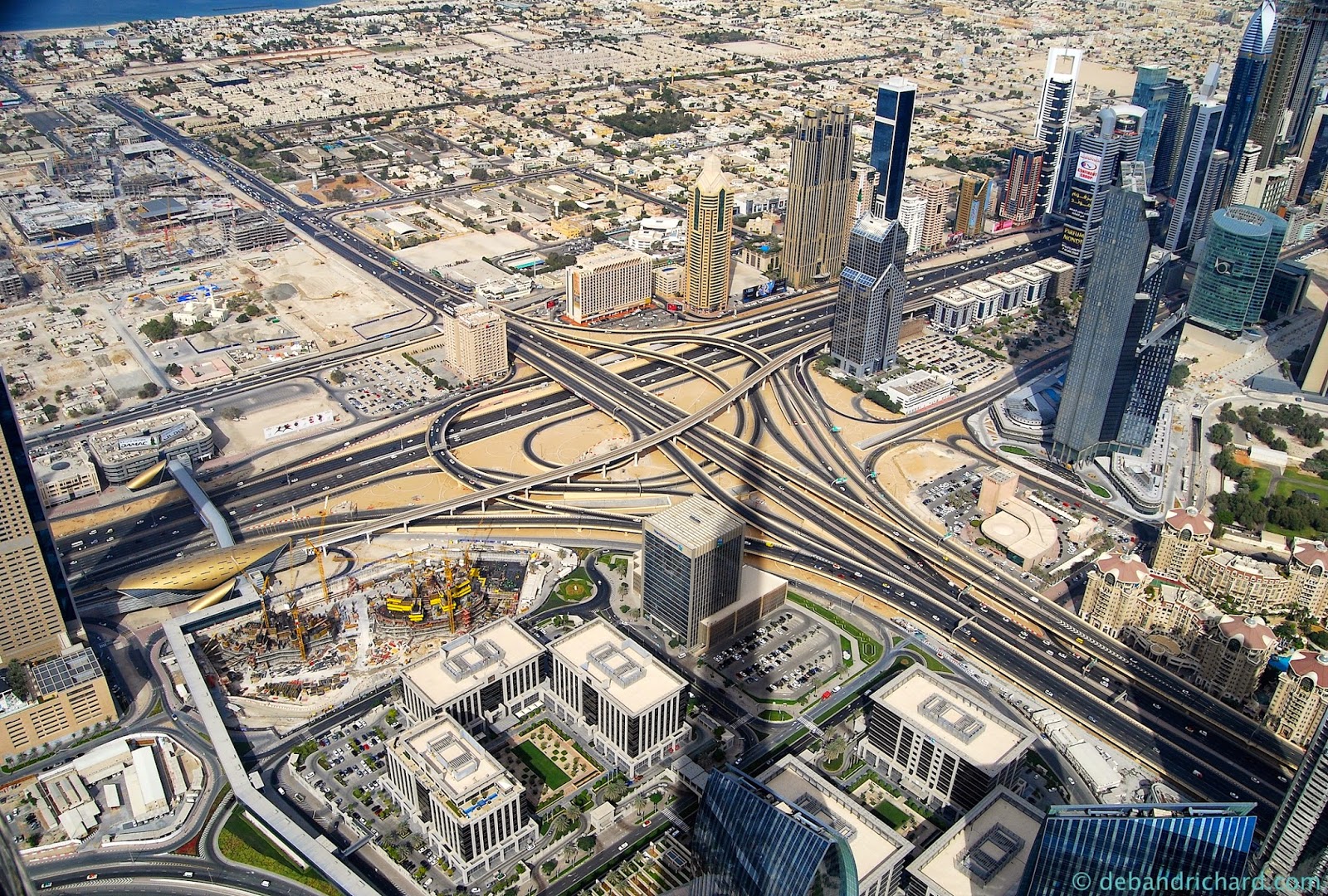 You can see the 'World of Islands' that I mentioned was across from Jumeriah Beach. 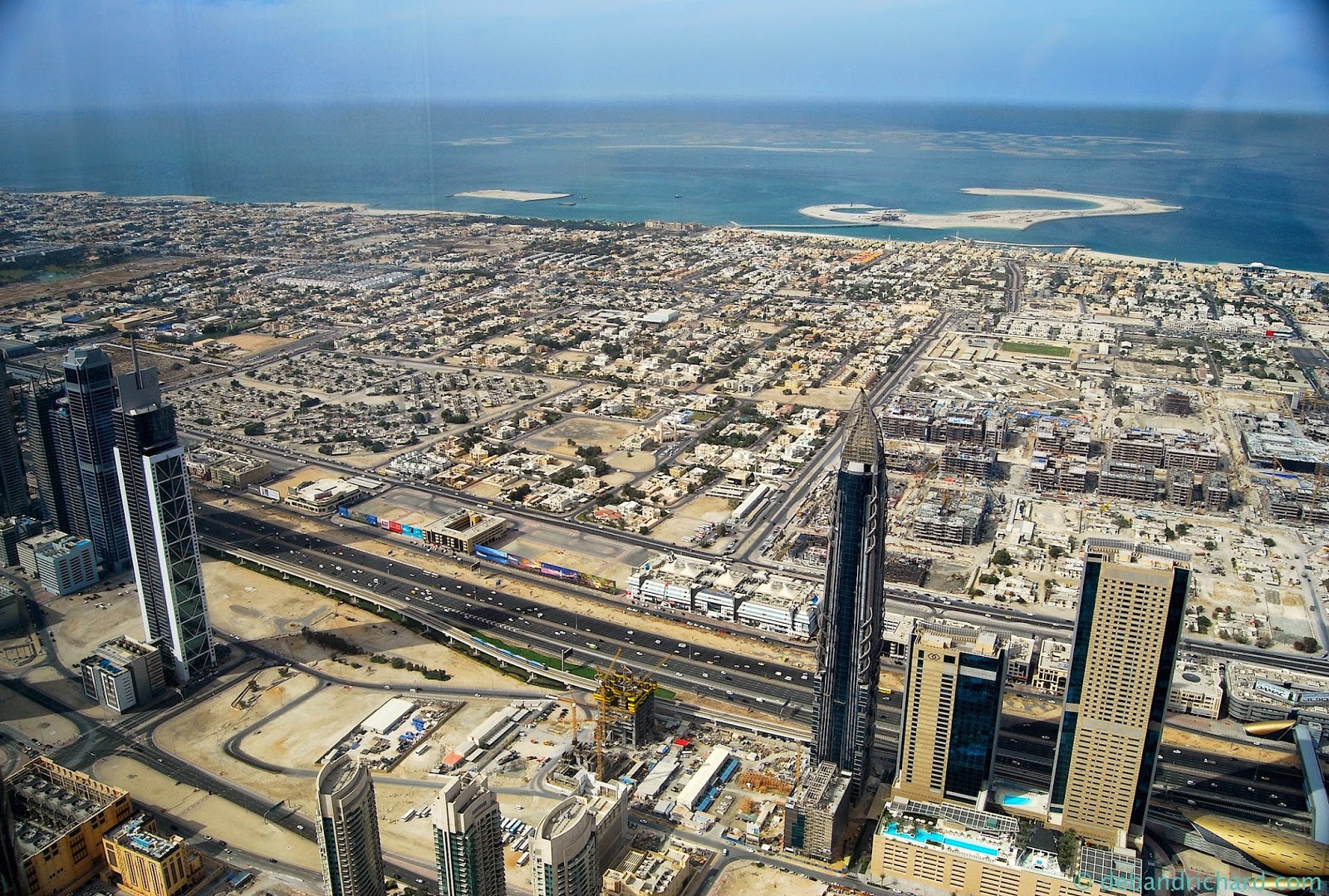 Buildings, buildings everywhere as far as the eye can see! 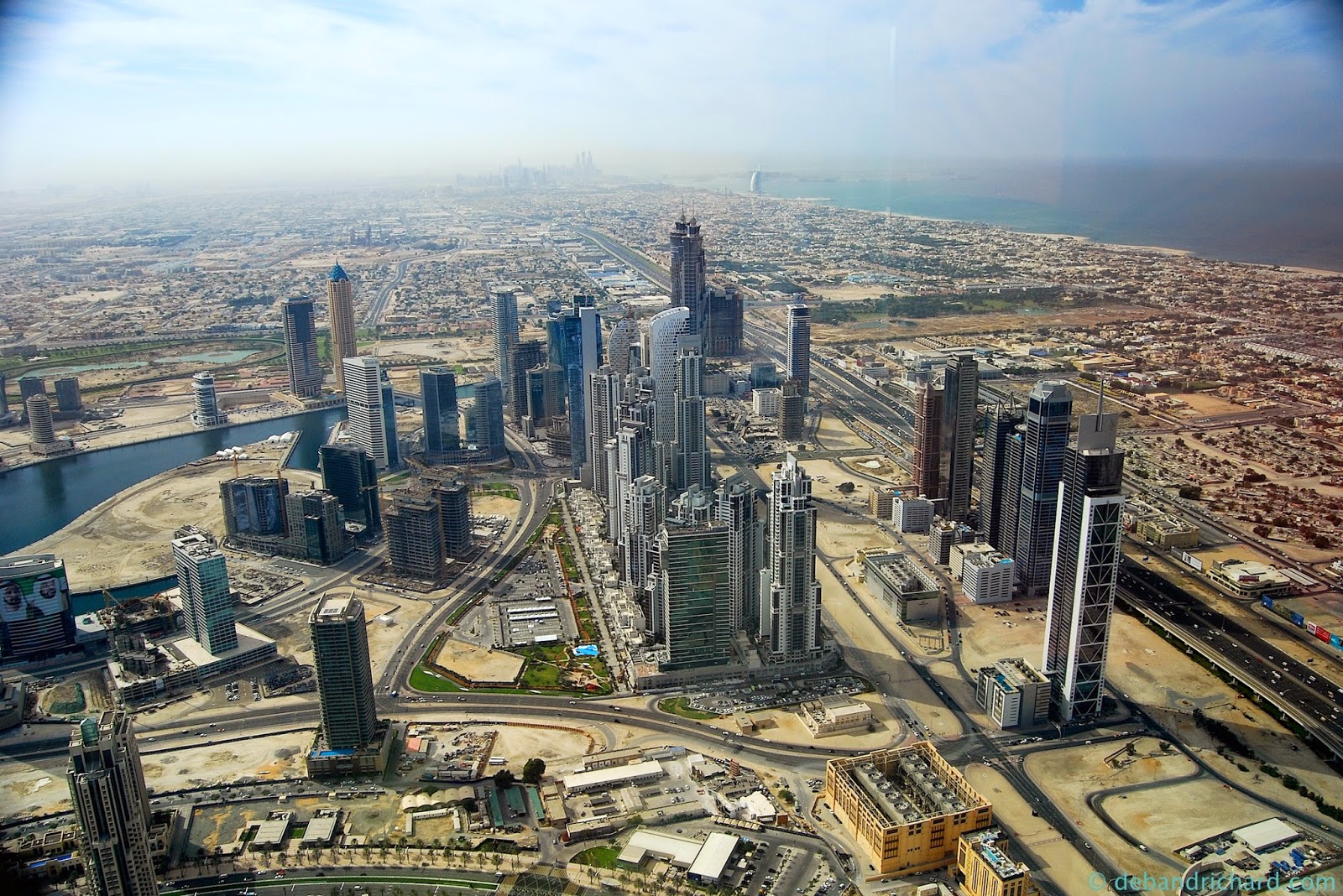 An ariel shot of the fountain used in the nightly water/light show. We watched the show the night before from the little bridge to the left of the picture. 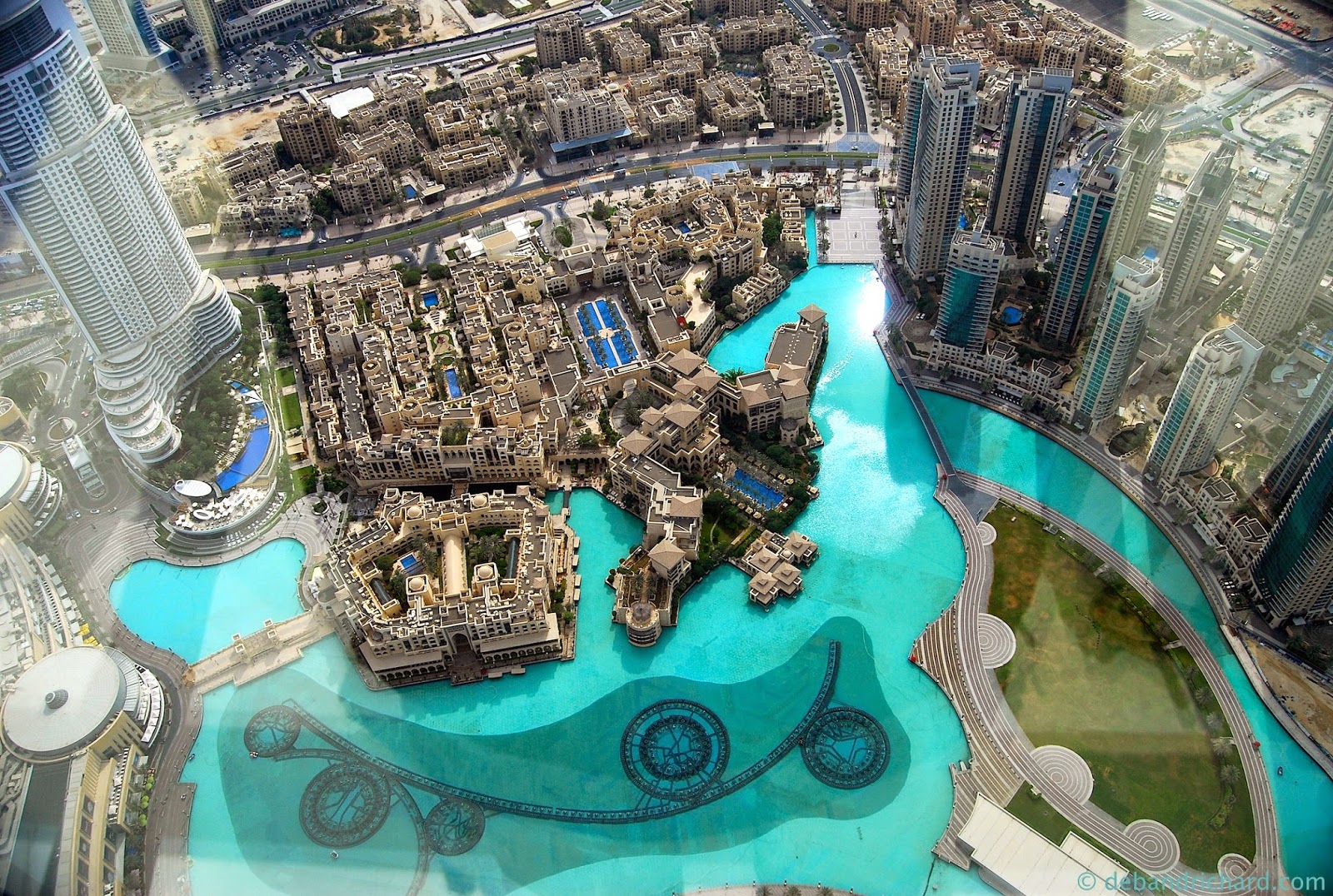 I found it interesting that construction began in 2004, 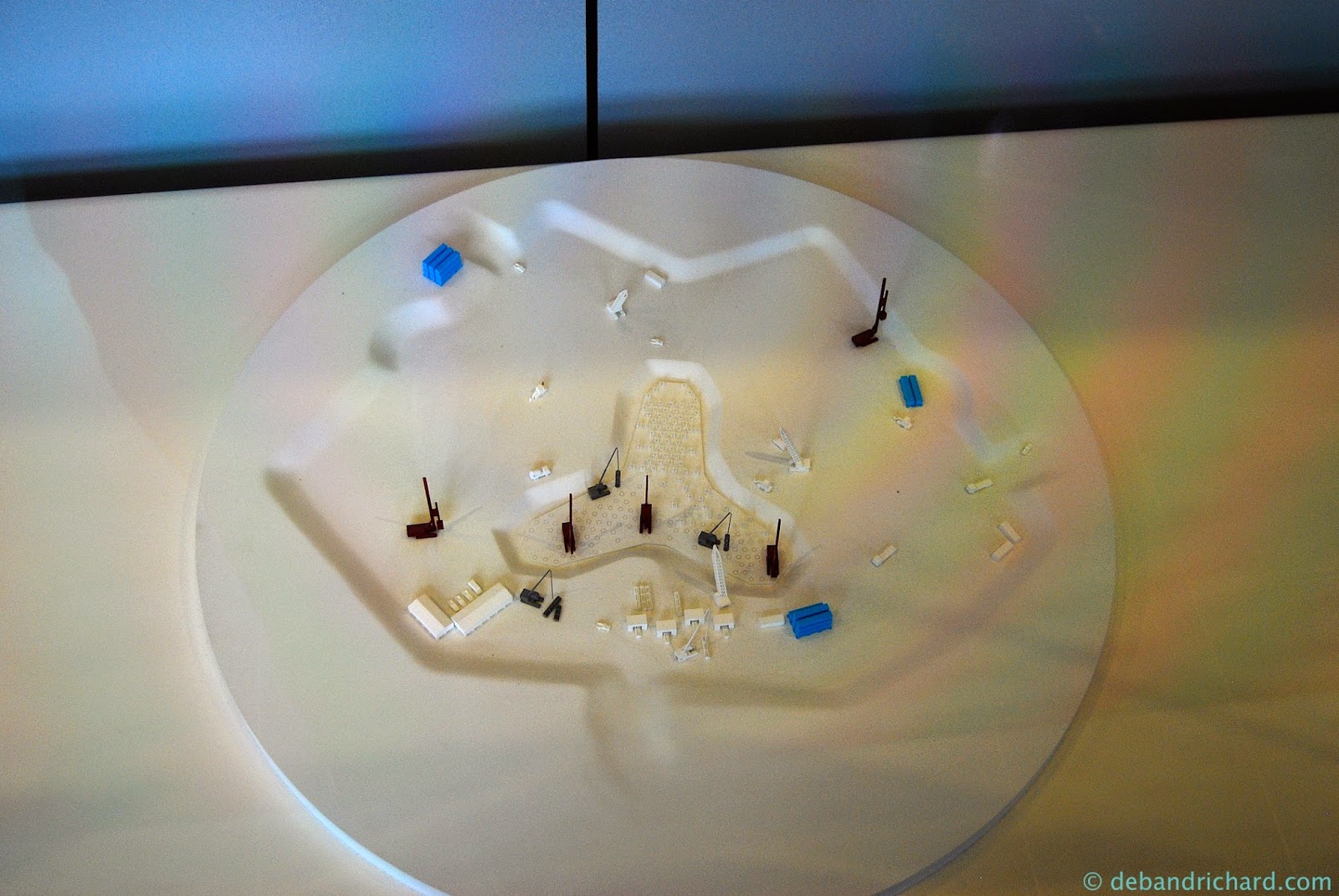 and the building was completed in 2010. Those 6 years seem like a long time in one respect, but then when you admire the hugeness of the building, it seems like such a short time. 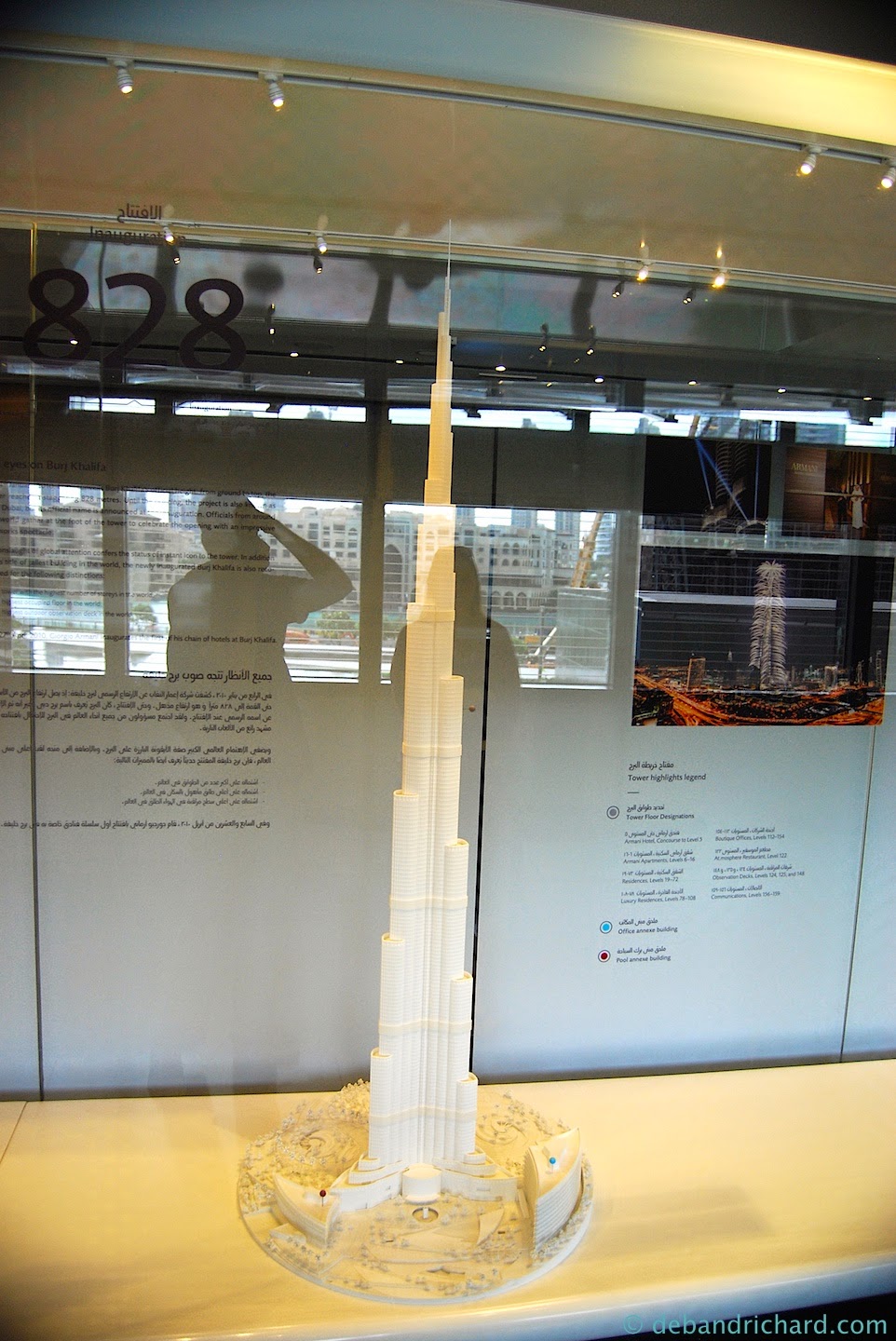 Afterwards, we had lunch in the Dubai Mall (it is connected to the tourist entrance to the Burj Khalifa). Then we both went our separate ways to explore the mall (I'm not as interested in electronic stores and Richard could care less about going into to Sephora).

Overall, we had a great trip. We brought the kids back some surprises which made their day, but we are definitely planning on bringing them back to visit.