Our third day in Dubai, we got up super early (as in the shuttle picked us up around 5:30 am!). The Balloon Adventures Emirates shuttle picked up a group from another hotel and then we headed out to the desert before dawn.

After going over safety and landing information. The BAD boys started filling the balloon (you know the Balloon Adventures Dubai boys). First they started with industrial sized fans just blowing air into the balloon. 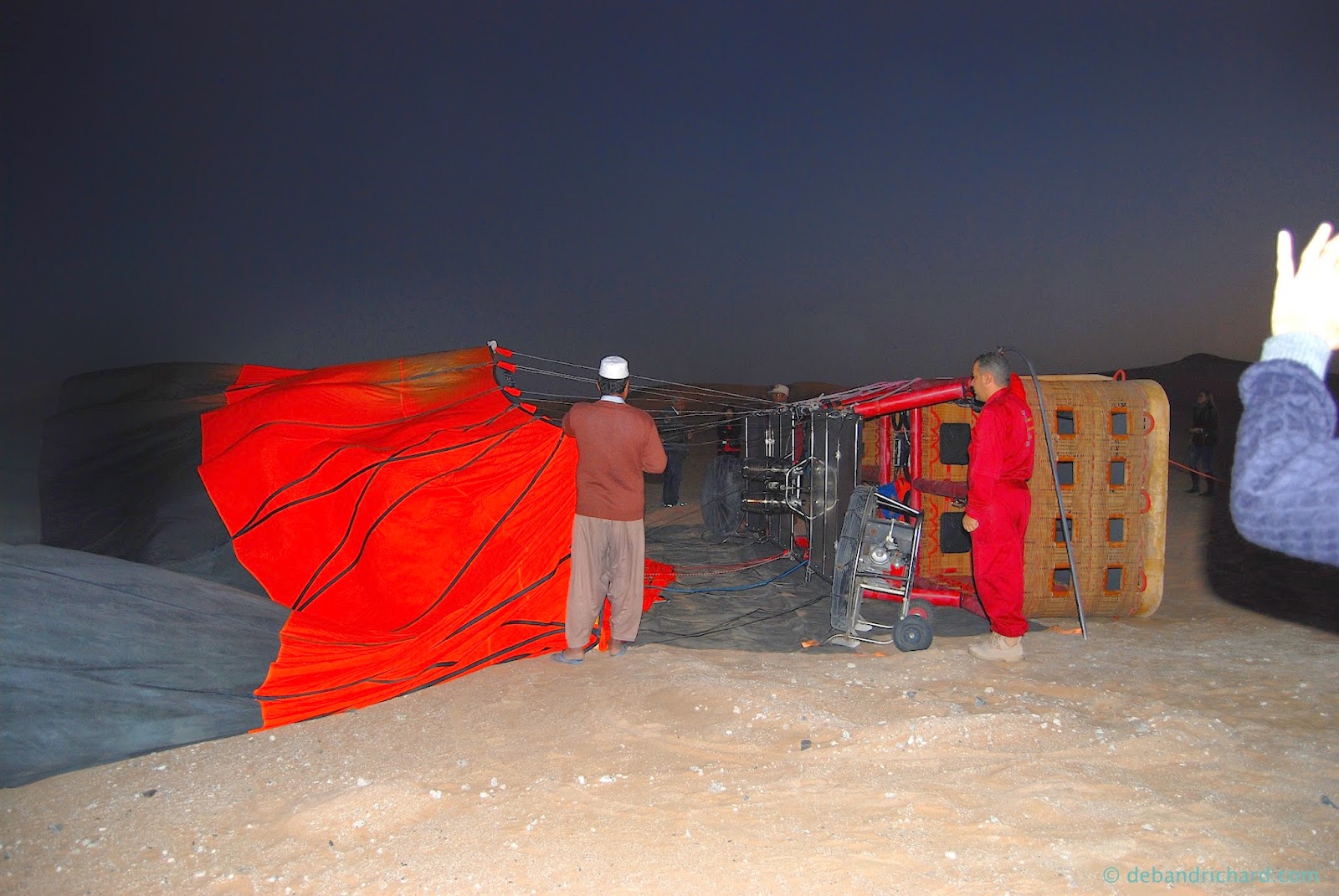 Then comes the fire to heat up that air. 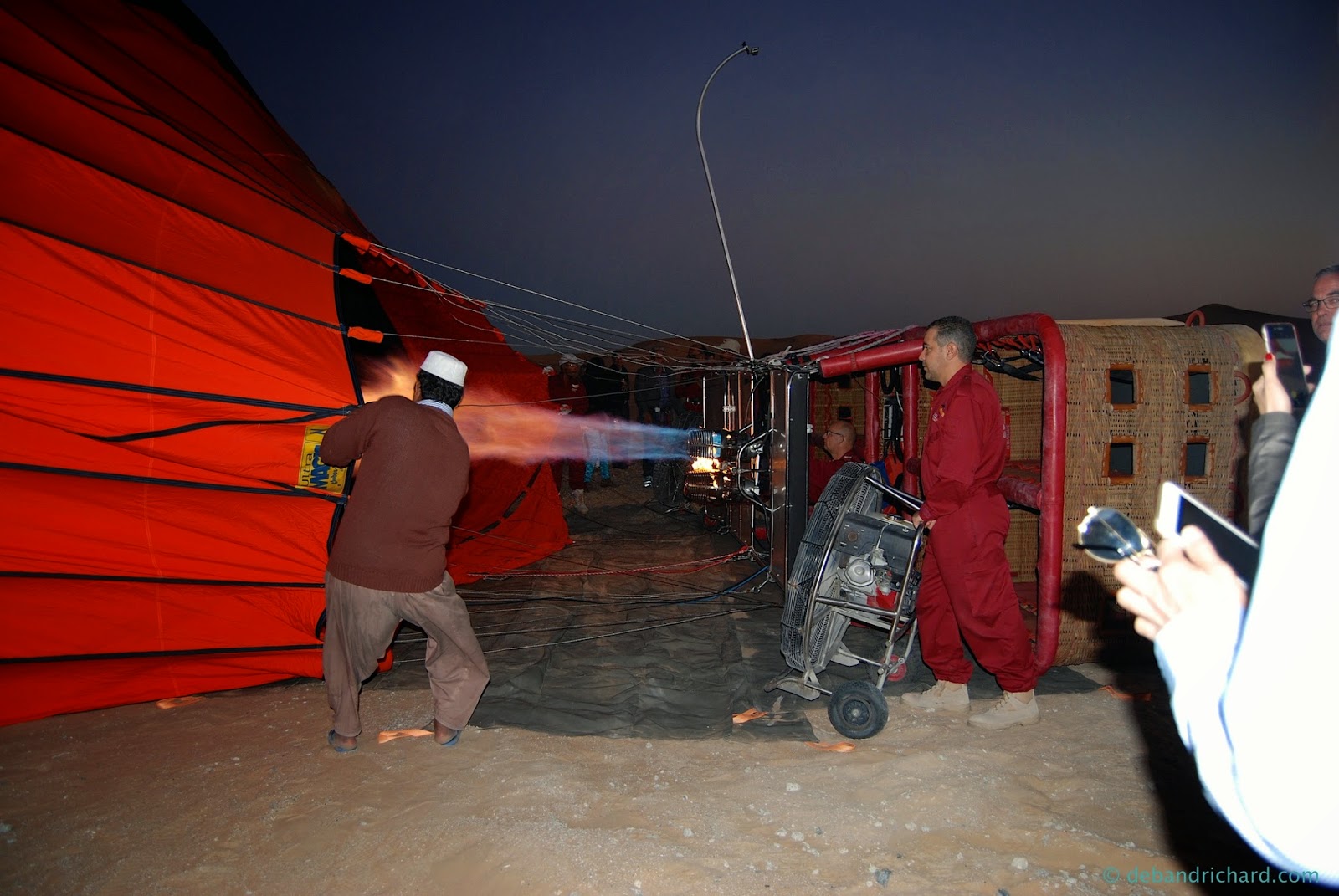 Almost ready for boarding. As soon as the basket was upright Cap't Mike yelled to jump in....and we did! 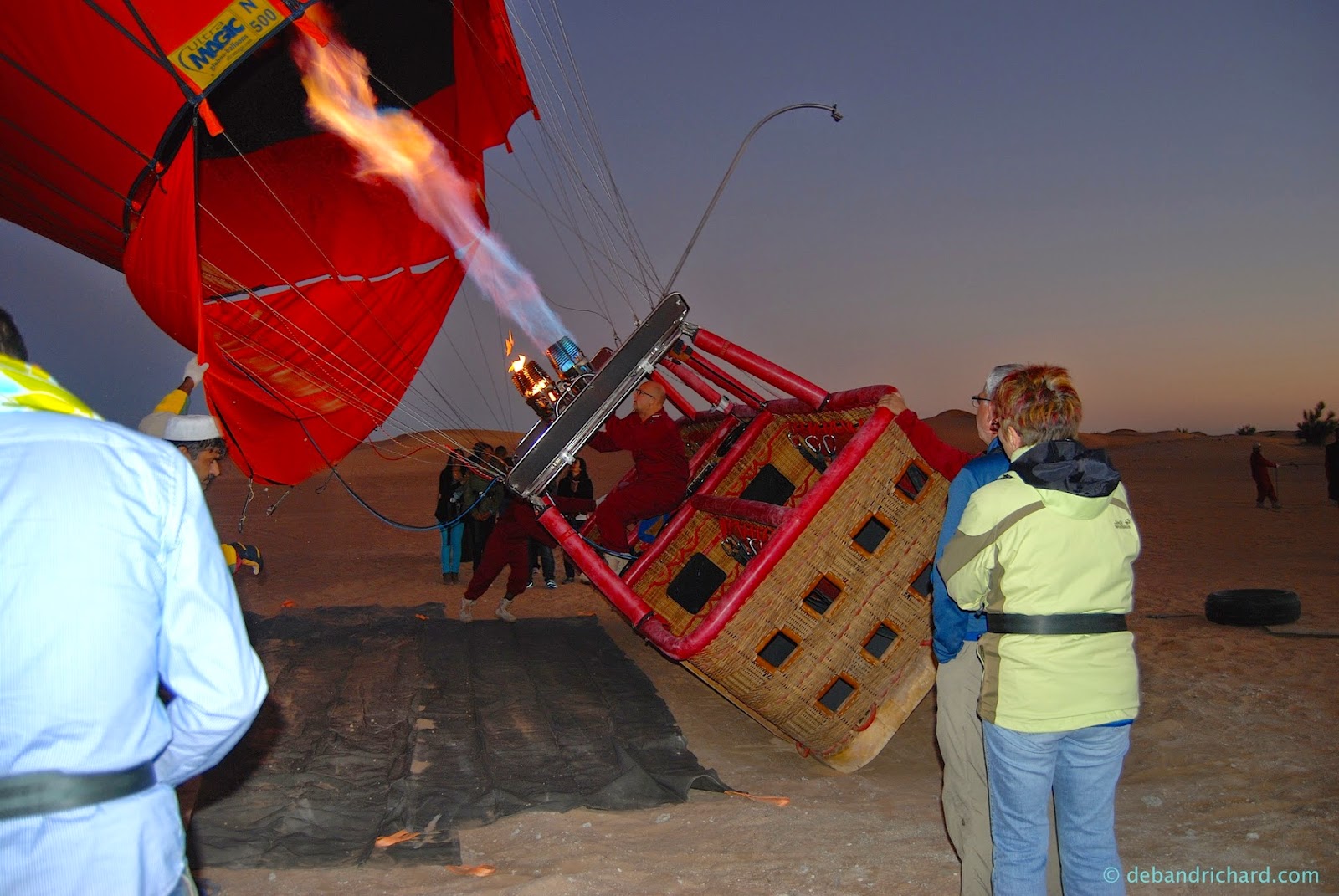 Close to our highest, about 4000 feet. Unfortunately, there was no wind up there so we spent most of the time only several hundred feet above the desert. 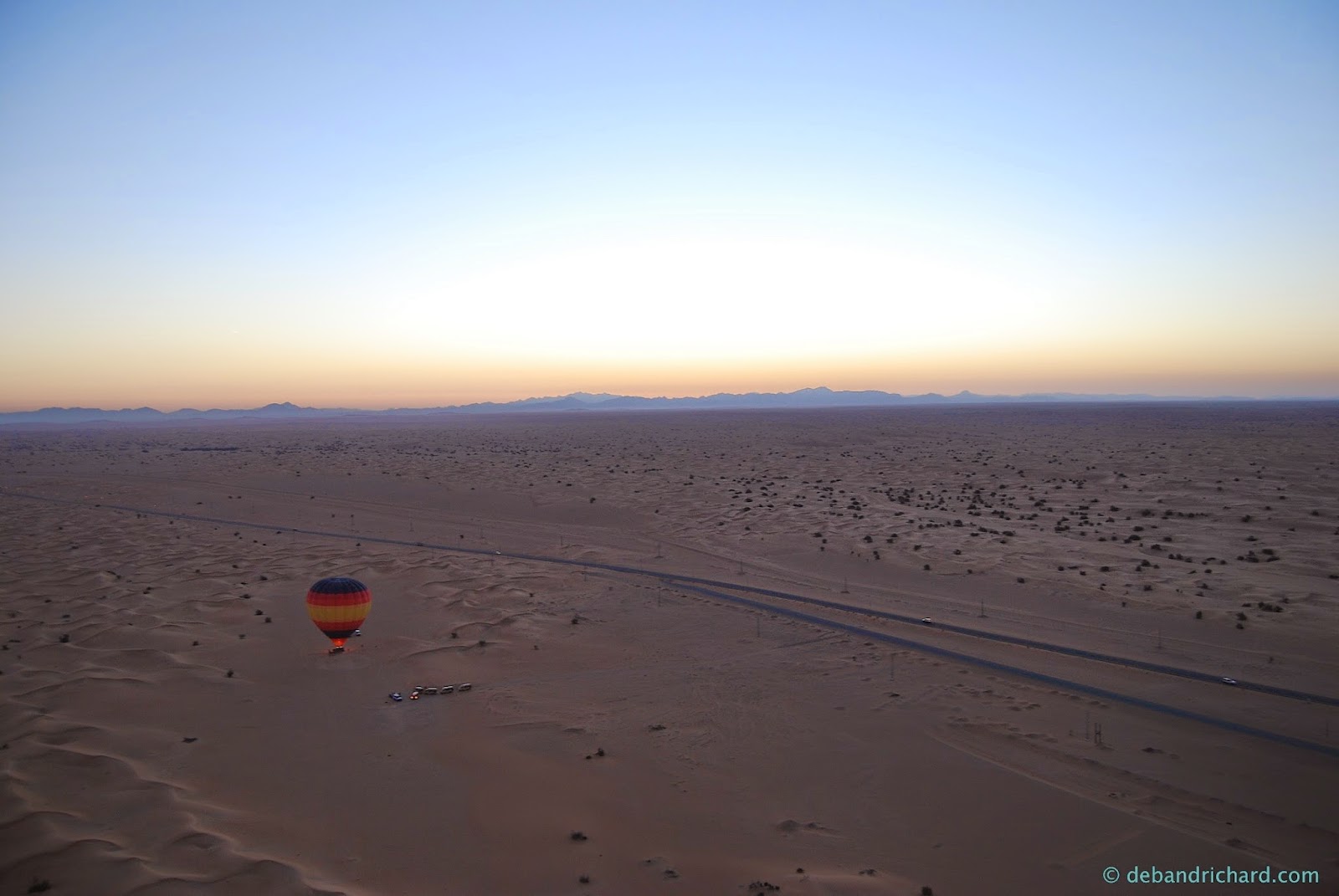 Bedouin farm land. There is no water in the desert, so all water for irrigation is piped in from Dubai. 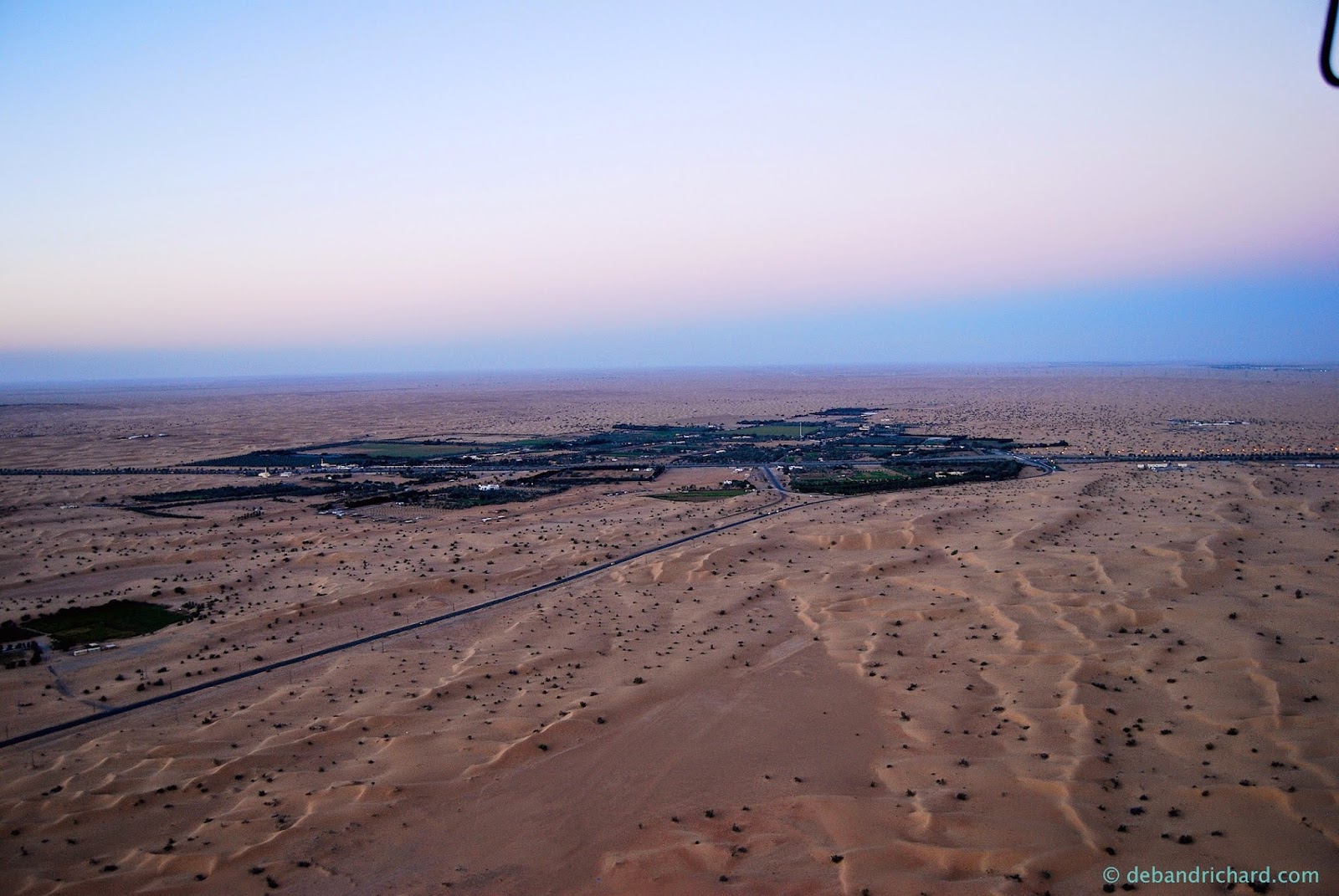 We made it up in time to watch the sun start rising over the Hajjar Mountains. 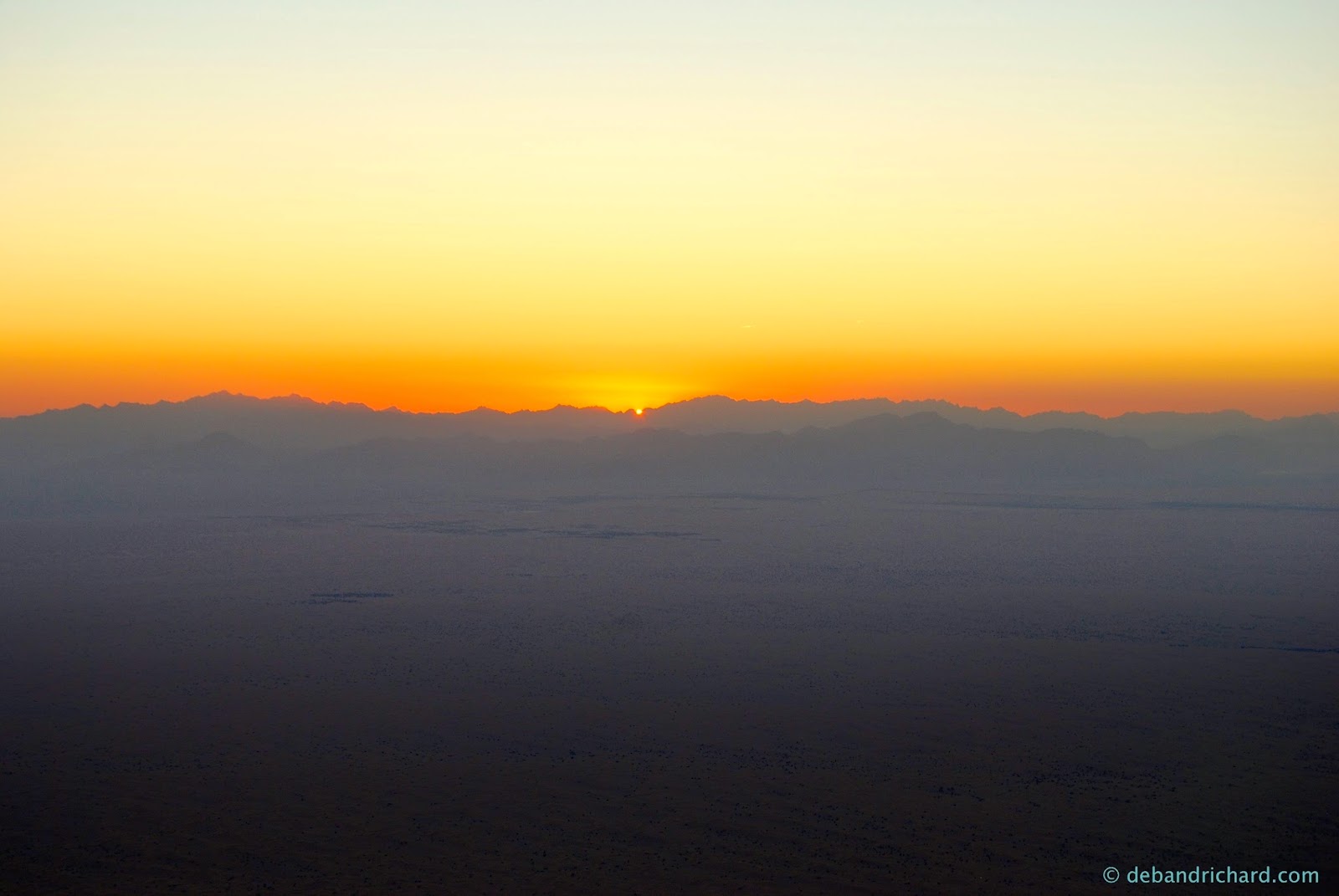 It took about 2 minutes and the sun was up! 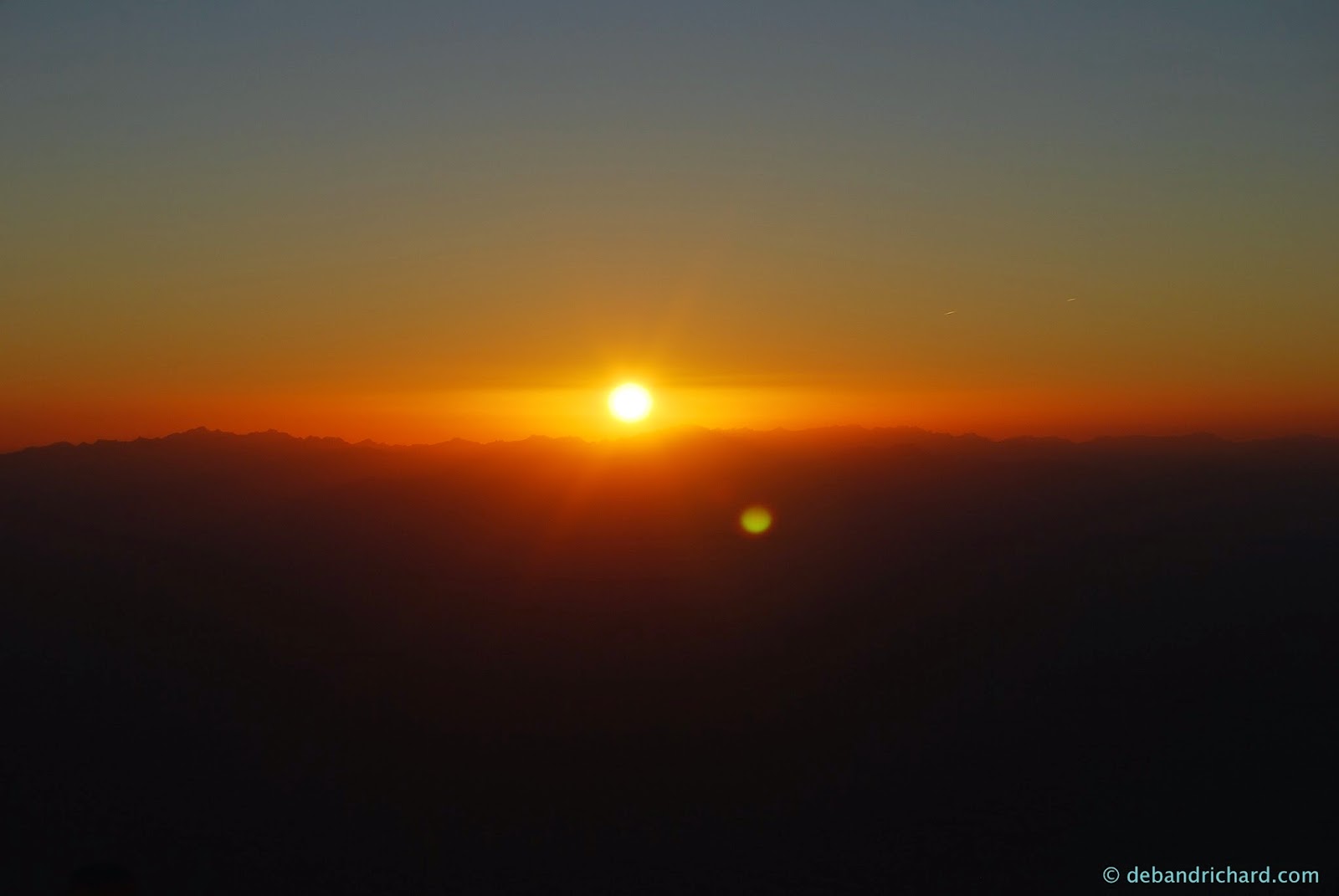 The Sheikh wrote Dubai into his personal lake. 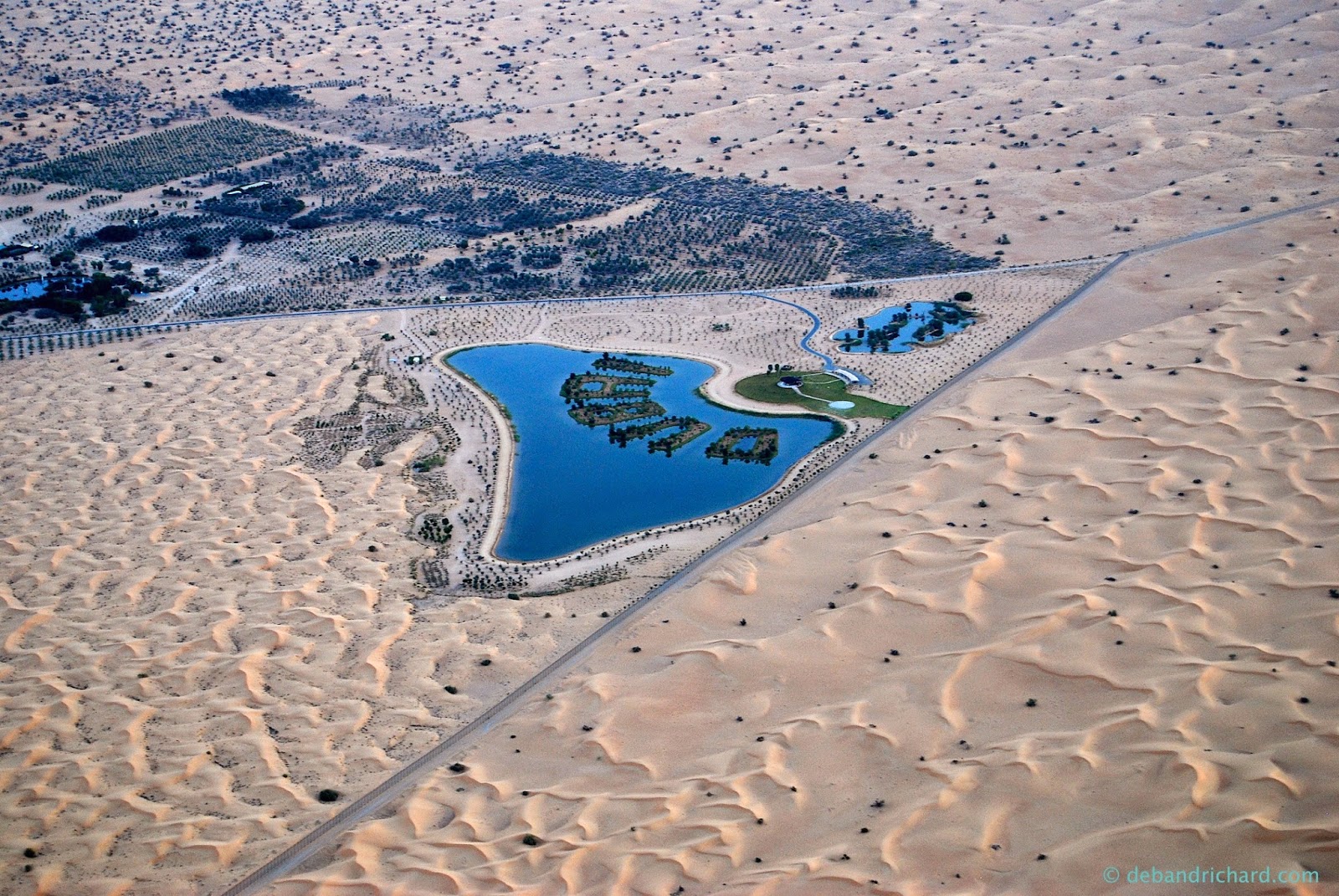 Here is a little video clip of the fun we were having.

View of the morning sunlight hitting the tops of sand dunes. 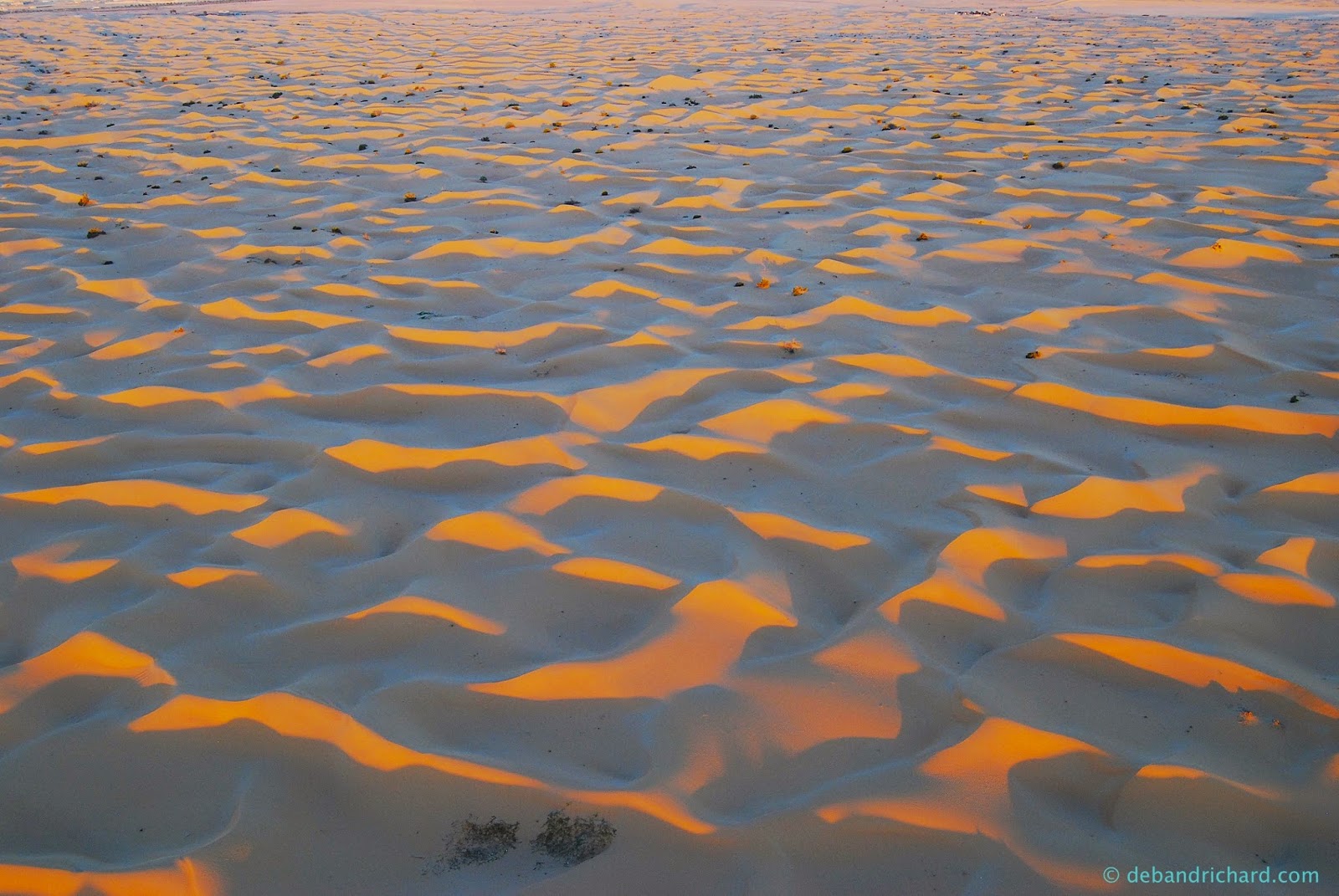 A group of Arabian Gazelles we flew over. 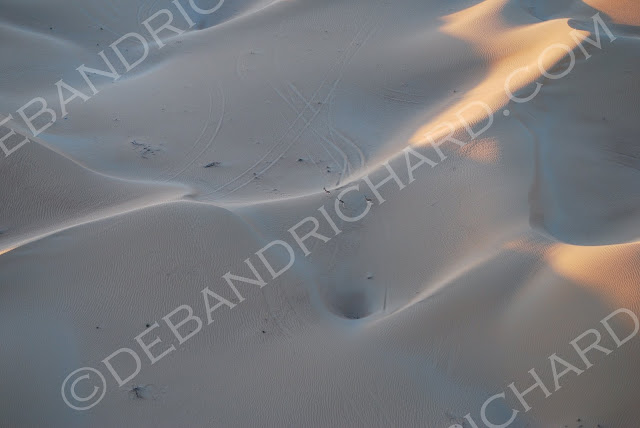 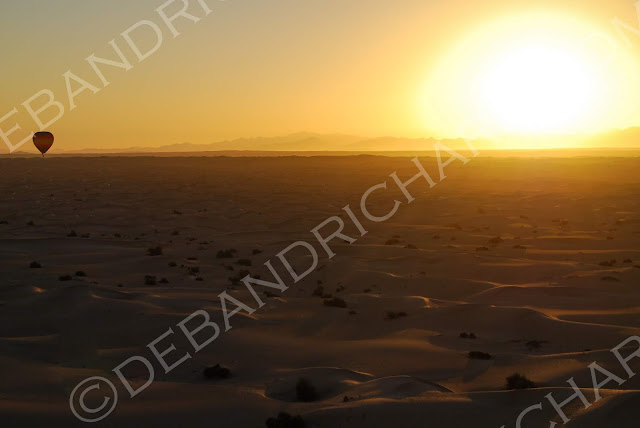 Flying near the UAE military facility. 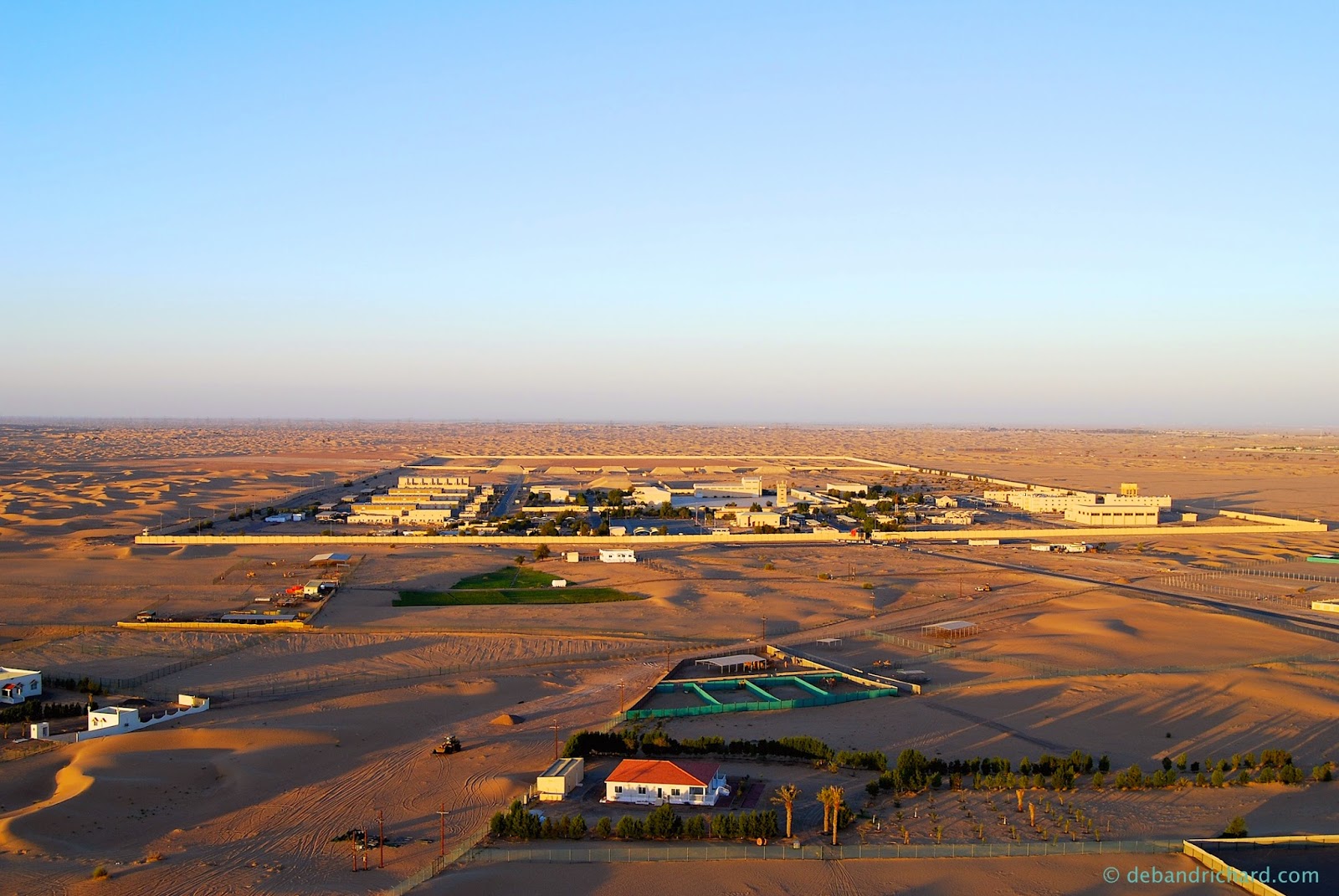 Lots and lots of camel farms. 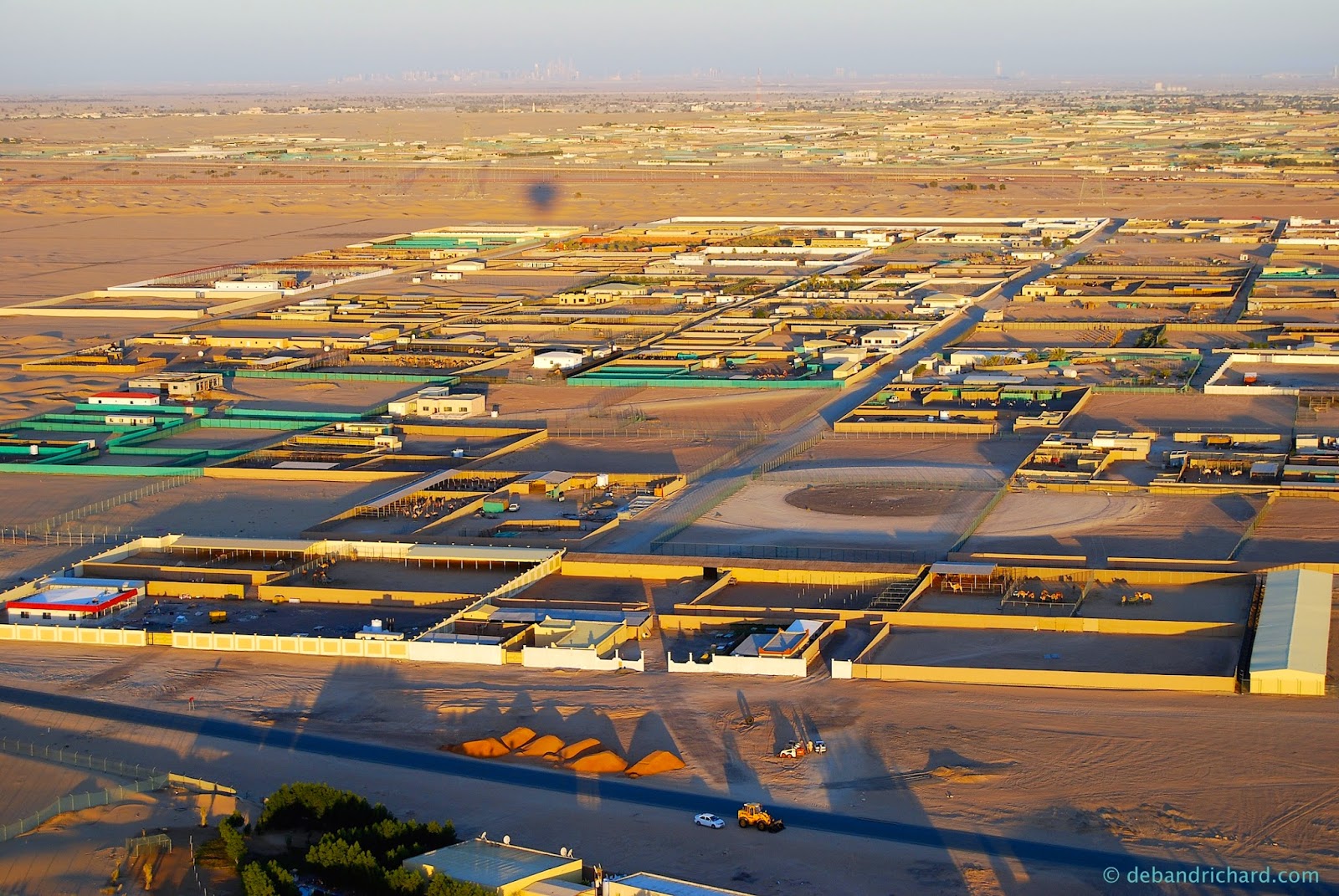 Camels heading to the race tracks. 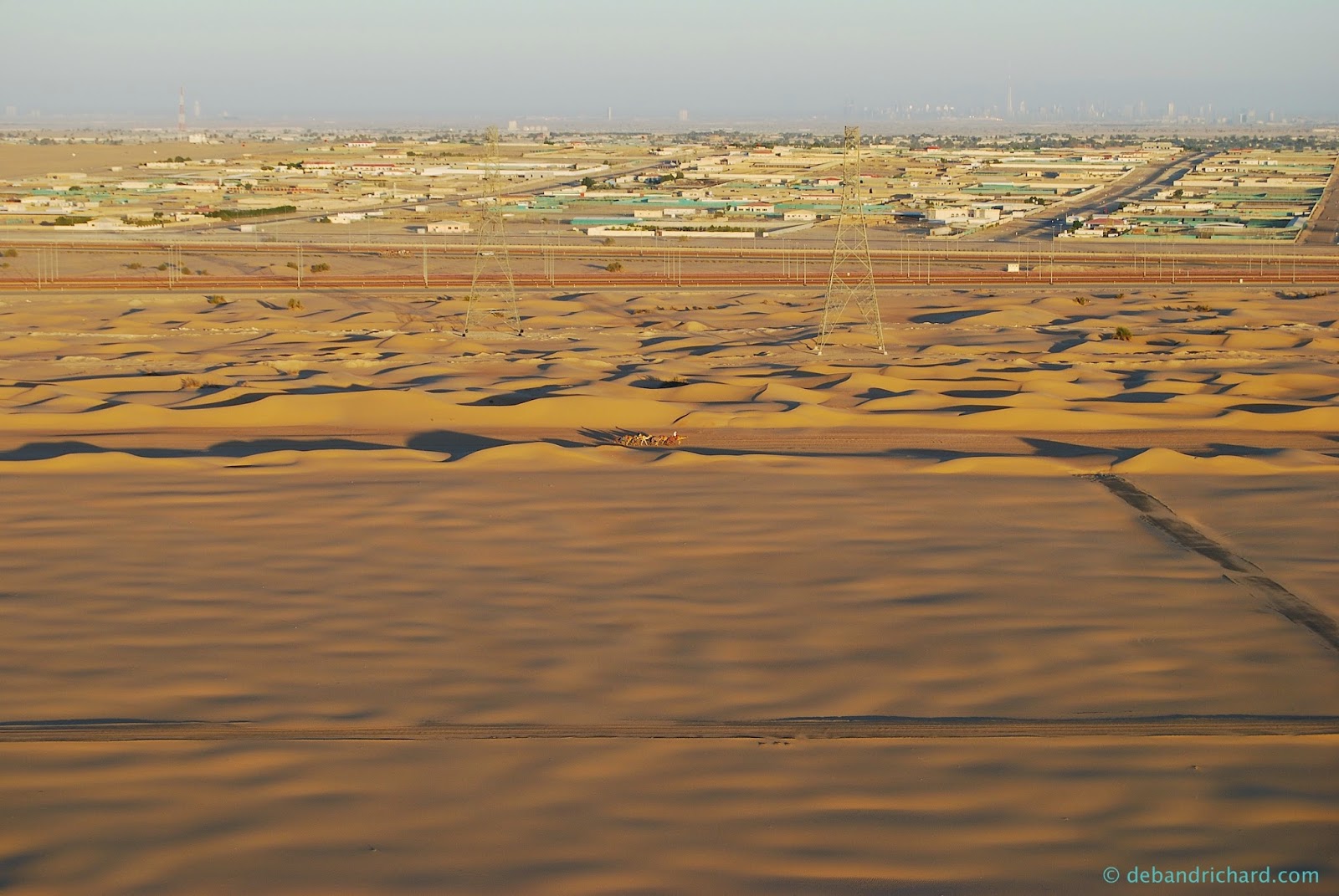 As I mentioned in the desert safari post, during camel races there is a electronic jockey being controlled by someone driving nearby in a truck. You can see the camels running on the wet race track. On both sides of that track there are trucks and SUVs next to their camel racing. 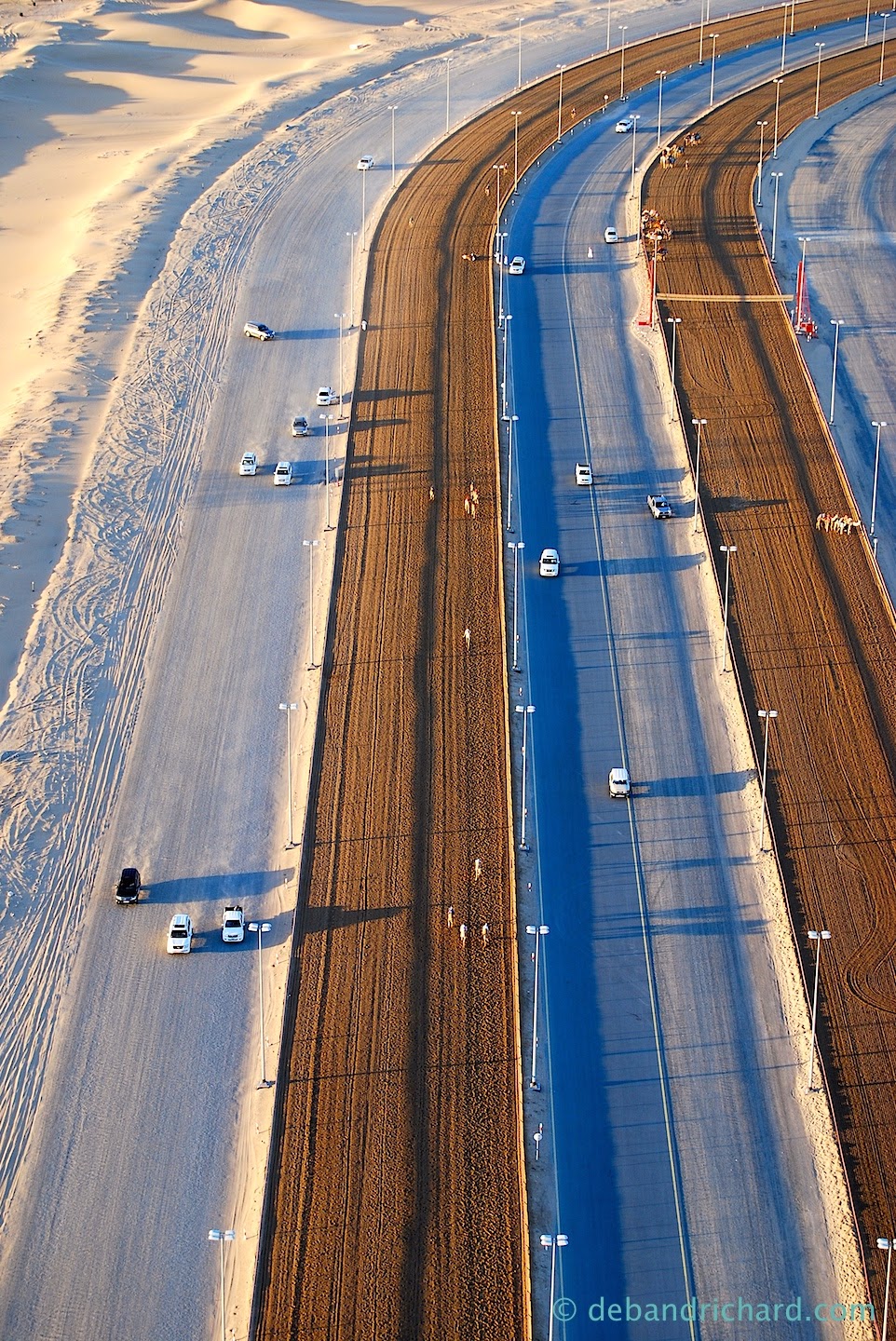 Another shot of the racing camels and their owners car..... 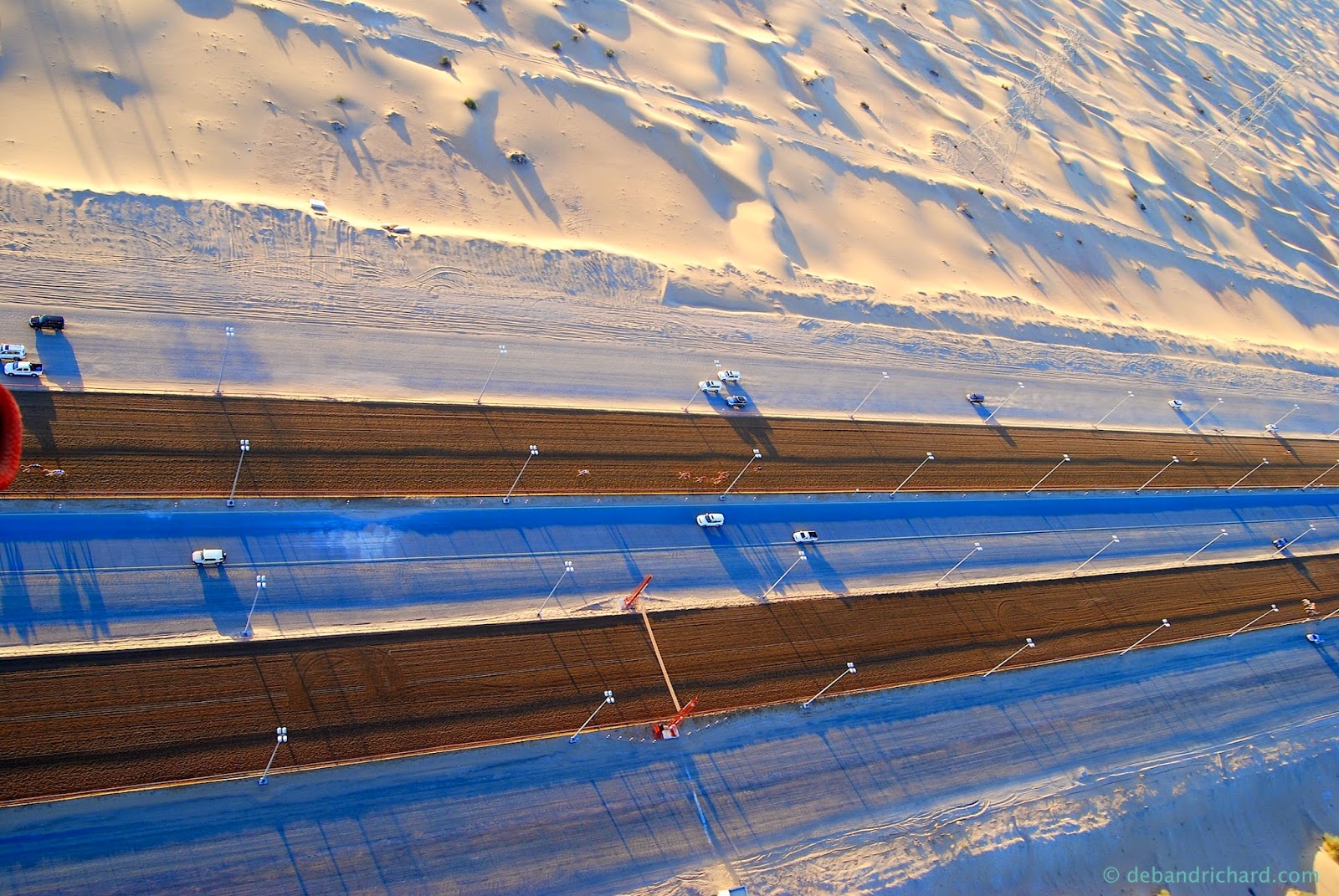 Selfie in the sky :) 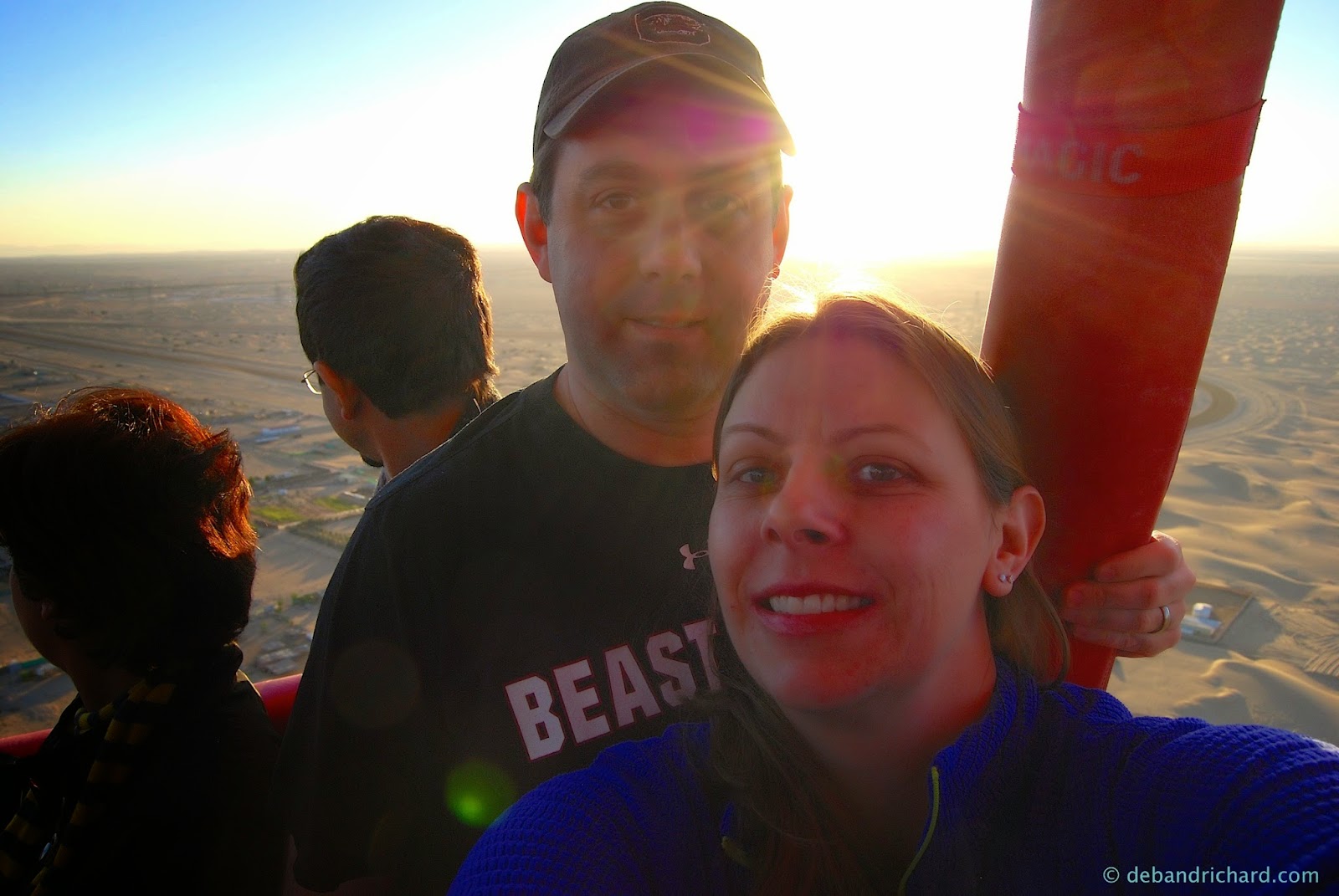 Beyond the balloon shadow, you can see downtown Dubai. 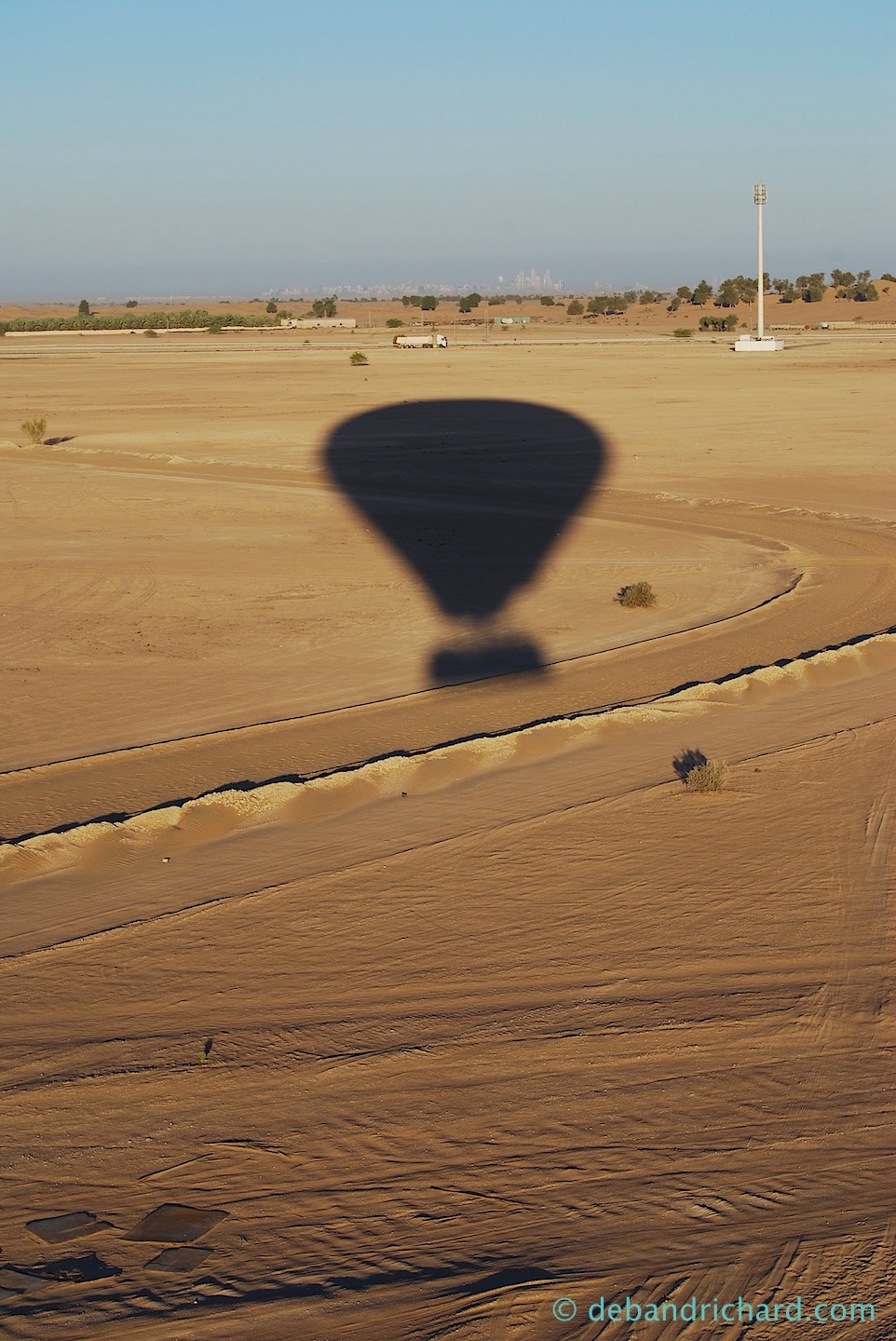 When landing on windy days, the basket will tip over.....I think this made the ride more fun actually..... 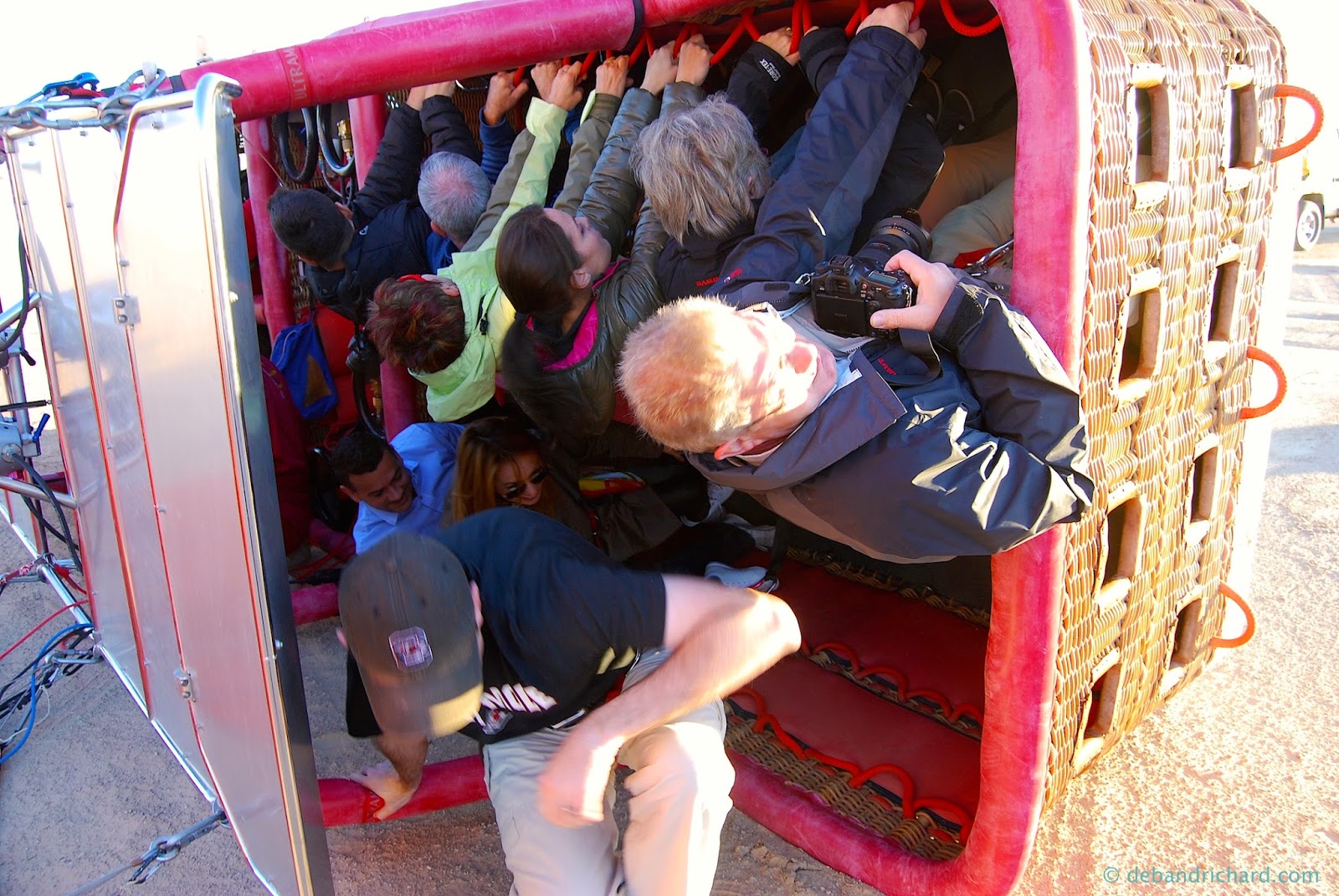 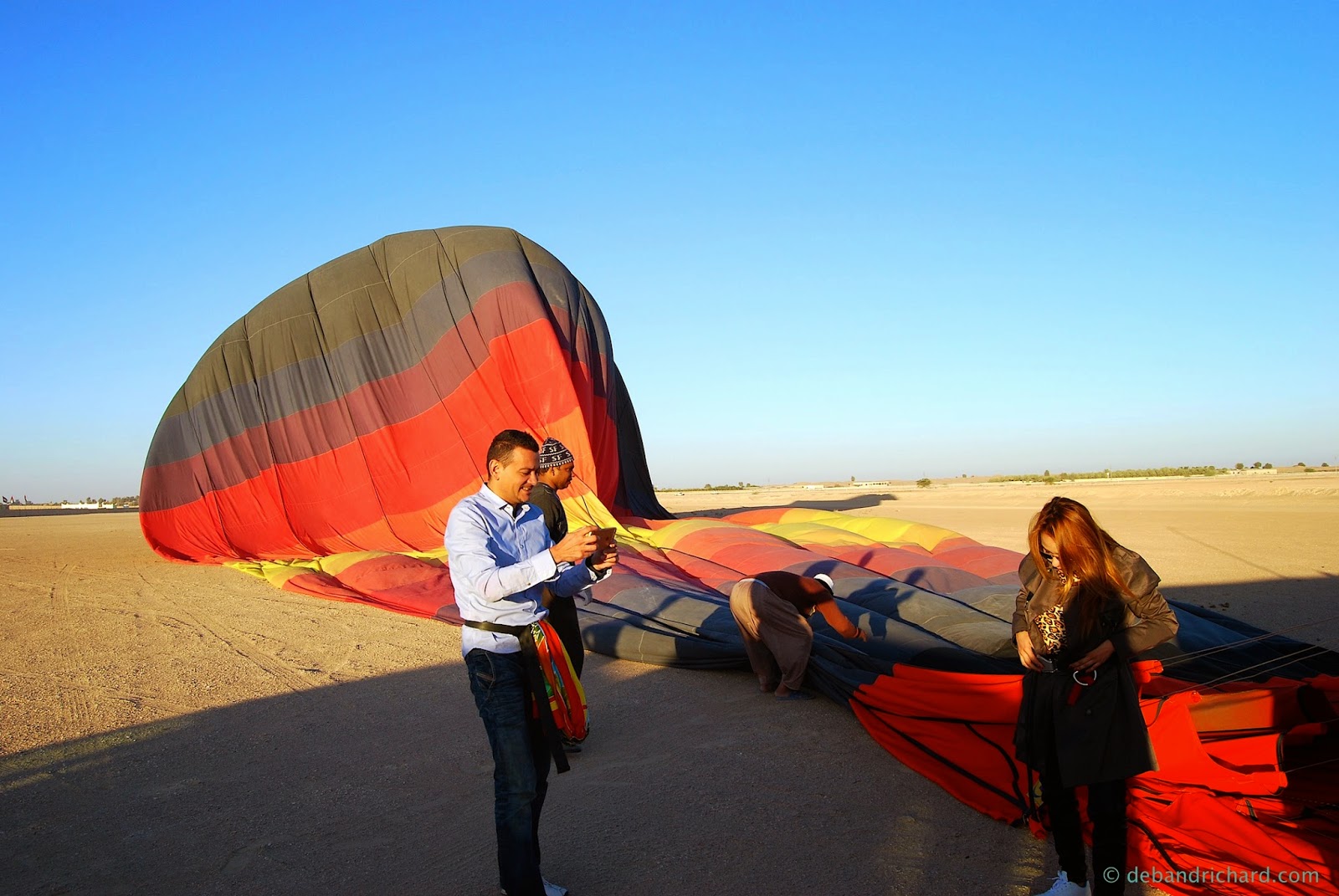 I think Richard had a good time.... 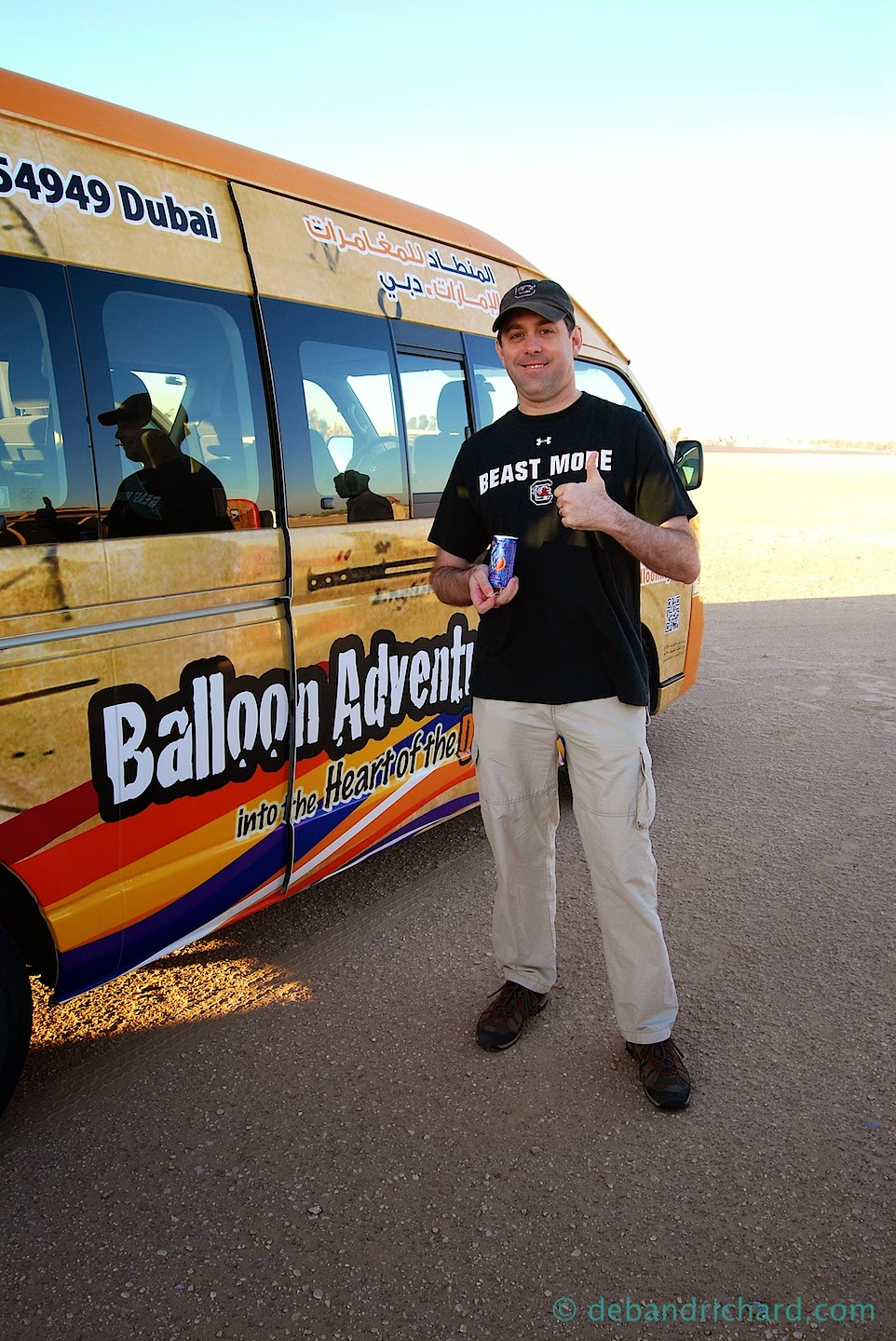 because I had a good time too! 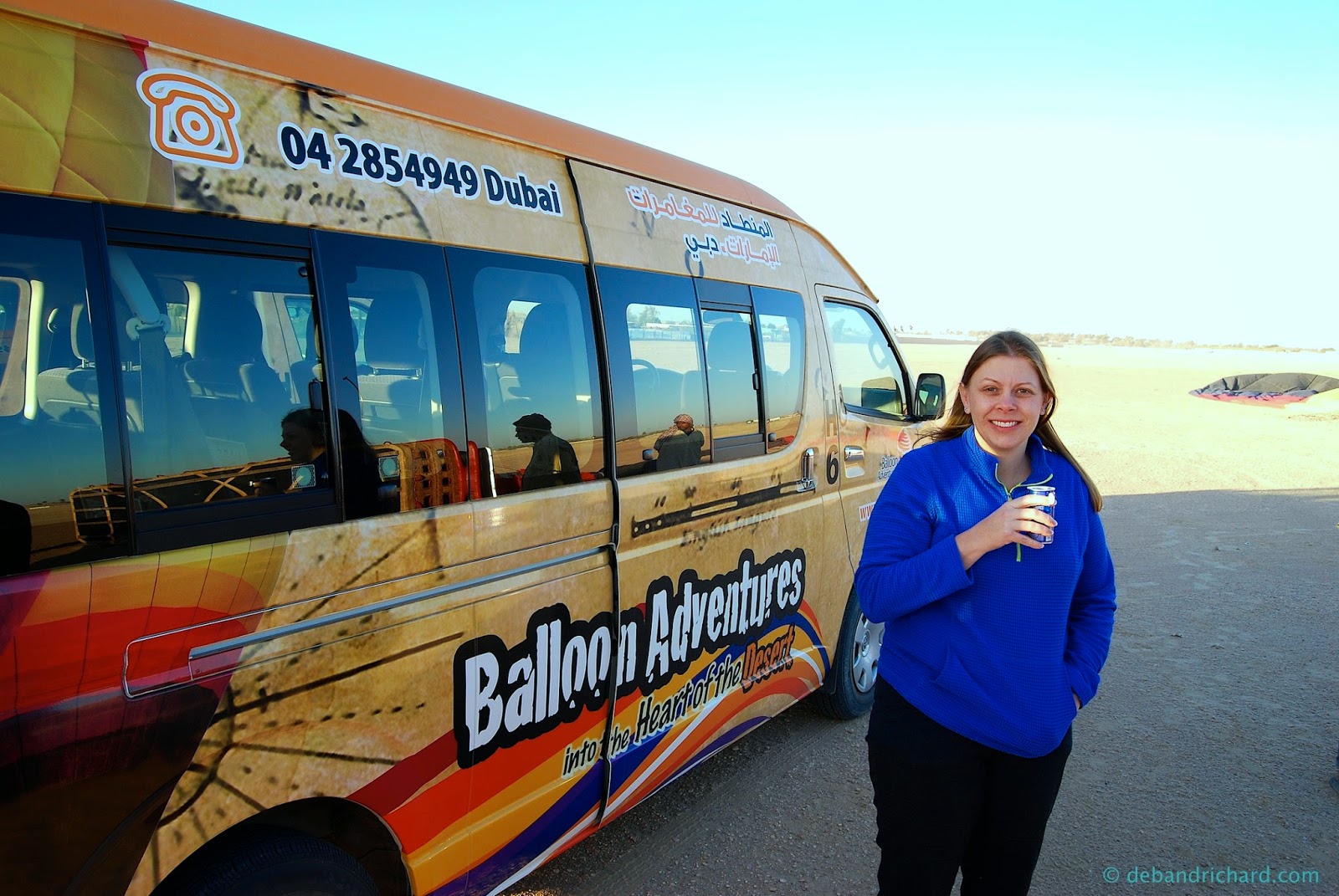