As promised.....backyard fauna....if your are not a fan of things that go bump in the night then you might not want to look at the pictures......


While in temporary housing, we do not have any local TV stations. We had gotten used to having TV while living it up in the hotel (there is already a dish on the house, but when we went to pick up a box we were told they were out and come back in 3 weeks....aaah Fiji Time....that would be close to when we would be moving to our final house and it just wouldn't make sense to pay a transfer fee for just a few days). So what do we do after swimming and dinner when you only have a handful of toys that fit into your suitcase? We go into the backyard to feed mosquitos, admire the beautiful colors the sky changes to, watch the fruit bats fly overhead, chase frogs and spy on geckos. 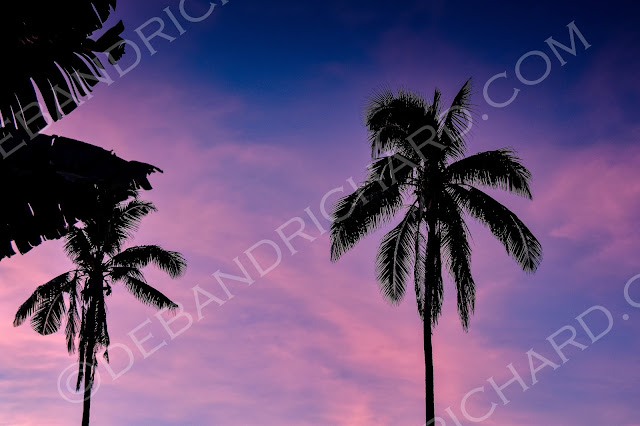 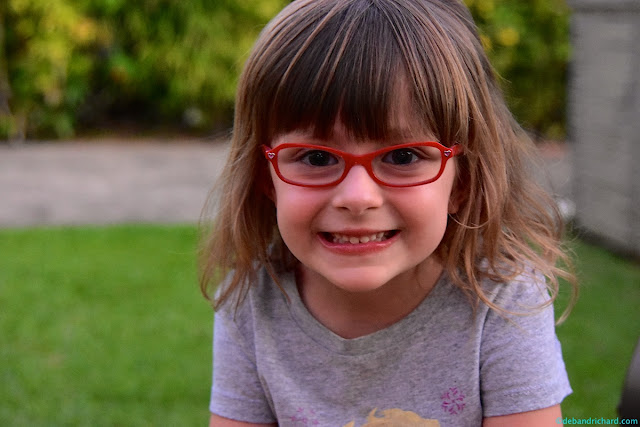 But that nice glow still can't hide the tween attitude though.... 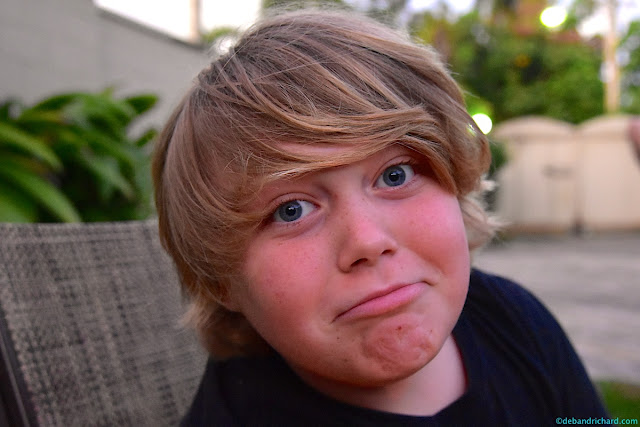 The Polynesian flying fox (aka fruit bat) is most likely the ones we see flying overhead, hear fighting when we crawl into bed (they are noisy critters), and find the remains of their half eaten fruit on our driveway in the morning. They flit and flitter a little too quickly to really get a good look at. 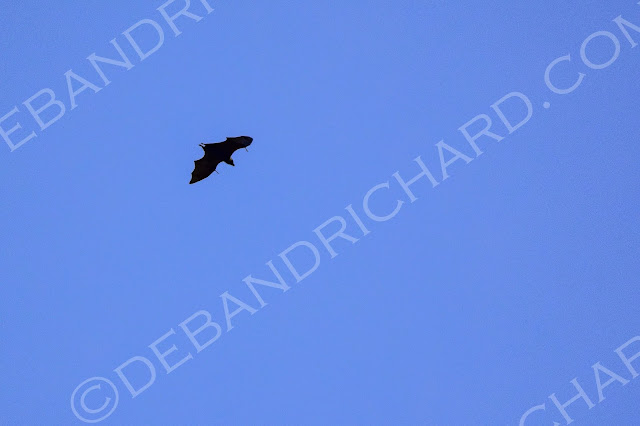 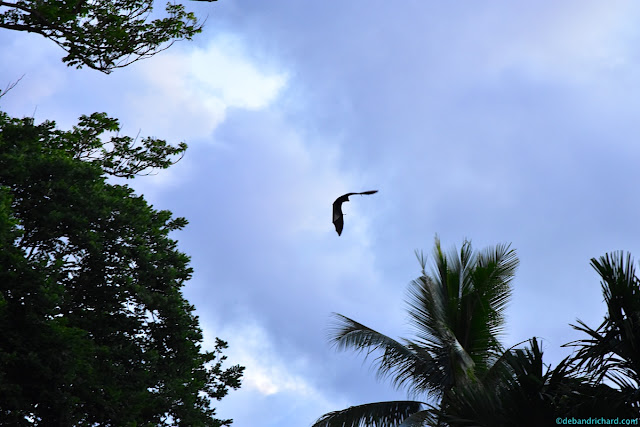 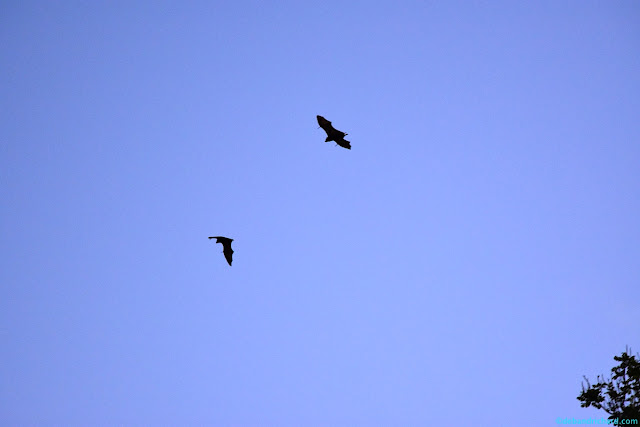 This shot gives you a good idea as to how many are flying around. Once we get our car, we are going to head down to the water front where there are several 'bat trees' where they roost during the day and it is pretty cool at dusk when they are all taking off I have heard..... 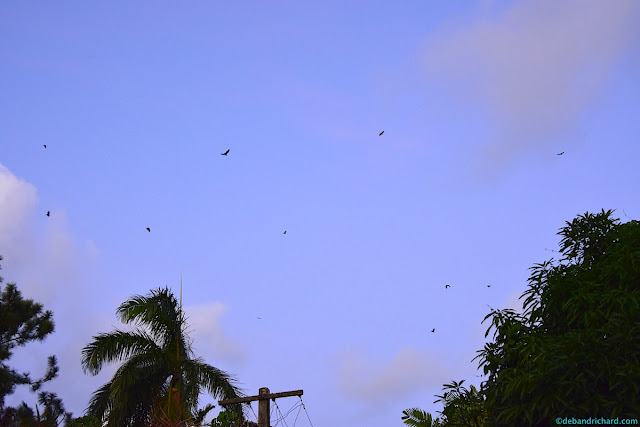 If you don't spontaneously start singing the classic Batman theme song while looking at this shot, we can't be friends anymore.... 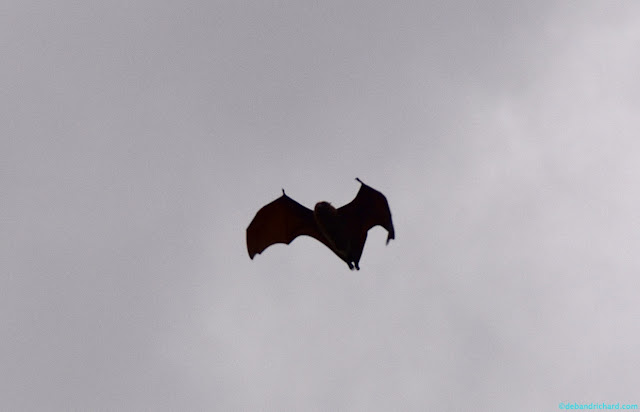 A little difficult to see (it is dusk after all), if you look on the end of the red branch of fruit you can see a bat with outstretched wings. 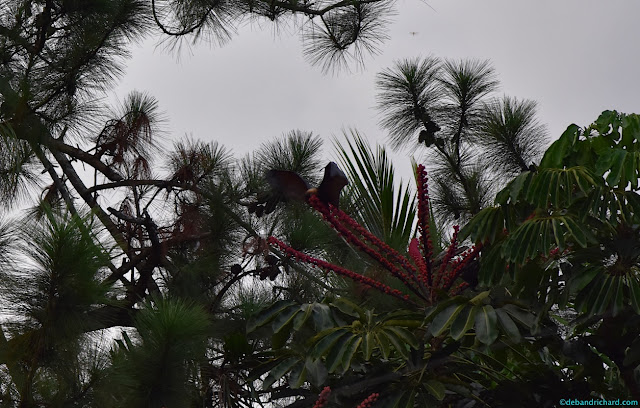 Here's a video of them flying around. I'm not sure if that is a bat squawk or a bird that you hear.


After a few minutes, the kids are bored of bats and start stalking the frogs/toads. Cane toads are not native to Fiji and were brought here in the 1950s to help with a beetle that was destroying the sugar cane. The toads have done quiet well if my yard is any indication of population health. Late afternoon, you can look under the back up generator and find them there. 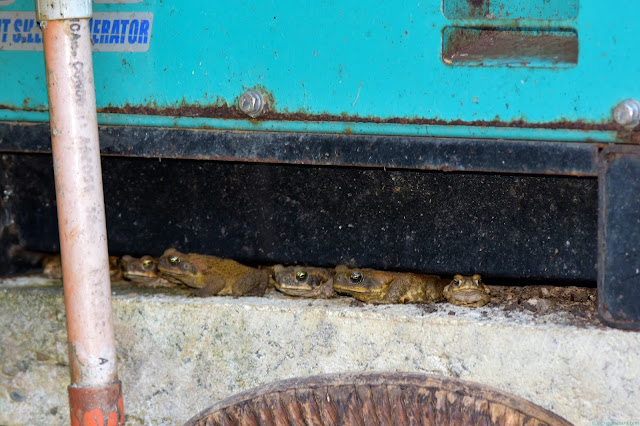 In the evening (and whenever it rains) though, they scatter throughout the yard and the hunt to catch one is on. 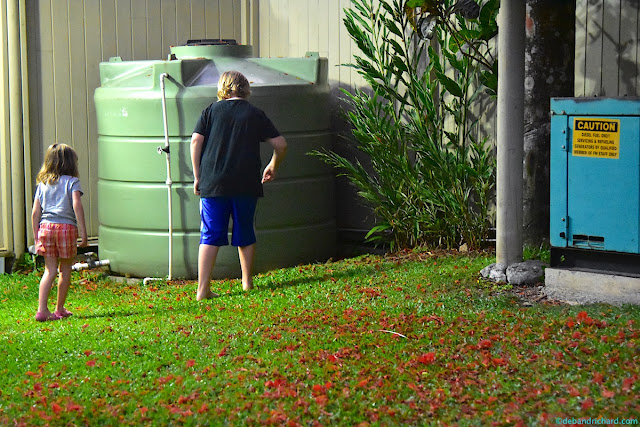 Mason is brave to hunt bare foot.....he has yet to experience the joy of stepping on a toad by accident....I may or may not have done that in the past.....one evening, a cab dropped us off after dinner and a toad appeared somewhat paralyzed by the headlights (maybe it was thinking 'if I don't move they won't see me sitting on this rock'??), so I was able to pick it up and hand it to Clarissa. Unfortunately, before I was able to get my phone out to take a picture it went into true fight/flight mode and peed on her hand and she promptly dropped it on the ground. She is now happy to just chase and touch the toads as seen here.


One morning, I was able to get a decent shot of one near some vegetation with better lighting. 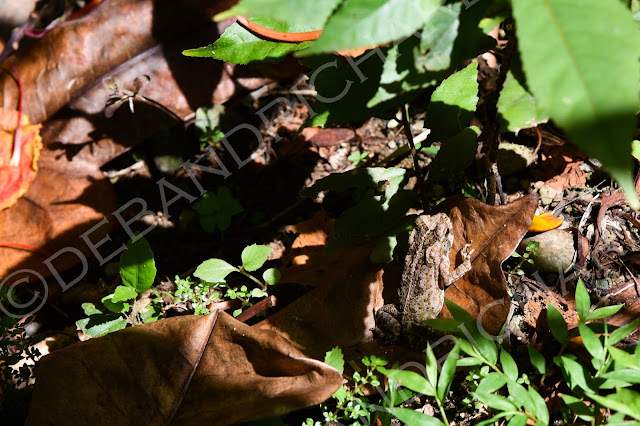 Our final evening friends to find are geckos. 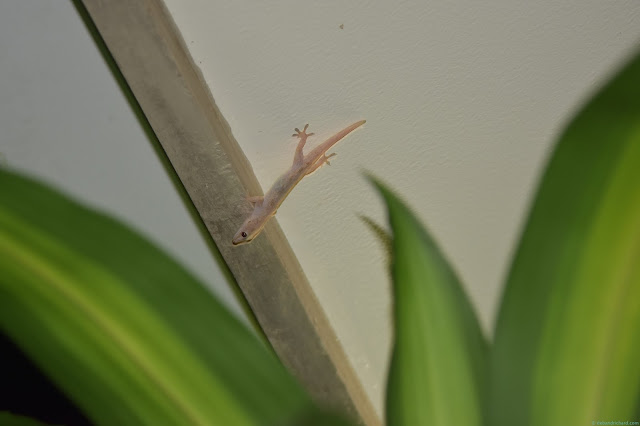 They like to party by the flood light bug buffets. 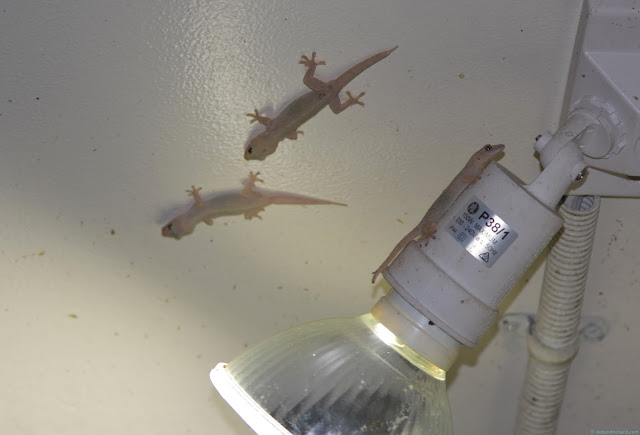 We have come across a banana stealing monkey on occasion..... 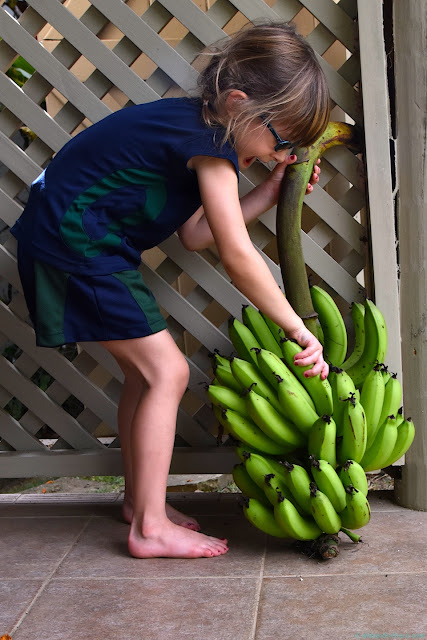 Mason found a 100% intact but deceased rhinoceros beetle...we now have a budding entomologist (well, he at least wants to start a bug collection....). We see lots of colorful butterflies, but they are too quick for me to get pictures of. 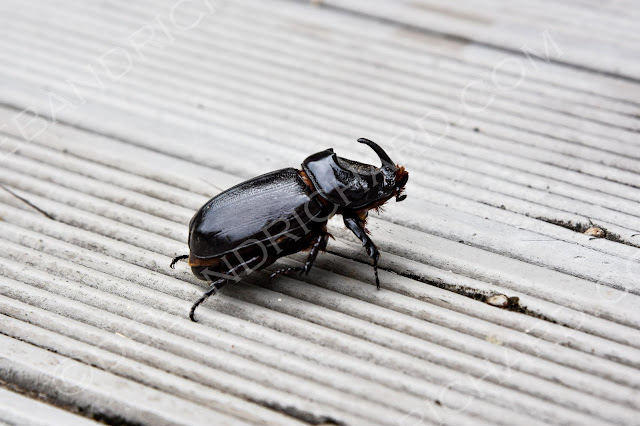 There is also some skinks (too quick to tell if there are green or blue tailed skinks). I saved one that was in the pool one day (they swim like snakes in case you were wondering....little freaky!), but he hung out on my hand until Mason got a picture and then I set him on the side of the pool and he scurried into a crack in the side of the house. 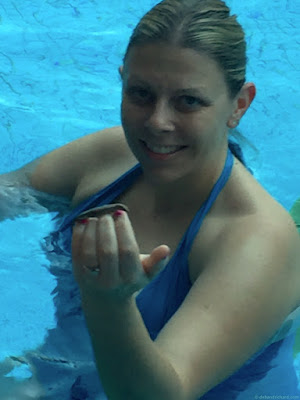 Inside the house (so not exactly backyard fauna), we have found a number of darker geckos. So far we have named this inside "pets" Bob, Steve, Julio, and Happy. Here are pictures of Steve and Happy (Happy was maybe an inch long including tail)....we've heard geckos in the house are a sign of good luck. With the number of ant attacks we've had in the house...I'm fine with a few geckos in the house to gobble up those ants and other pests. 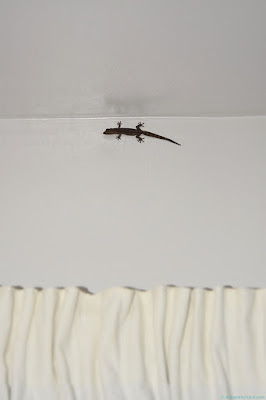 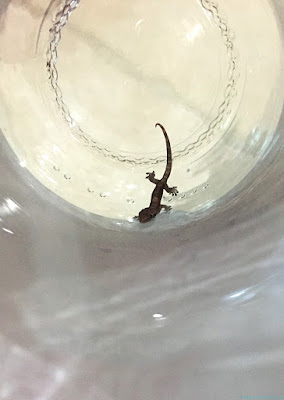 So that's all of the backyard fauna we've caught "on film" so far....we have seen 2 mongooses (mongeese?) while driving around. There are a number of birds I have yet to identify and photograph as well....but we do have two years so I have a little bit of time to get those.
Posted by Deb at 6:00 AM