So Mason turned 10 this week.....he now proudly declares himself a tween (help me now).

So we have developed the system of reading the book/novel and then watching the movie (it started with the Harry Potter series....that way he was able to watch a PG-13 movie...I am sooooo mean, I know). So we bought Close to Shore....so he could watch JAWS.....therefore the theme to his birthday party this year was JAWS.

The invite (which I totally stole the idea from the internet, but can't find the link now). One of Mason's friends from Charleston used to ask for donations in place of gifts for birthday parties. Now that we move every few years, we have chosen to do this also to minimize the purging we will have to do.

A lot of party game ideas I could find on the internet are geared towards younger kids, so I have a hard time coming up with ideas, but my (and the party goers) favorite was the shark finder game (I mean how else does the marine biologist find the shark). 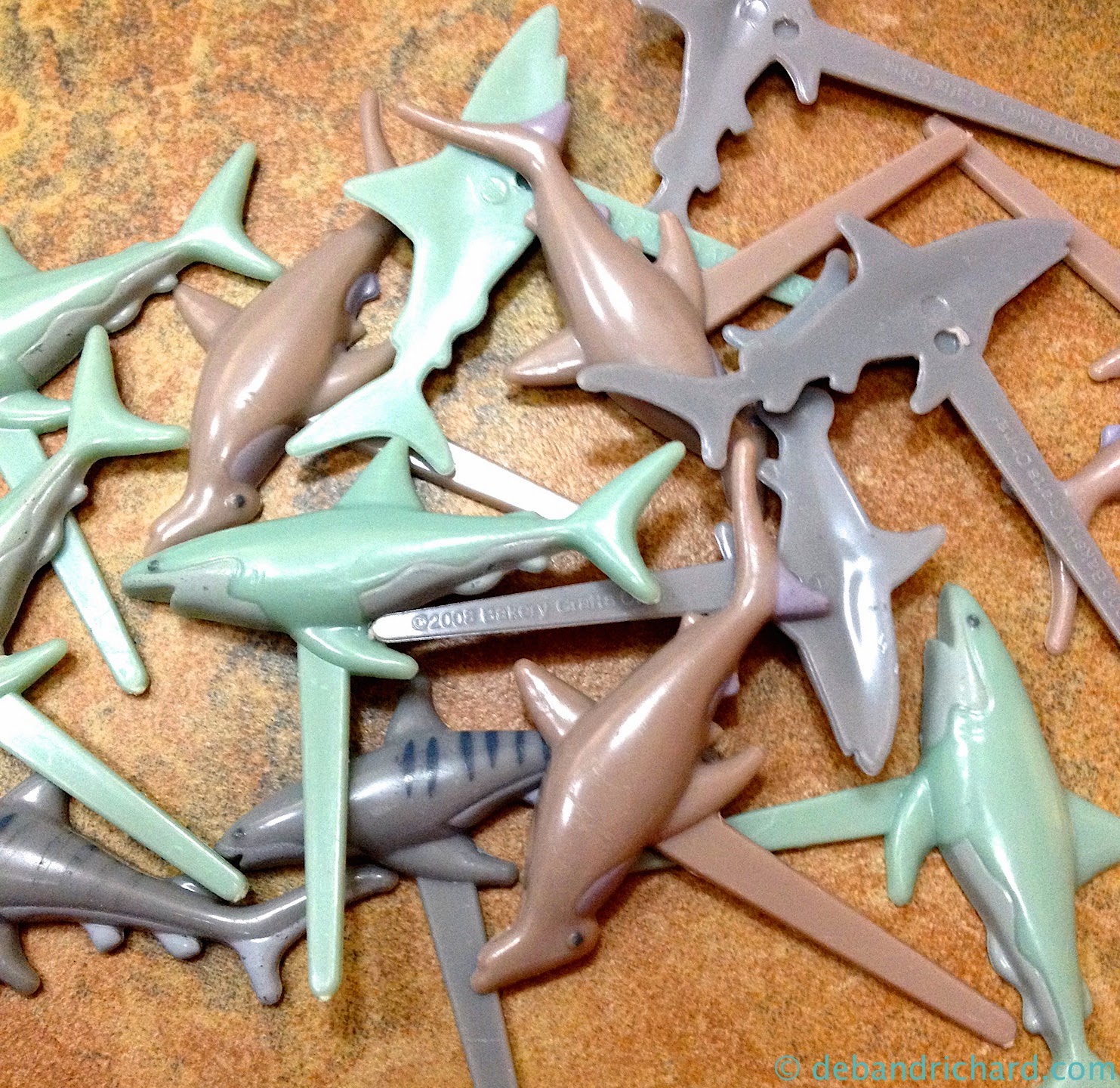 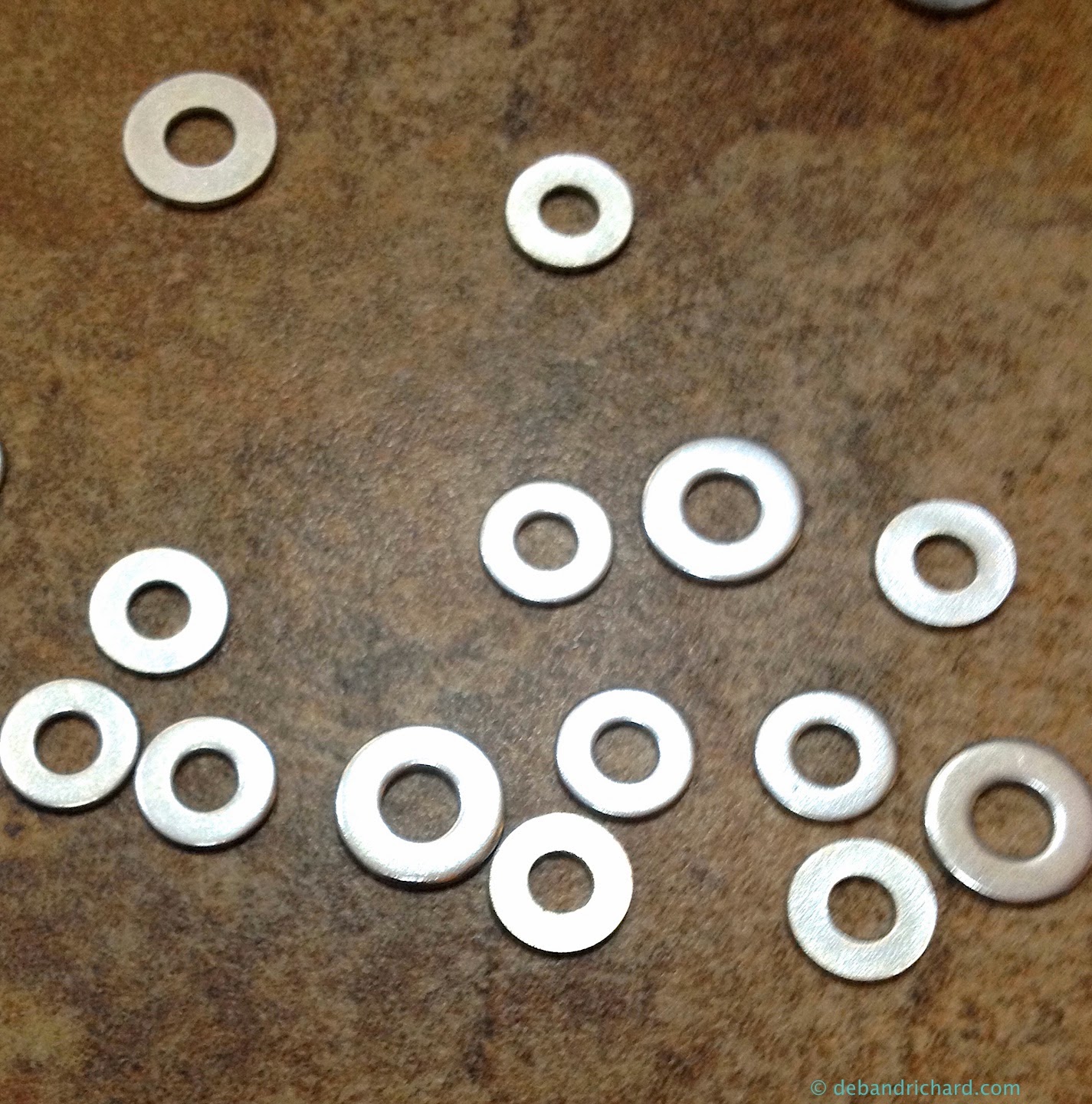 And then hot glued the washers to the back of the sharks. 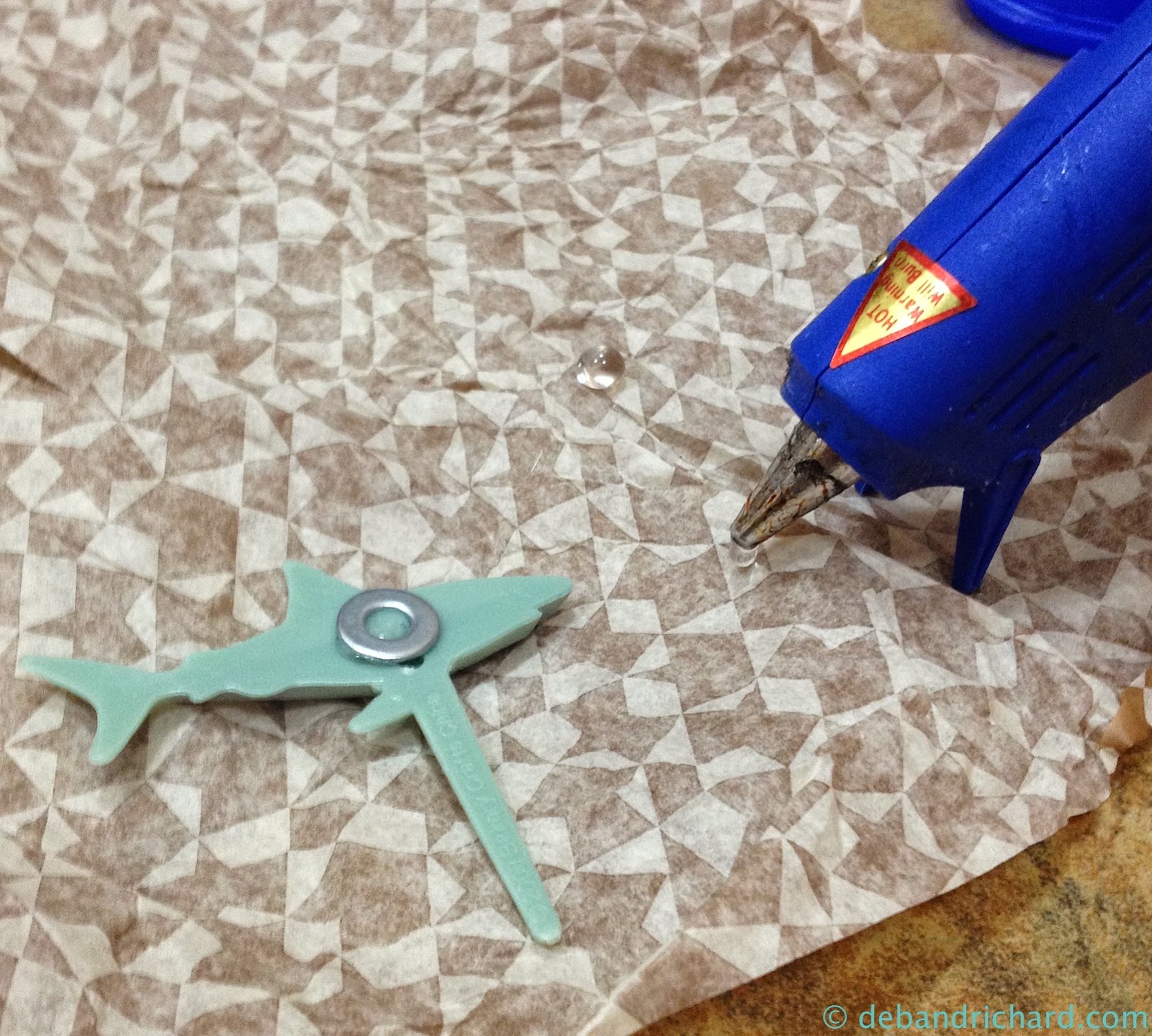 I then put numbers with a sharpie on the back of each shark.

I took our metal detector and make a shark finder sign for it and then hid the sharks in the yard. 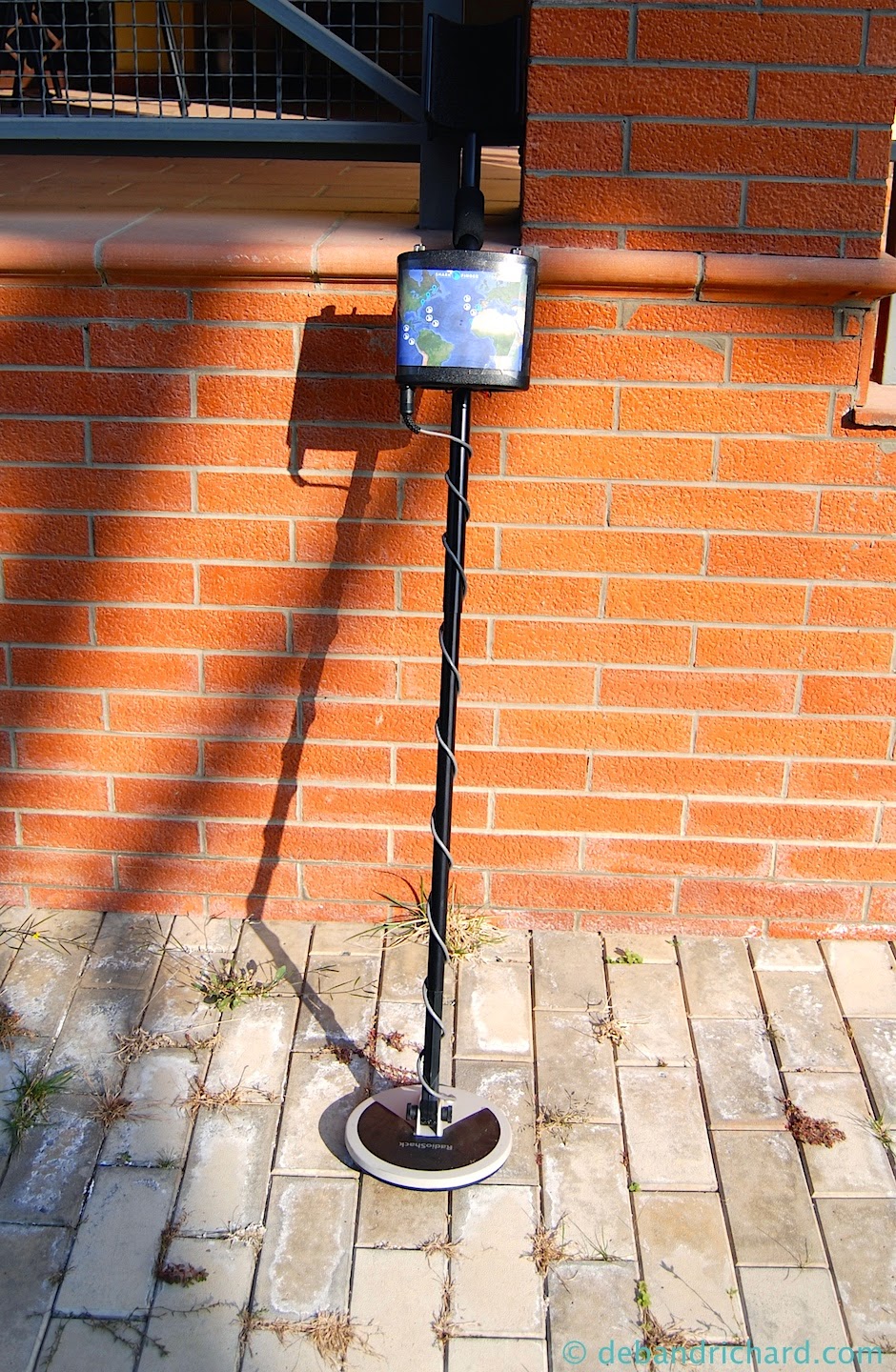 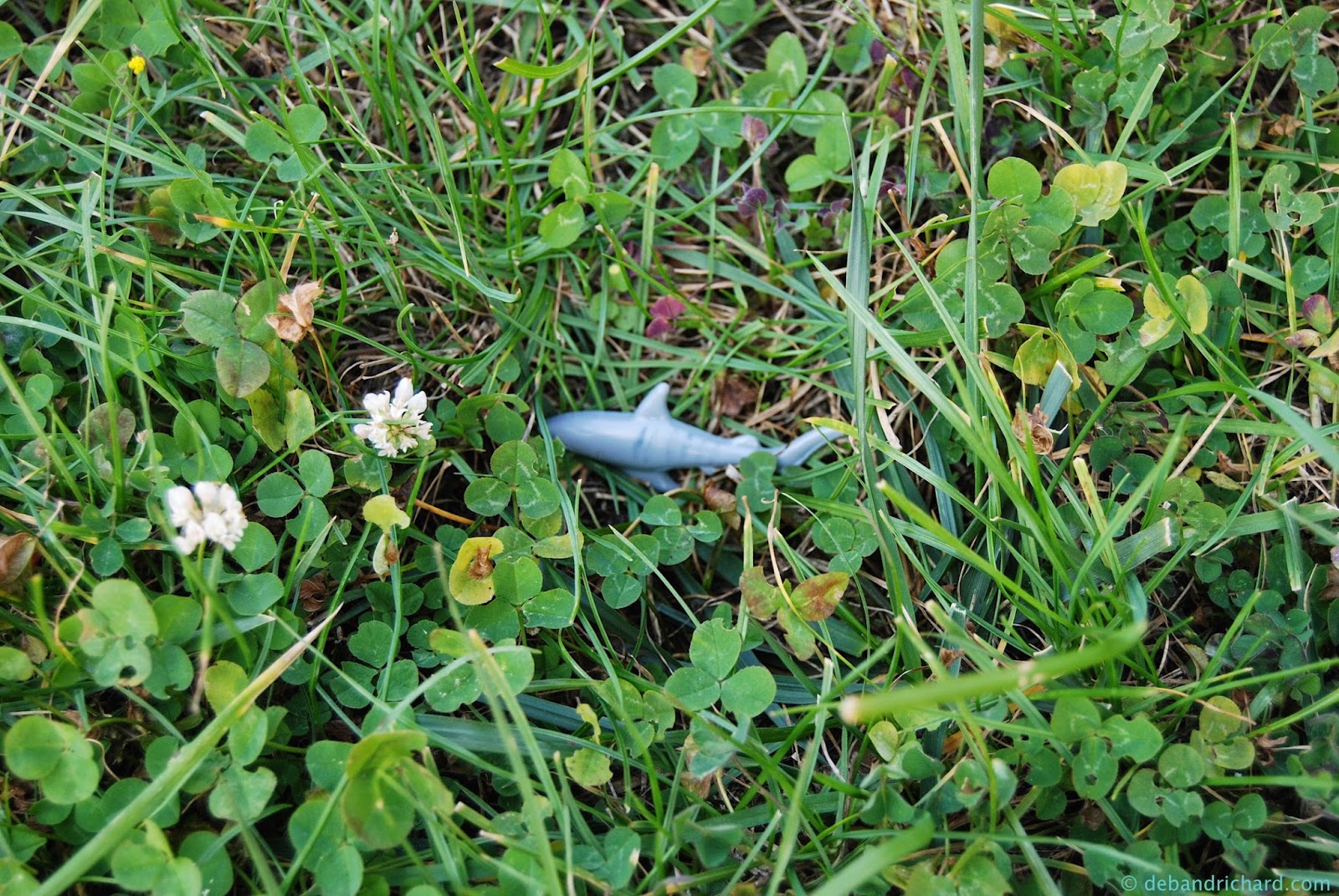 The kids had a blast using the shark finder to find sharks in the yard. Afterwards, I had prizes in a chum bucket and I started with #4 and based on the shark you picked was the order you got to pick your prize. 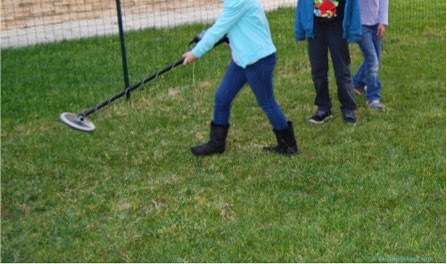 Another game we played was throw the football into the shark jaws. It would have worked better if we had a tree in our yard to hang it from...but the boys did play football for a while. I made a can toss game....which was more popular with the younger siblings that were around than the party goers. 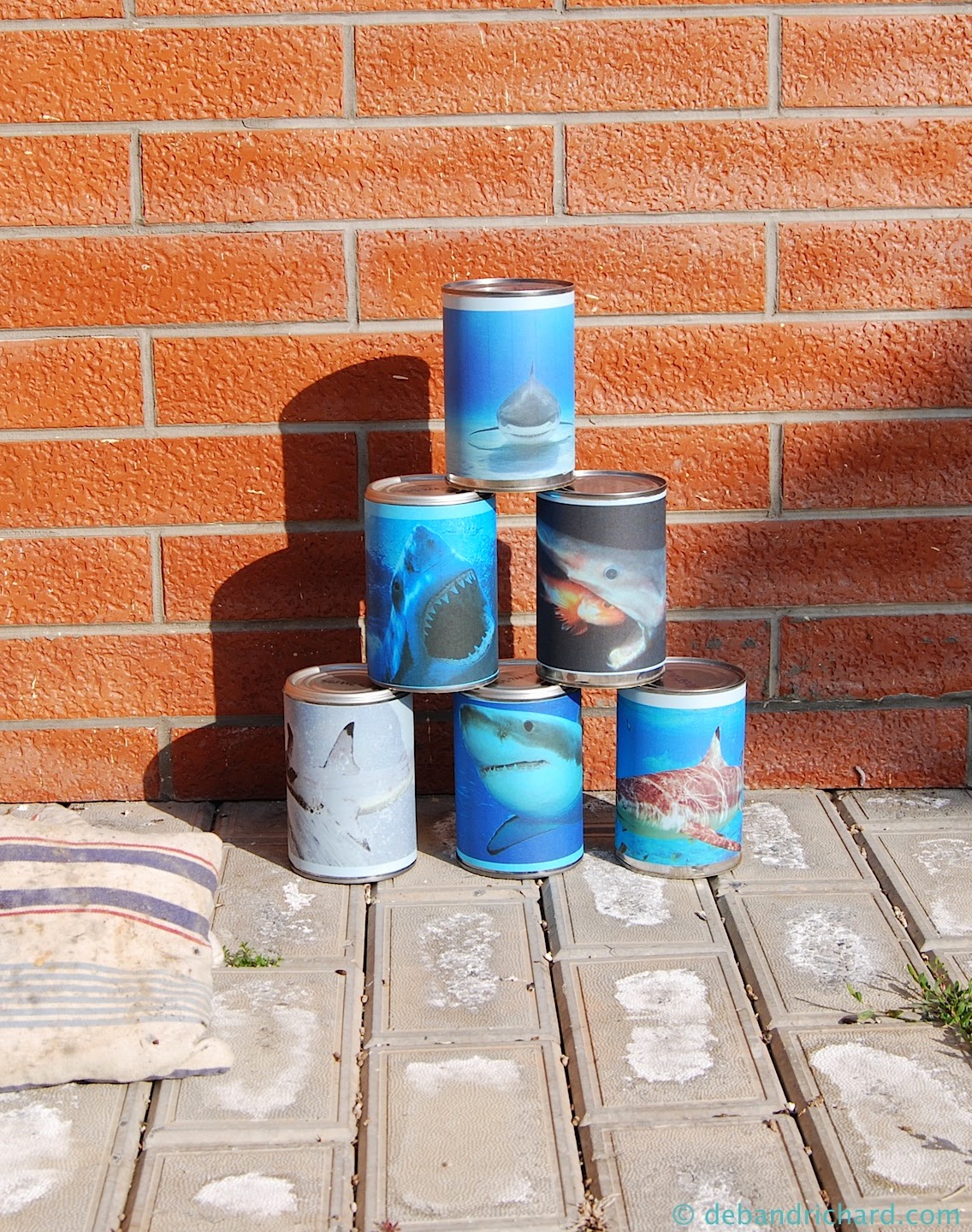 I did a guess the number of sharks in the container game.....a couple of the girls wanted to guess multiple times.....so I said no more than 3 guesses (in case you are curious, there were 43 in there). 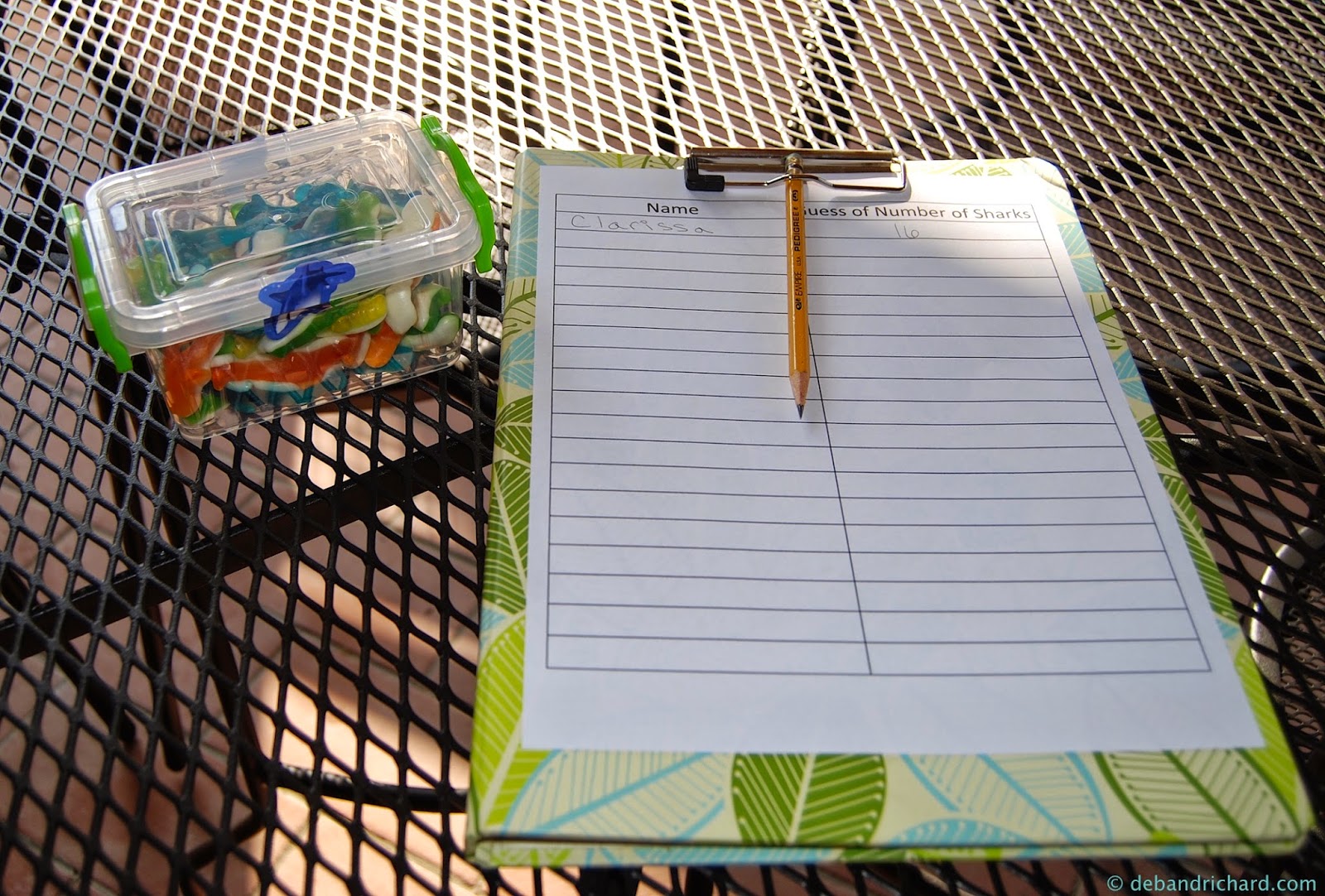 Of course we did a piñata.....it was funny to see the neighborhood preschoolers watching the big kids through the fence smashing the shark followed by the feeding frenzy to get as much candy as possible. 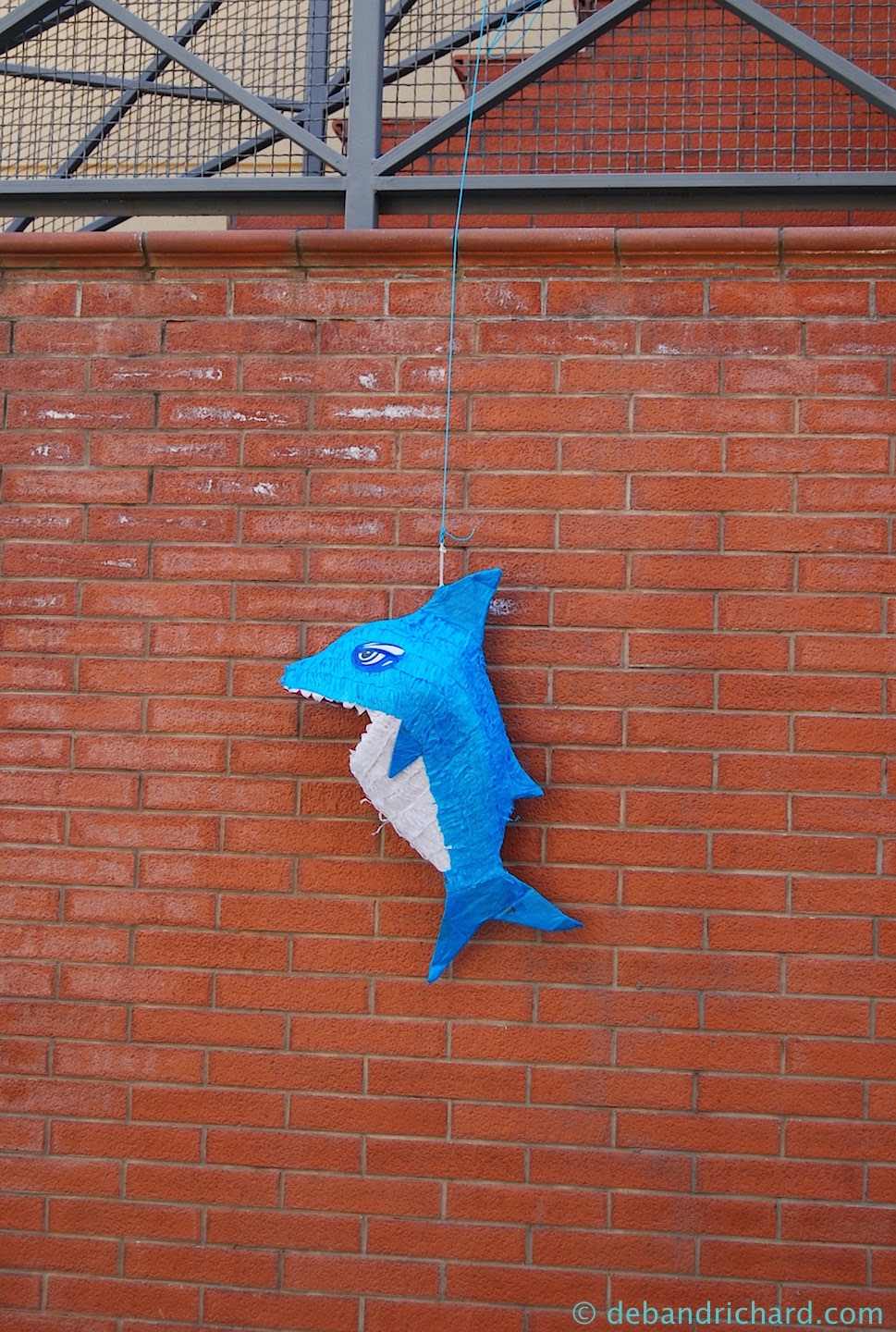 They drank shark's blood (bottled water with those fabulous kool-aid drops) (another idea stolen from here). 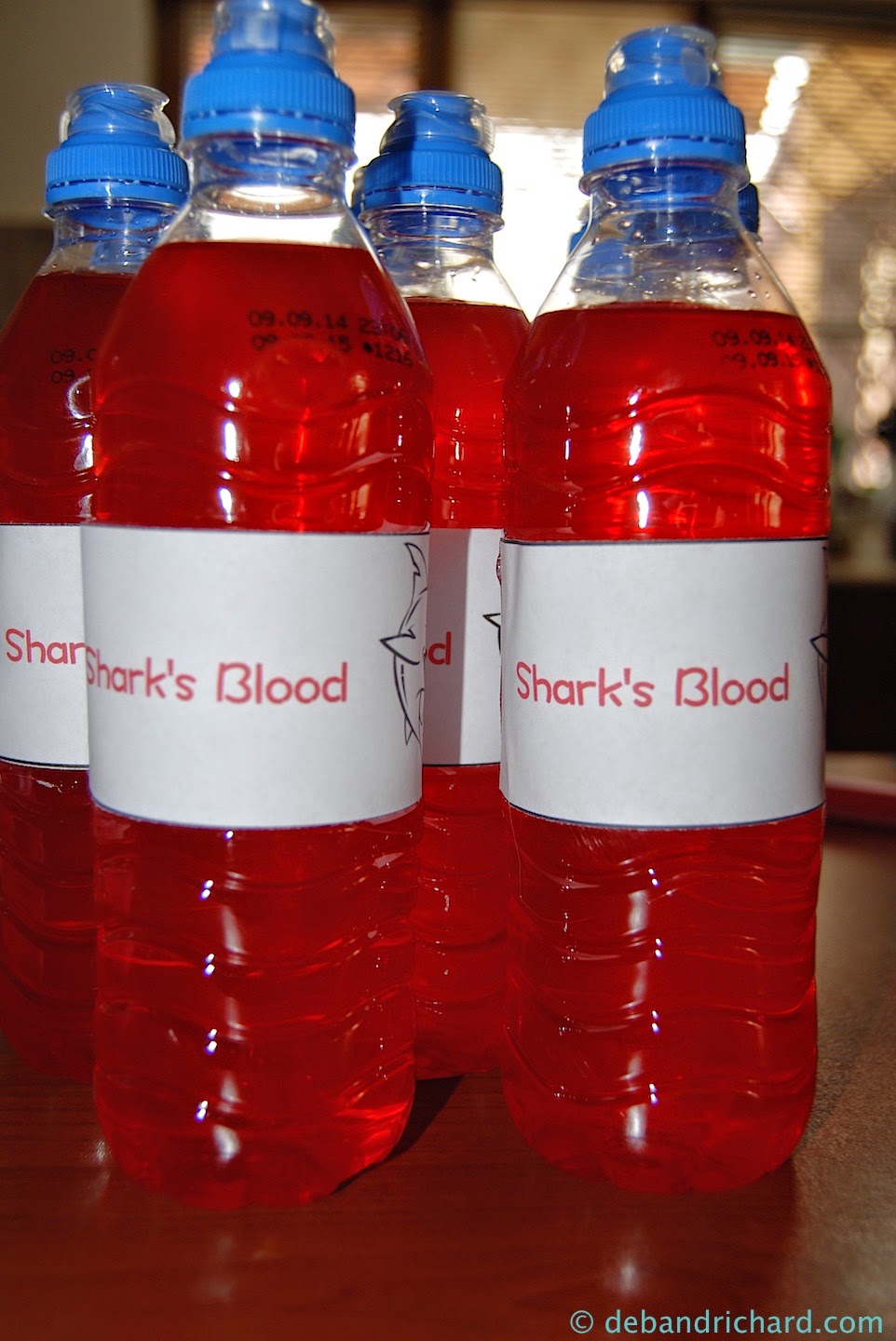 Mason had a packed table for the feast of pizza, veggies, goldfish, and pringles. I did find it funny that the girls all sat on one side of the table and the boys all sat on the other (no photos with kiddos, some people are weird about posting photos of their kids).  Clarissa and I hung out in the kitchen after serving the pizza. We heard the kids comment how fun it was to feast without any parents. Then in true Georgian supra style they toasted each other with their sharks blood (clinking bottles and all!). 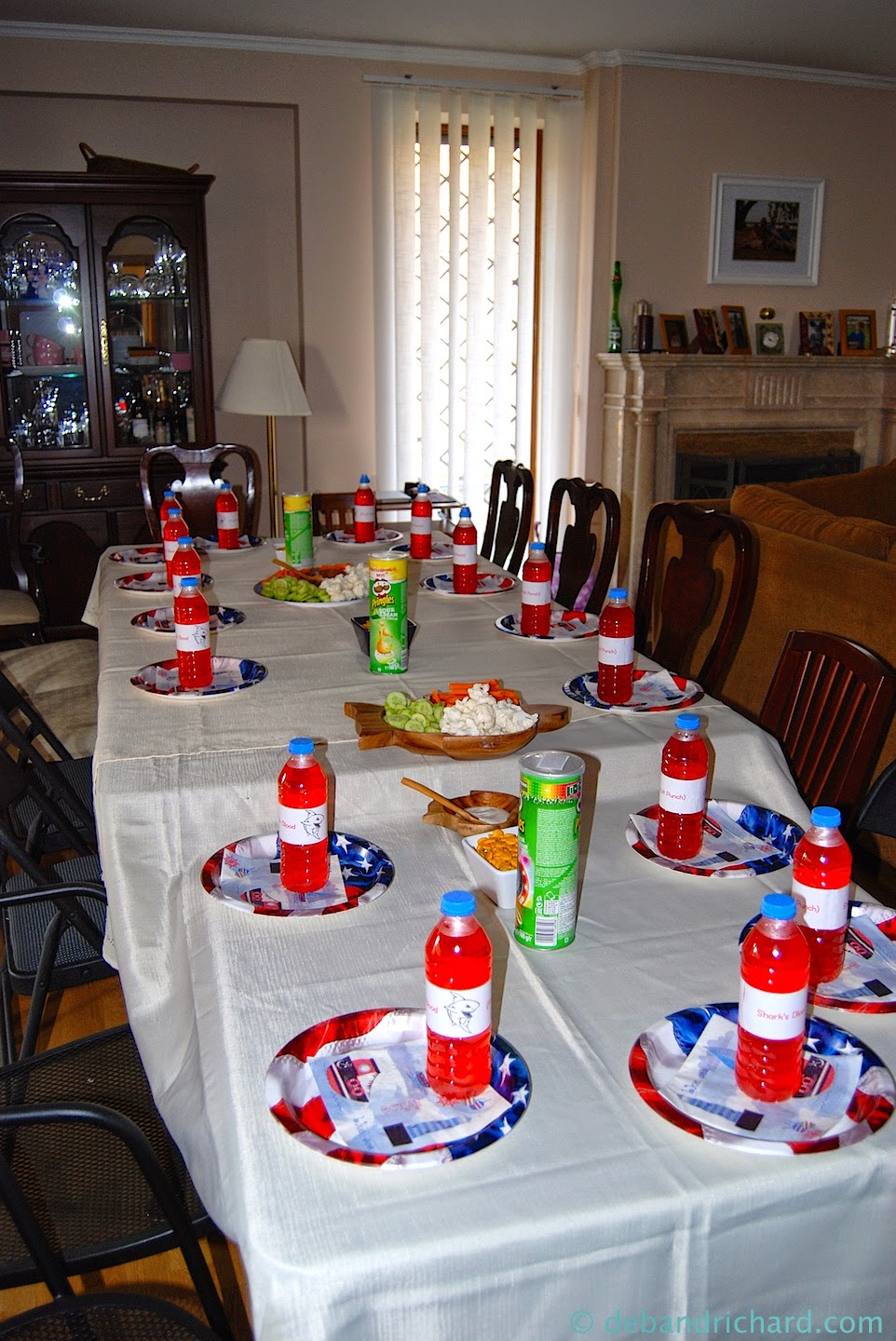 Of course, what birthday party is complete without a cake. Mason wanted to depict the scene where the marine biologist, police chief, and fisherman are tracking down the shark on the Orca. 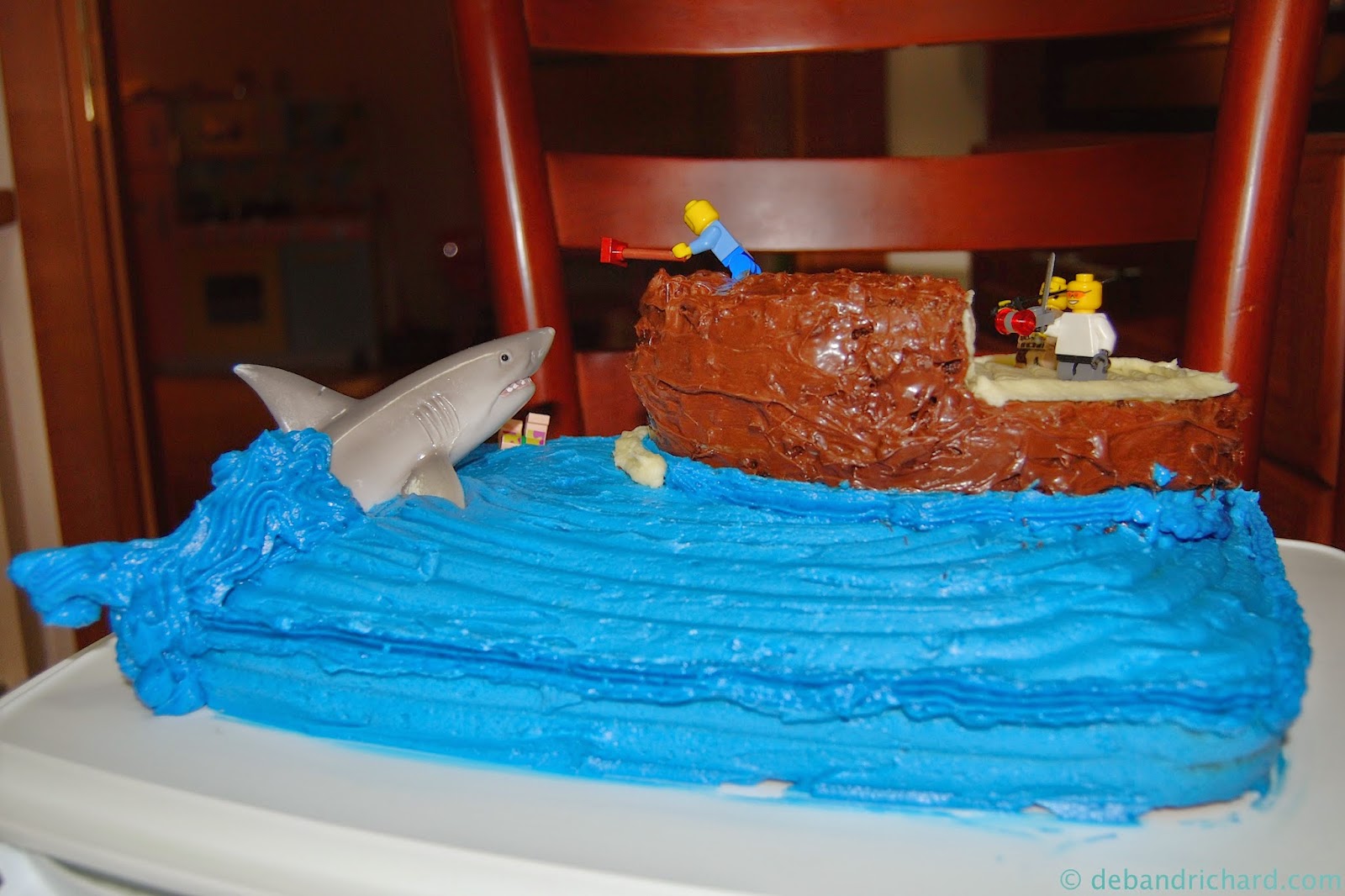 We took a little artistic freedom and added the remains of a victim of the shark in the water. 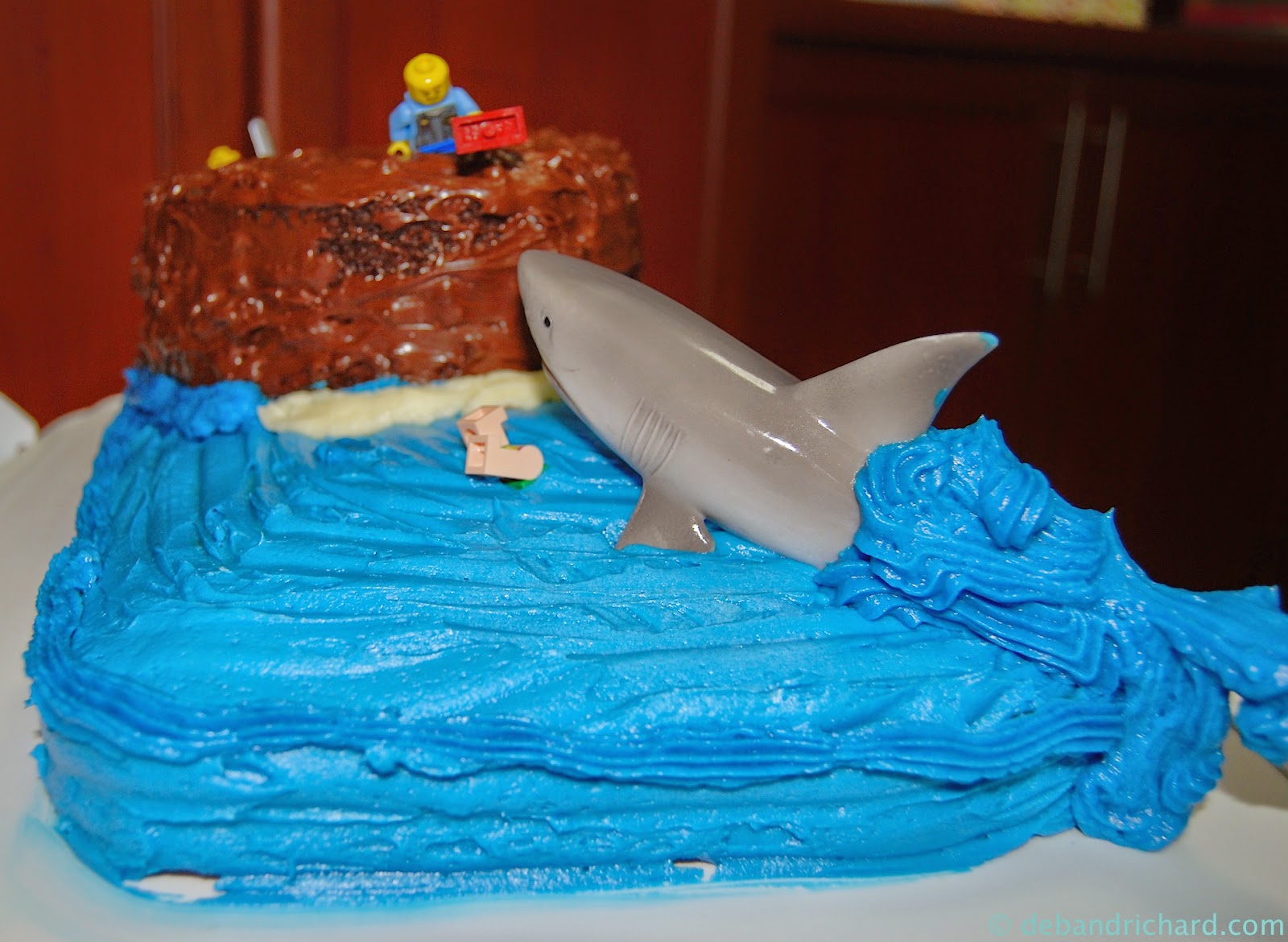 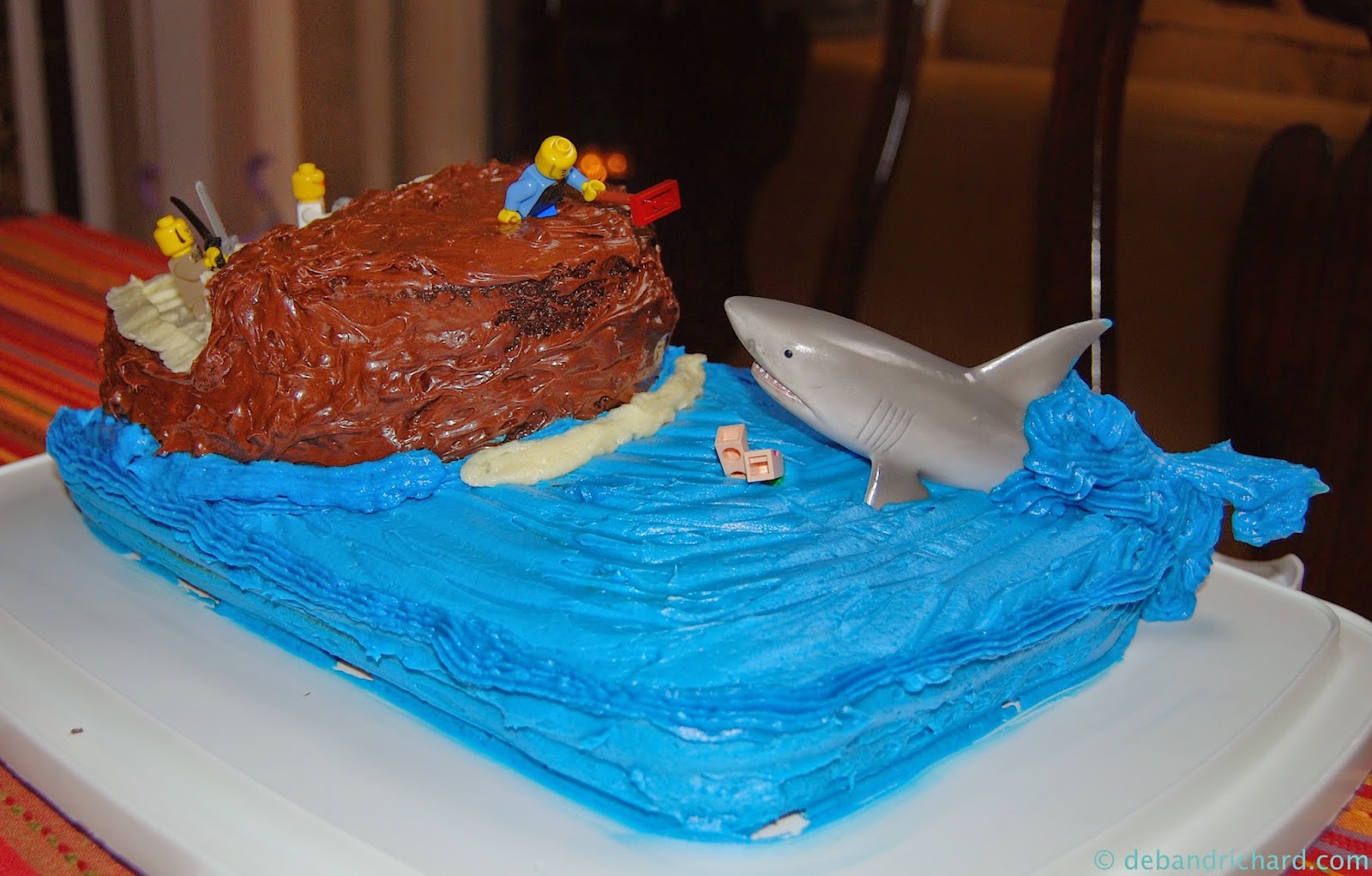 The best part is our neighborhood, I let the kids run around playing tag (must get all that sugar out of their systems so parents wouldn't completely hate me). Mason said he had a great time. Yeah Success! 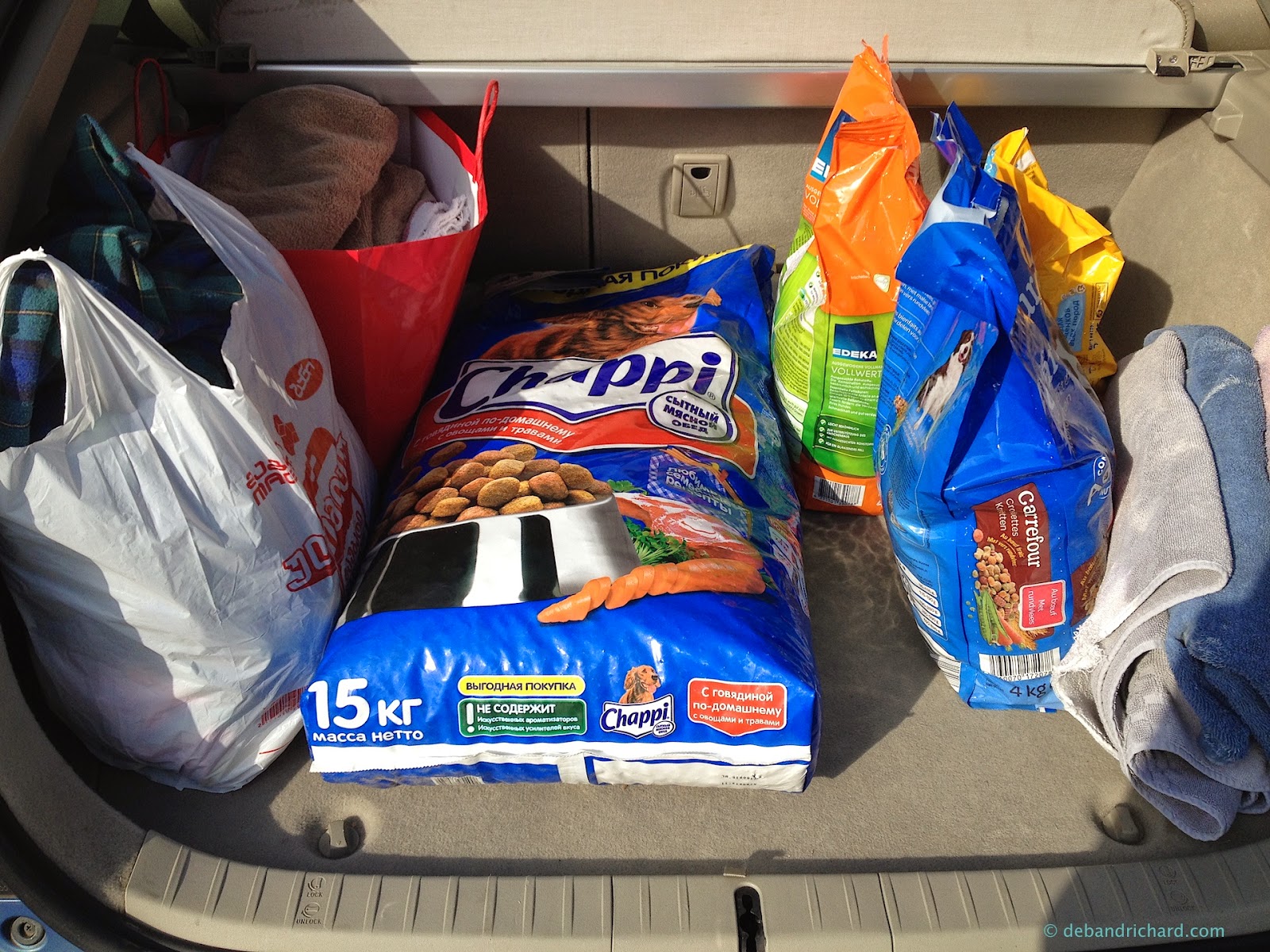 Mason went with me to take the stuff out to the D.O.G. shelter. He played with some of the puppies and wants to go back and help walk the dogs in the surrounding fields. 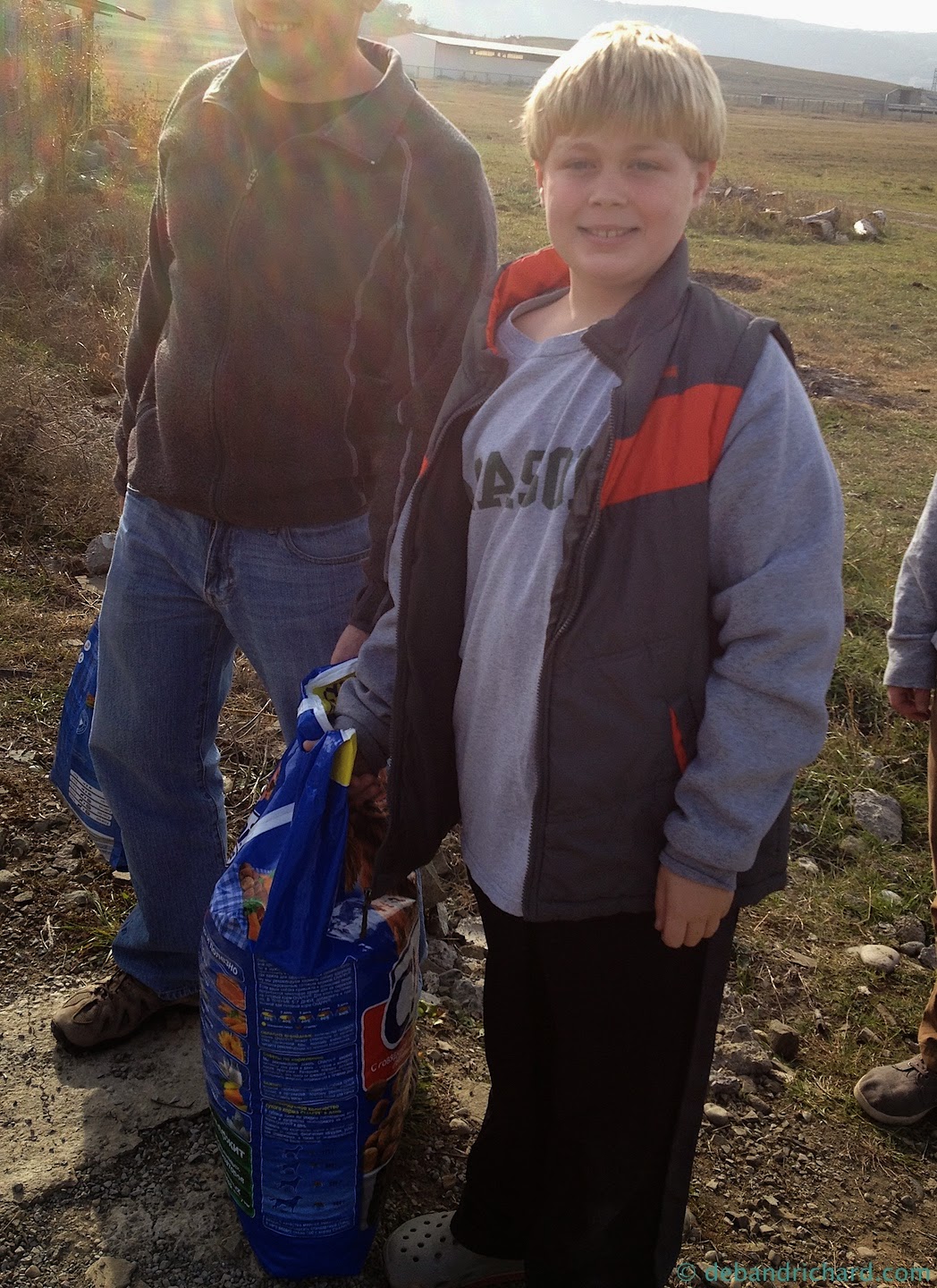 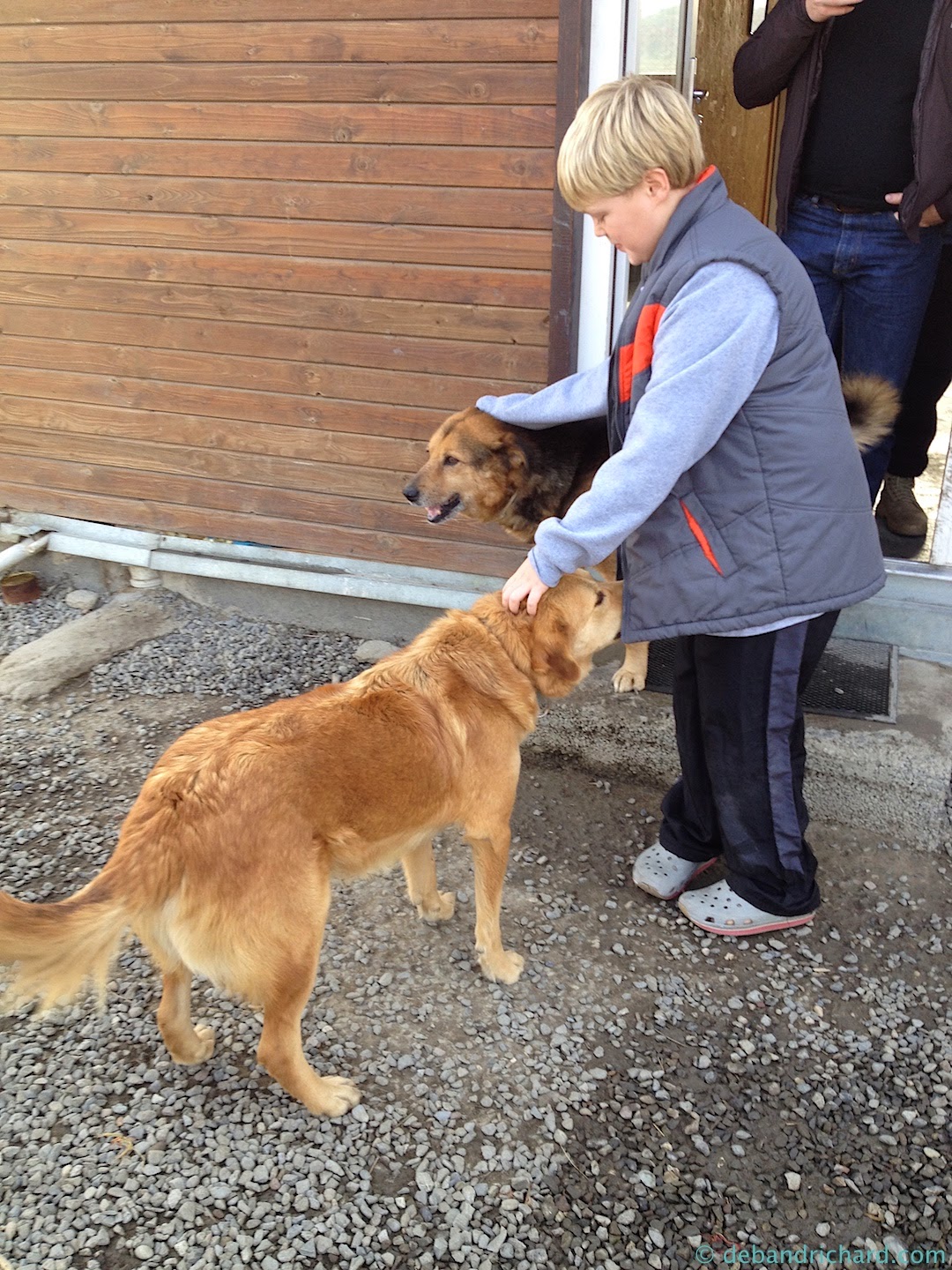 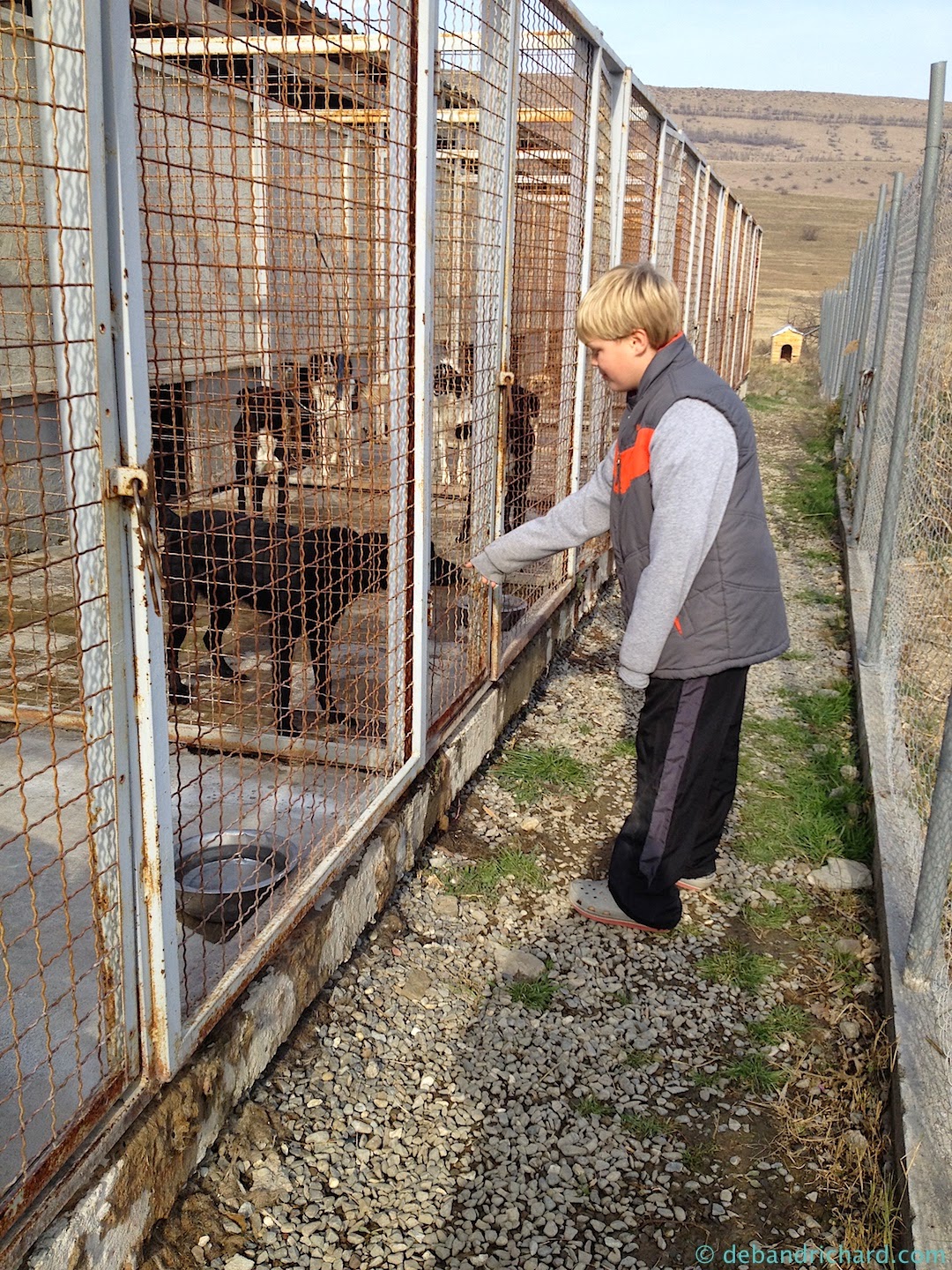 As a final note: I find it quite amusing that this post on Mason's 10th birthday party is a factor of 10 of the total posts we have written....woo hoo, happy 100th post to us.
Posted by Deb at 12:01 PM