For fall break, we packed the kids up and hopped on a plane to Germany. I think Clarissa was more excited about the plane ride then the sightseeing in Germany/neighboring countries.

Having caught the pre-dawn flight (pretty much no other options here), Clarissa was a little tuckered out and napped on our drive from Munich to Garmisch-Partenkirchen (about an hour and half from the airport). 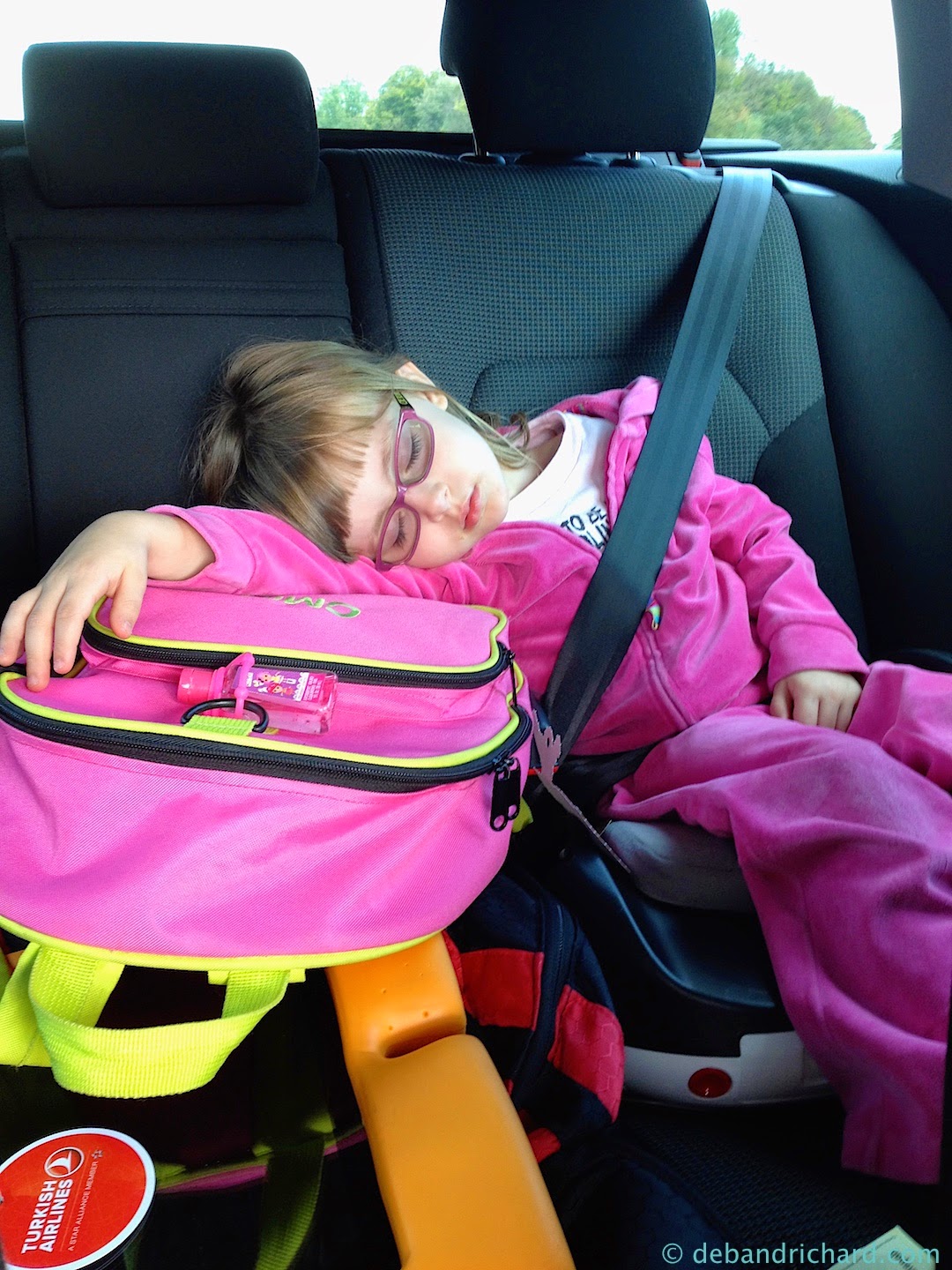 We stayed at the Edelweiss Lodge and Resort. It is actually an US Armed Forces recreation center. We've heard it was booked non-stop during the Iraq War, providing a meeting point for soldiers and their families (the nightly rate is graded according to rank). As a State Department family currently posted in Europe, we are allowed to use the facility (though we payed the highest rate). We had a few hoops to jump through since we did not have military IDs but our diplomatic passports.

While Richard was checking in, Mason & Clarissa found the wooden cut-out. The photo turned out surprisingly good with Clarissa's bangs matching perfectly....but I'm a bit disturbed by her voluptuousness at 4..... 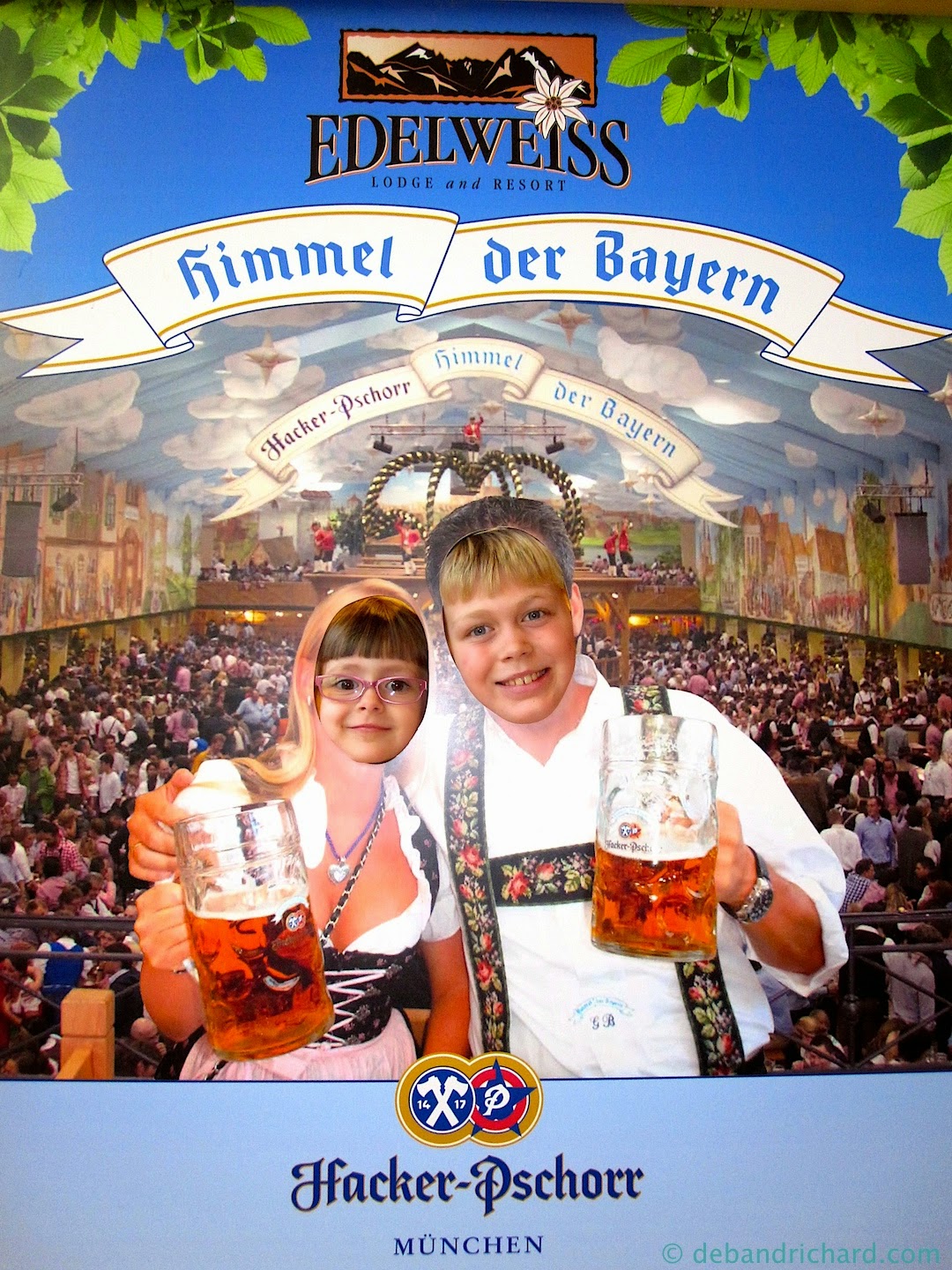 The resort had Starbucks coffee, chicken wings, strawberries and other American snacks......to start out (can you tell we've been deprived). 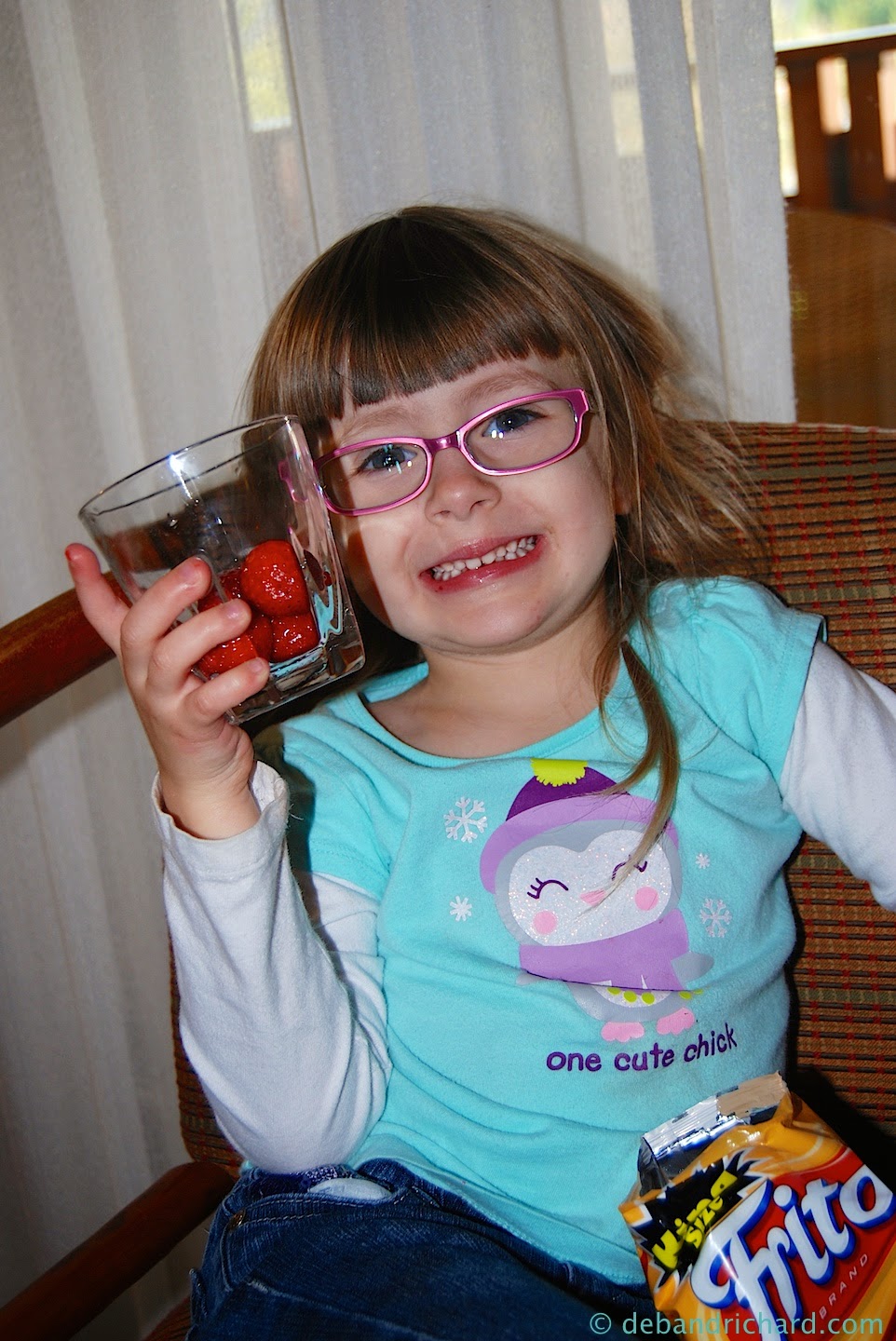 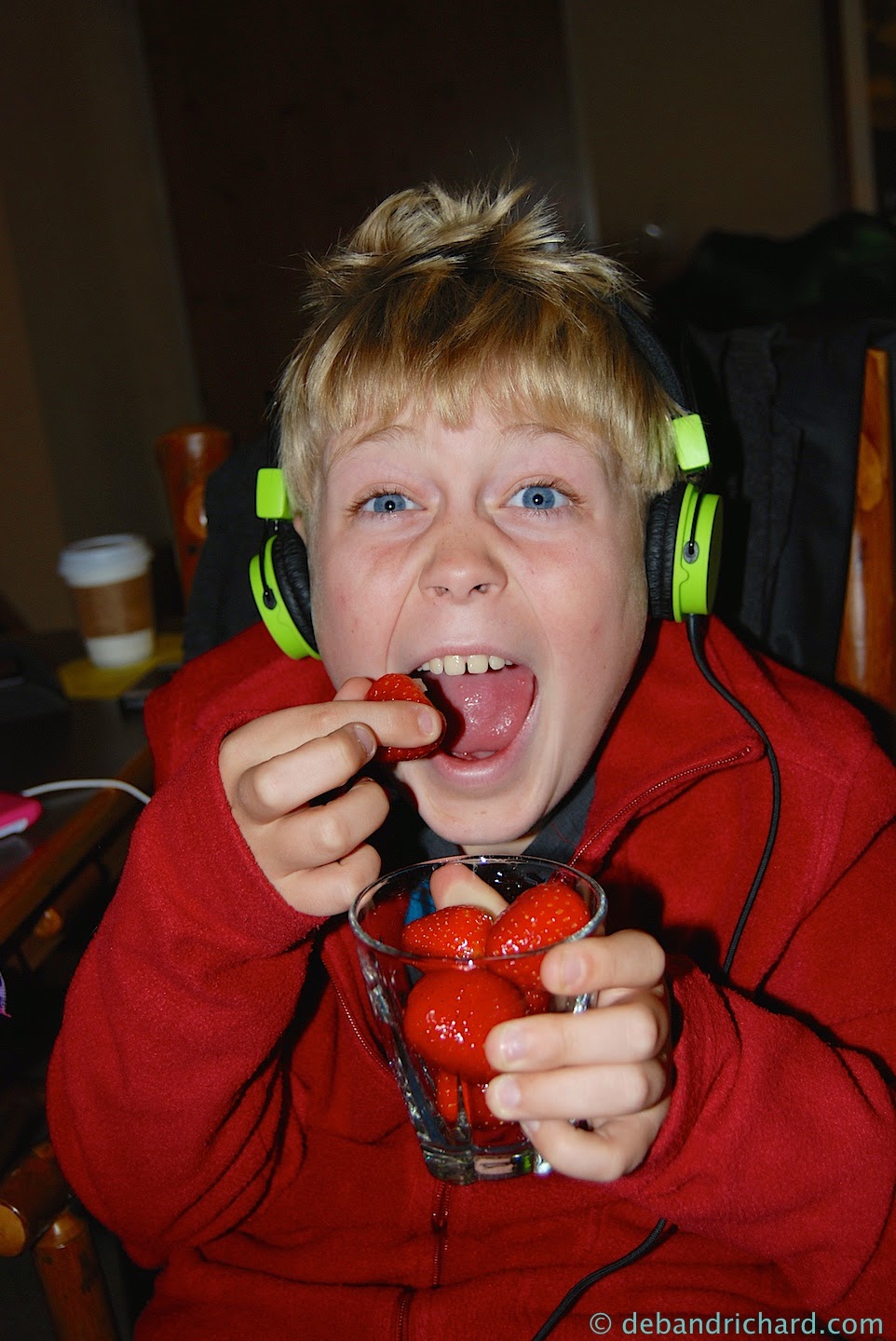 There were some amazing views of the Bavarian Alps from our room/resort grounds. 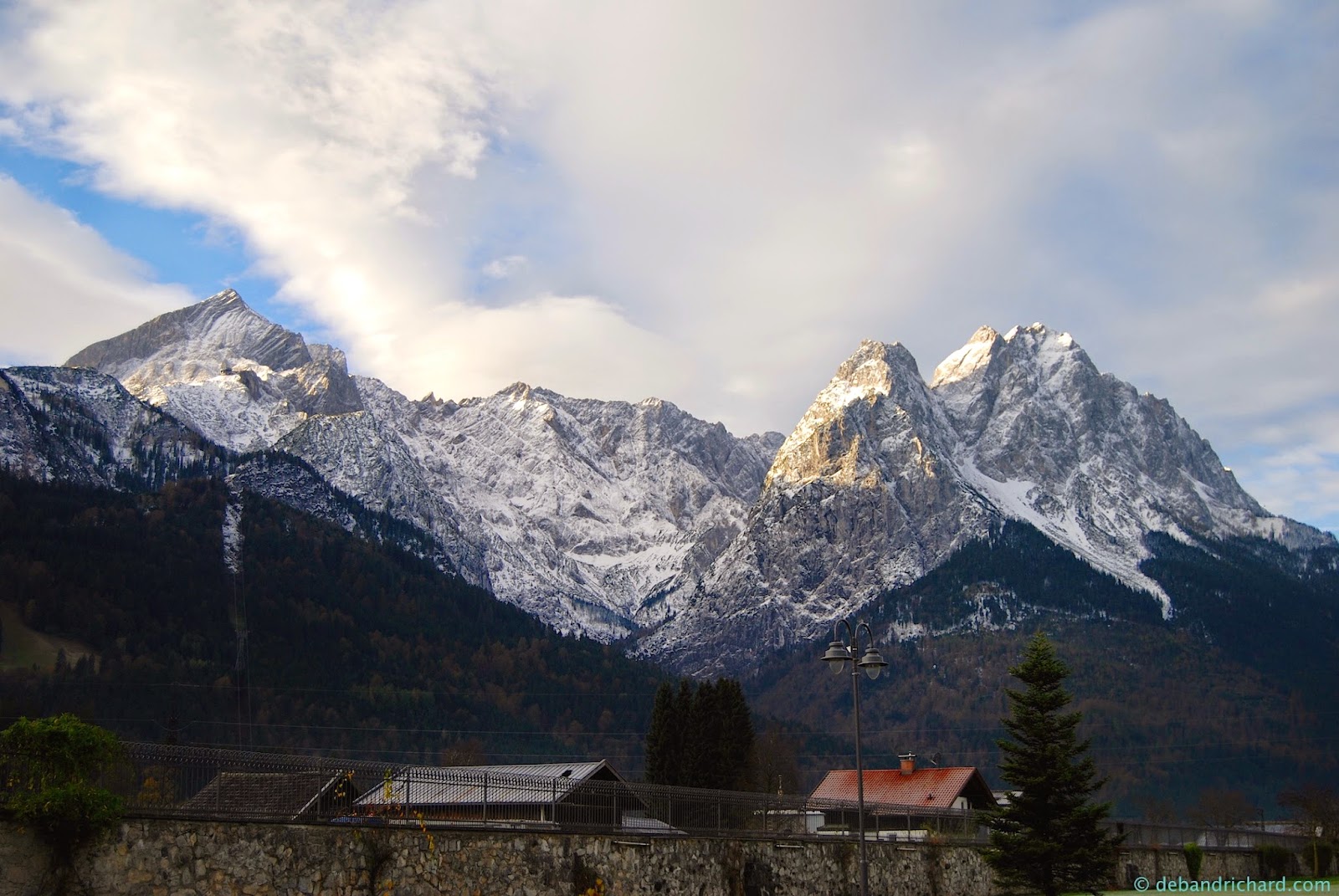 They had an indoor heated pool and an outdoor hot tub. I think the hot tub was the kids' favorite and we hung out there EVERYDAY...... 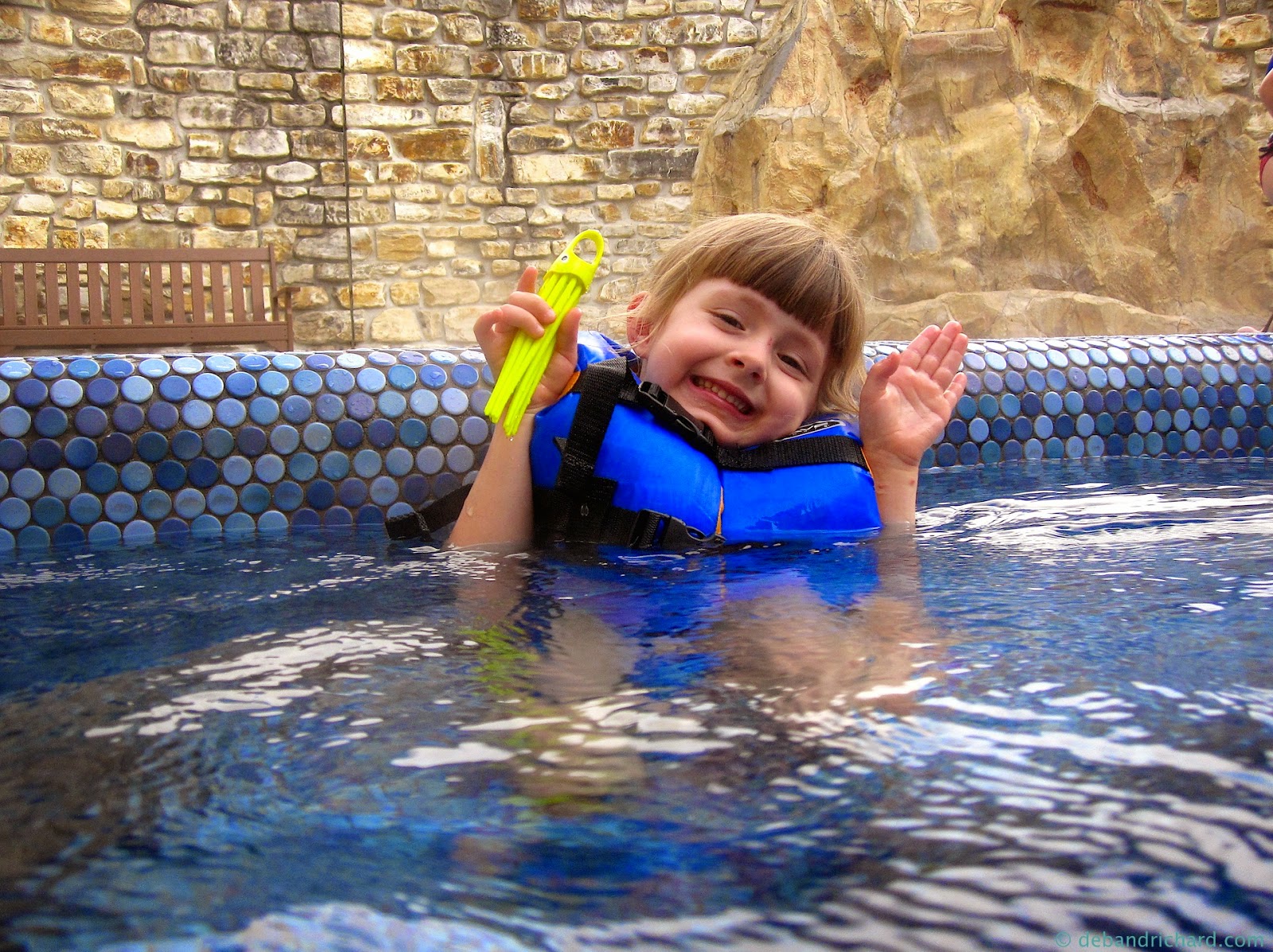 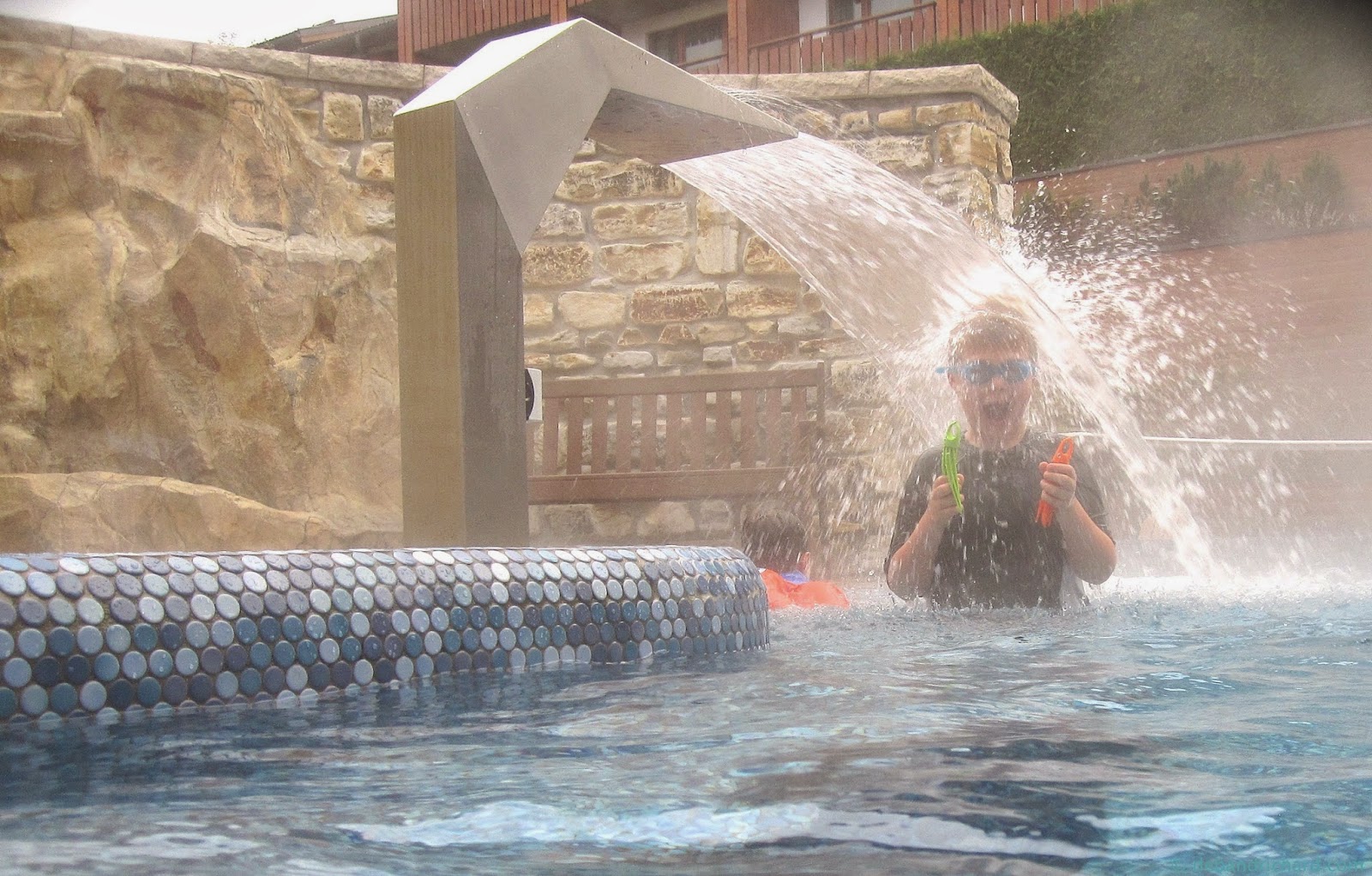 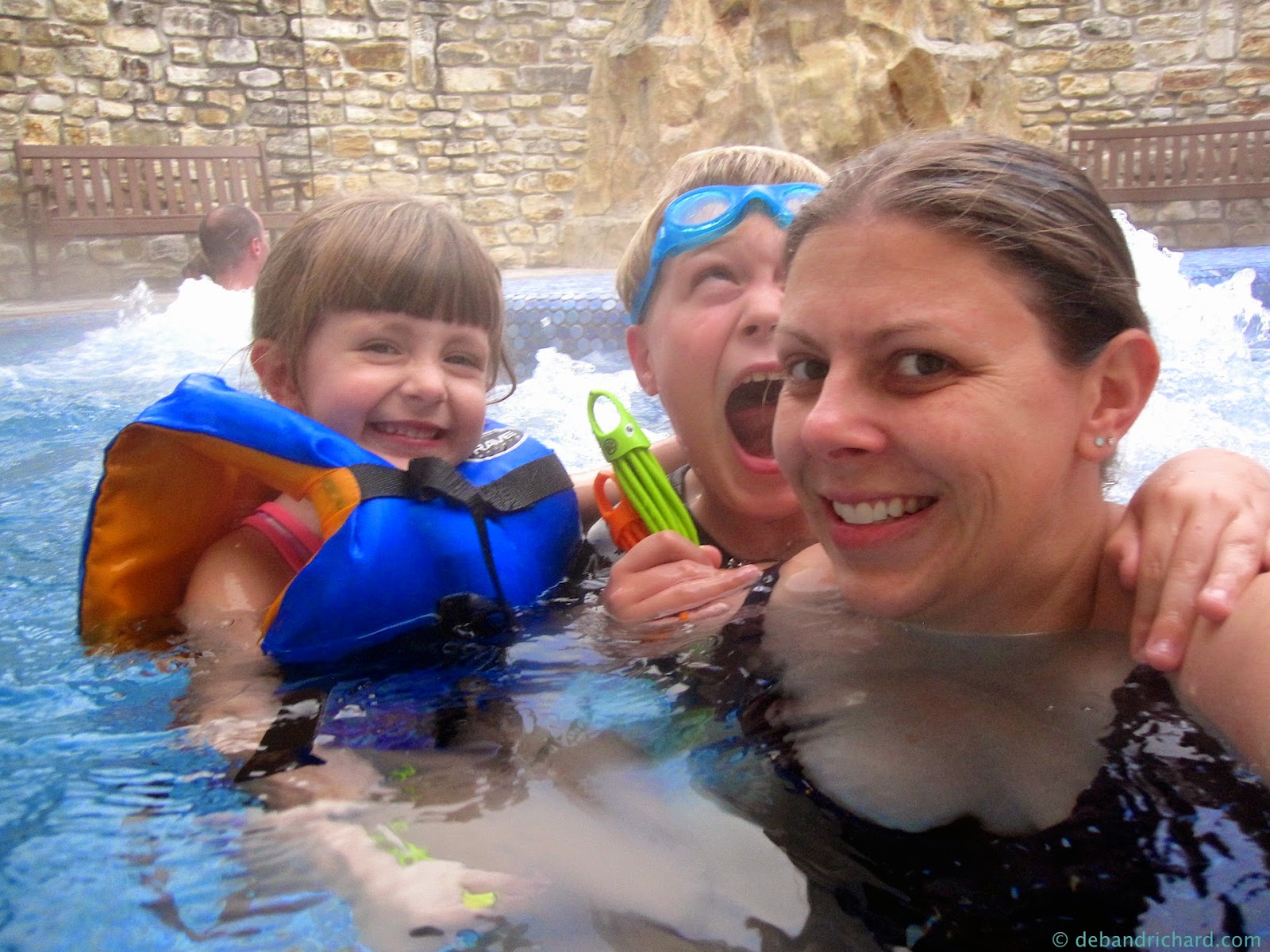 We took some family portraits one morning around the city of Garmisch (that's another post), as well as, go out to a little cafe for lunch....which pretty much only served ice cream. Clarissa was very happy to indulge and I got the fruit pizza.....vanilla ice cream covered with sliced fresh fruit....yum! Richard got a latte of some sort (and helped eat the fruit pizza) and Mason got their cheesey bread special for the day. 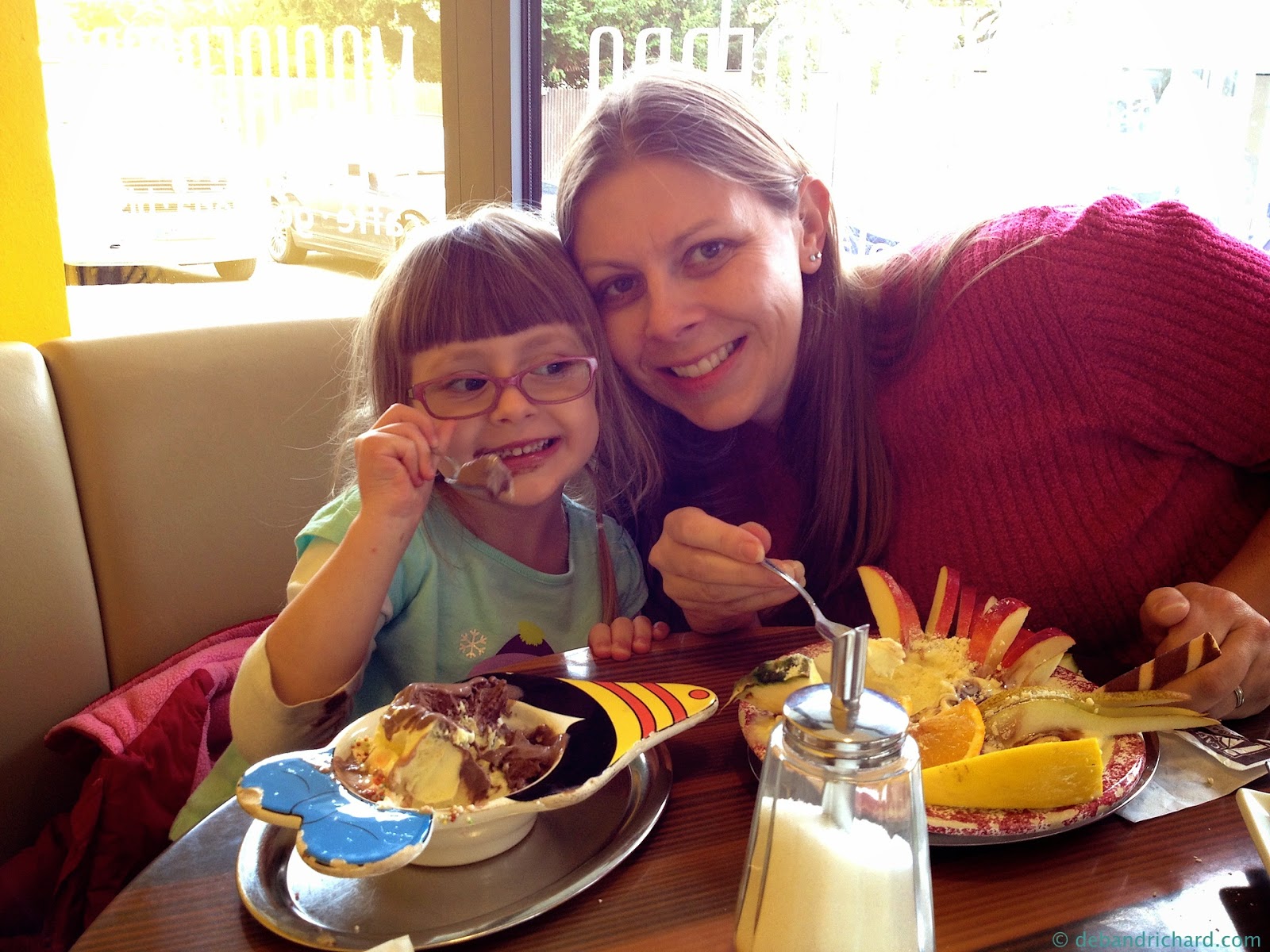 After lunch we walked around the shopping area in downtown Garmisch. I totally scored points by not only getting, but also keeping it a secret till his birthday, Richard a German cuckoo clock. I picked out a cute one with a little girl who swings back and forth. 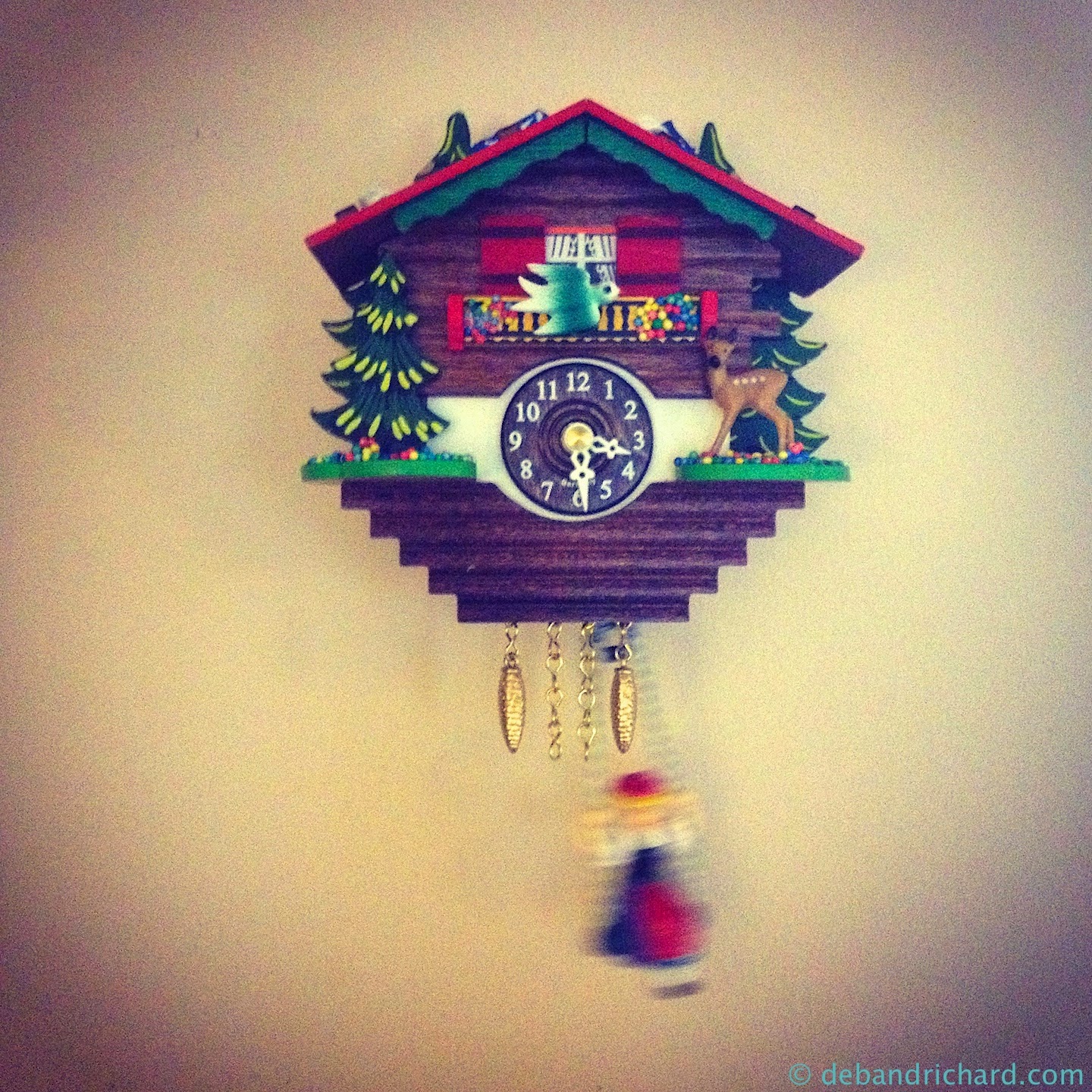 Garmisch-Partenkirchen was originally two different towns separated by a river. In 1935, Hitler forced the merging of the two cities in order to host the 1936 Winter Olympics. A little leftover from the Olympics is a summer toboggan run (it is located right next to the stadium). You buy tokens for one run or a 6 pack of runs. We opted for the 6 pack. You climbed into the toboggan, it pulled you up the hill and you could control how fast or slow you went down. The first time Clarissa wanted to go real slow.....by the end she wanted to go as fast as possible. At the end they have a display showing your facial expression on a given turn. Unfortunately, it wasn't until the last run I noticed it also showed your speed at that point. On the last run, we clocked speeds between 40 and 48 km/hr (25-30 mph). Here's a little video of the fun.


Garmisch-Partenkirchen was a rather great location for a variety of day trips we took into Austria and  Switzerland (up coming posts).
Posted by Deb at 10:27 AM