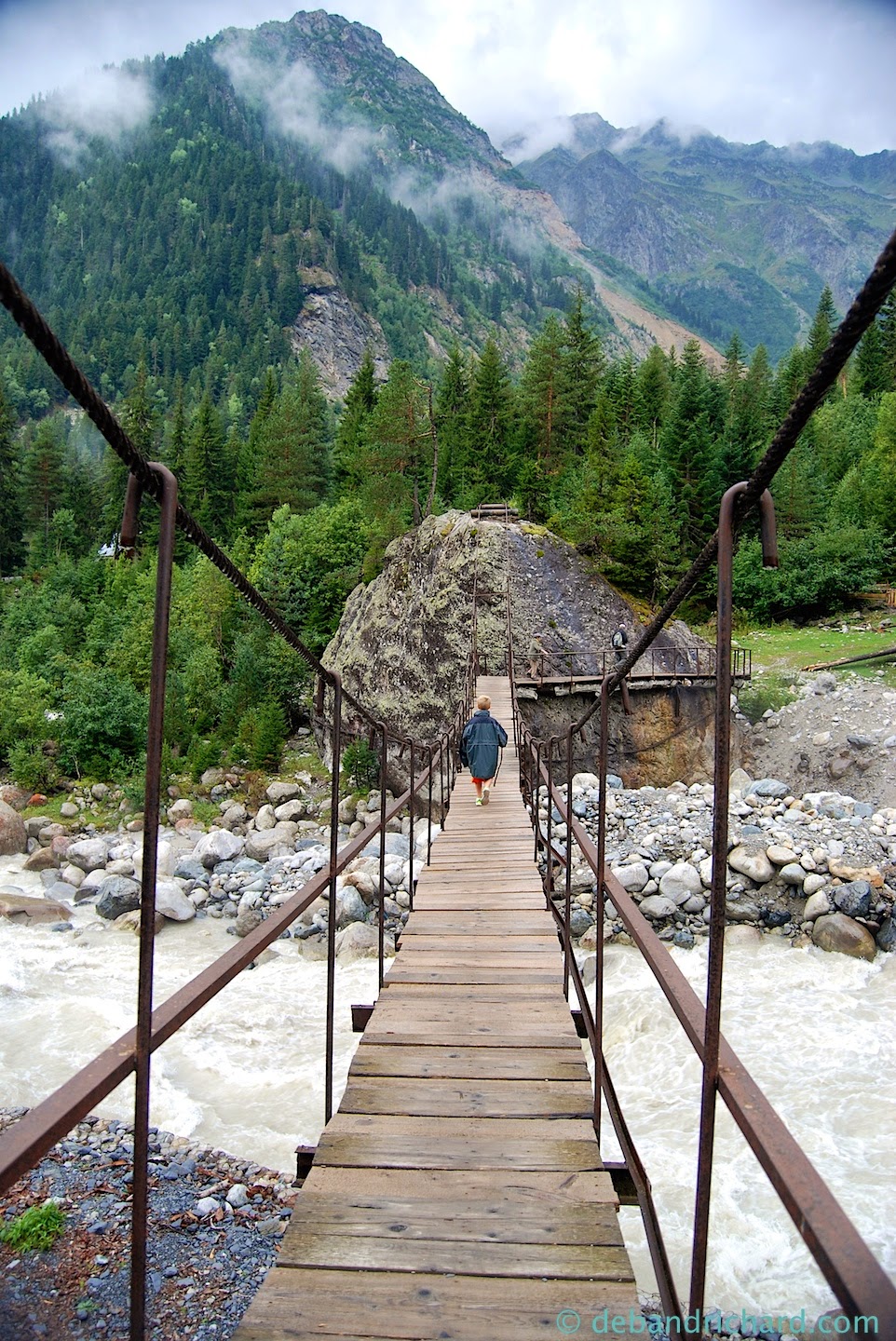 We followed the trail uphill through the forest for about 1 km. At some point, the trail turned and we were walking parallel to the Chalaadi River. This river starts at the glacier and it is amazing to me how quickly the water is flowing having just begun.


After hiking through the woods, we came to the last 0.5 km of hike.....across boulders. You can see Mount Chatini in the distance. 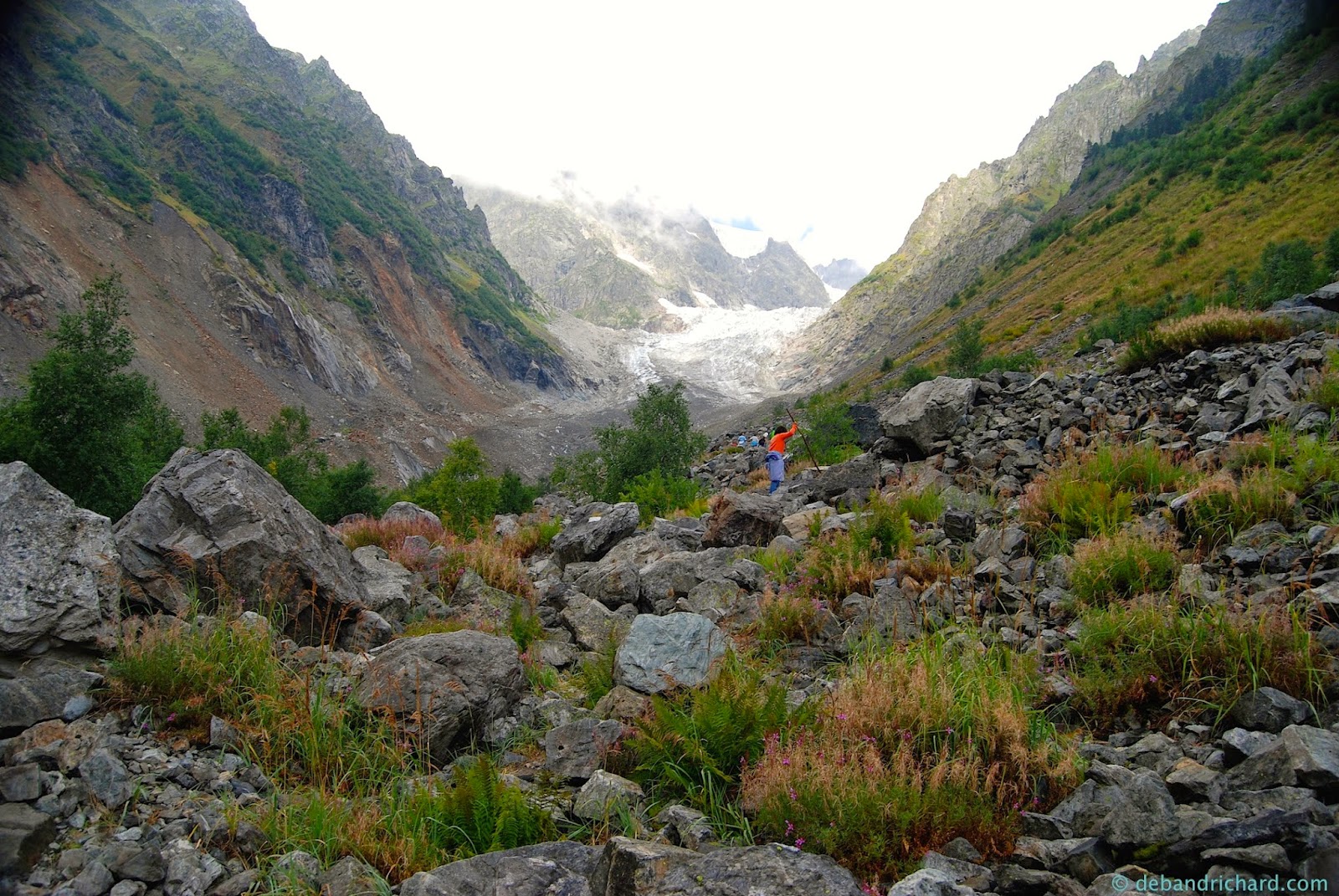 Its odd how these boulders seem to be so precariously stacked on top of one another were actually pretty stable for climbing on. Only occasionally would you step on a wiggly rock. 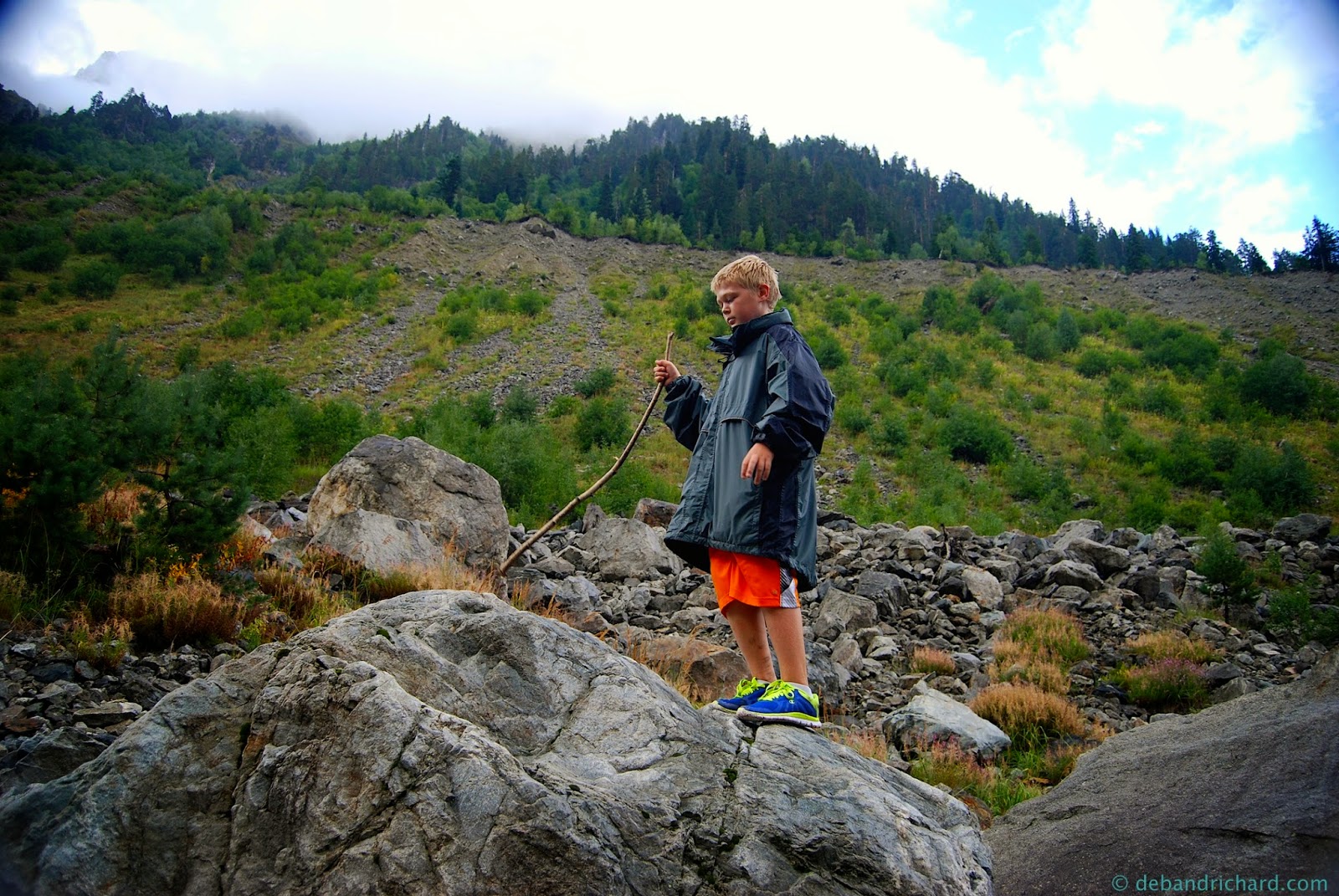 The snow you see towards the middle of the photo is Mount Chatini. Below that to left is glacier (it's somewhat 'dirty' from rocks and debris tumbling down. 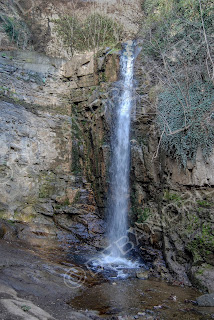 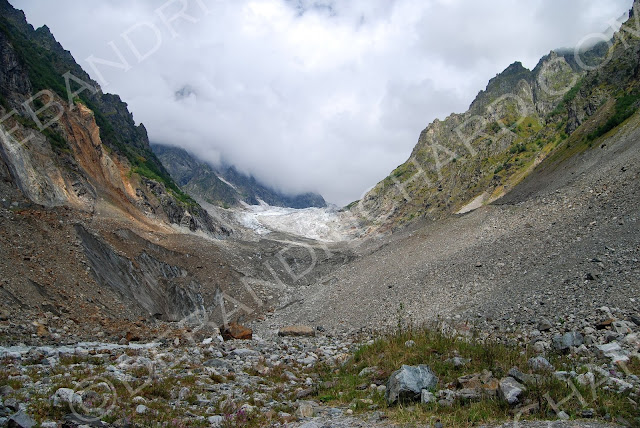 The face of 'no mom, you didn't seriously ask if I think this is natural or manmade'.... 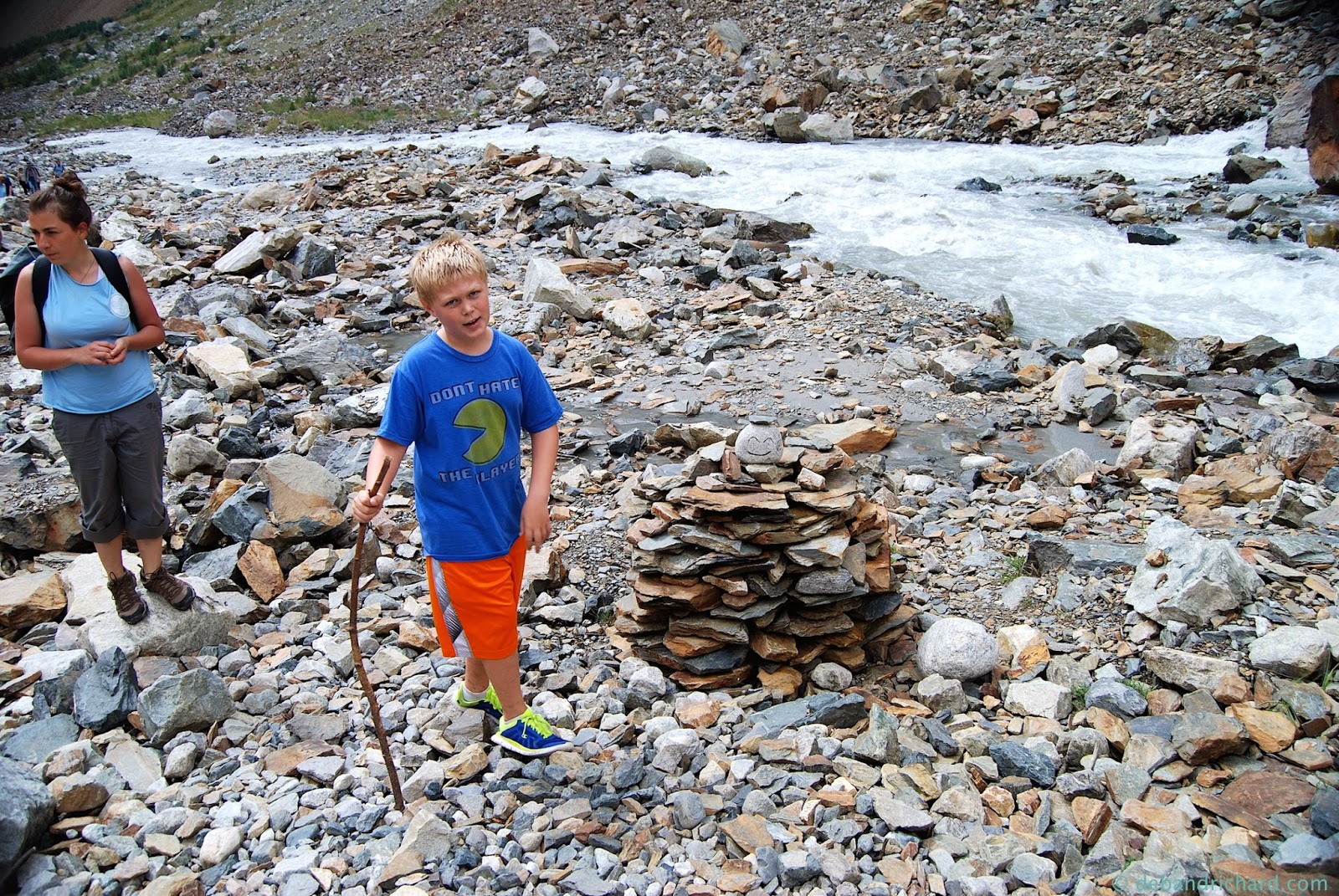 Mason was kind of 'adopted' by the guide of another group with the same company that hiked with us. She apparently is much more believable when saying you can do this than mom is. She helped him over the rocks and up this giant boulder. 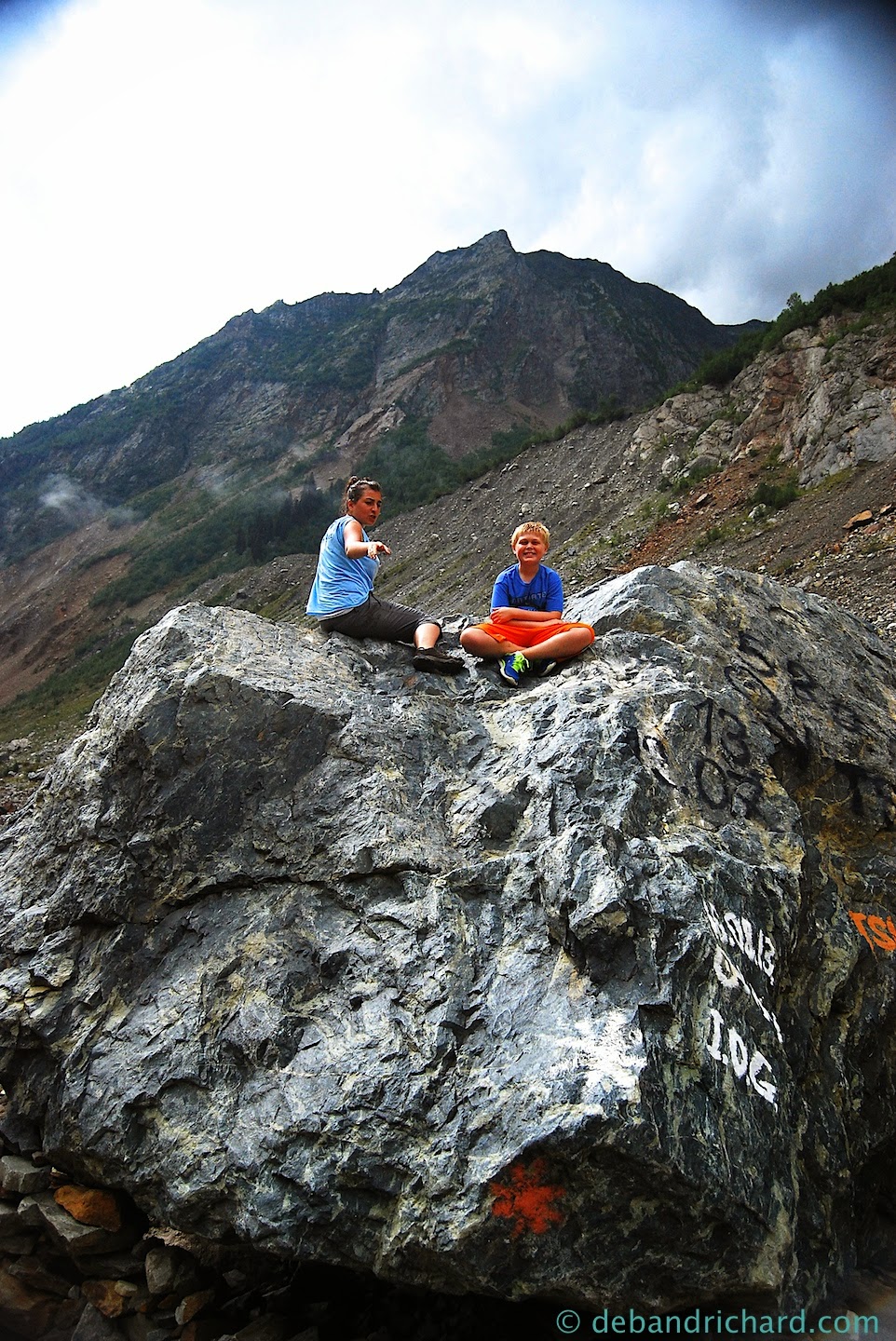 We made it to the glacier! All the white 'walls' along the river are actually a huge piece of ice. 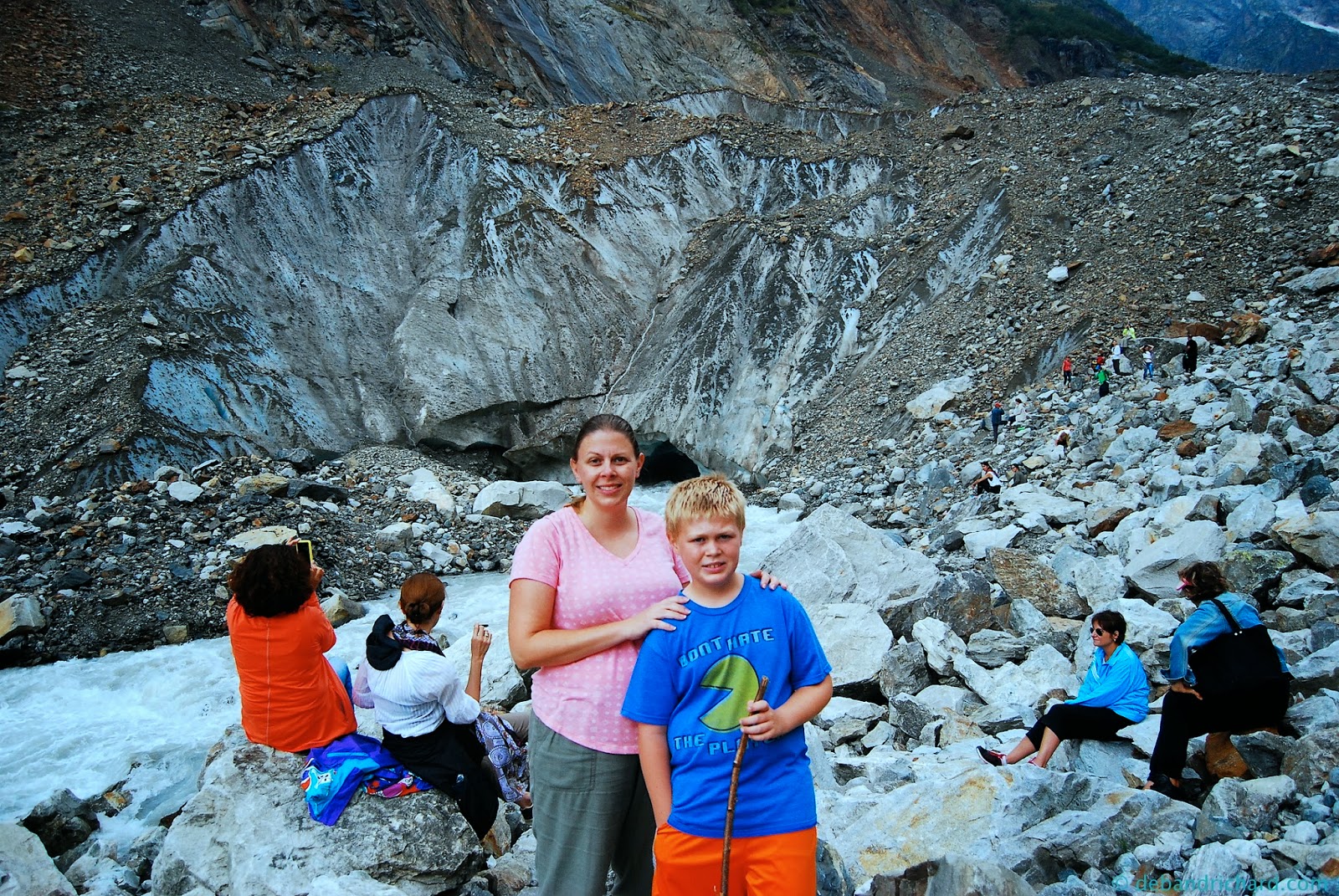 We came. We saw. We poked it with a stick. We touched a glacier! 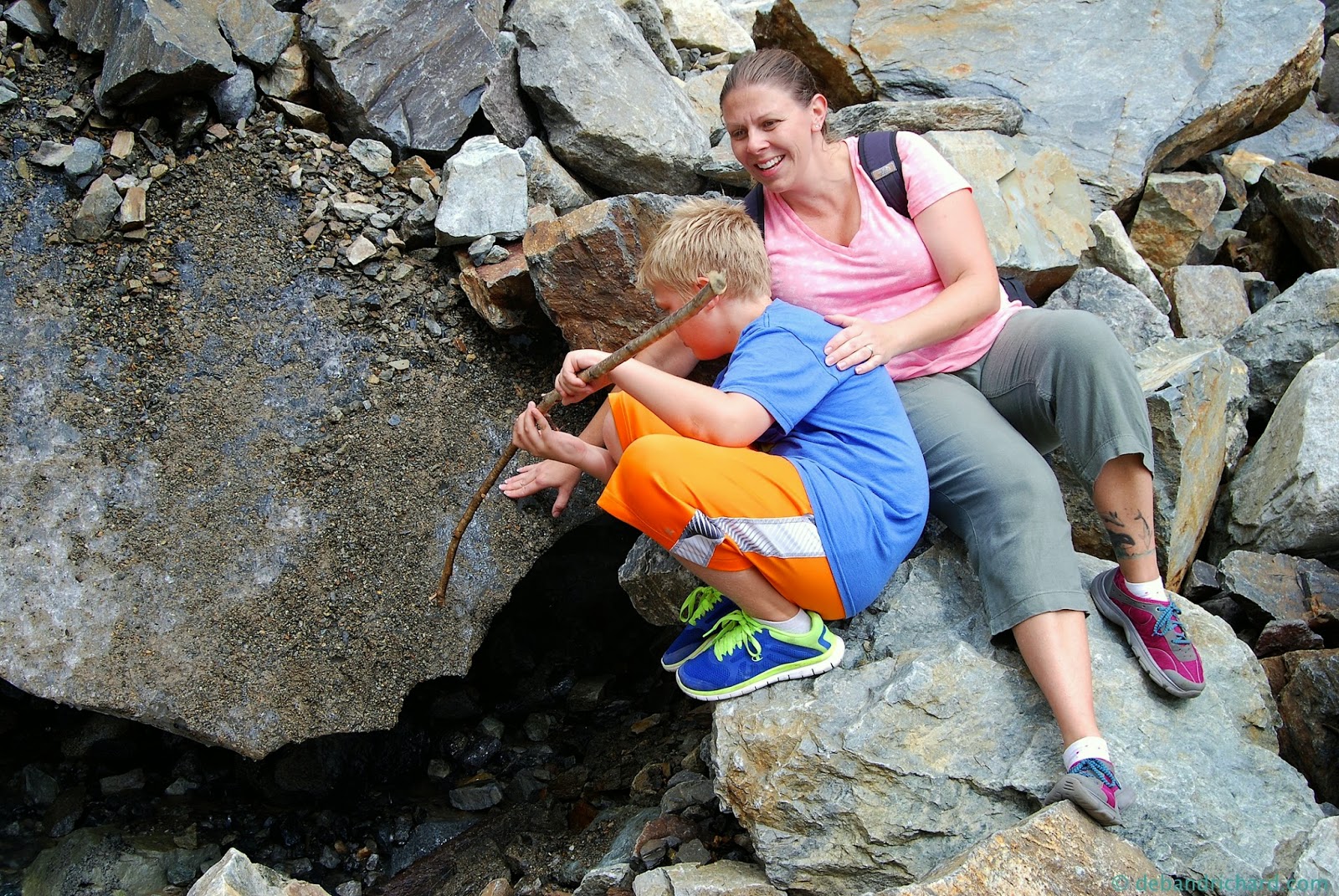 The ice is more obvious from this angle. 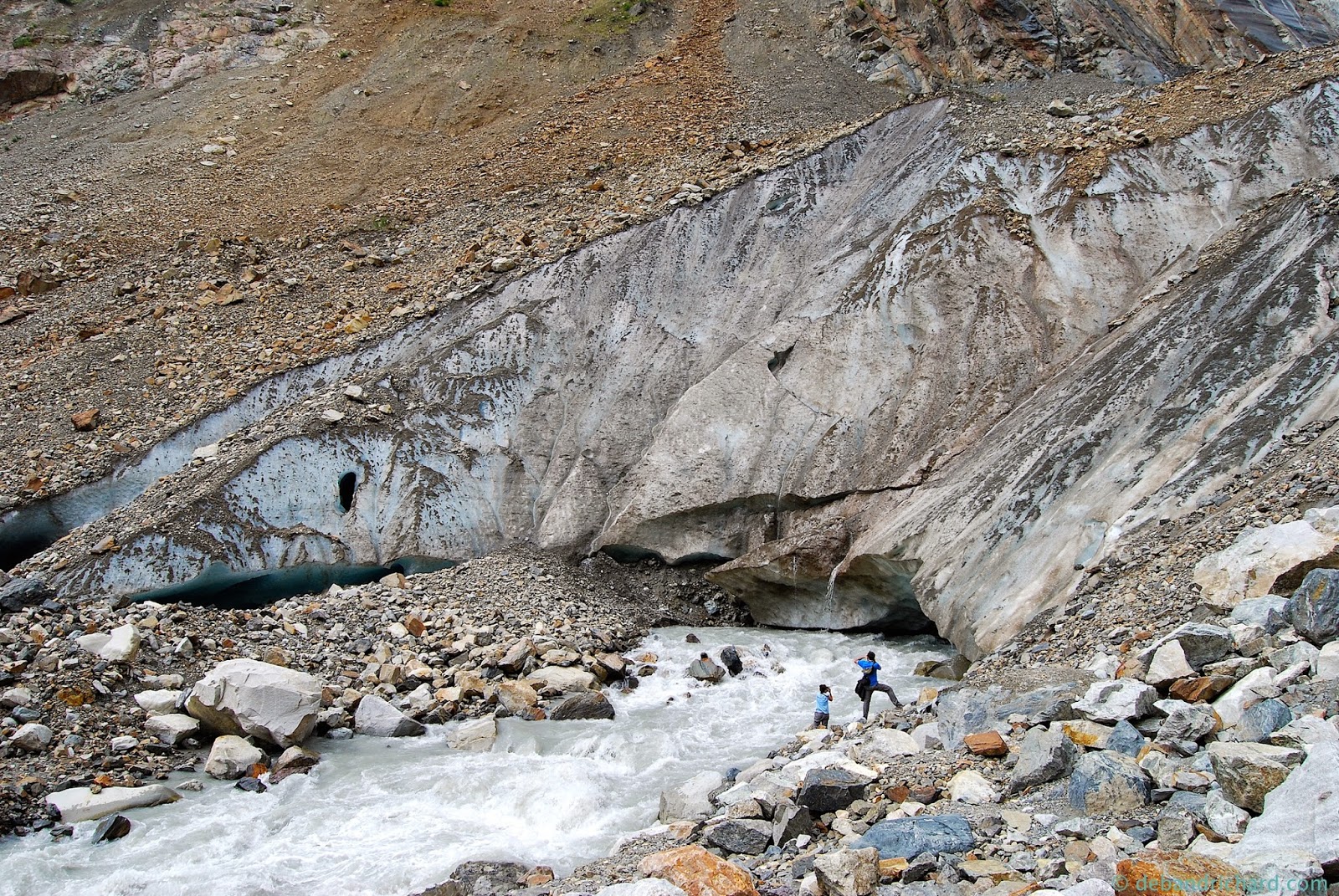 It was a little daunting as we turned to head back to the van. 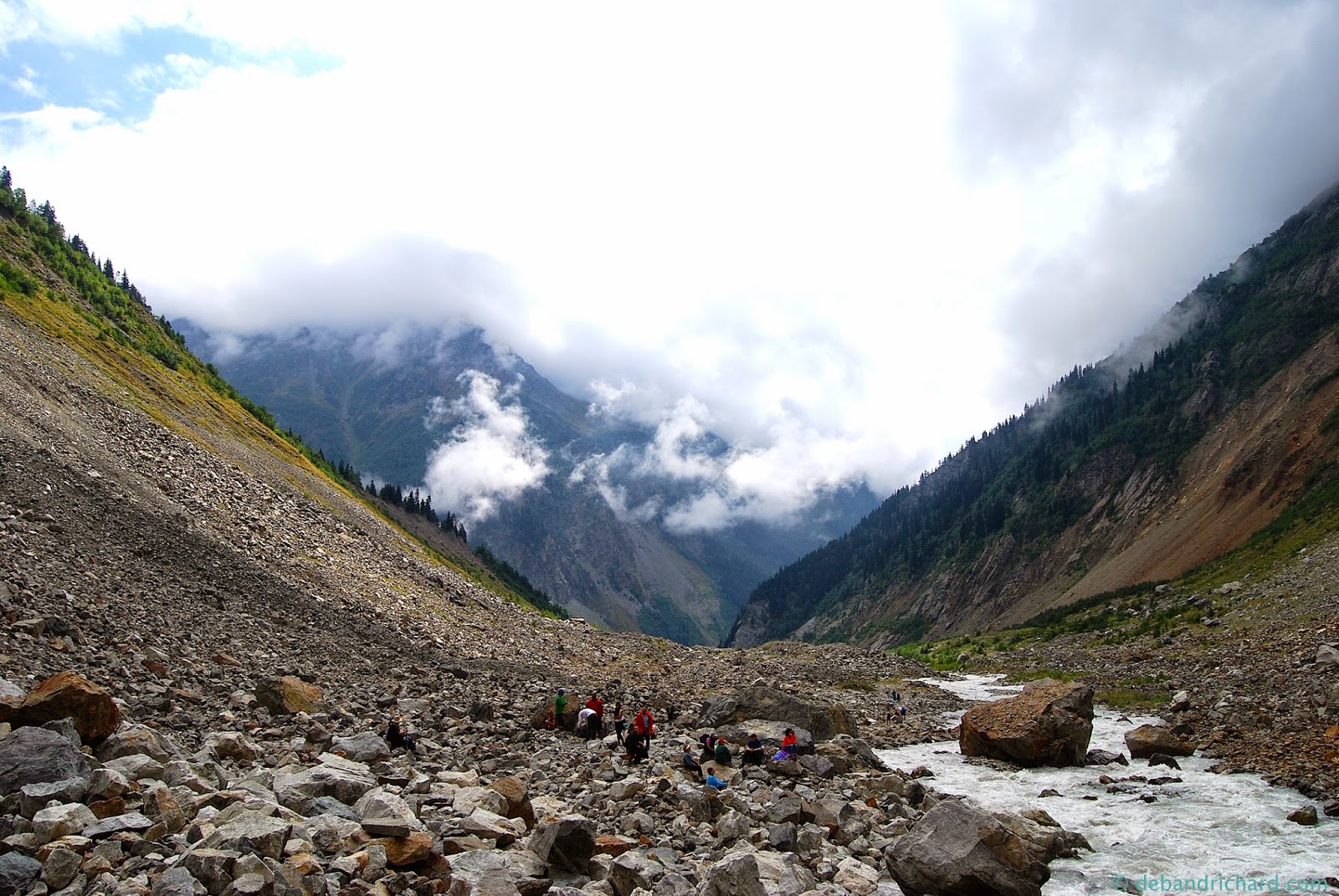 After getting back to the van, Mason decide to check out how cold the water was (umm, it just melted off a ginormous ice cube about 1 km back....I'm going to go with freezing cold). 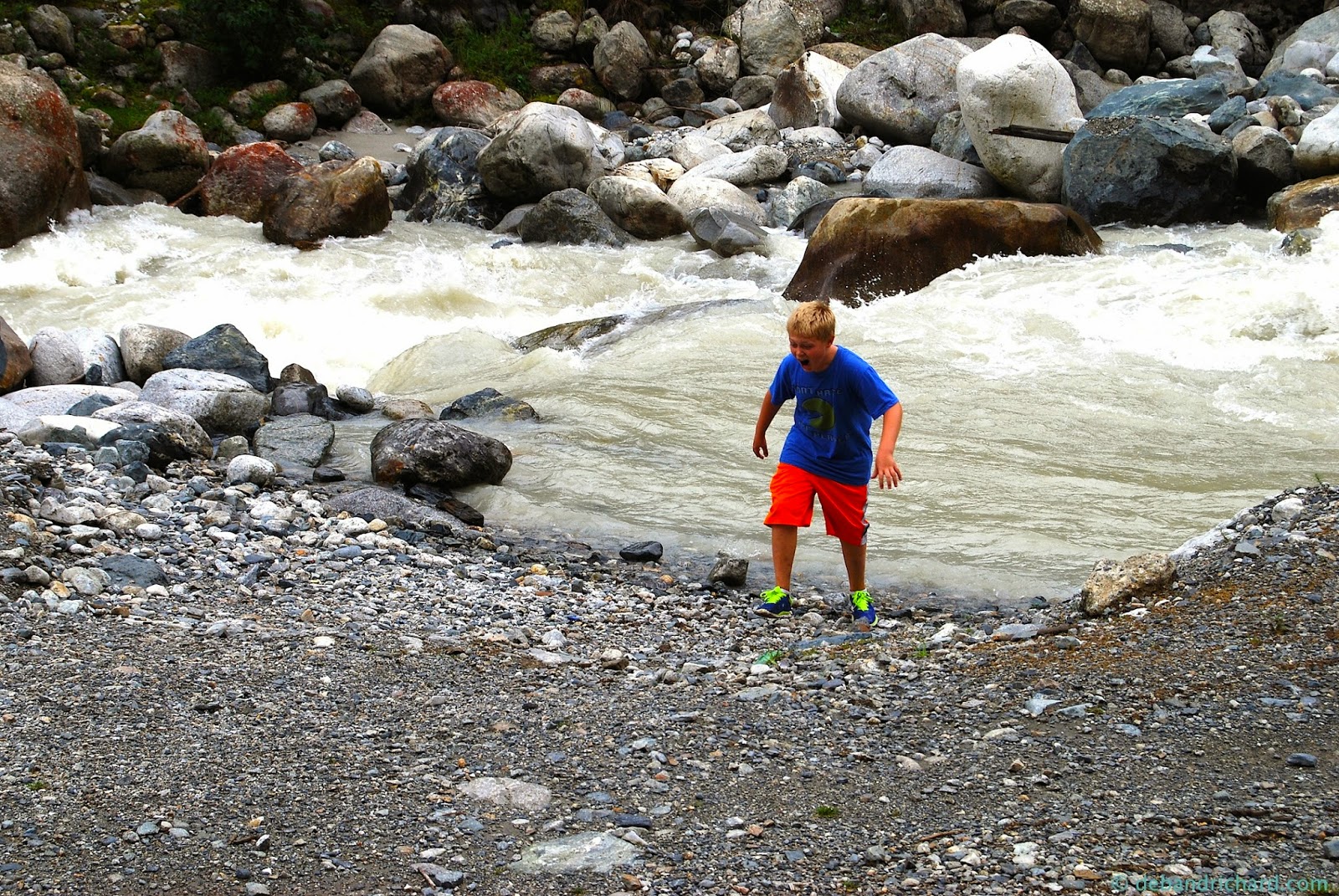 After the glacier hike, the rest of our group took a funicular (ski lift) to a restaurant overlooking the townlet of Mestia. Mason and I opted to stay in town and find the pizza shop. In the town square there is a statue of Queen Tamar. The horse is quite odd looking and from what I have read online, the statue has not been well received among the Svans. 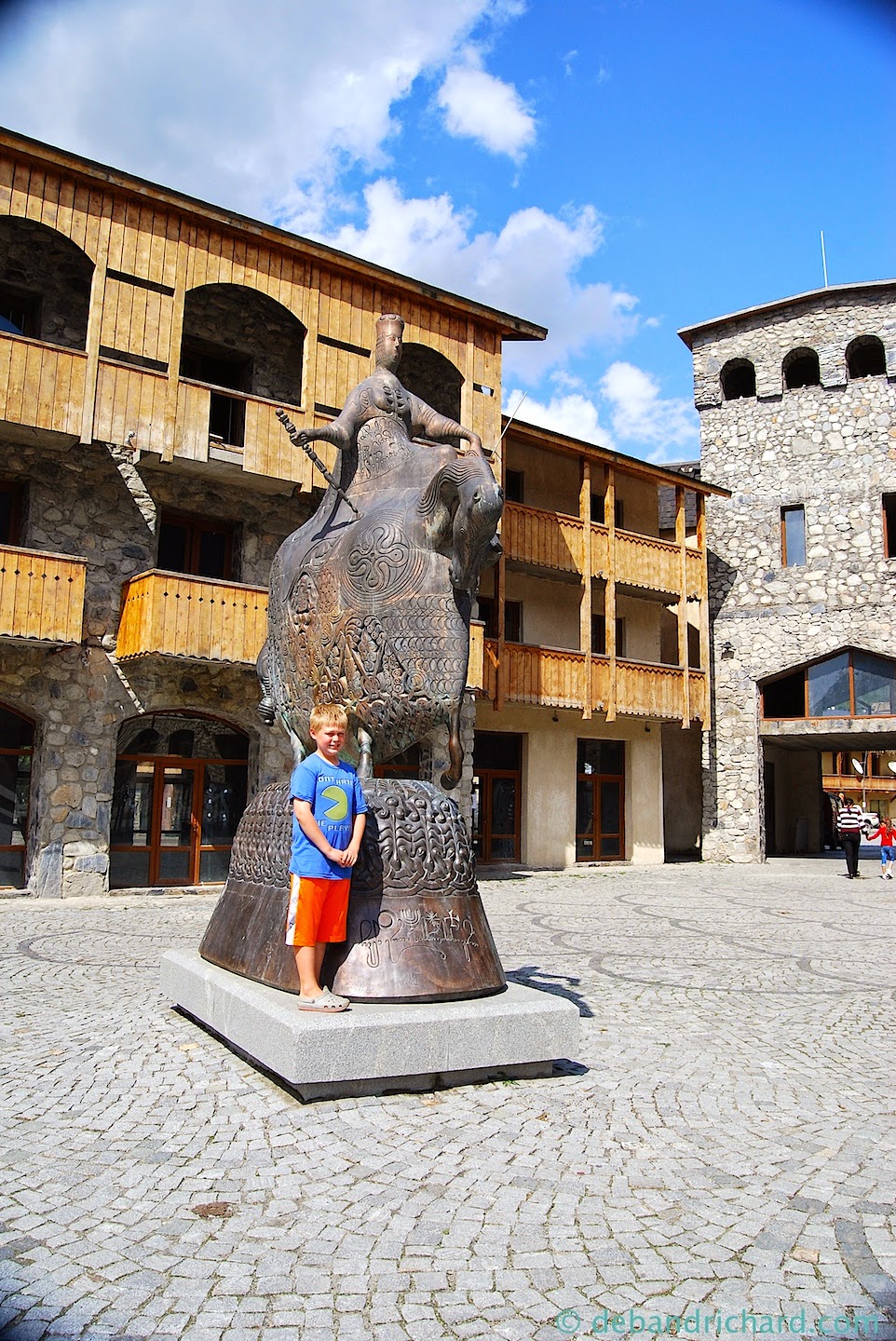 Pizza place had no power, but another cafe did.....I think he is happy with his plate of delicious Eastern European fries....yum! 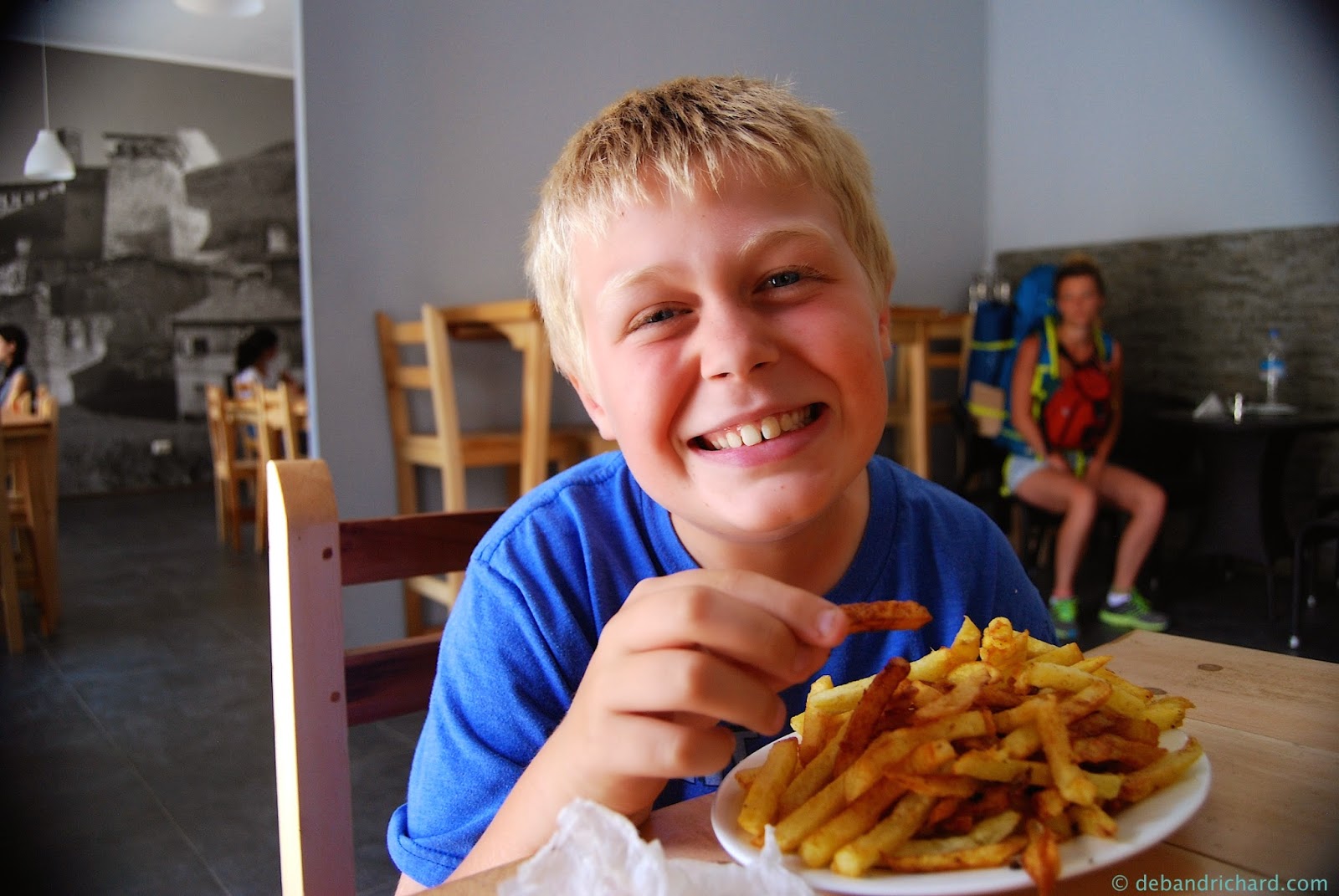 After lunch, he played basketball with some local boys (it appeared they lived next door and are possibly related to the family owning the villa we stayed at). 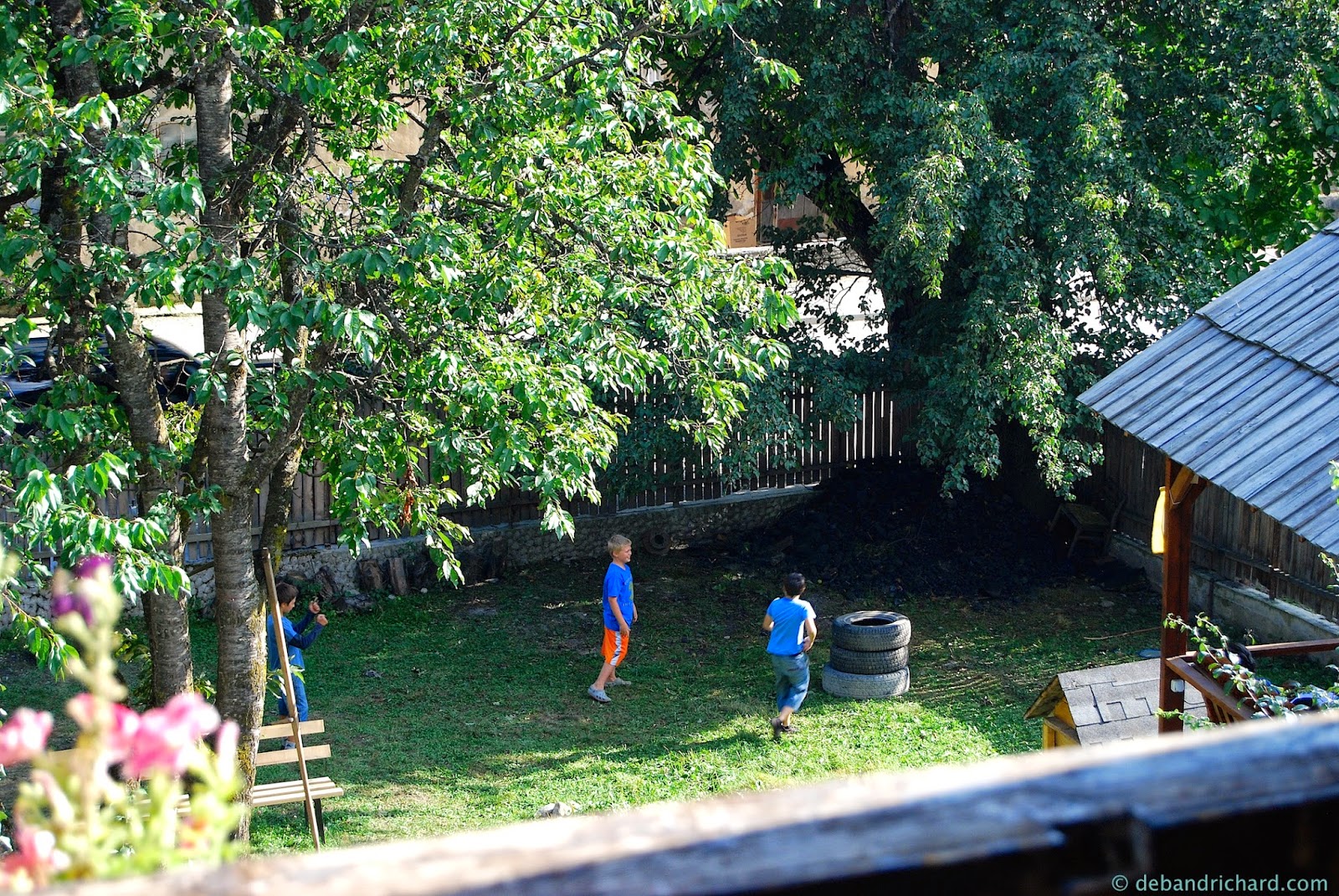 In the evening we had a cooking class/demonstration. We were shown how to make Imeruli khachapuri. Khachapuri is a traditional Georgian food (cheese bread). It is quite similar to pizza without the sauce. There are several types of khachapuri with Imeruli being the most common (and most tasty in my opinion).

So you begin with a yeast dough. You make a little circle with it and flatten out. You then place a ball of sulguni cheese on the dough. Sulguni cheese is a brined Georgian cheese. (the cook helping with the demonstration said, if sulguni cheese is not available you can mix mozzarella and feta cheese to get a similar consistency). 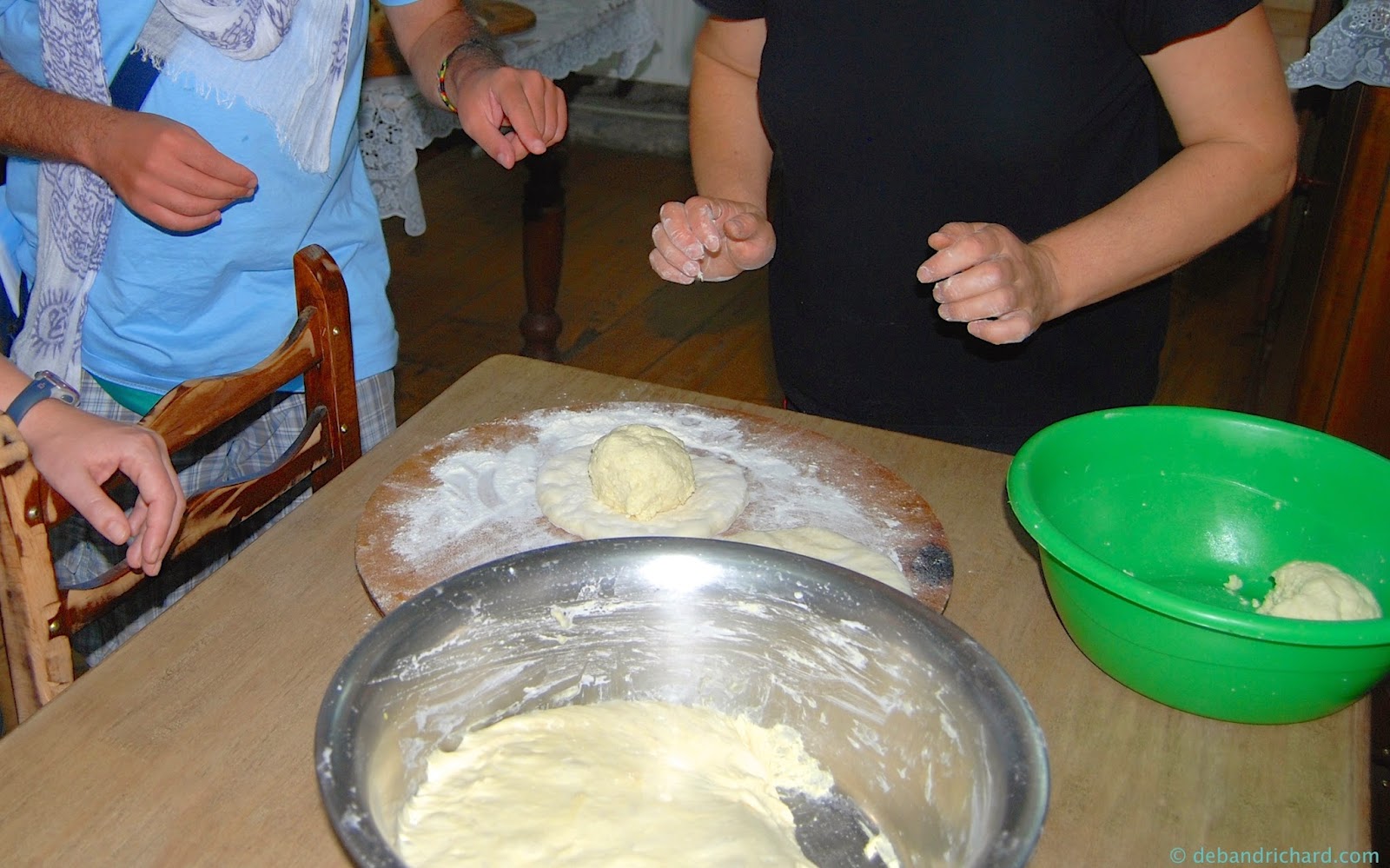 You then pull the dough around the cheese and pinch it together. 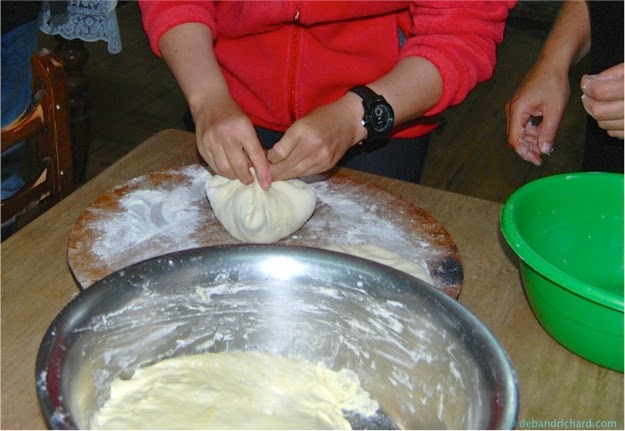 You then pat the ball of dough covered cheese into a 12 inch (or so) disk. 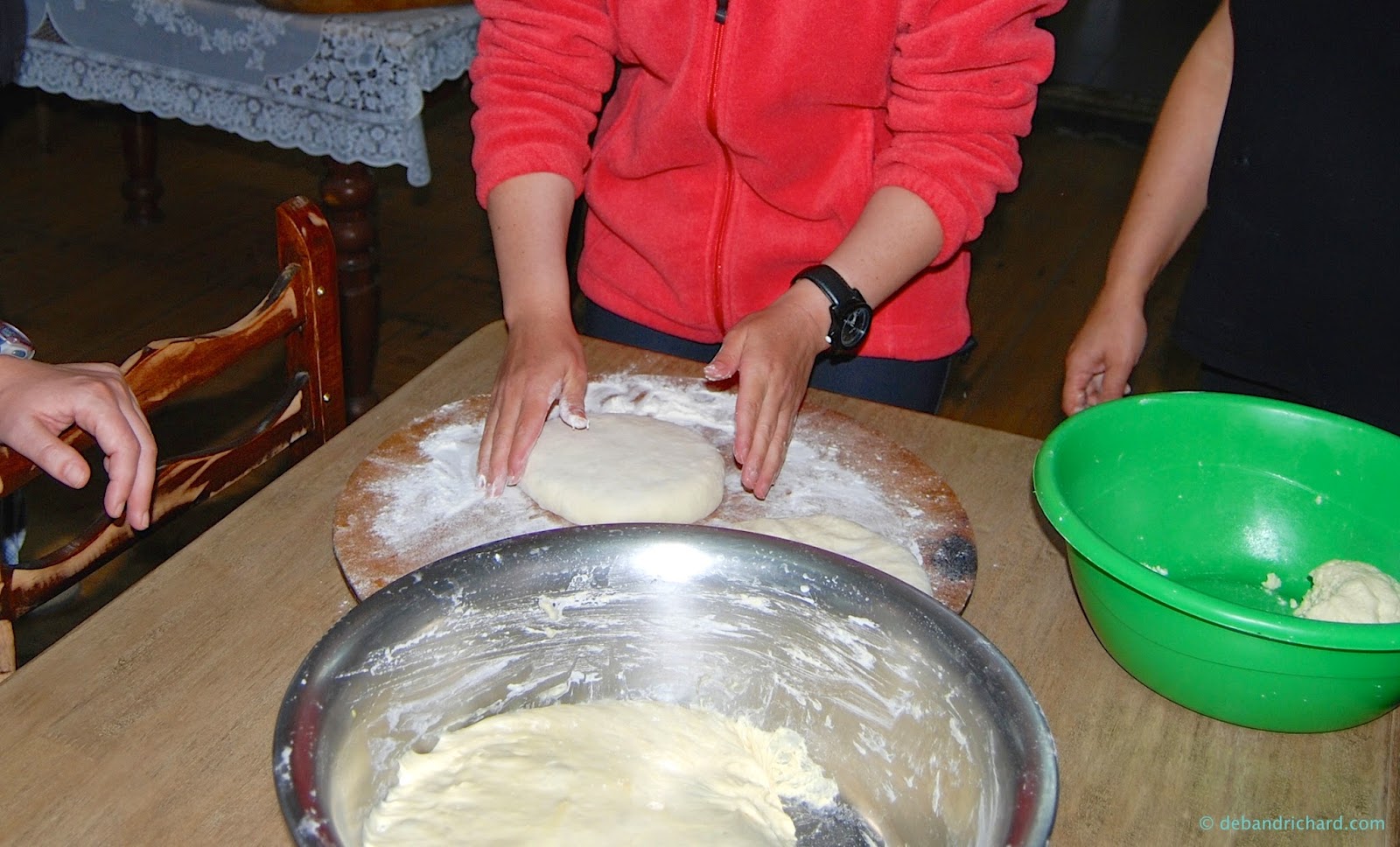 You then place the disk on top of a wood fired stove. You cook it for several minutes and then flip and cook several more. You then cut it in pizza like slices and enjoy. 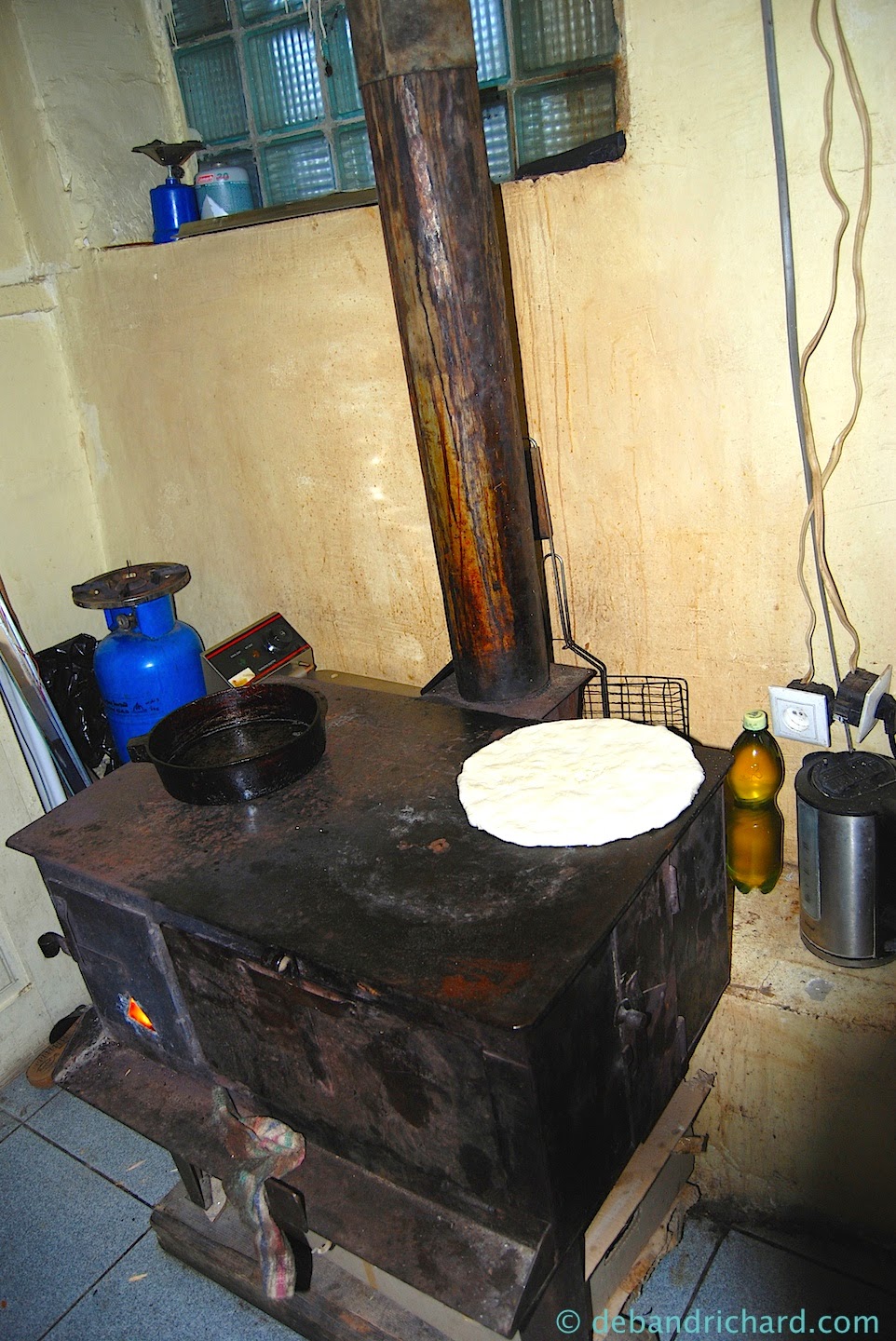