Sadly with C-19 number still all over the place, most Oktoberfest celebrations around the country were canceled. The Consulate was able to hold a small event with registered guests (for contact tracing of course) that was outdoors. We stopped in for a little bit, Clarissa got her hair braided, pretzels and beer were consumed, and the need to pick up our own dirndl and lederhosen was discovered. 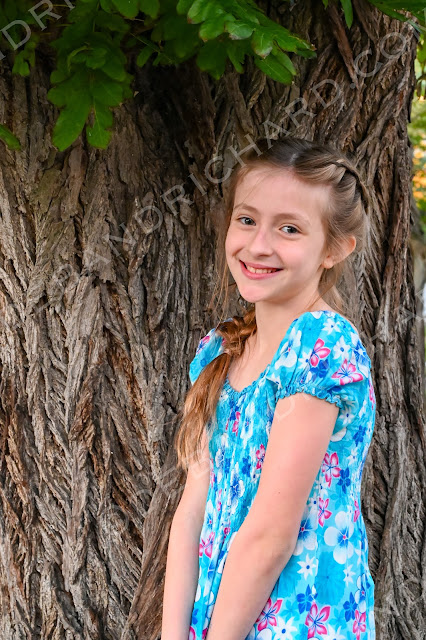 Clarissa actually did a wardrobe change when we got home and wanted to take some photos of her styled hair. Problem is to get the cute face you can't see the braid. So here's a little video of her braid.

The following weekend was Halloween/Richard's birthday. Friday evening was the compound door decorating contest. We and two of our other neighbors went all out. We dug out the old gravestones we had made a few years back...and used our little LED lights on them. We gathered up leaves to make it look likely freshly buried graves..lol. The door also had spider webs, spooky witches that talked to you and jumped, fog machine (I managed to not take a picture of it). We won most cool initially, then after checking out all entries we won first place! 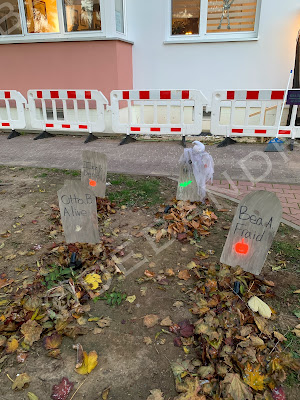 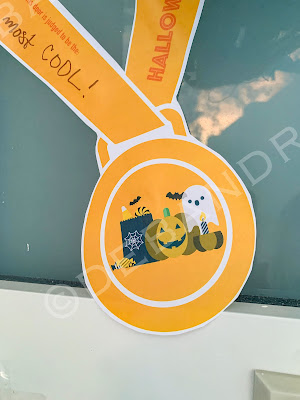 The next day we had our friends from Doha, who are now posted in Frankfurt! Over for a little pumpkin carving party. It had been a while since we had one of these with pumpkins being so pricey in Qatar and Fiji! 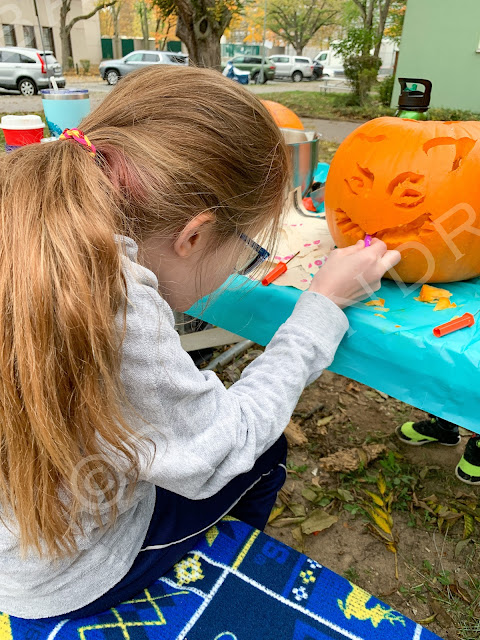 It was chilly carving outside, so we took a break and came in for some hot drinks and Richard's birthday cake (again, somehow no pictures of the cake. Clarissa did the baking and decorating this year, so I'll use that as my excuse. I typically take a picture when I finish). 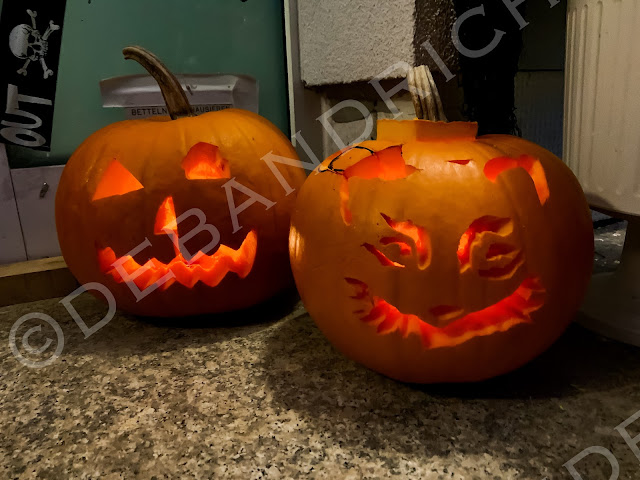 Clarissa dressed up as Enola Holmes and the teen as a character from Bob's Burgers (I've never watched that show, so IDK). 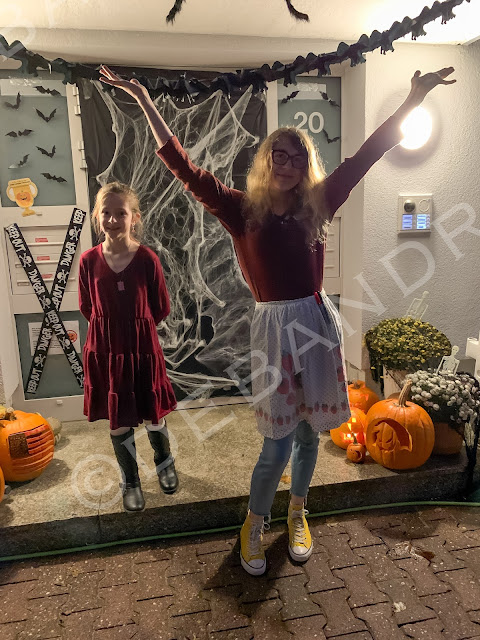 I took a couple day trips (more on those later). The teen turned 17! Can you believe it! 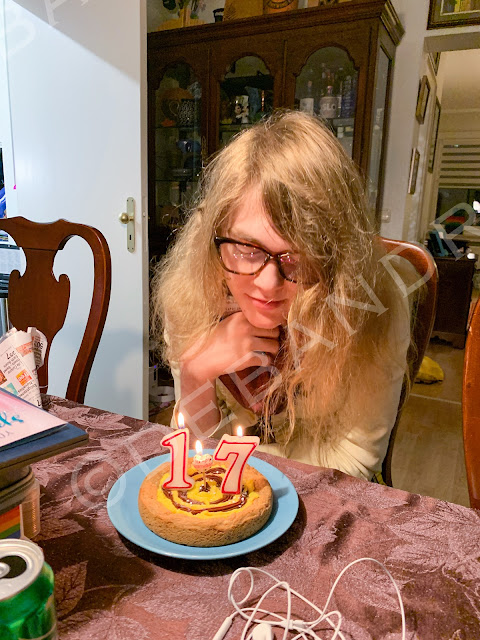 My birthday came and went. We all went out to eat one Friday evening at a little Italian place up the street to celebrate everyone's birthdays. We celebrated Thanksgiving. We invited a friend of ours from the hood over....we knew her back when we lived in Tbilisi......(start singing "It's a small world after all......") 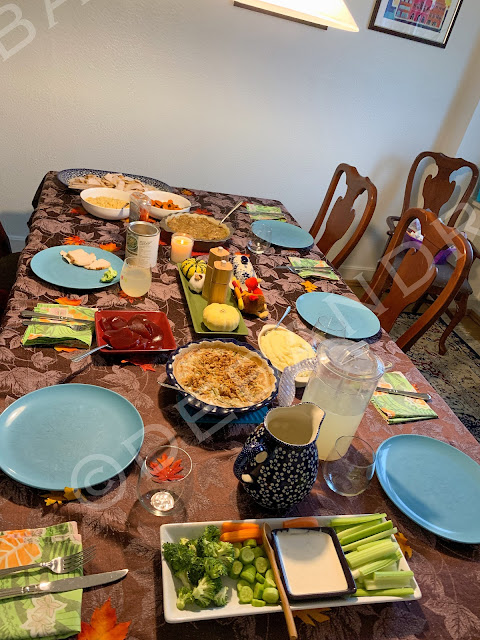 As you can see, already putting some of that Polish pottery to use! Then it was time for Christmas and Christmas markets.....so stayed tuned :)
Posted by Deb at 7:30 AM