In the beginning of November, I took another CLO trip to Burg Eltz..a.k.a Eltz Castle. (fun fact: Schloss, Burg, Festung, Kastell, and Turm are all German words for Castle). Burg Eltz is about a two hour drive from our place. 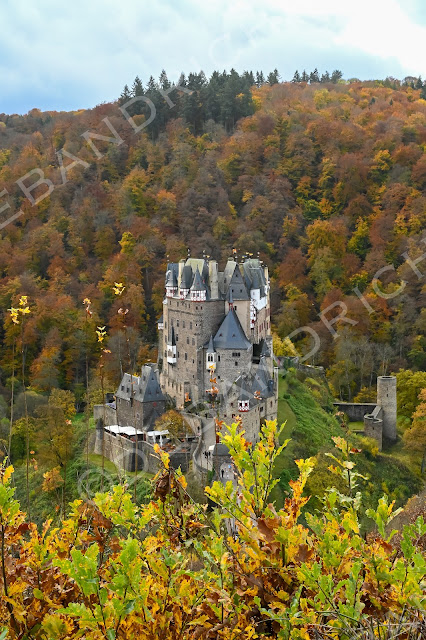 Burg Eltz is located in Eltz forest. You park near a little chapel and then can either take a shuttle (for a couple €) or walk DOWN to the castle. 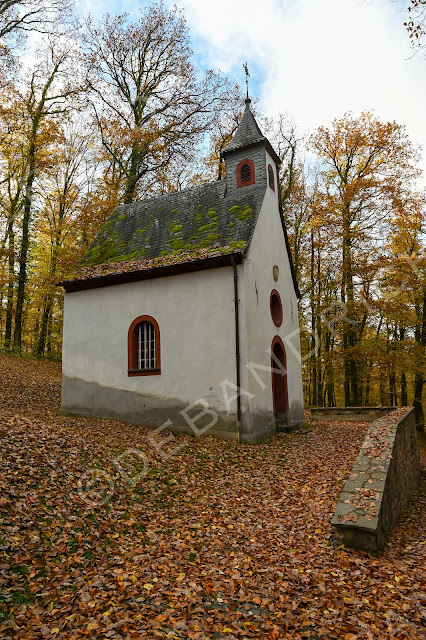 There are easy to follow signs directing you in the right direction. Normally you think of castles as towering high up on the tallest hill and being seen from miles away. Burg Eltz is tucked away and hidden in the forest. 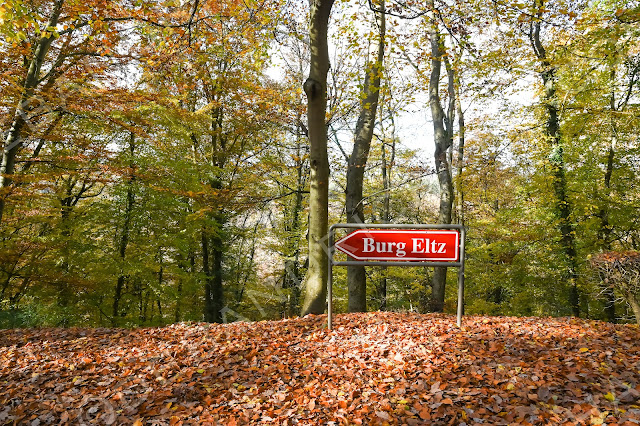 As you walk down, there are several look out points to enjoy the view of the castle. Here you can see the small river that runs around the base of the castle. 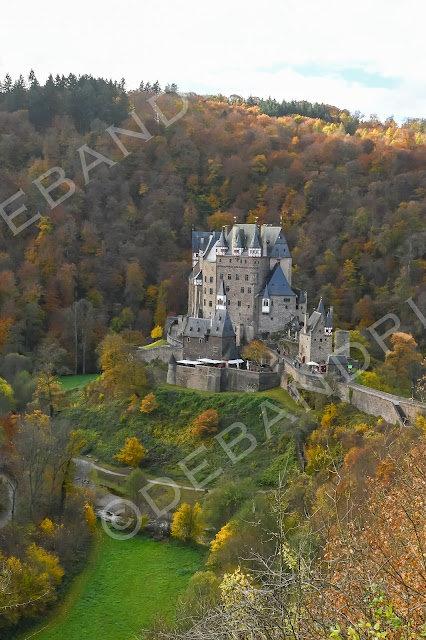 With C-19, they were limiting the number of visitors and had entry times. So we loitered around on the bridge until it was our entry time. 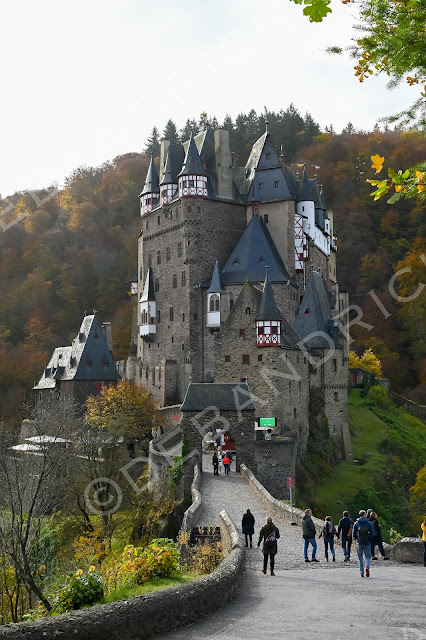 So naturally, one wanders around and takes some pictures...lol. 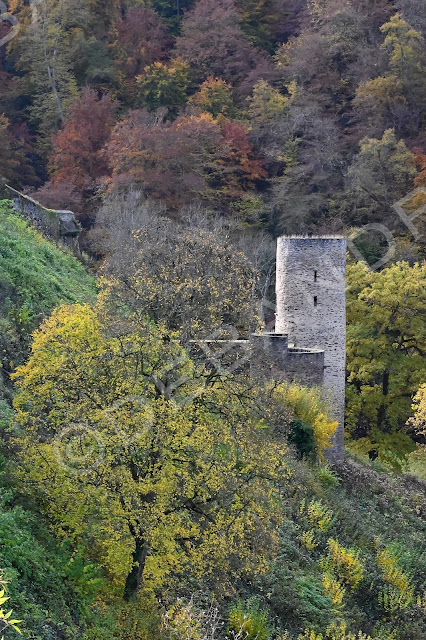 The stone bridge was built by hand, very cool that for something ~865 years old it looks this good. Rudolf von Eltz signed the deed in 1157 and ever since then that family has been continuously inhabiting the castle! 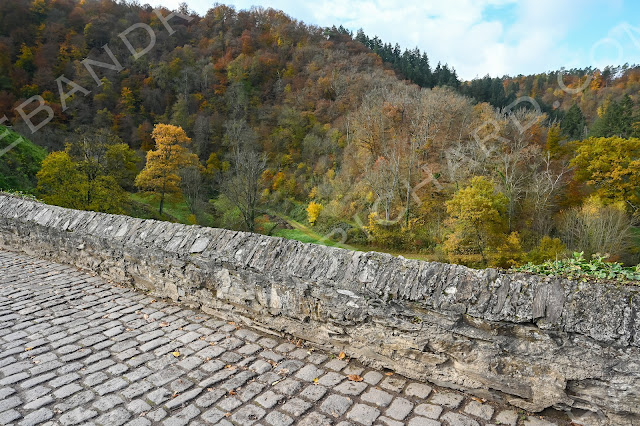 So the castle's location, in a valley (and on a rock....you'll see soon), has allowed it to remain unscathed through many wars in the area. 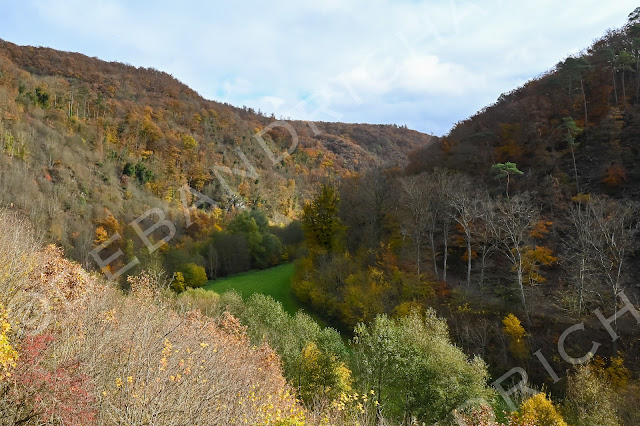 The foundation was built right into the rock. Apparently some windows and such are at odd angles to maximize winds. 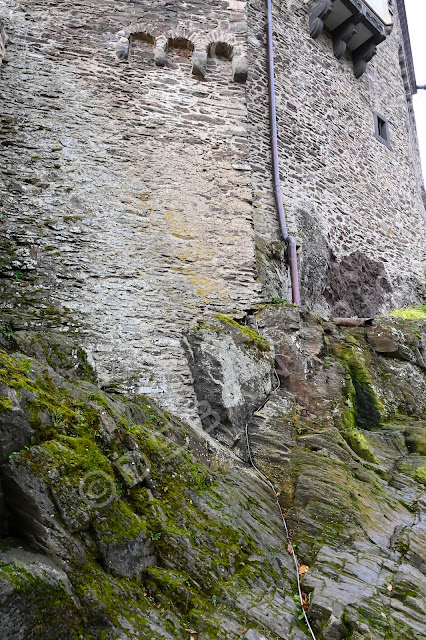 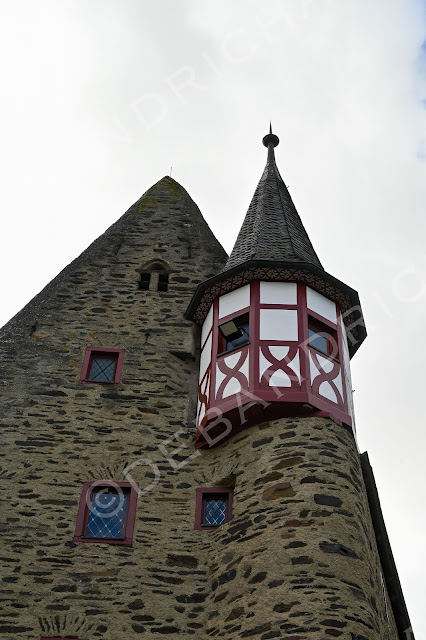 At some point during the tour inside, we could look into a similiar little room jutting out the side. It is a chapel attached to a bedroom. The purpose for it being 'outside' the house is that nothing can be above God and so you could not build another floor above the chapel, but since it has its own roof nothing is above God. 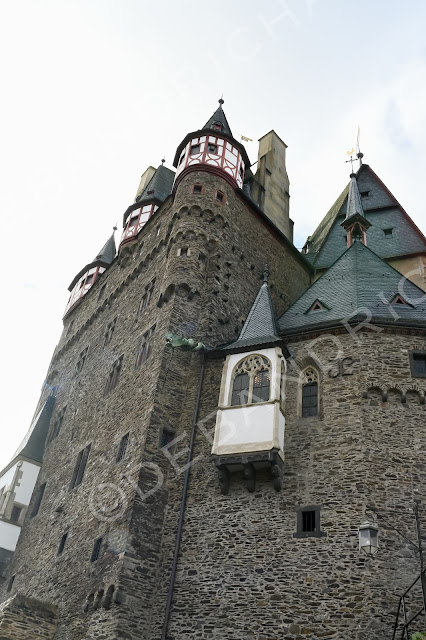 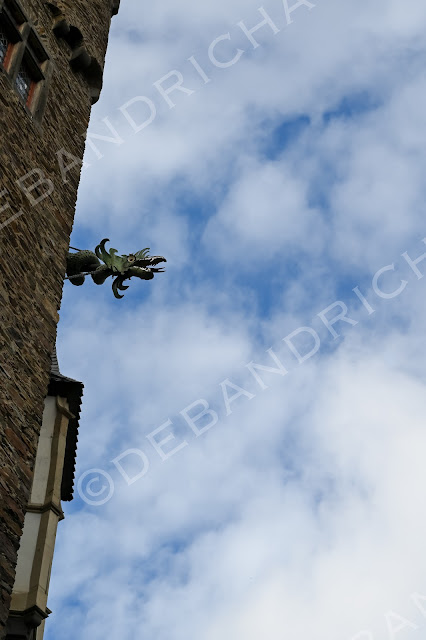 Going into the castle courtyard, I may or may not have been picturing knights of yesteryear (Hollywood style) charging at it. 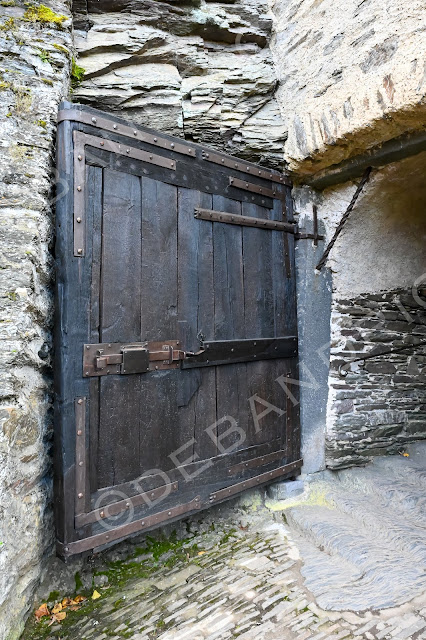 Sometime before 1268, the castle was divided between three brothers. Their respective families and heirs lived in essentially their own castles. So Burg Eltz is three castles in one! Each castle had its own crests and color palette. We saw two of the three (the other is still being lived in). At some point, two of the lines ran out of heirs/the other line bought them out. So only one family now owns the castle. 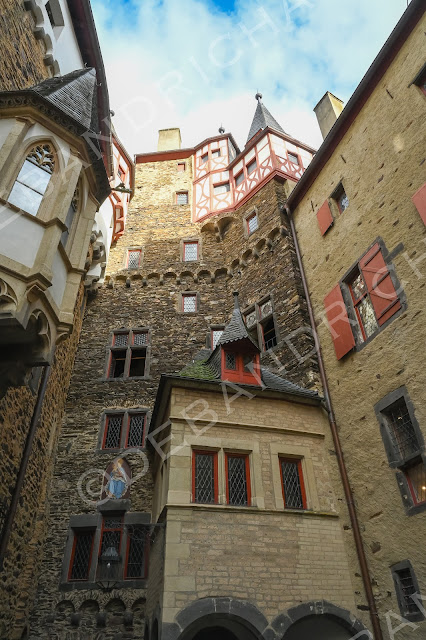 Obviously, being privately own, I couldn't take any photos on the inside. They had all kinds of historical things you always wonder was that real or just a made up Hollywood thing from movies of the middle ages. The kitchen was pretty interesting, surprisingly modern for an ancient building - even had water taps over the stone sinks bringing water from the river surrounding it. I learned that heating a stone castle was quite expensive and most castles were quite cold in the winter with only a room or two used. Therefore, the more fireplaces a castle had the more wealth a family had......there was a lot of wealth!! 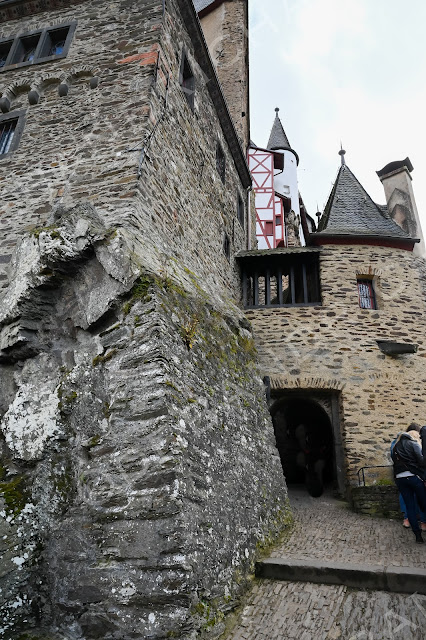 Afterwards, we had lunch at one of the two cafes on site. Then had some time to explore the grounds and hike/enjoy the last bit of the fall leaves. 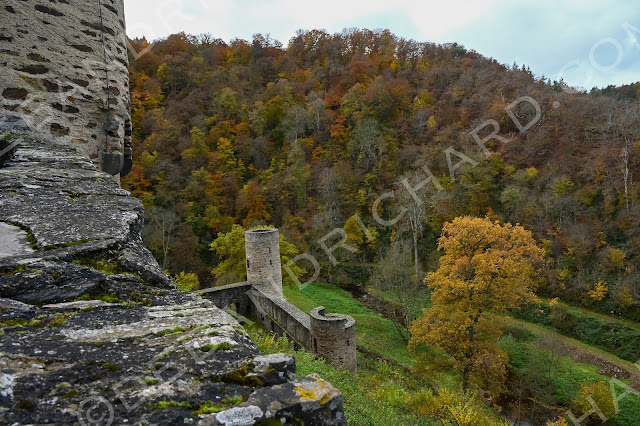 The castle was closing for winter at the beginning of November and just reopened at the start of April. So if you are in the area during the warmer months of the year, I recommend checking it out! 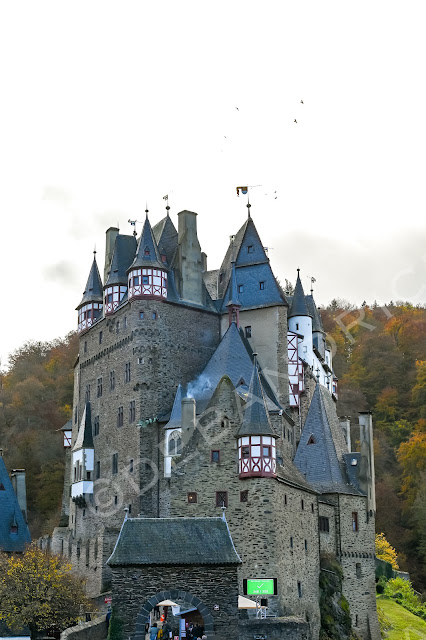