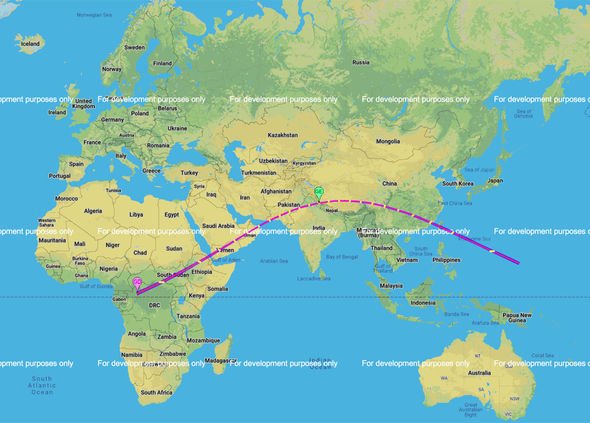 I wasn't sure if we would be able to see it as we are not in Oman (which it goes over) but we are close. As I was doing the dishes this morning, I noticed it was oddly dark outside for early in the morning. Didn't think much of it, thinking I had missed the eclipse as I thought it had happened the day before. Then I went up to check my email and looked at the sun for a bit (mistake #2?) and was all, yeah that looks a little weird. So I googled the hours for the eclipse over Doha....sure enough....the oddly dark must have been the peak at 8:30! It was now 8:45 and so I quickly googled an easy eclipse viewer and called Clarissa. We made a pin hole viewer with some craft supplies. 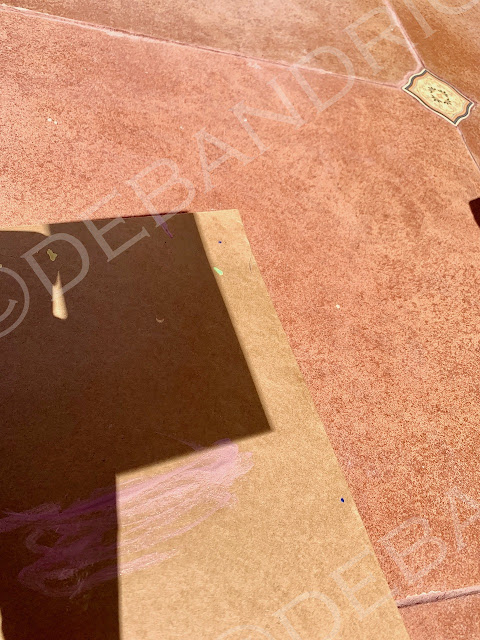 It worked! The paint splatters on the card board I grabbed almost make a little smiley face with the moon shadow! 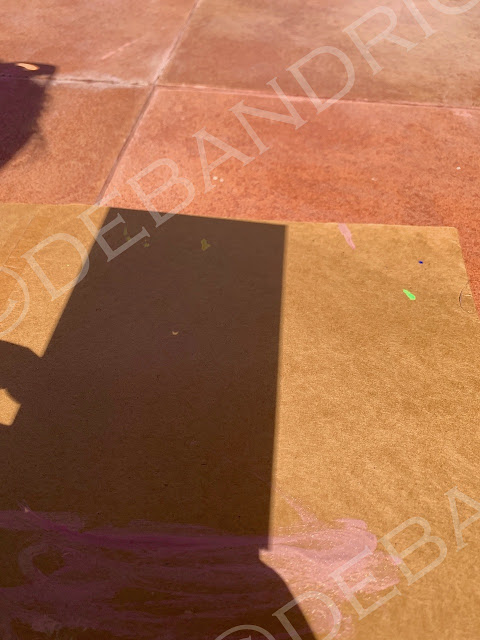 After our pin hole viewer, I pointed my phone up and without looking tried to take a couple photos. Darkening them doesn't really do much to glare of the fire ball of the sun (may have during the full coverage moment), but there is a moon shaped shadow/light beam to the side. Which is cool! 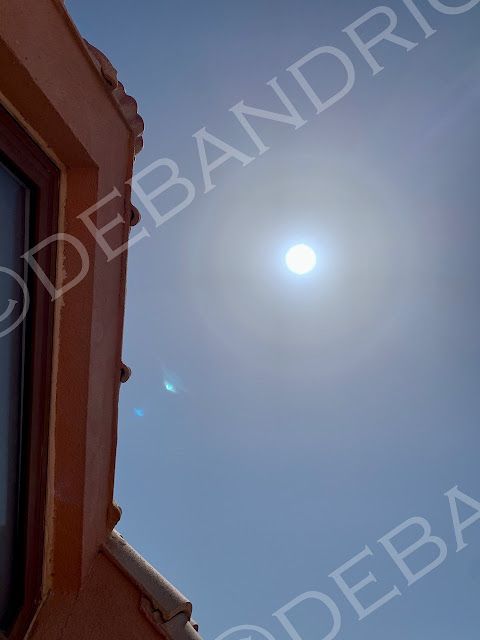 So that was our Sunday Summer Solstice Solar Eclipse fun!
Posted by Deb at 12:31 PM