The arrival of our tween

So back in February, Clarissa asked if she could have her birthday sleepover party early. I said no, your birthday isn't until April. Then COVID-19 happened and everything got shut down! Clarissa kindly pointed out, I should have let her do her sleepover party back in February....touché little grasshopper! So how does one make a birthday special during a time of social distancing and only in person interactions are with your family?!? Well....I finally made the birthday bunting to decorate with and the previously mentioned fabric gift bags. 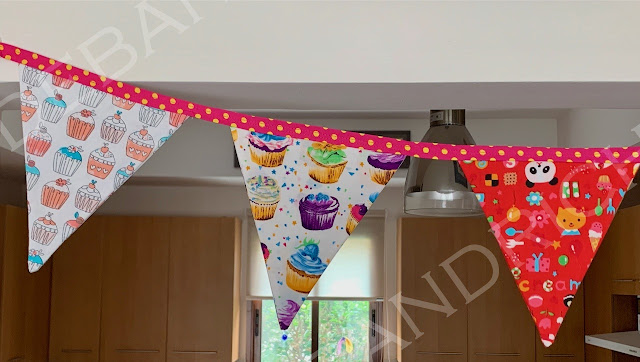 I had to tell someone I counted how many times I wrapped the ribbon around the bags to prevent them from sneaking a peek! 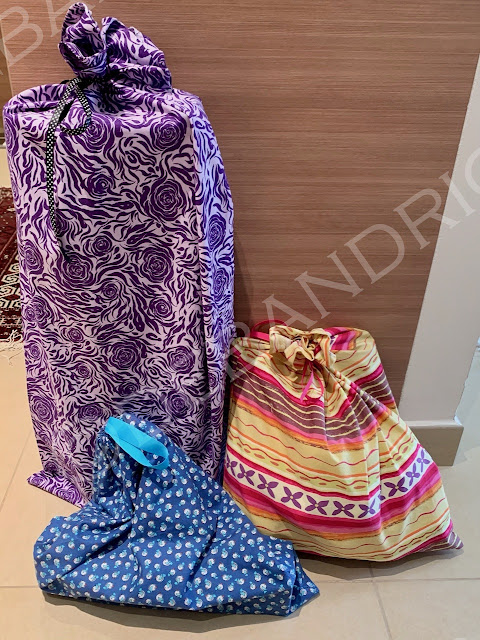 A couple days before her birthday, I sent out an invite to her class, scout troop, and some other friends she plays with in the neighborhood. 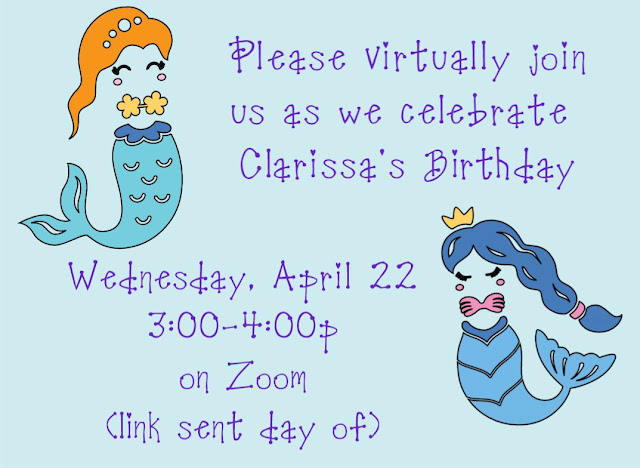 The googles suggested we "play games" and deliver activity kits of things to do together during the party. Well most compounds (including ours) are shut down to visitors, so logistically delivering activity kits wasn't going to happen. There wasn't really any suggestions of games either....so brainstorming I did. I then gave Clarissa my ideas....one was thumbs down (no dance party with music) and two were given the okay (mermaid names, emoji game)....so I thought some more....and came up with a drawing game...got another thumbs up. So while there wasn't a lot of decorating, food prep, and clean up....there was other prep I had to do!

So first up, was the Mermaid Name activity. So I made this mermaid naming guide. There are bunch online. Clarissa and I chose the names we liked from different ones, made up some of our own names, and put it all together. As people came onto the zoom call, they could change their display name to the mermaid name. Since there are a few boys in her class, we also include a merman name one (but since I didn't make it, I'm not going to post it, you can find it here). I also posted this on Instagram/Facebook with a message to reply back with your mermaid name. We've had a ton of fun reading the mermaid names of family and friends. Clarissa thought all the name combinations were so pretty! 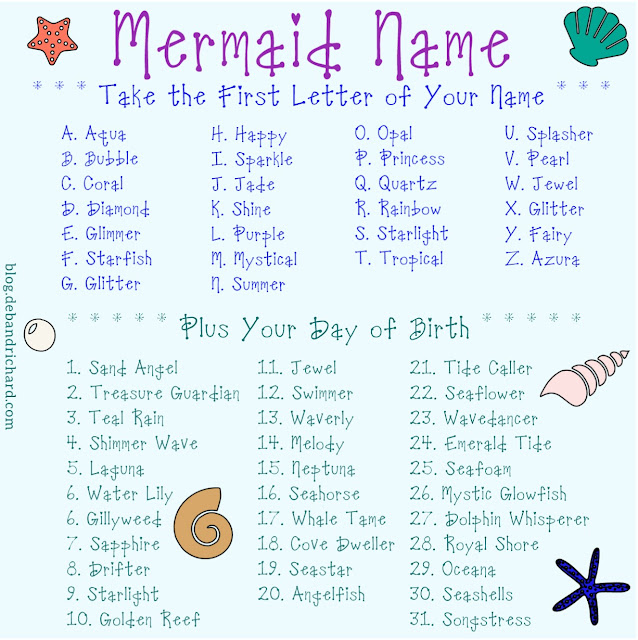 Once most everyone had said hi/their name had been updated, we played an emoji game. So I did a 'share my screen' and started a powerpoint. I would pop up an emoji combo like this 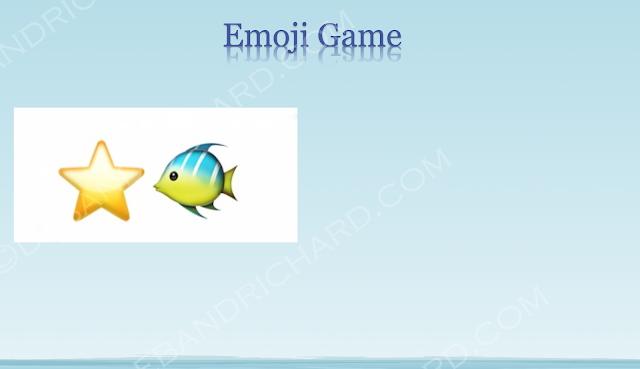 Then once we heard a bunch of kids yelling 'starfish', I would click the answer. Then move onto the next one....want to quiz yourself?!? I'll make a separate blog post with the whole game (because what else do we have going on right now?!?!?). I also know my dad really enjoys mind games like this....so I hope he gets a kick out of it, since I know he's one of our readers!!

After the Emoji game we did a drawing game. When I sent the zoom link to everyone, I asked them to bring their dry erase board/marker or a pen/paper. So while I know there are online games that can be played that everyone draws/guesses. Logistically, that was too much with a bunch of 8-10 year olds! So I made a list of words before hand. I put everyone one on gallery view. I would have Clarissa leave the room/close her eyes. Then I would show everyone the word. They would all draw the word and Clarissa would have to guess based on everyone's drawings. There was only a couple words that stumped her. 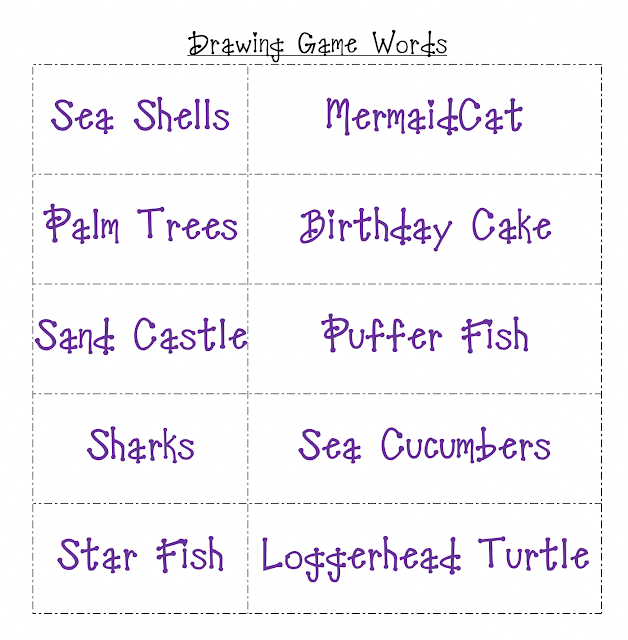 Afterwards, one of the mom's from the class messaged me and said she loved the games and thought they were great. The kids were all laughing and participating. So I would go with a win! The only hiccup was I overestimated how long things would take....so we finished a bit sooner than planned. It's hard keeping a party momentum going in person...FYI....even harder on a zoom call...lol...we had a decent turn out too! 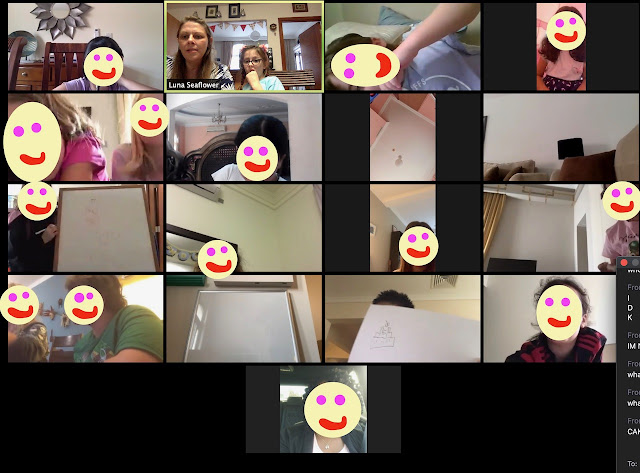 The last drawing word was Birthday Cake.....so of course I pulled out one of the two cakes I had made. The kids all sang and Clarissa blew out the candles. Some kids left then and others stayed and chatted. There was a bit of a lull and then a few of the kids started playing Roblox together online...which was apparently amazing and they started discussing plans to do that everyday via zoom. So, I'd call it successful zoom party! 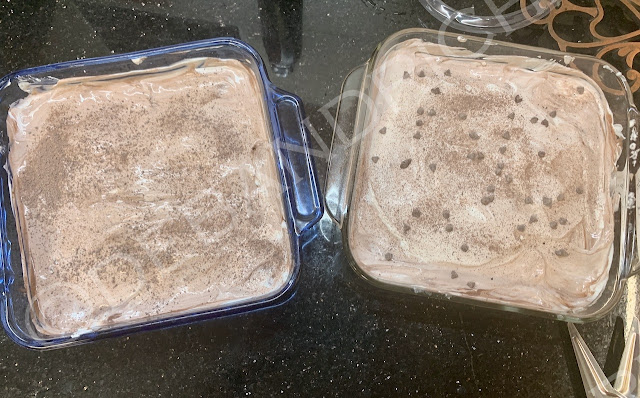 Clarissa had requested an ice cream cake....so I split the ingredients and made it in two pans....for both her birthday events! When Richard got home for work, we opted to open her family gifts as dinner was starting to cook. First up, grandma and grandpa's gift (who were actually on the telephone during the opening of their gift). 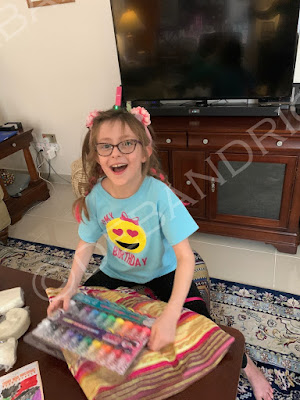 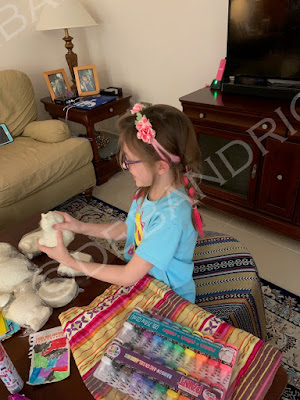 Per my suggestion. Someone loves painting and watching squishy make-over videos on YouTube (I don't understand it either)....I had actually put in the order to help out the grandparents prior to all the shutdowns associated with COVID-19...but this is actually the perfect gift as it something to work on that will take time....which we have A LOT of!! 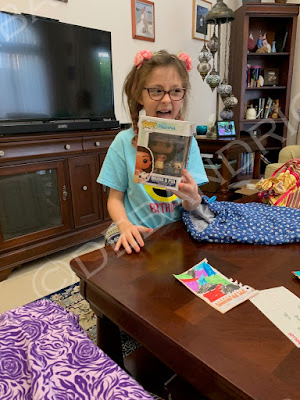 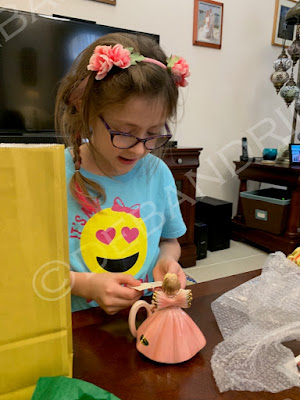 Next up, the teen got Clarissa a Moana Funko-Pop which she liked and then my hand-me down birthday angel. She loves to read the little poem each year that is attached to it. 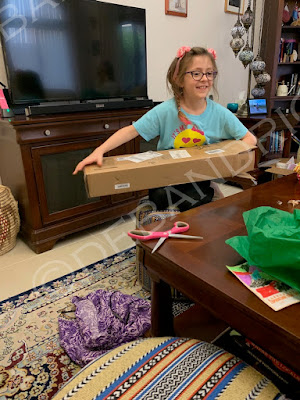 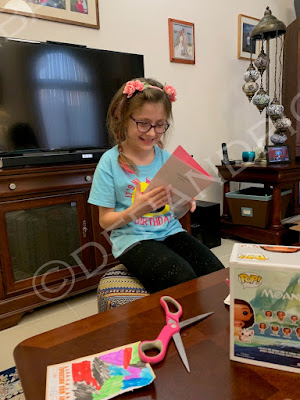 Then the giant gift, which she seemed to have forgotten about picking out the color for from Richard and I....her new scooter...which is perfect for playing outside with her friends....oh wait....ok, perfect for taking rides with mom and dad... Then the IOU for a shopping spree with Nana and Bajoo! (Clarissa had already FaceTimed with Nana & Bajoo mid-afternoon....this girl had a busy virtual social calendar on her birthday!). 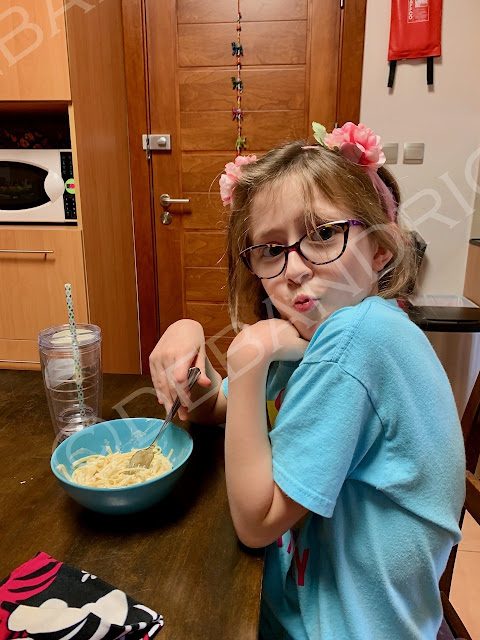 Clarissa requested my fettuccine alfredo (I have a really easy but light homemade sauce) for dinner. While I was finishing up dinner I set the zoom call with my sister-in-law....then a genius idea hit me....I did some sleuthing and sent an email. I got a quick response back. I got some sass at the table about having my phone out, but I said I was working on a surprise.....at 7 pm.....viola! 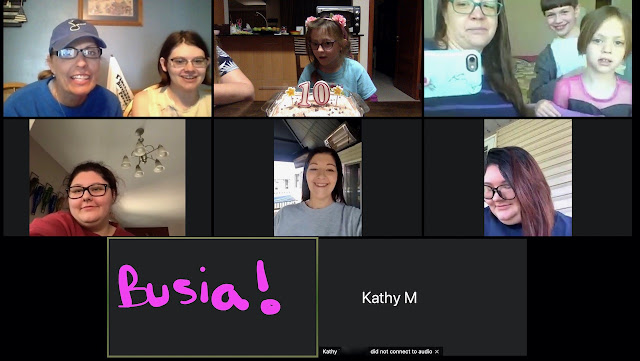 I got the whole gang on there....including Busia....Clarissa's 101 year old great grandmother!! The retirement community she lives in was wonderful at helping out (hence me checking my email and sending messages at dinner)! They didn't turn on video but she was able to see all of us...now that I think about it....it's probably because my cousin hasn't been able to get over there to do Busia's hair in a while...lol. I was going for it to be surprise for Clarissa, but I think it ended up making Busia's day. Since all the COVID-19 stuff has happened, understandably no visitors are allowed in and the residents stay in their individual apartments (no community dining/events). So she's been bored...so to see all our faces was great. So as you can see....they all sang happy birthday to Clarissa while she got her second cake of the day. 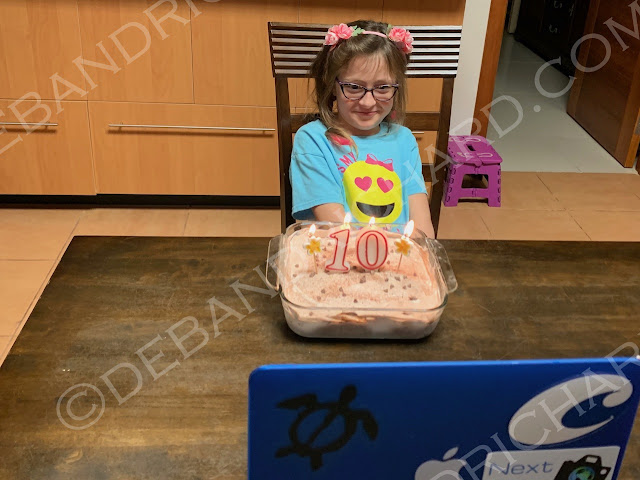 And for all of you at home....this is what Clarissa's view was of all the excitement! 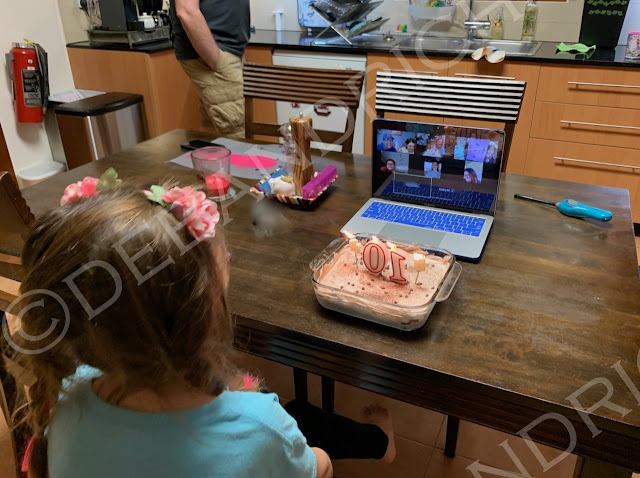 There was even some happy birthday signs from our zoom guests (IDK why my mouth was open...)!

So while not the sleepover she wanted...we made due and still had a fun birthday!
Posted by Deb at 7:32 PM

Email ThisBlogThis!Share to TwitterShare to FacebookShare to Pinterest
Labels: #20in20, Birthday, Clarissa