As mentioned in the Fall 2019 post, we went out to Banana Island for a fall break staycation. Richard ended up heading stateside for some training, so it was just the kids and I. We had originally planned to head out of the country, but sometimes being a hub city has its drawbacks. While waiting to see if Richard got into his class before booking anything, airfare just got too cost prohibitive to go anywhere. It was frustrating to see flights from NYC to Cyprus via Doha for ~$450/pp and the price of flights from Doha to Cyprus for ~$700/pp. For three people....and over two grand on just air fare tickets....just getting somewhere has blown a huge chunk of the trip budget. I remember we'd had fun on our day trip to Banana Island the previous year, so on a whim I checked for deals. I lucked out and they were running specials! We had a couple days left to decide and we booked our staycation. 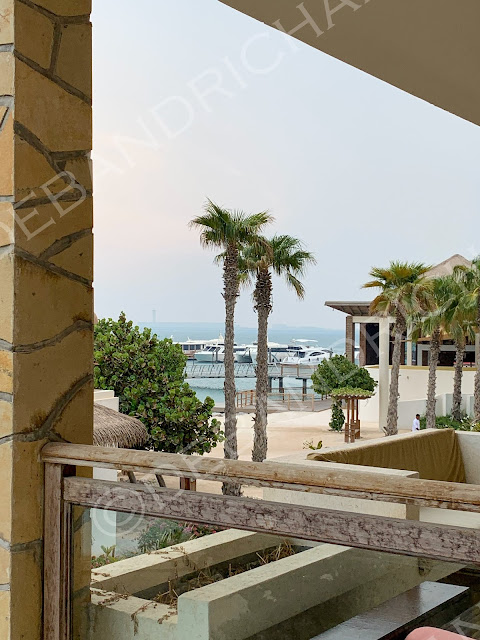 It's crazy how just a 30 minute boat ride makes you feel like you in a different place! We opted for a two night stay and timed it so the kids and I would be home the afternoon after the early morning Richard left for DC, so we avoided paying for Ms. IsaLei's boarding! The bathroom was super fancy...the teen reenacted some sort of creepy alien rebirth hatching scene in the bathtub.

We had some beach time the first afternoon, some of us got our vitamin sea and others did some drawings.... 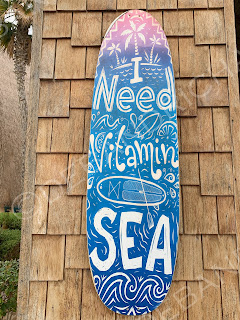 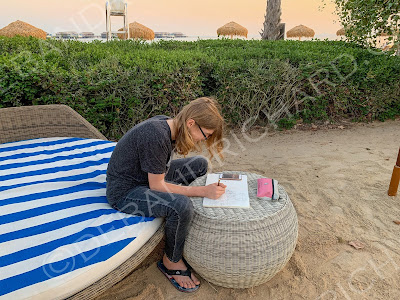 The next morning, Clarissa and I had a lovely breakfast (while the teen slept in)...someone decided to have fun with their hot chocolate and selfies while I was at the buffet...lol. 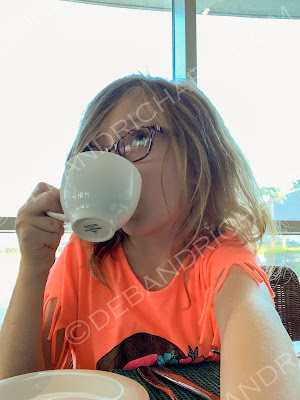 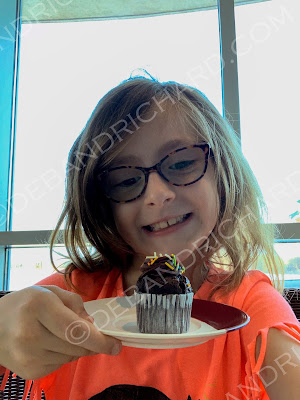 Of course, we picked up some just dropped frangipanis on our way back to our room. 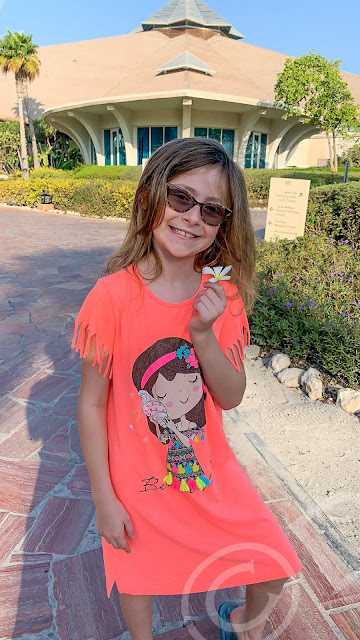 The teen was fighting a cold and couldn't go diving, so only I was able to do a shore dive. It was my first dive in Qatar. It ended up being just being me and the dive master. We saw 'Hammour' the local name for a grouper (the googles says brown spotted reef cod (Epinephelus chlorostigma), also known as brown spotted grouper). 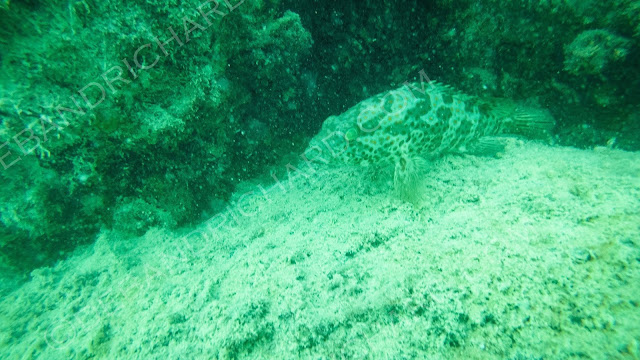 One of the coolest things we saw were some nudibranches! Chromodoris obsoleta to be exact. 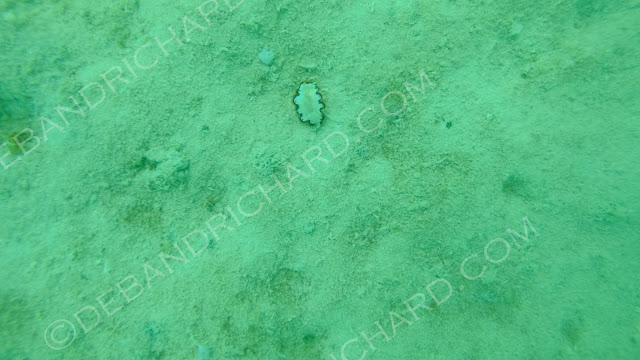 Apparently, Chromodoris obsoleta likes to cluster together here in Qatar, which is rare for nudibranchs. 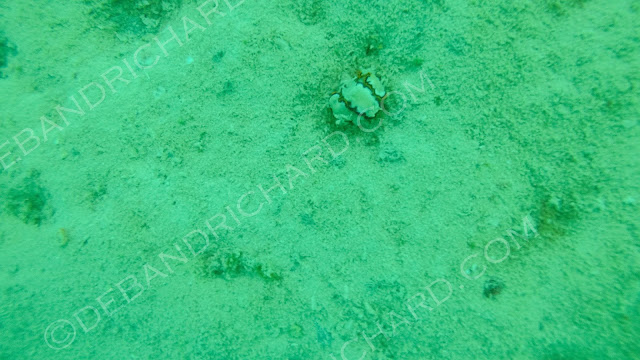 There were tons of Arabian angelfish (Pomacanthus asfur) that were quite friendly. 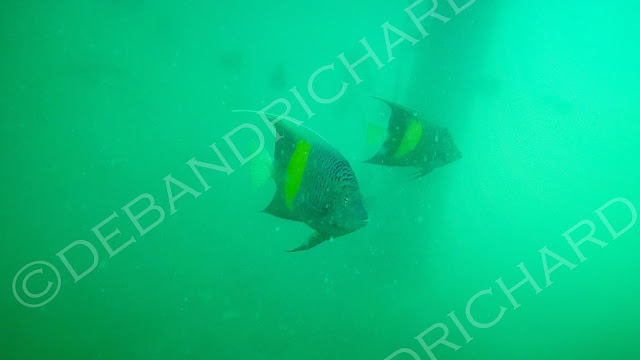 I used the GoPro on photo/video mode. As you can see it was not as clear as the Fijian waters we once snorkeled in....sigh. So the video isn't too great, but there were lots of close-ups. 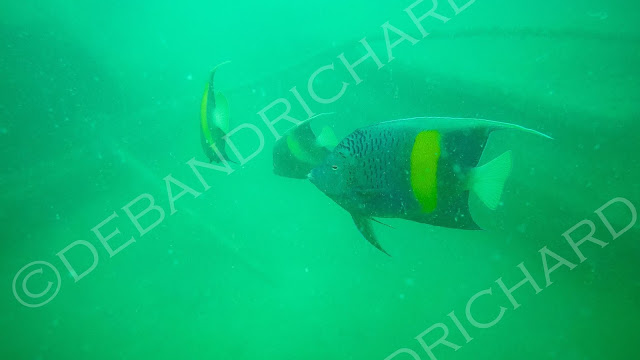 We even happened upon some juvenile Arabian angelfish (which looks much different). 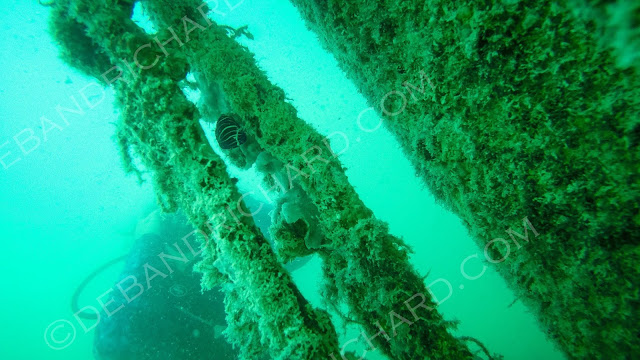 After the dive, I got the kids for some more beach time. We found some shells and part of a sea star washed up on the shore. We also found a big smack of jellyfish, which ended the swimming in the water fun. 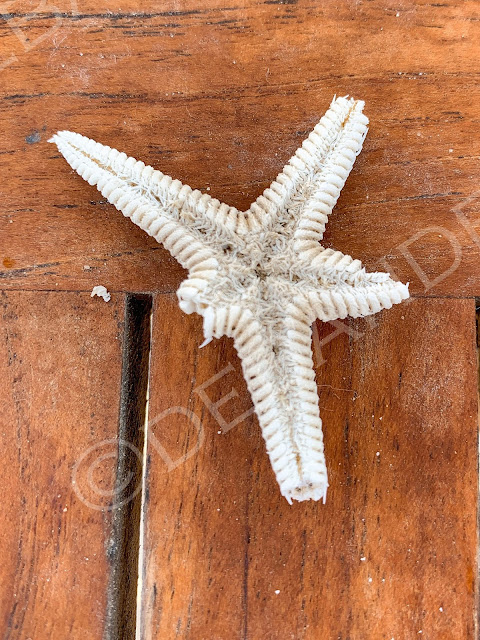 Clarissa did not enjoy the stings but the lifeguard stand had some antidote. We also happened upon an beachside ice cream stand! I think that helped the most with the stings. 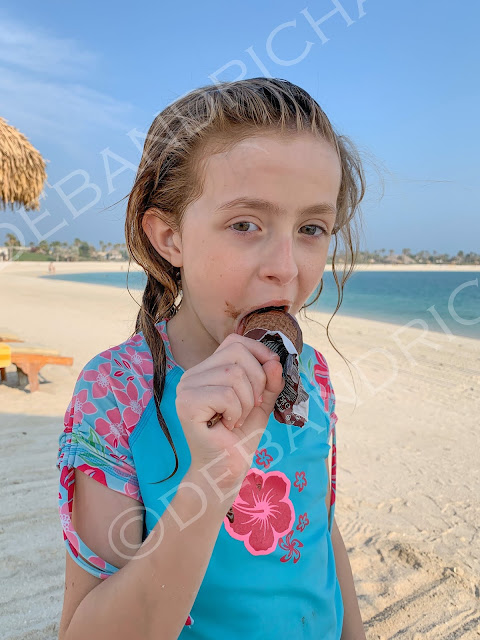 We got cleaned up and headed out for a yummy dinner, then we went bowling! I think it was the highlight of the getaway for Clarissa! 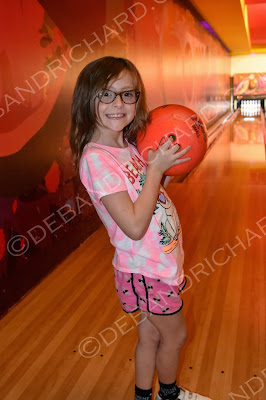 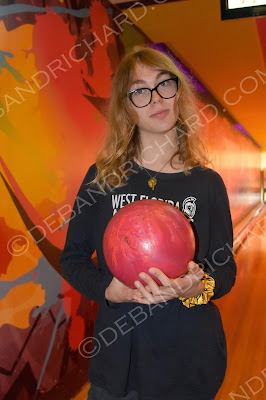 The lane was super high tech and started out with the kids having bumpers and mom not having bumpers (and I think there was other riggings because I was seriously losing until the kids went up and asked for me to get bumpers too). I normally don't do so horribly either! 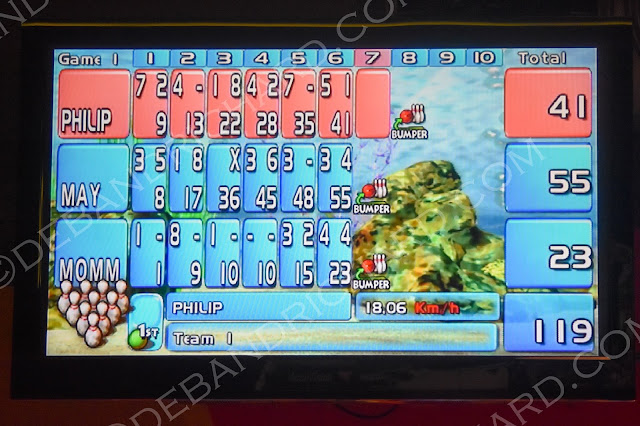 Much rejoicing when someone got a spare!! 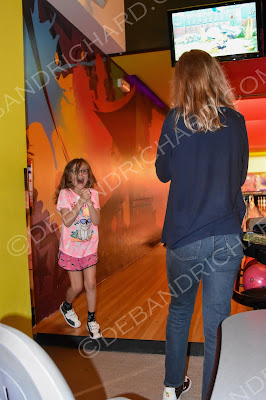 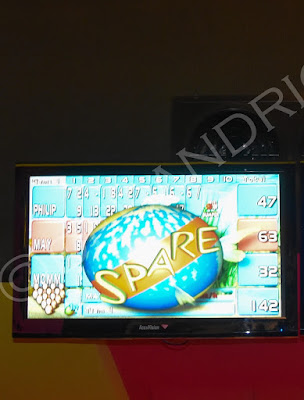 After our bowling, we played a bit of foosball, before calling it a night. 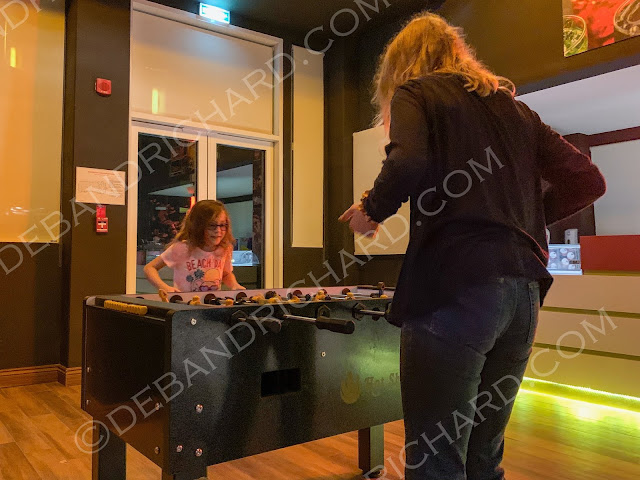 The next morning was another lovely sunny morning. We had breakfast, a bit of beach time, packed up, and took the ferry back to the Doha. 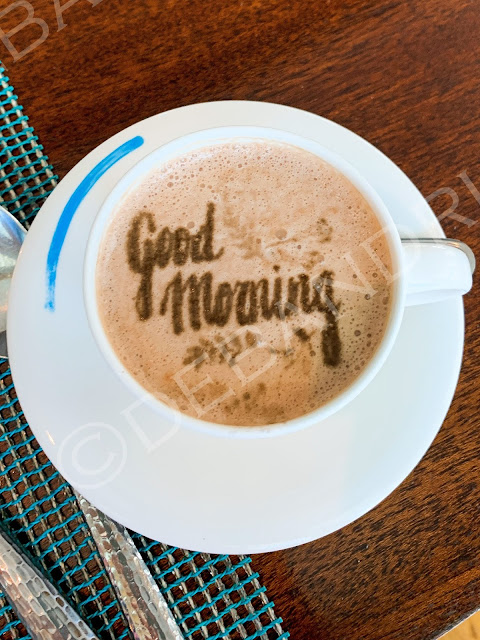 It wasn't the 'explore a new country' fall break trip we wanted, but it was a nice 'get out of the hustle and bustle of Doha' break we needed.