Our first fall here in Doha, one of our neighbors mentioned he goes birding in the desert, leaving around 5 am on weekends. I was busy with Girl Scouts, the holidays happened, and I never got around to contacting him (and I'm a night owl....5 am really isn't my jam). So I messaged him last fall and asked if he was going out when my in-laws were going to be here. Jim really enjoys the critters in his backyard and I thought he'd get a kick out seeing the birds around here. We ended up heading out on the last day of classes for the kids (and the day before our neighbor was wheels up as his company was moving him back to Texas - so it was one last hurrah for him). He took us out to someplace in the middle of the country (you know it's the middle of the country as you pass a power lines crossroads of sorts). 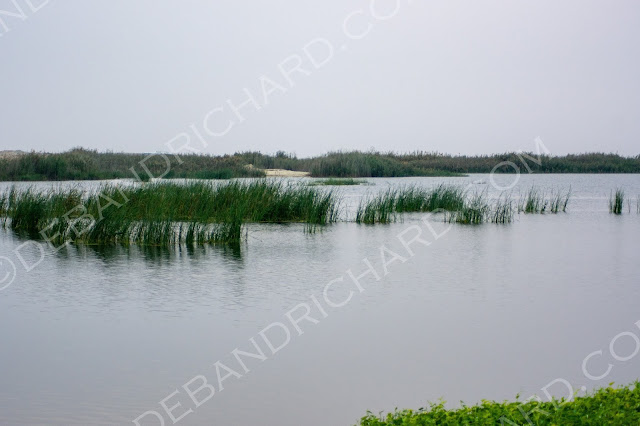 Our neighbor said the property was some sort of water treatment/holding ponds and that a neighboring farm grew some sort of feed grass and was doing lots of watering (with the treated water from the ponds). Needless to say, we weren't going to jump in and swim in the ponds (and there were plenty of signs warning us not to)! 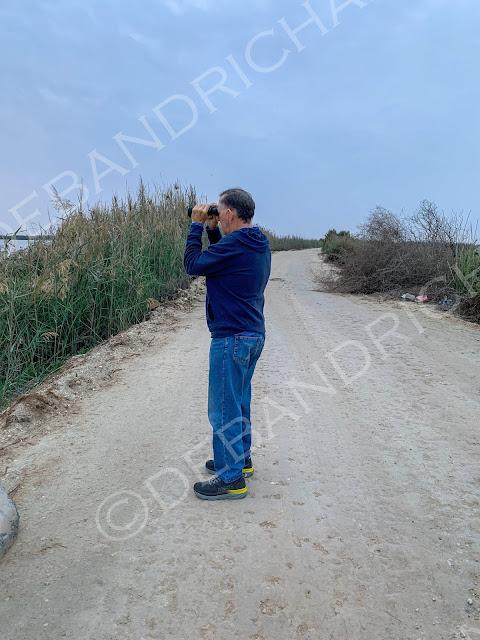 We saw a lot of white-eared bulbul (Pycnonotus leucotis). It was very overcast, so it was hard to get good photos. There were also a lot of doves mixed in with the bulbuls when we first arrived along some fencing. 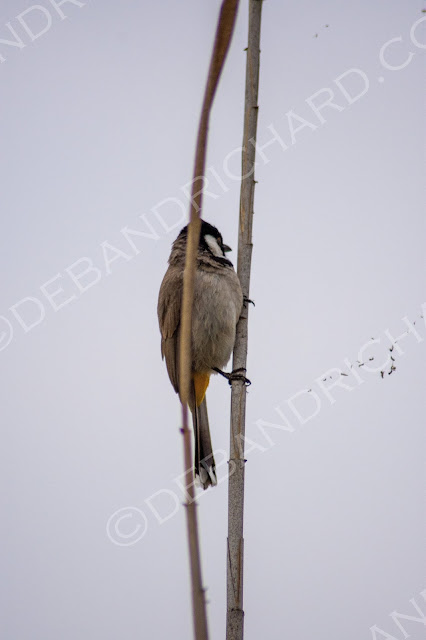 A cormorant flying overhead - either a Great cormorant or a Socotra cormorant - it's hard to tell from the photo. 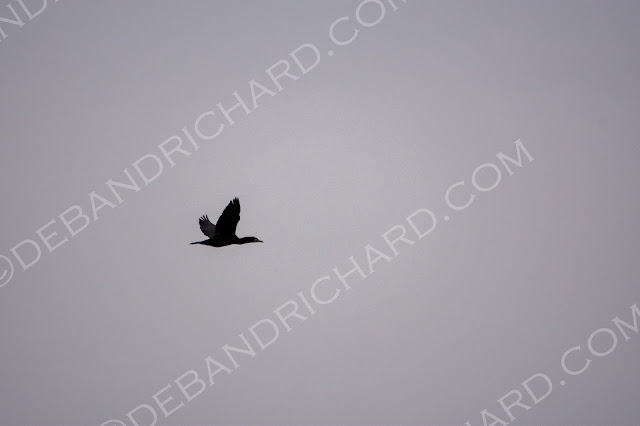 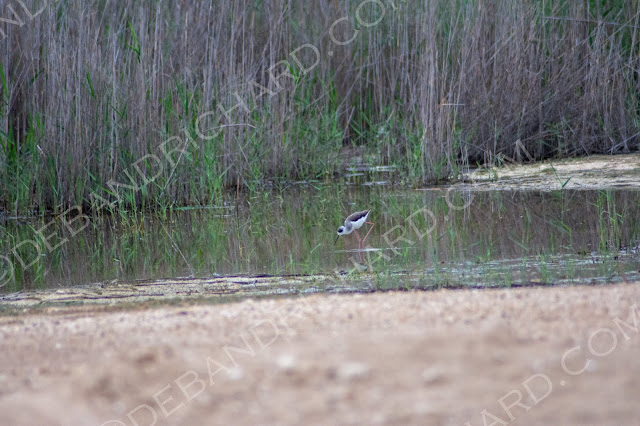 I think this is our same little common redshank flying off into the construction area. 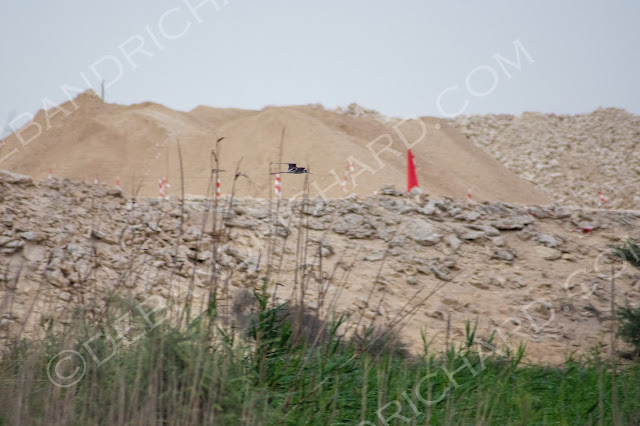 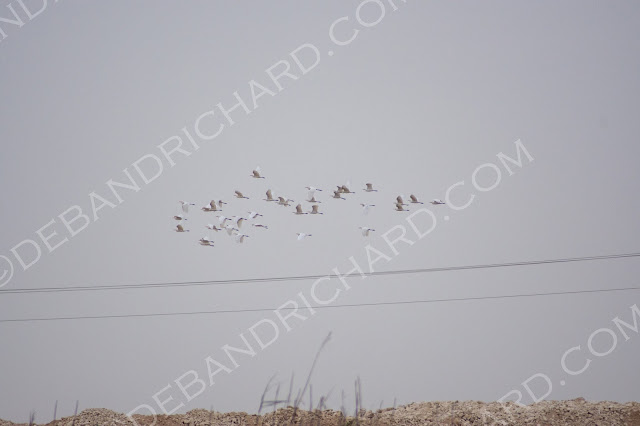 It was around here we saw a flamingo! It was flying overhead pretty quickly and I was not fast enough with the focus - so no picture. Our neighbor said that while flamingos typically flock, there is one "outcast" flamingo that is regularly seen solo in this holding pond area. We were lucky enough to catch a glimpse of it!

I think this is some sort of Old World flycatcher. 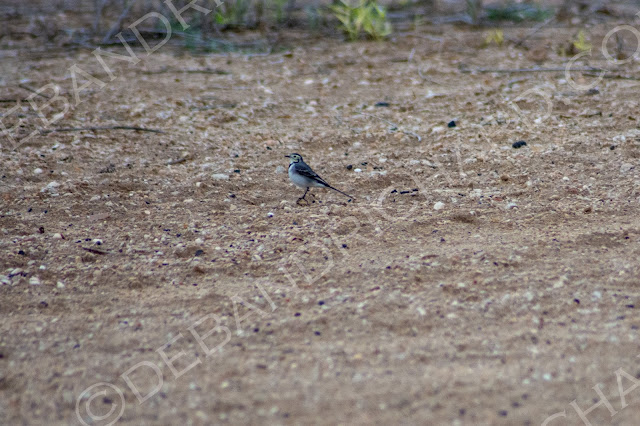 I just thought the landscape was cool. It's not all sand dunes forever, but there are bits of brush-like plants here and there. 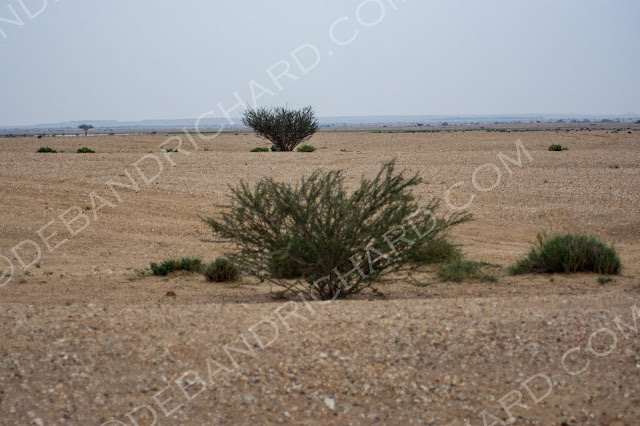 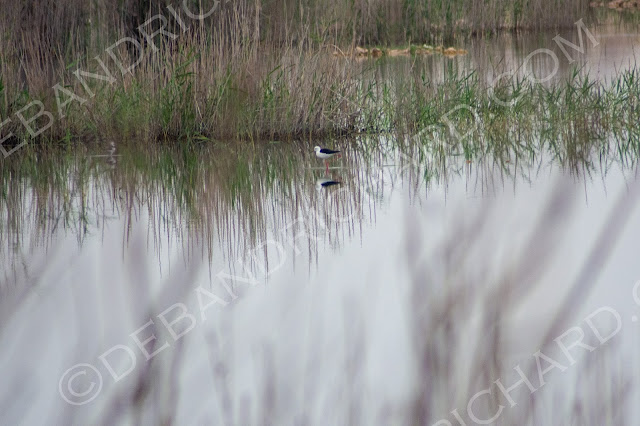 A whole flock of black-winged stilts. 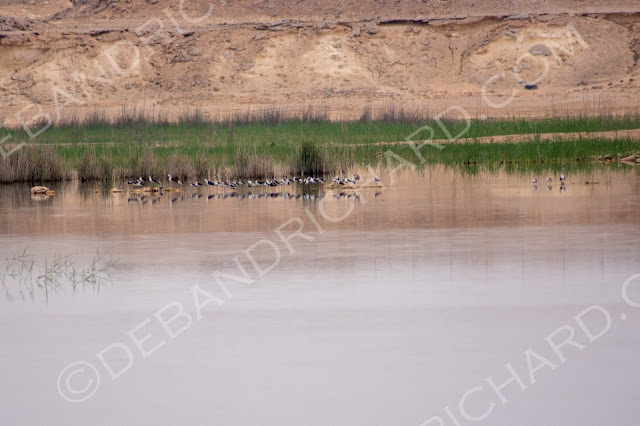 Cool tree in the middle of a pond. 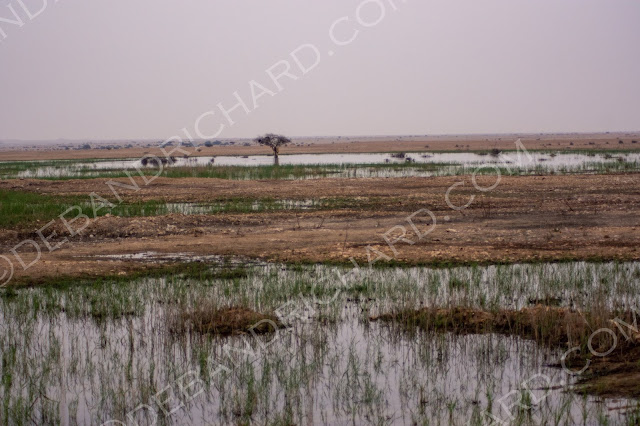 Some cattle egrets in a tree. 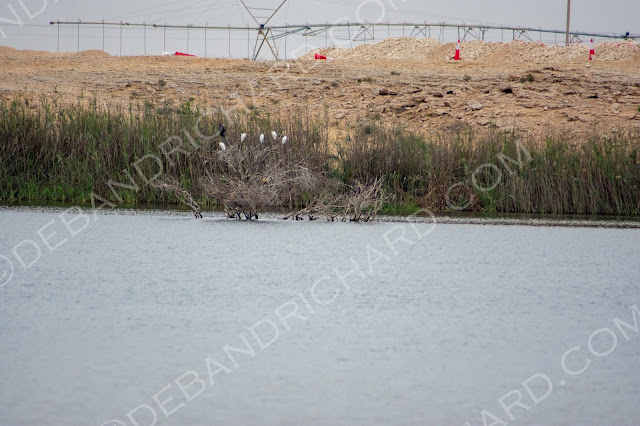 A crested lark (Galerida cristata). Our neighbor said these were easy to identify from their up/down flying behavior around the desert floor. 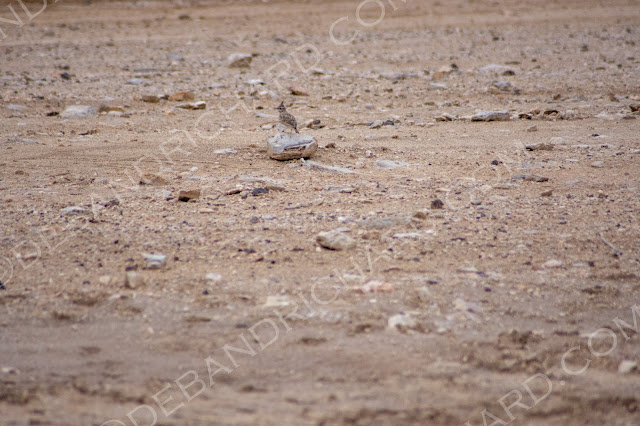 A flock of some black and white bird. 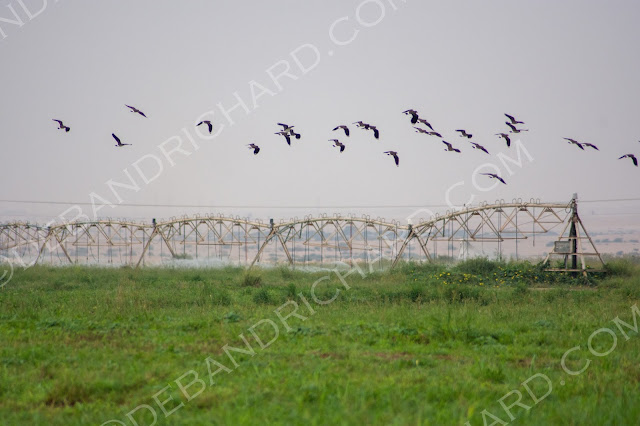 A flock of cattle egrets hanging out on the irrigation equipment. 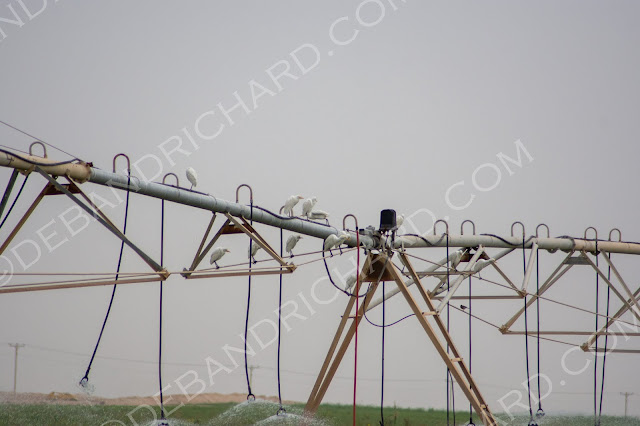 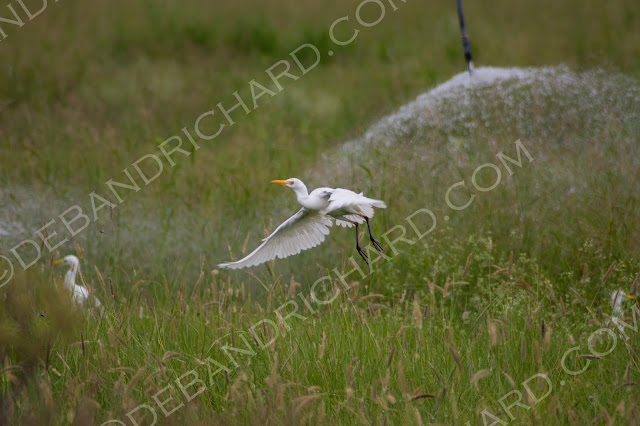 A small hawk/bird of prey. 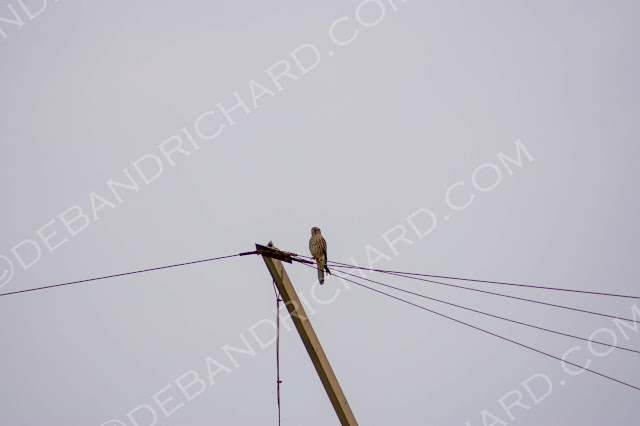 So, that was our morning. We got home and had breakfast with Ann and Richard! We saw a good variety of species. I know we saw a few more species than I got pictures of (ie - the flamingo, doves, there were some ducks in the first holding pond, etc). I hadn't realized this when planning it but even though Jim has had bird feeders and likes to identify the birds (and snakes) around his house, he had never gone birding before (majoring in Biology, this is frequent field trip for a lot of classes, so for shorebirds, I can typical identify general categories but we keep moving regions so species identification gets tough without ID books/the googles). Score two points for introducing Jim to new activity in a new country! Woohoo!
Posted by Deb at 2:09 PM