Forgive me....I forgot to mention something exciting that happened in Doha mid-January (in the middle of that whole gov't shutdown fun). Richard's boss of bosses - Secretary of State Mike Pompeo was in the Middle East visiting countries. Given, Qatar is in the Middle East; Pompeo visited Doha. We had the opportunity to meet him (this was actually our first chance to meet a Secretary of State - John Kerry visited Tbilisi a week or so after we had departed post, Suva wasn't much on the radar for big visits, so here we were third post - first visit). Note: if it doesn't have a watermark, the picture was shared from the Embassy.

Needing to hit the ground running, they were not all scrunched up in economy seats like us little folks fly. 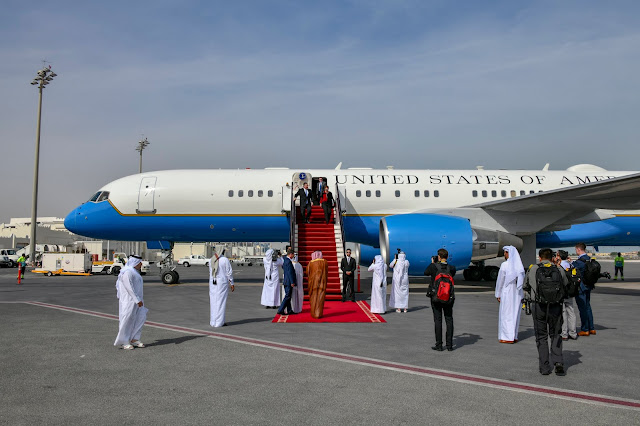 Sec. Pompeo was greeted by a local Qatari representative. 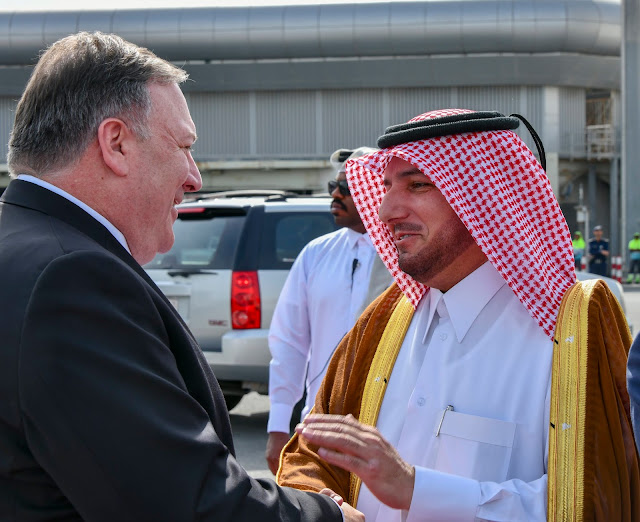 Off he headed for some meetings. 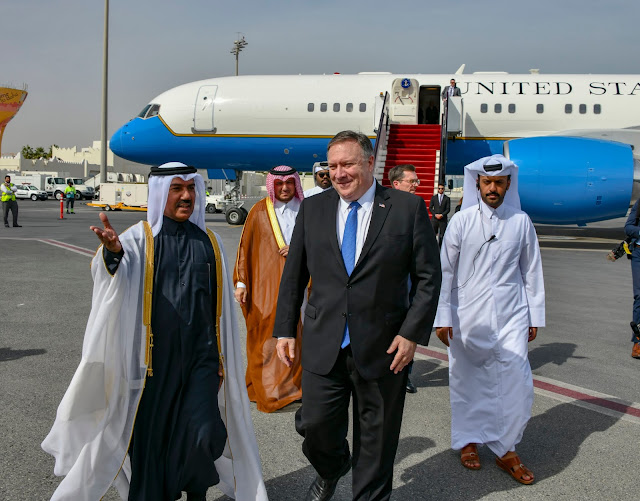 Sec. Pompeo's wife, Susan Pompeo had come along for the trip. She wanted to speak to EFMs (eligible family members) about life here at post. We had about an hour to chat, she asked a lot of questions, everyone had a chance to talk, and we all got a group photo after our talk. 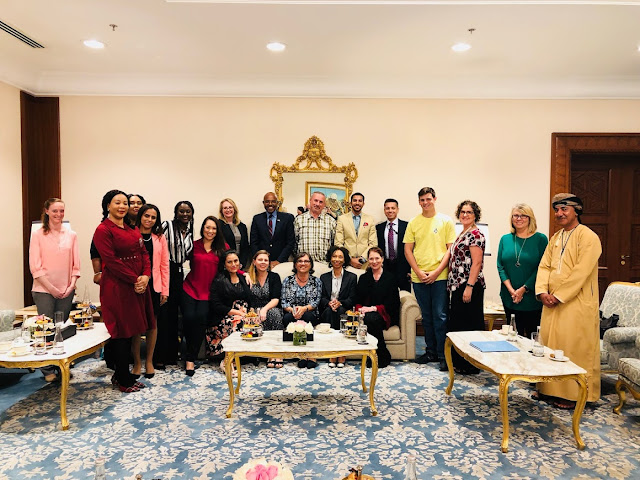 We then went to another meeting room where our other halfs/other employees were gathering. After a few minutes, Sec. Pompeo and Susan entered the room and were introduced by the Chargé D’Affaires, William Grant (until an Ambassador is assigned to the Embassy, Grant is filling in). 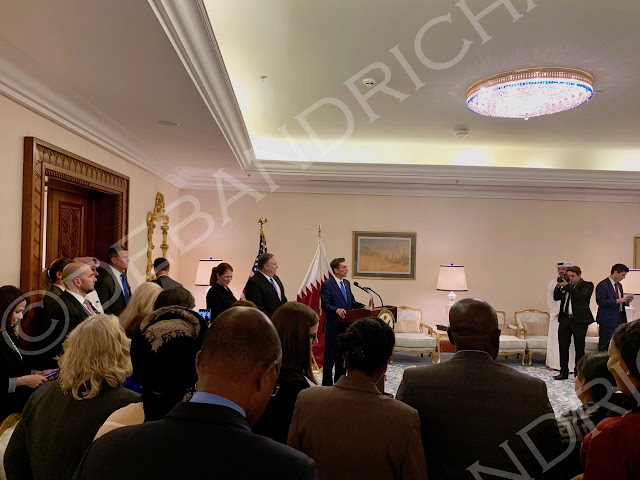 Sec. Pompeo made a few remarks, but then asked the group questions. 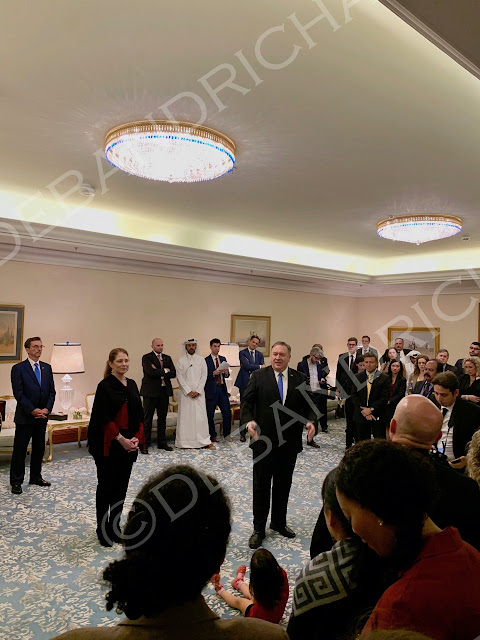 What did he say/ask? Here's a little video from his twitter page of him talking to us!


We then all posed for the obligatory group photo....can you find Richard and me? Mason & Clarissa did not come as it was a last minute change to invite kids and I would of had to run to school to grabbed them out of class early and Richard needed the car to do some work stuff with the airplane crew....so logistically it didn't work out. 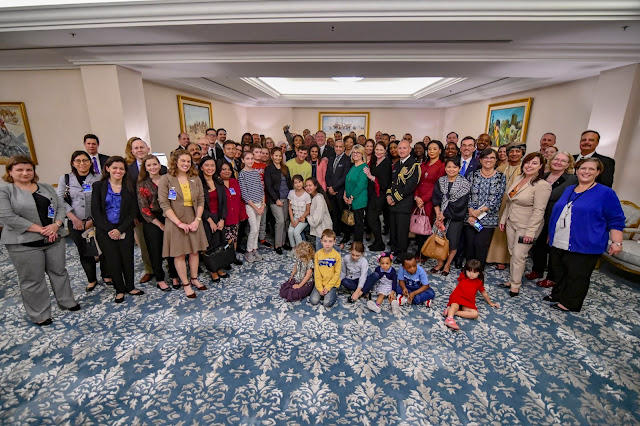 Afterwards, there was the chance for pictures/selfies. That part was a little crazy....but I did get these photos! 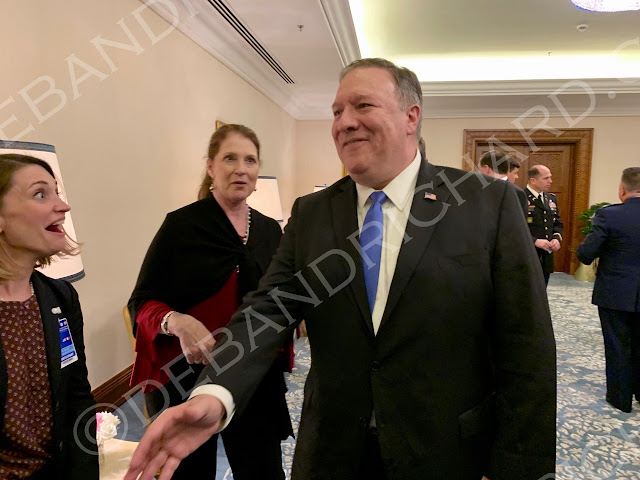 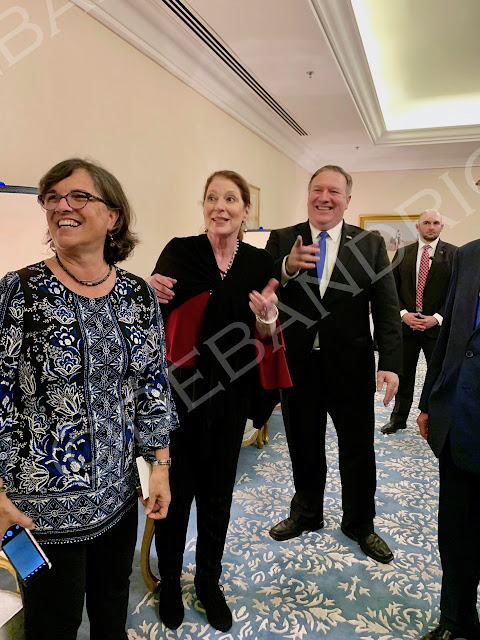 A friend and I opted to ask Susan for a photo (as we had just had a relatively intimate chat with her). 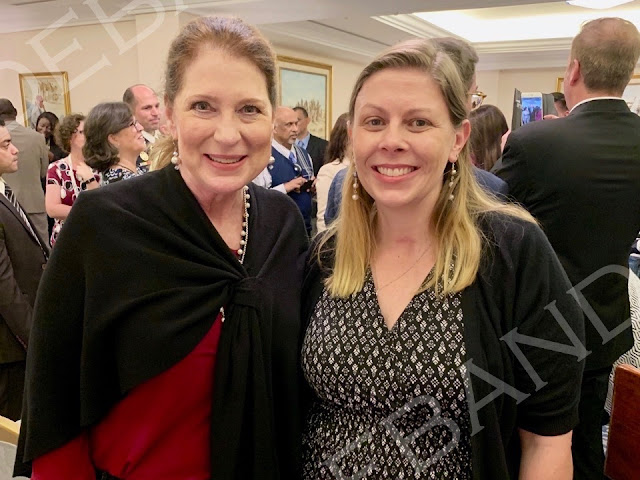 So we survived our first, VIP visit. If you go the Embassy's webpage, you can even see where Sec. Pompeo met Qatar's Emir!
Posted by Deb at 11:56 AM