Warning...proud Momma post....full of photos (for the grandparents of course).

So let me give you some background. Mason took to the water like a fish when I did swim "lessons" with him at 6 months and he never looked back. 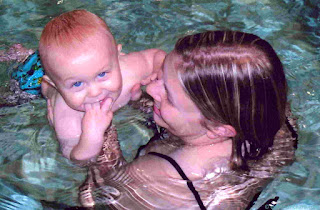 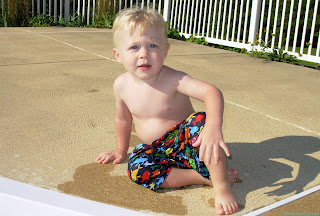 Clarissa on the other hand....totally different child, totally different attitude. You should of seen the stink-eye she gave the twins we took swim "lessons" with that dared to splash her with water (same age, same place). She happily played in the pool for years after that with many unsuccessful attempts to teach her to go underwater. She is very strong-willed and was not going to do that until she was ready. Right before arriving in Fiji, we did some private lessons at a new place in Charleston during our home leave and she finally went underwater and discovered that we were telling her the truth about how much fun it was and in the last 15 months she has really taken off.

Since Week 3 this term, for 2 week stretches each class has been doing swimming for part of their PE. For Clarissa's grade, during their weeks on Monday - Thursday she went to school in her swimsuit. As soon as school started they loaded into the bus and drove to the pool did swimming and then were back to school to put on uniforms by morning tea. We think this is a real great thing and every school should do swimming lessons....it really is an important skill to have. As last week finished up the swim lessons, this week they celebrated with a swim carnival! 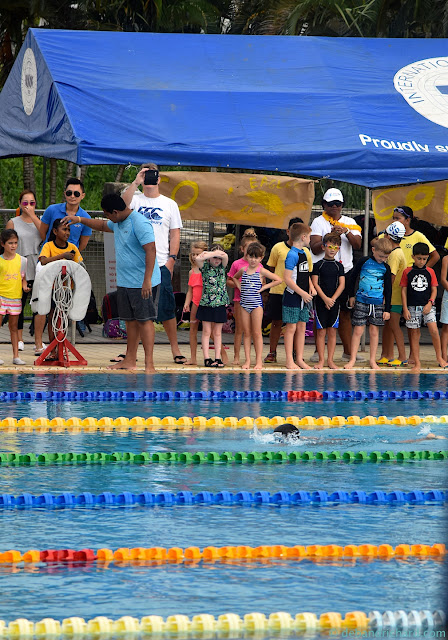 Cheering on the Eagle's during the first race (her house). A couple weeks ago, we filled out a form selecting our child's swim level (1-4) and then selected two races for them to compete in. Level 1 is for beginners so they included things like a noodle race race and kickboard race. Level 2 was for slightly stronger racers and included a kickboard race as well as freestyle and backstroke both only 25 meters. (Levels 3 & 4 also included the butterfly and breaststroke at 25, 50 and 100 meter distances). I signed Clarissa up for Level 2 kickboard and freestyle 25 meter races. 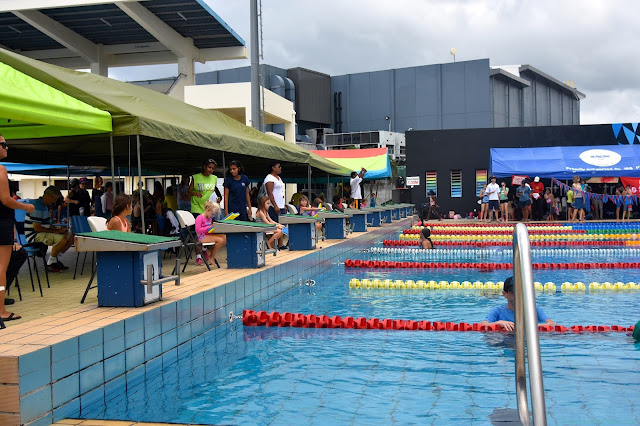 All lined up, while the racing portion ran 9:00 - 12:30ish, it was relatively timely and efficient. Each kid had two races so there was a bit of boredom when it wasn't your turn hanging out under your house tent. 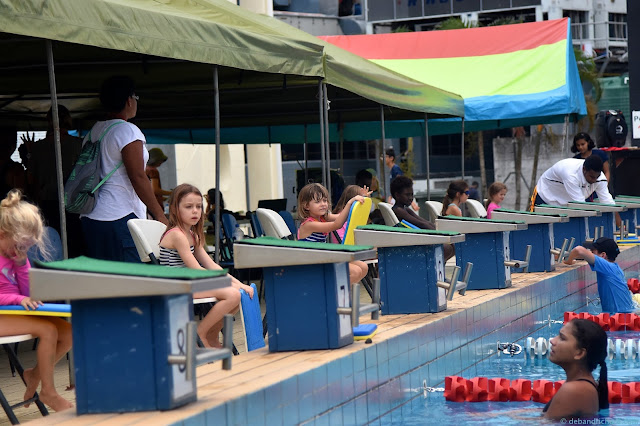 Zoomed in, ready with her kickboard. 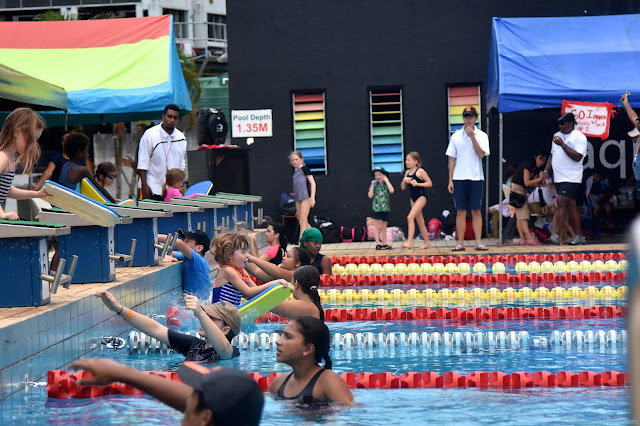 Action shot jumping in on the whistle blow, then they race began with the starting pistol shot. 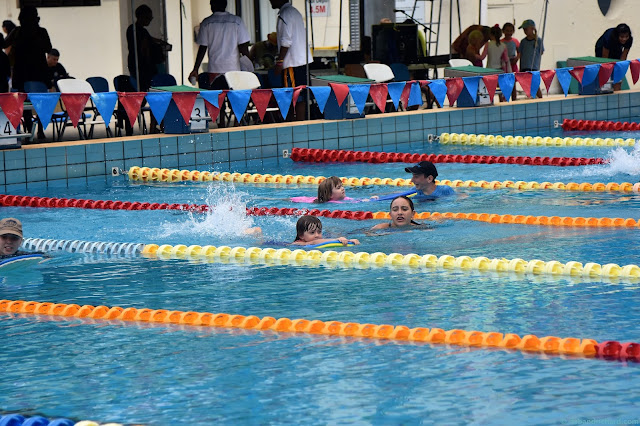 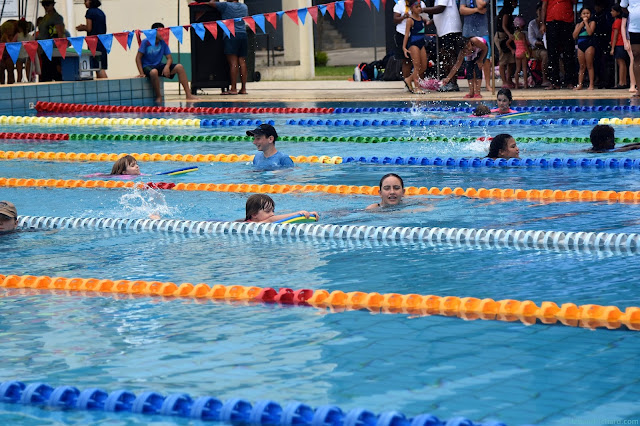 Starting to get ahead of the pack.... 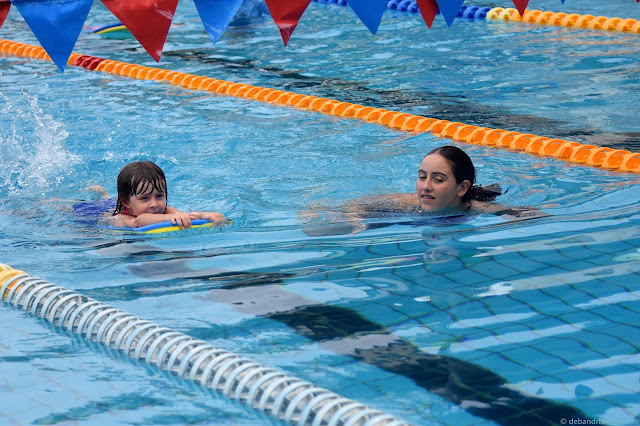 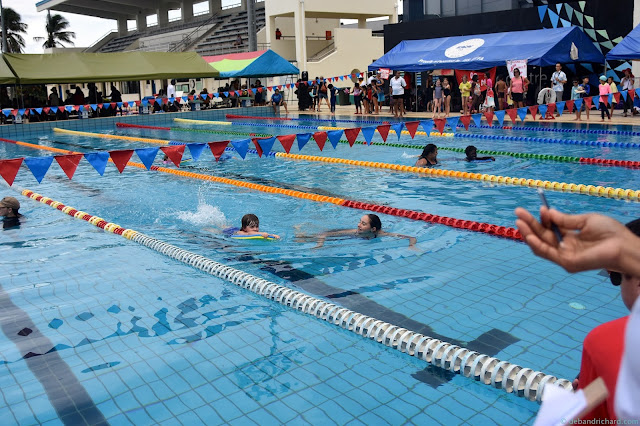 For the 25m freestyle they had the under 7 girls double up in the lanes. 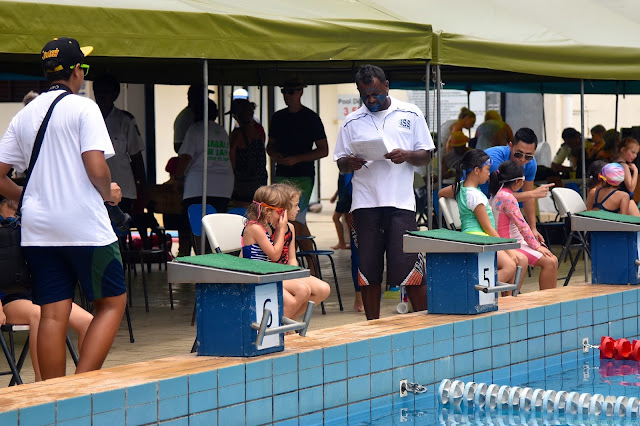 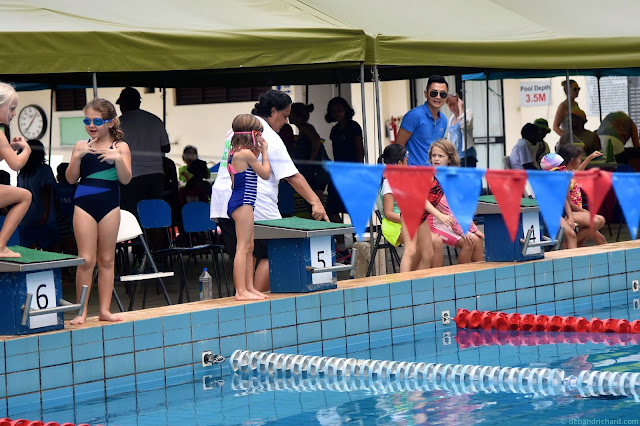 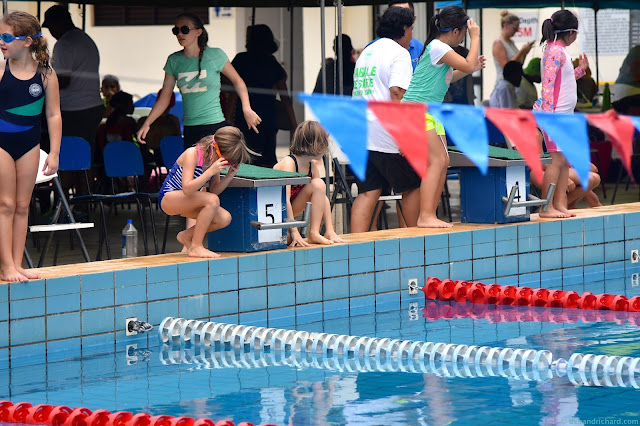 Chatting with her lane buddy....lol. 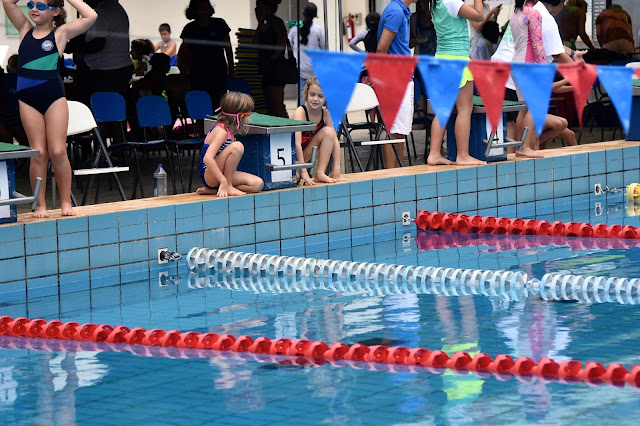 Due to a false start, then everyone thinking they had to go, they restarted in the water. She is still in lane 5. 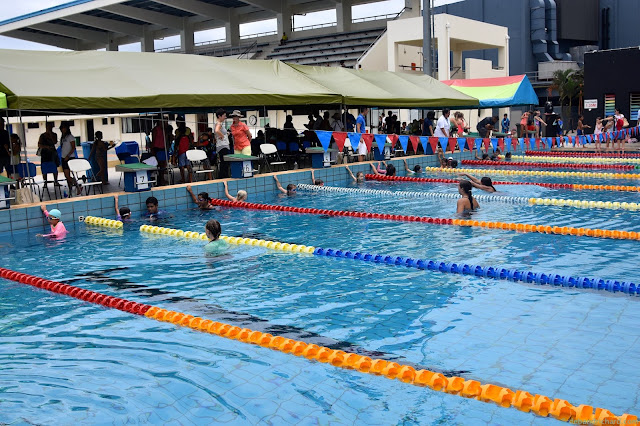 And she is off....look at those little arms go! 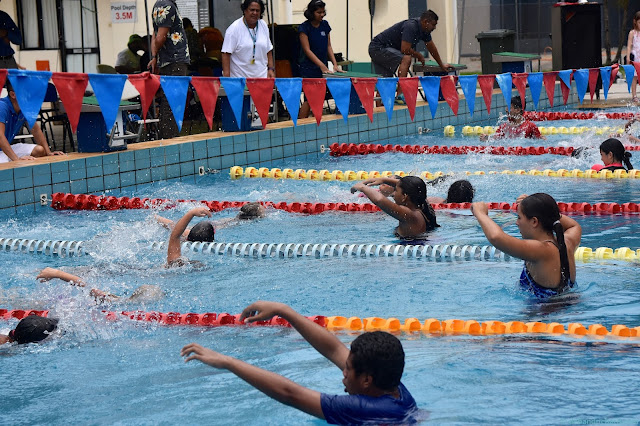 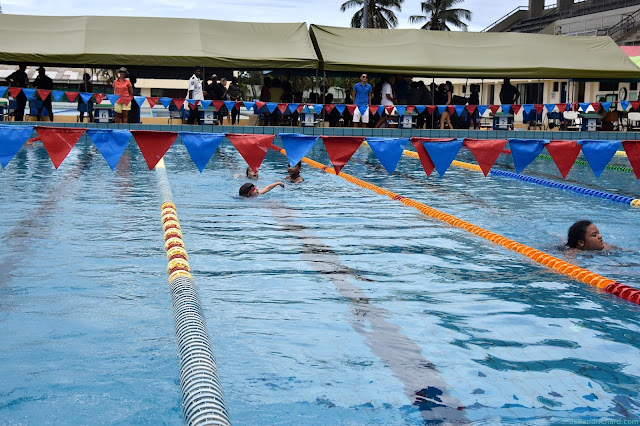 She was one of the last ones to come in, but I am so proud of her for finishing and not giving up! 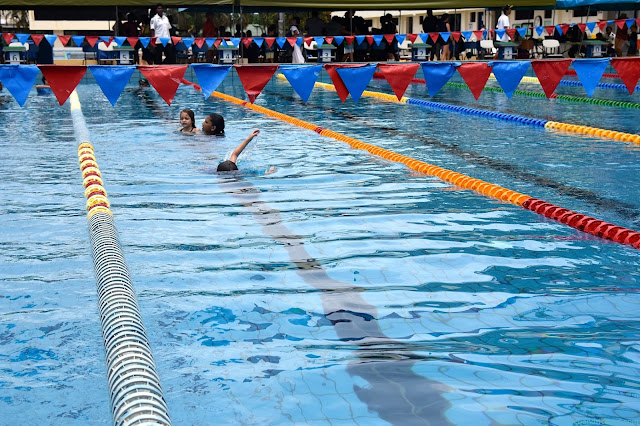 In addition to the 2 weeks of school swimming, I have also been having her participate in a twice weekly swim club (plus snorkeling on getaways and then just fun swimming in our pool). She got nervous before both races, but was able to pull herself together and not only swam but did really great for someone who would not stick her face underwater 15 months ago....like I said, proud momma post!
Posted by Deb at 7:00 PM