So we're those annoying parents. The ones that say "well, [insert desired social media account of the day] user agreement requires you to be 13 years old to have an account. Since you aren't 13 yet, no you can't have an [account] yet." I know....so mean! I have kindly offered to post any YouTube videos he wants to share on my account, but that apparently is an even worse idea...lol. So a few weeks back.....someone had his last birthday before his social media emergence...lol! 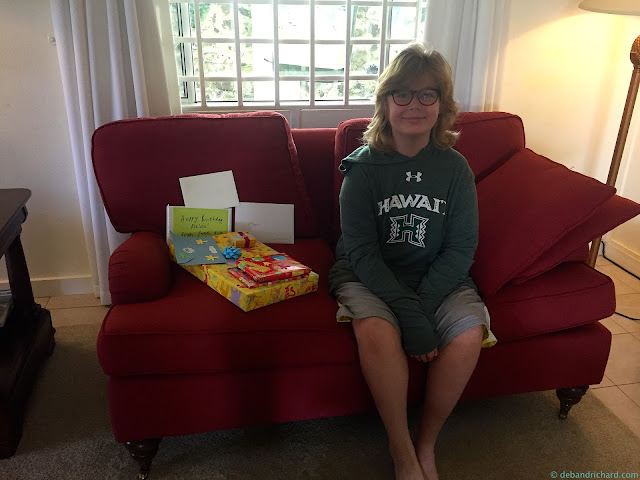 Harry Potter Clue was a hit! 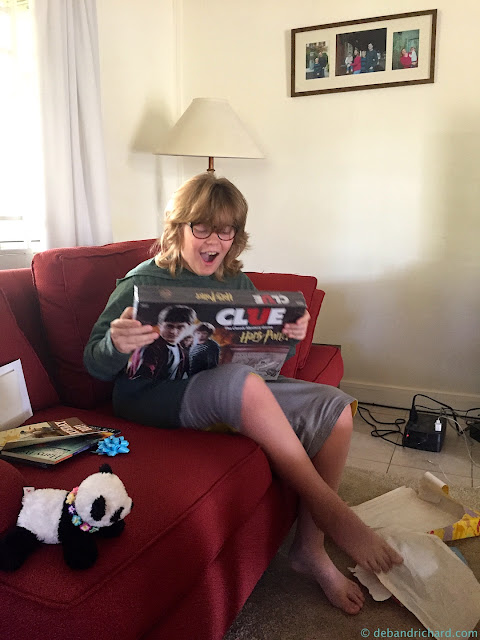 Mason lucked out and had a weekend birthday this year. So his birthday was pretty relaxing. He decided he wanted to go out for breakfast (so we did), we had some errands to run (more on that another day), he also wanted pizza for dinner....but since we'd had a big breakfast we somewhat skipped lunch and had the infamous lunner. Then around dinner time we ate some strawberries (amazing there were some in available....we hadn't seen any fresh ones in months, so we splurged for a birthday treat) and other fruit before birthday cake. Overall a fun/low-key birthday. I forgot to get a photo of the fruit feast before we dug in.....this is a couple minutes in.... 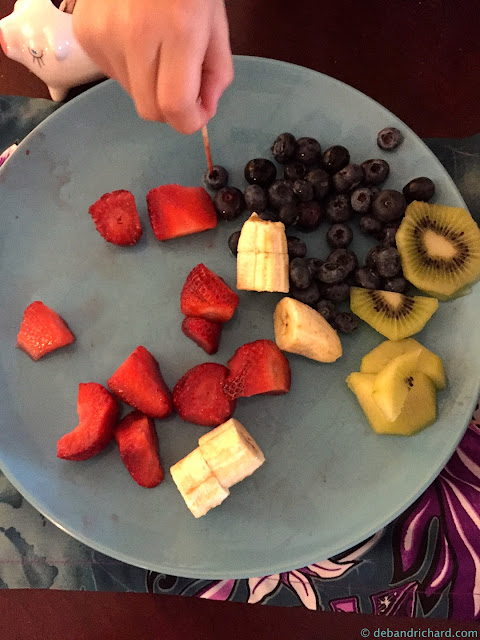 When were back in Singapore, we picked up a Lego figure cake mold. For Richard's birthday, I made a Rex Fury cake (from the Lego City: Undercover video game). Mason, having been sorted into the Hufflepuff house, wanted one of the more famous hufflepuffs for a cake....so I made the Lego version of Cedric Diggory in his Tri-Wizard Cup uniform.... 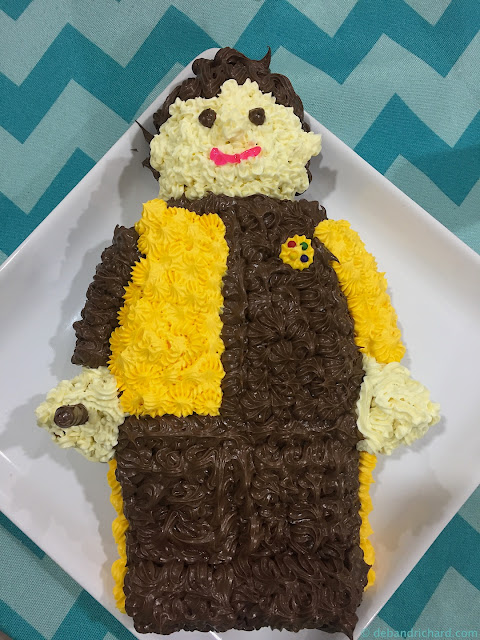 I had a little batter left over...and attempted to make a little tri-wizard cup....the colors were all wrong and it was upside down (well I did have gravity to work with) I was informed....oh well. 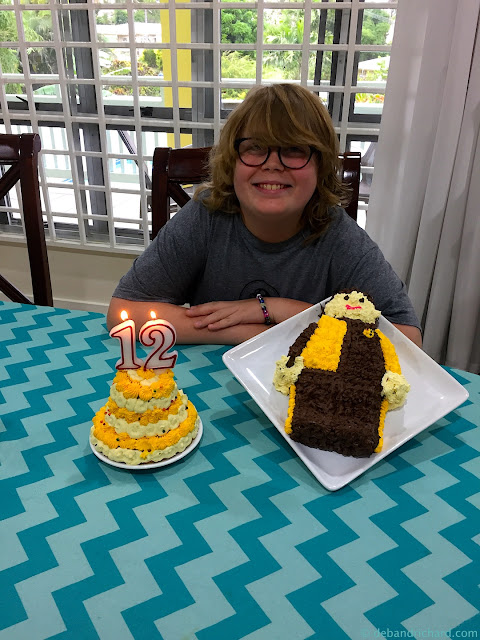 For Mason's party, timing couldn't have been more perfect! Fantastic Beasts and Where to Find Them was opening the week after his birthday. So we had originally planned to pick a few friends, do pizza for lunch, then the movie....he couldn't narrow his invitee list down, so he opted to invite more friends and just do the movie. Which was fine...even easier for me (we did limit him to only his class at school, he has friends in every grade he wanted to invited). I found some free downloadable invite wording here with the school crest and then tweaked for the movie he was seeing. I emailed the parents the details. Movie times weren't available for the Saturday showing until Wednesday....when I got the tickets and he took the invites to school on Thursday, so it was all last minute....but luckily that works in Fiji! 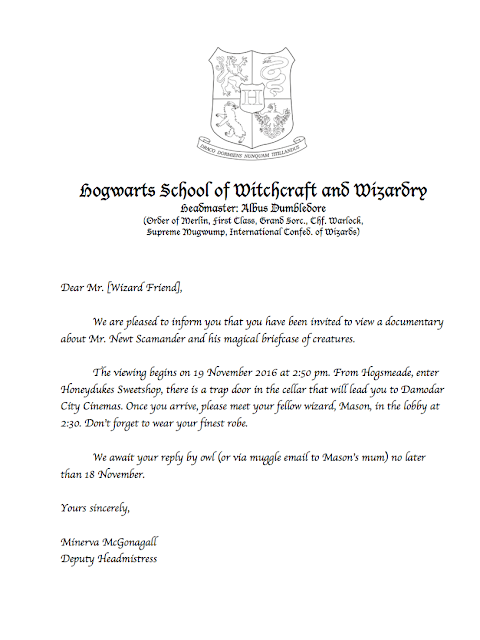 So Mason and 14 of his closest friends enjoyed the movie. I didn't get a picture of them all (about half were dressed up....which apparently cosplay is not a thing in Fiji and they got a lot of stares). I bought them drinks (soda & powerade were hits....water not so much!). They all bought their own snacks. Being tweens none wanted to go into the theatre without the others, but finally it was the 2:50 start time and so I just gave tickets to the ones that already had their food and they finally went in. When the last of them got their food I followed them in. They were all playing musical seats (they do assigned seating with tickets here and the randomness of my ticket passing out was just not working for them). They did great, we didn't get kicked out, and I really enjoyed the movie. For a 'party favor', I made some Deathly Hallows sugar cookies. I found the recipe here, but I used a different icing I found here that said it dried real fast and worked well with humidity (since I had to smuggle the favors in to pass out after the movie I didn't want it all smushed and melted to the bag). They looked cool, the symbol was used in FB&WTFT, and were super tasty! 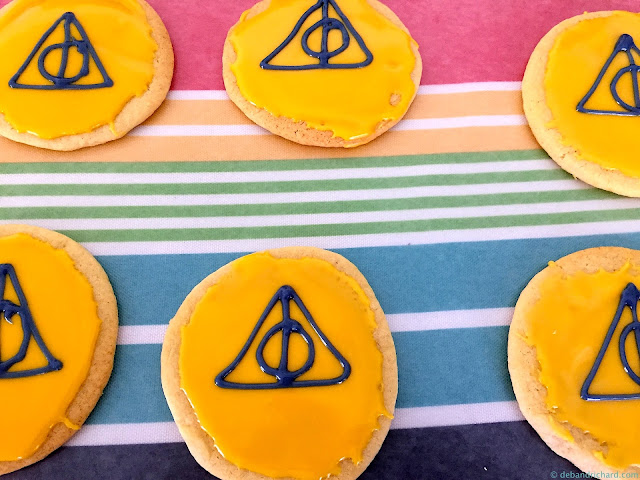 I made a lot! Took two batches of icing!

After the movie end, we passed out the cookies. It was a mad house in the theatre lobby, it was packed with the ton of people. Mason said bye to all his friends and they scattered like nifflers spotting a shiny object. I didn't get any phone calls from any of his friends' parents asking where their tween was, so I assume they all made it home fine.
Posted by Deb at 2:20 AM