So on another hill across the city from us we can see this dark stonehendge looking monument....so today we went exploring.

The Chronicles of Georgia tell some of the history of Georgia, as well as, stories of Jesus. I was able to better identify the stories associated with Jesus.

So we parked and headed up some stairs. About 1/3 of the way up there was a landing. We were able to point out to the kids where our house was (and they were able to recognize our street/their school). We are about to head up the rest of the stairs. 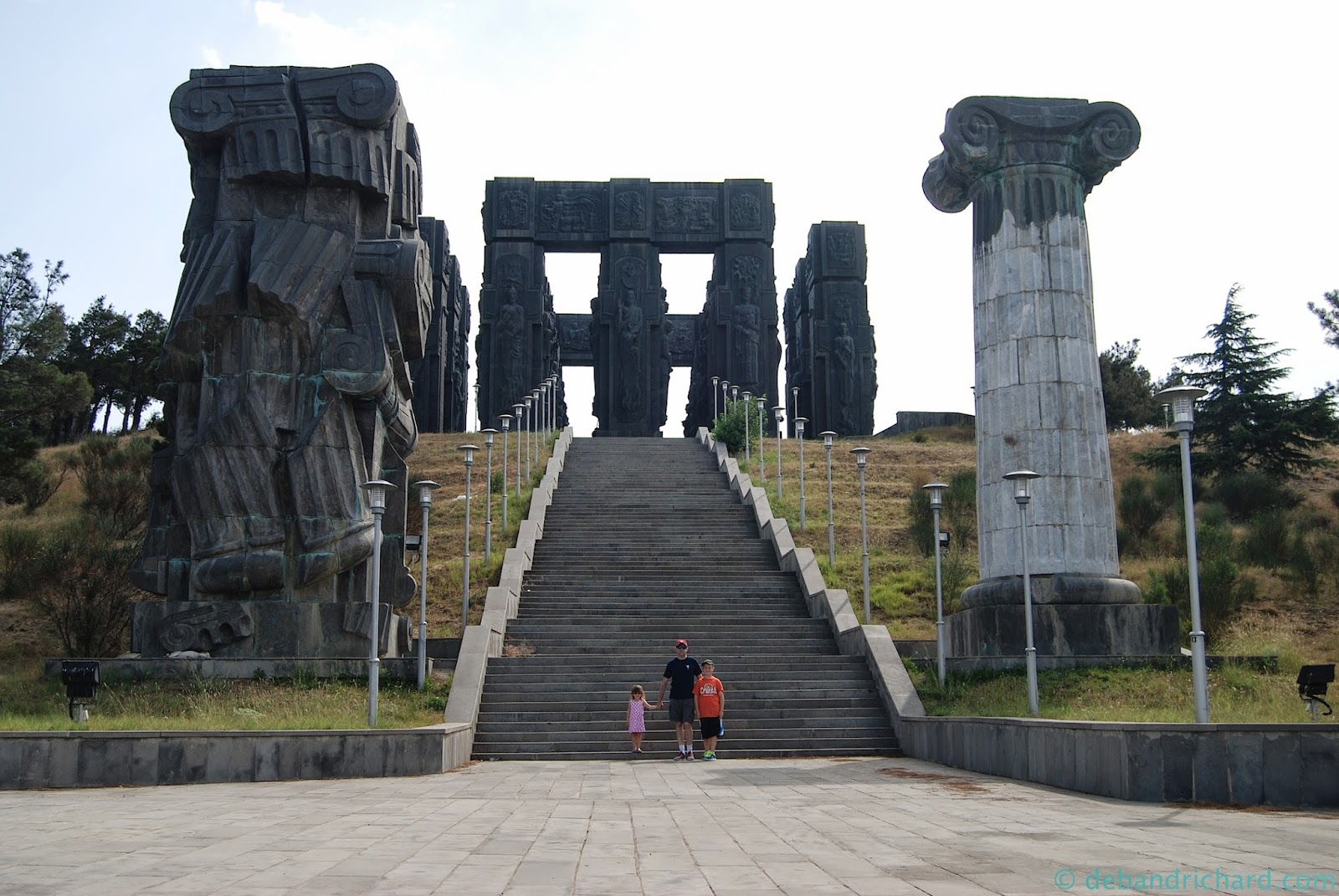 I was really tempted to try and photoshop myself into that picture....lol.

At the top of the stairs, there was a group of 13 statues.  Mason thinks they may have been aspostles (plus Jesus). They were all holding different items (one even was holding a Georgian style church) so that makes me think they are Georgian Orthodox saints or Georgian kings. 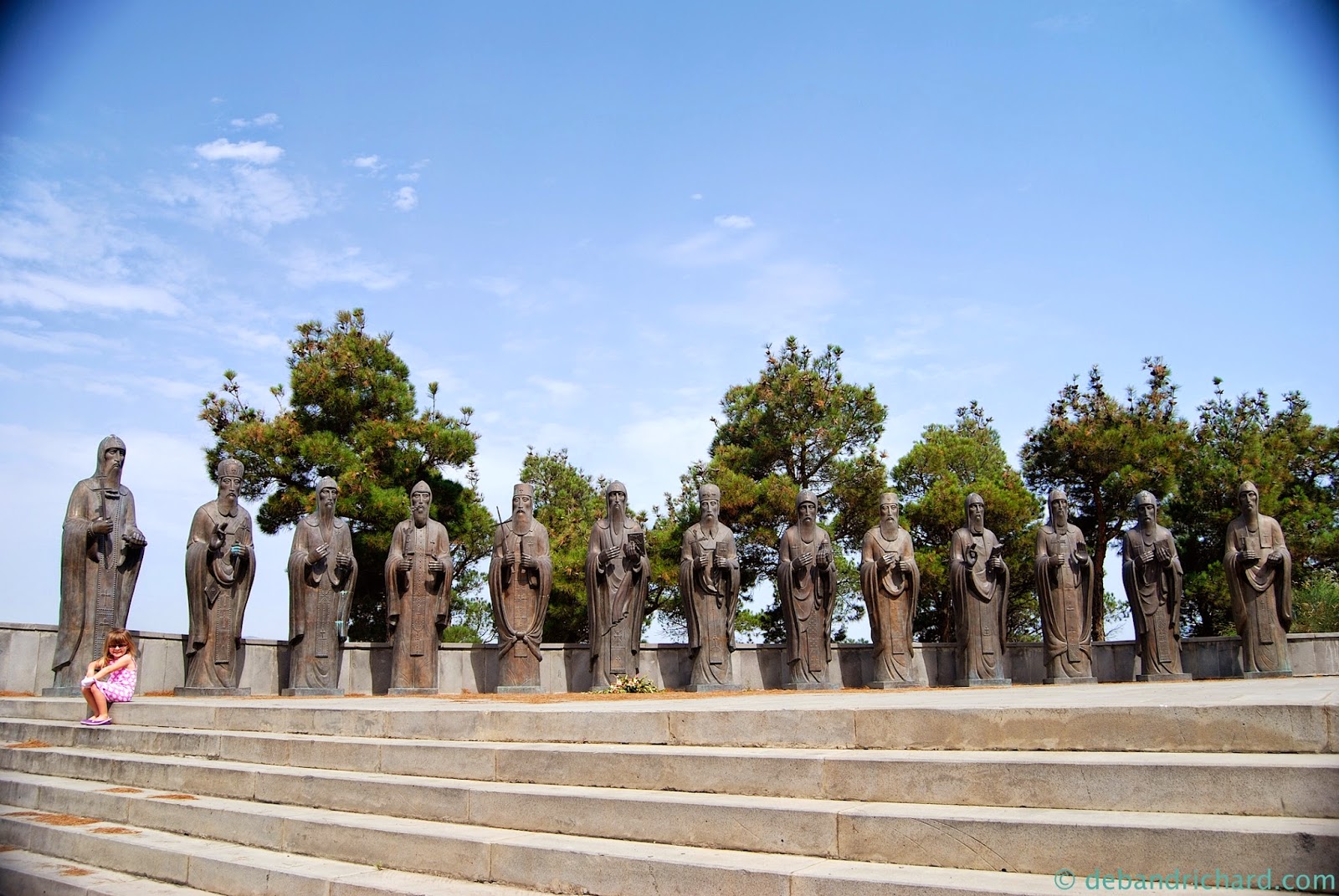 This looks like when Jesus washed the apostles feet before the last supper. 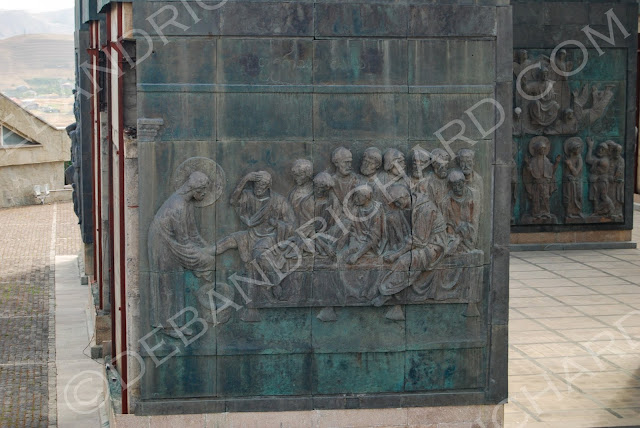 Here's a view of the Mtkvari River out of town (towards Mtskheta). 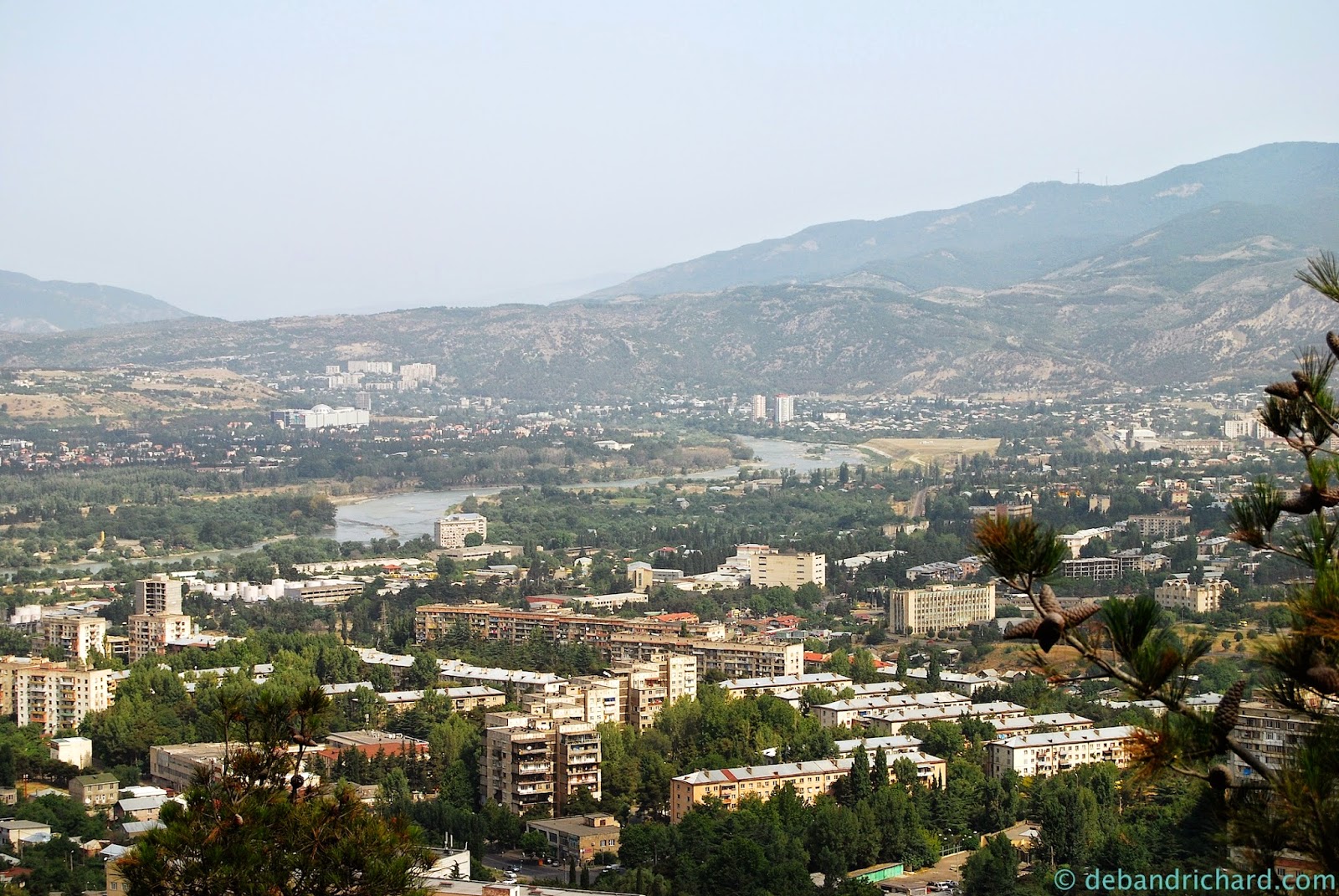 Lots and lots (and lots) of Soviet style apartment buildings. 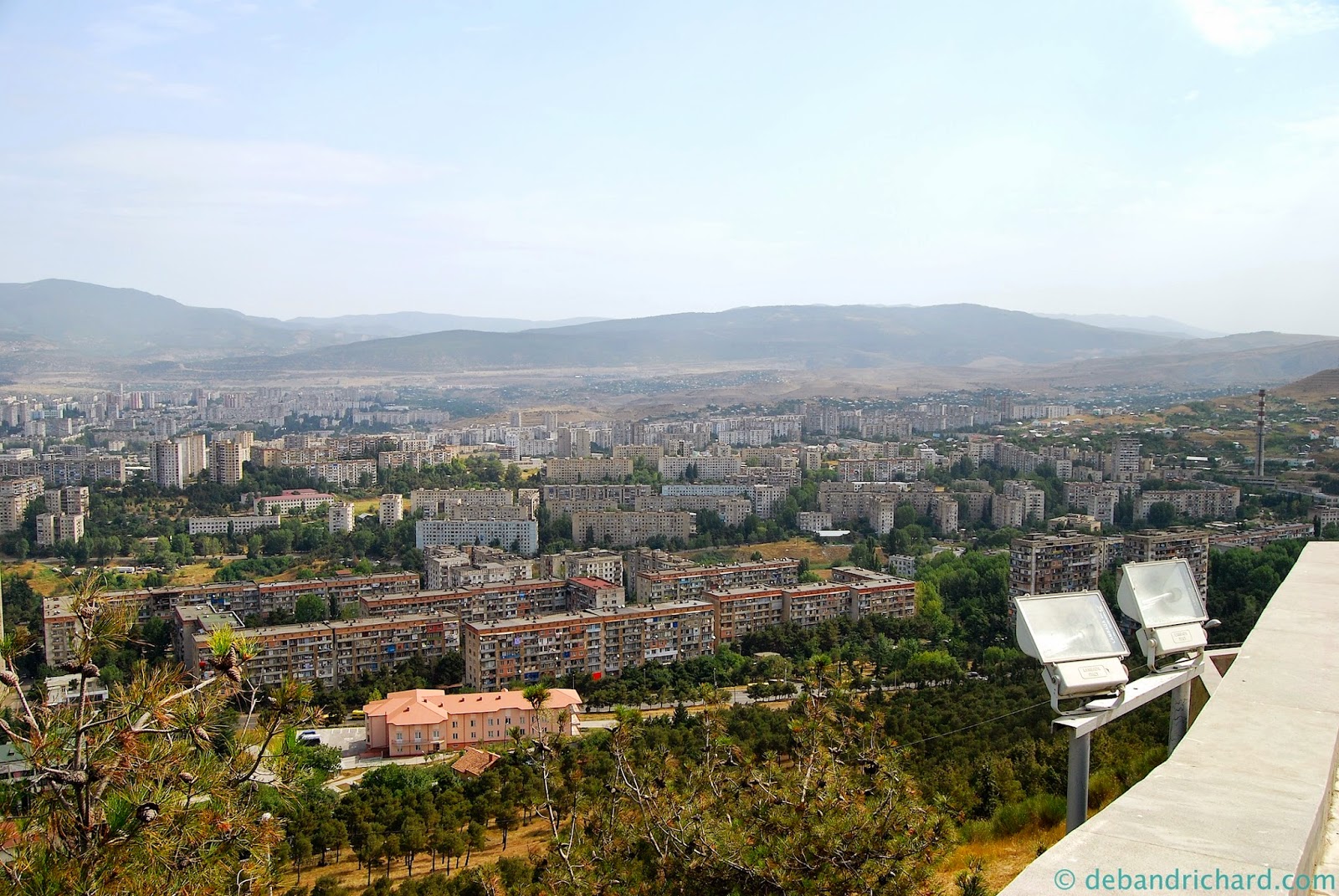 Clarissa is about 1 meter tall.....just for reference as to how tall these pillars are. 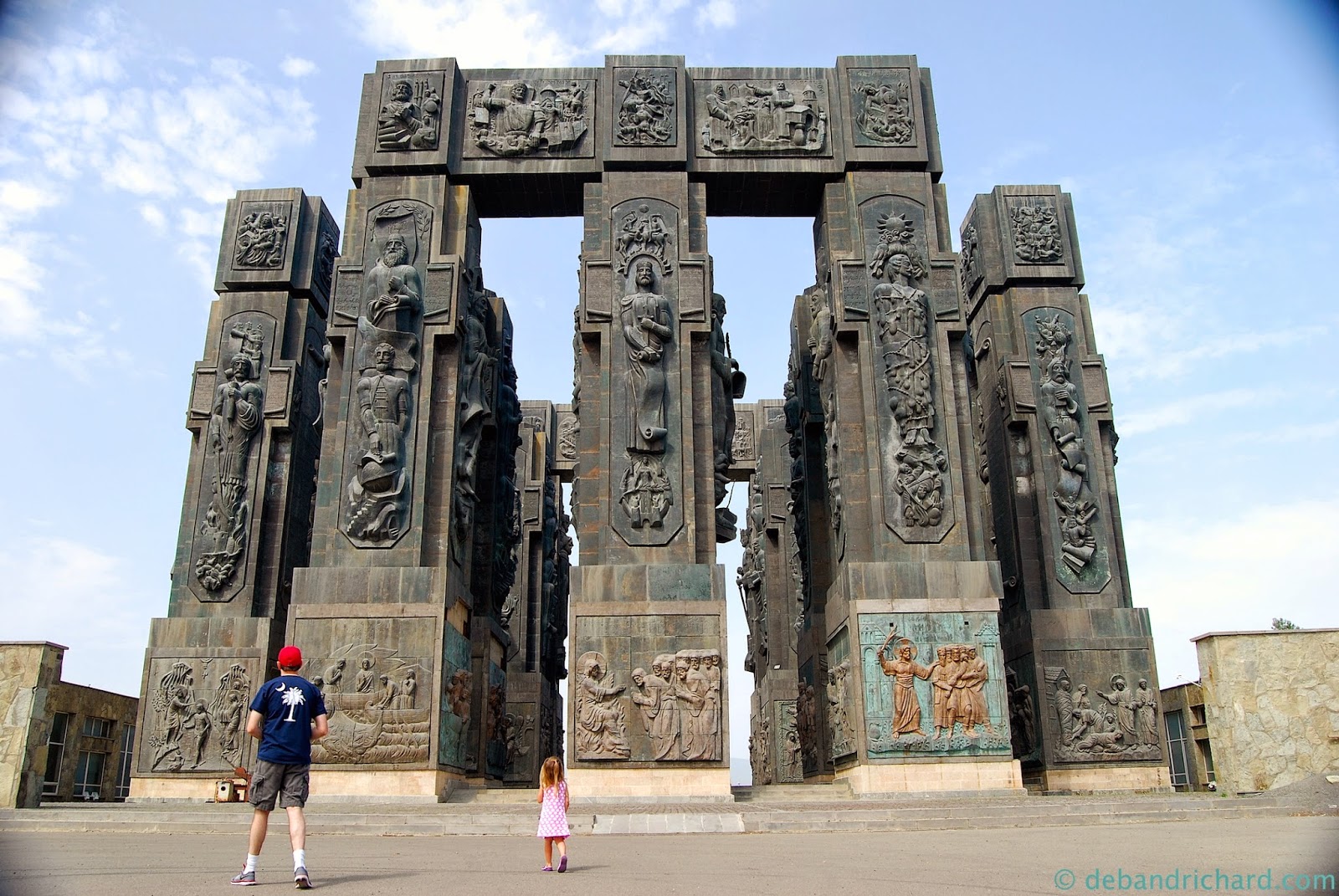 The Chronicles also overlook the Tbilisi Sea (a water reservoir, not really a sea). 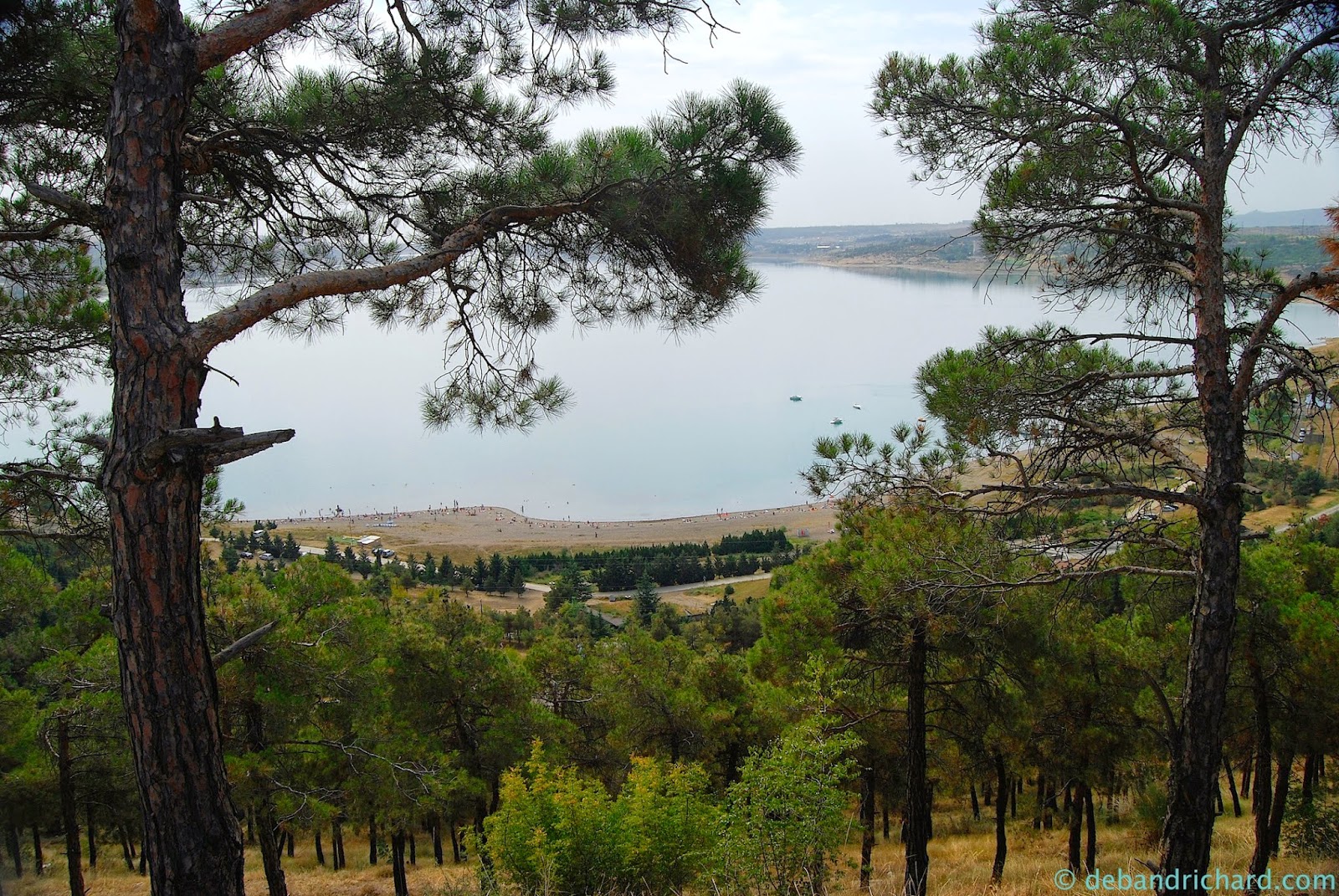 Jesus fishing with some apostles. 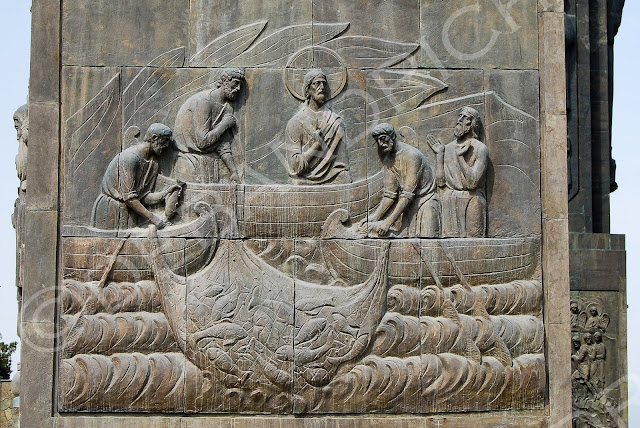 Science dork in me is curious who the guy with the globe is. 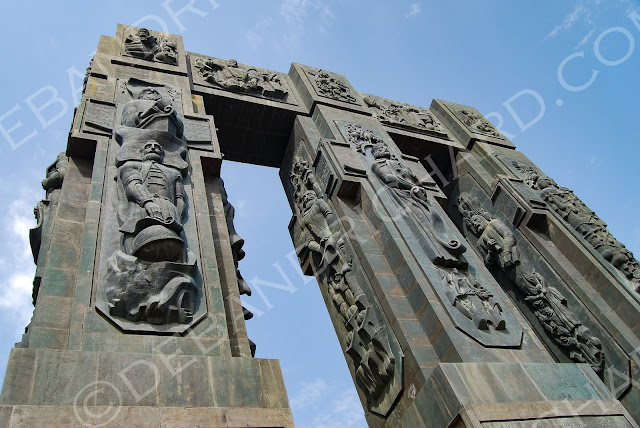 We saw several Mary images, but I don't think this woman is her. Maybe Joan of Arc or Queen Tamar? 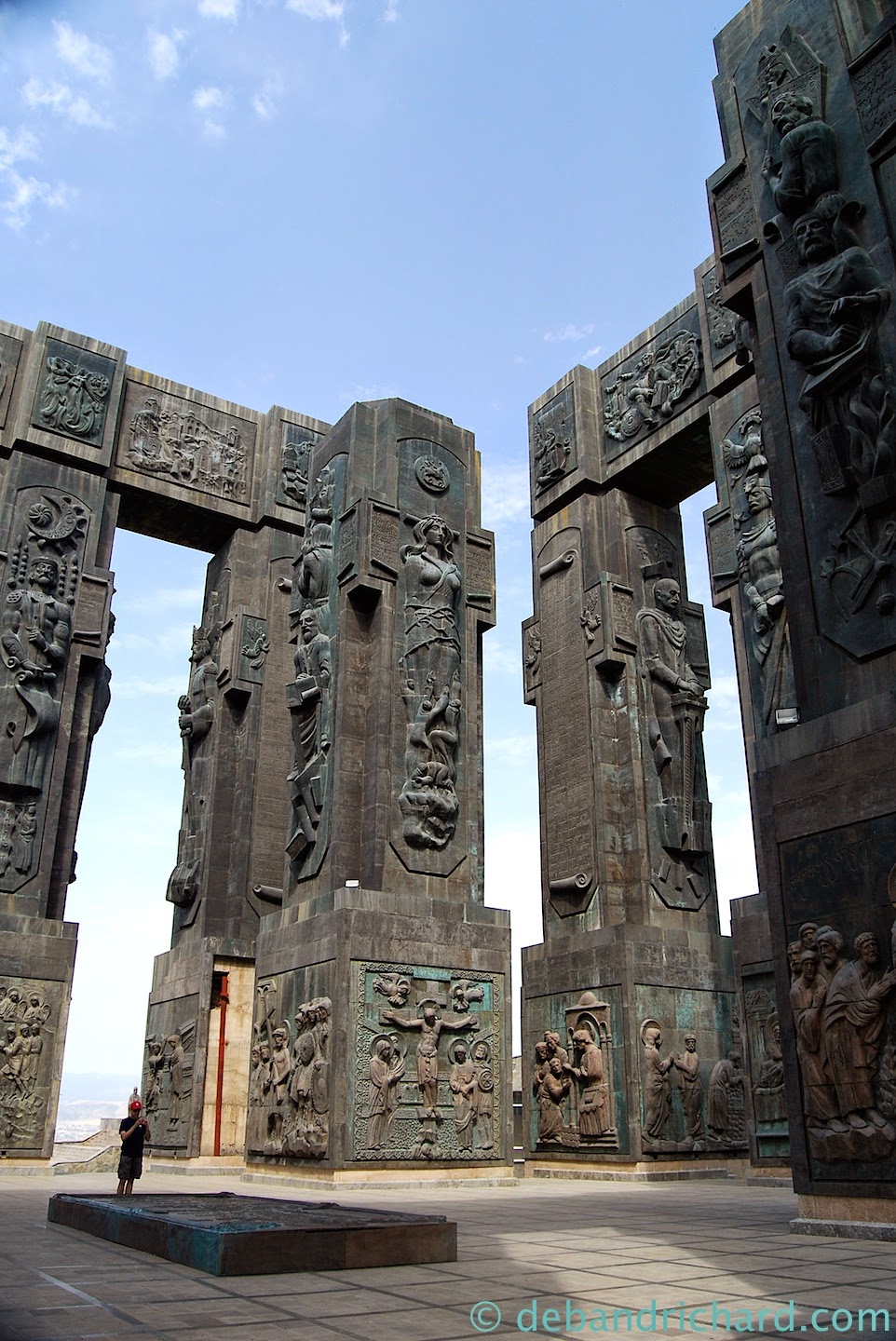 Jesus and the Devil? (you can see horns on the winged individual). 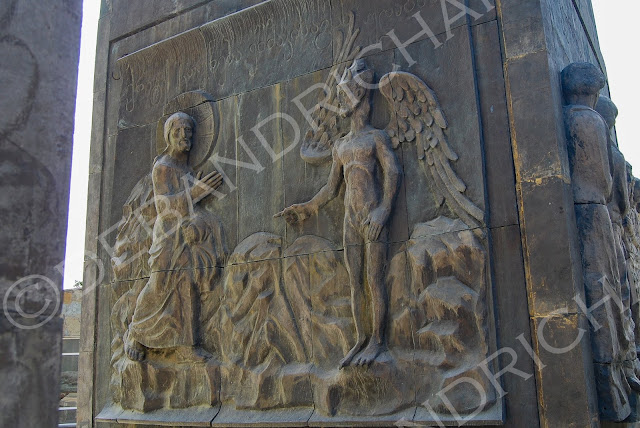 A scene of Jesus carrying the cross past Roman soldiers and a mocking crowd. 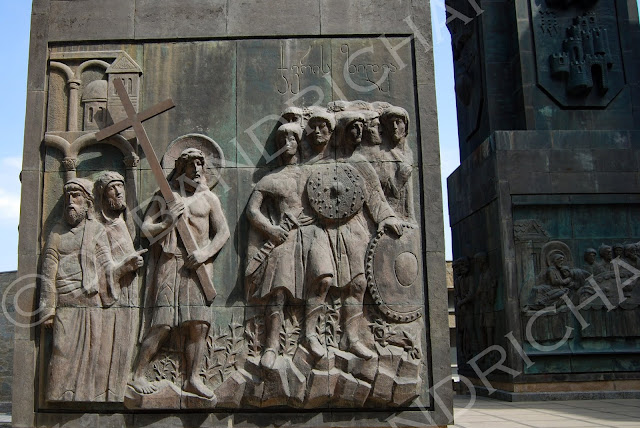 At the front, there were some stone scrolls. Those, as well as, inscriptions written by images were in Georgian. I think it would be much more interesting to go with someone who could read/translate them. 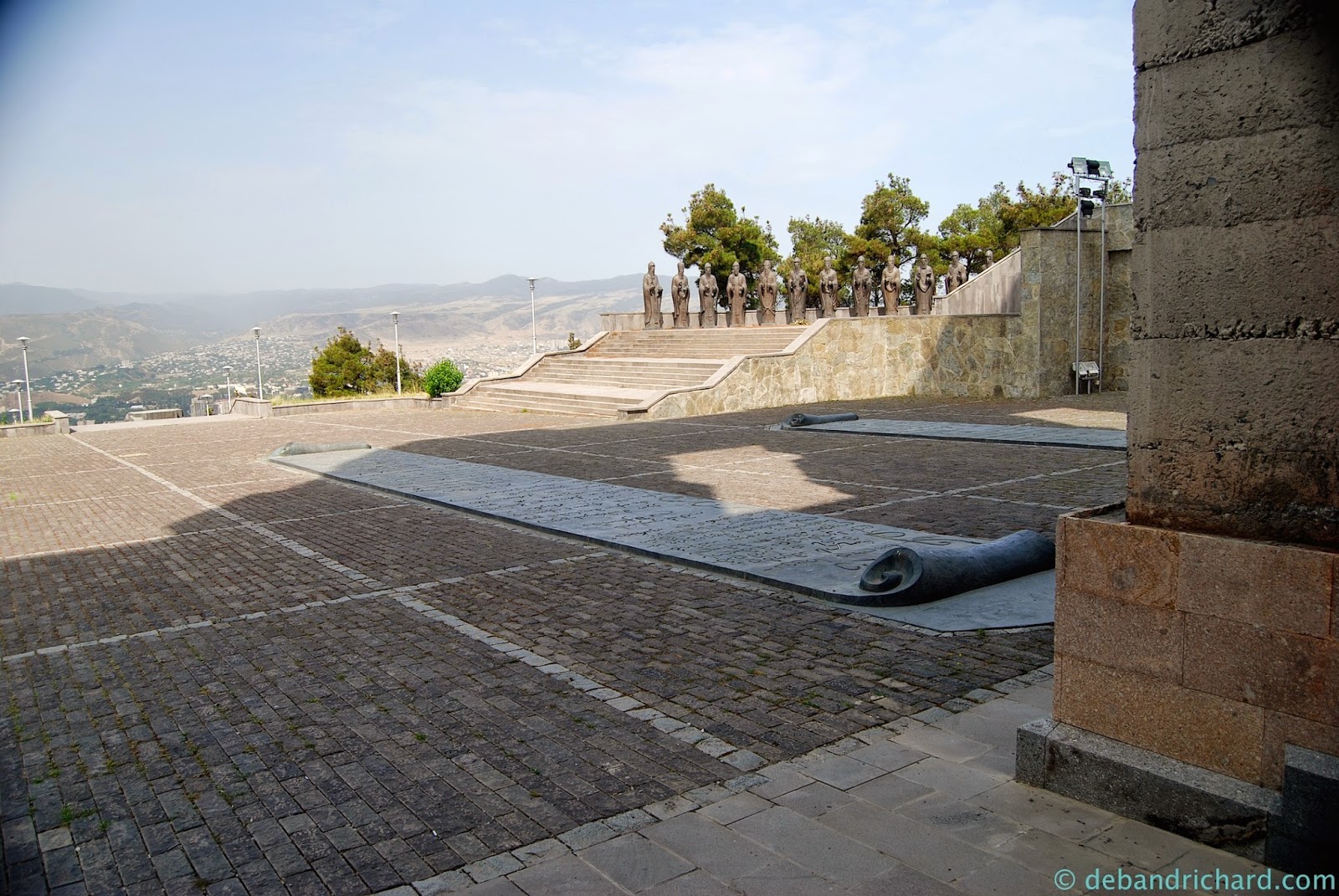 There was also a small church by the monument. It was closed though. The site isn't mentioned in any tour books but made for a nice morning adventure (before the temperatures got up to the forecasted 37℃ (aka 98℉)).
Posted by Deb at 1:39 PM