So now that you all know the big news we were about to share that I had mentioned here . You also have a better idea as to why we started this blog to begin with....it really drives home the why oh why we did make this blog.....because all our family and friends are going to be super far away.....(and maybe a little bit of that's what the cool kids in the FS do...).

So school and all school related events are done.....so now time for me to get a move on and getting ready to move.....the purging has begun! Some stuff is easy (that t-shirt from a certain frat party in college that has gotten a little holey over the years....adios)....other stuff is trickier, you know there may be that partly cloudy day when the sun is at a 94 degree angle and because we are now in the southern hemisphere this ____ is going to come in real handy....must say adios as well.....

In our purging, I'm trying to not donate everything to goodwill (we did make 4 trips there one weekend....oops). I want to spread the love. So, I'm trying to help organizations that really need special things. So I packed up 17 boulder holders from college/single days and shipped them off to Free the Girls ....really cool way to help those women get on their feet (which I heard about this organization from a fellow blogger....).

Next stop....all the baby stuff/toys/outgrown clothes... Lowcountry Orphan Relief. They had come down and spoke to the students at FBS and then set up collection boxes one year....so I looked them up. They picked up one load already that we gave away our stroller, pack and play, clothes, shoes, some toys, blankets, etc. Now we are setting aside another load. They really helped us motivate Mason too....little Man has an affinity for stuffed animals as well as the memory of an elephant....so in the past during our semi-annual purges I've tried and tried to get him to give up stuffed animals with no luck. A couple weeks ago, we started telling him, we can't take all his lovies with us...told him about the orphans and how giving these lovies away could mean so much to a scared kid (btw, thank you christmas movie Search for Santa Paws.....used that to help him visualize). So I am extremely proud....he found 16 lovies to give away!  The rest...well we had to sort them....we gave him the categories of storage for 2+ years, those going by boat, those going by plane, and those in your suitcase. He did a really good job (I question some decisions....but hey we took pictures and documented 'who' was going where).....then the fun part.....space bags! 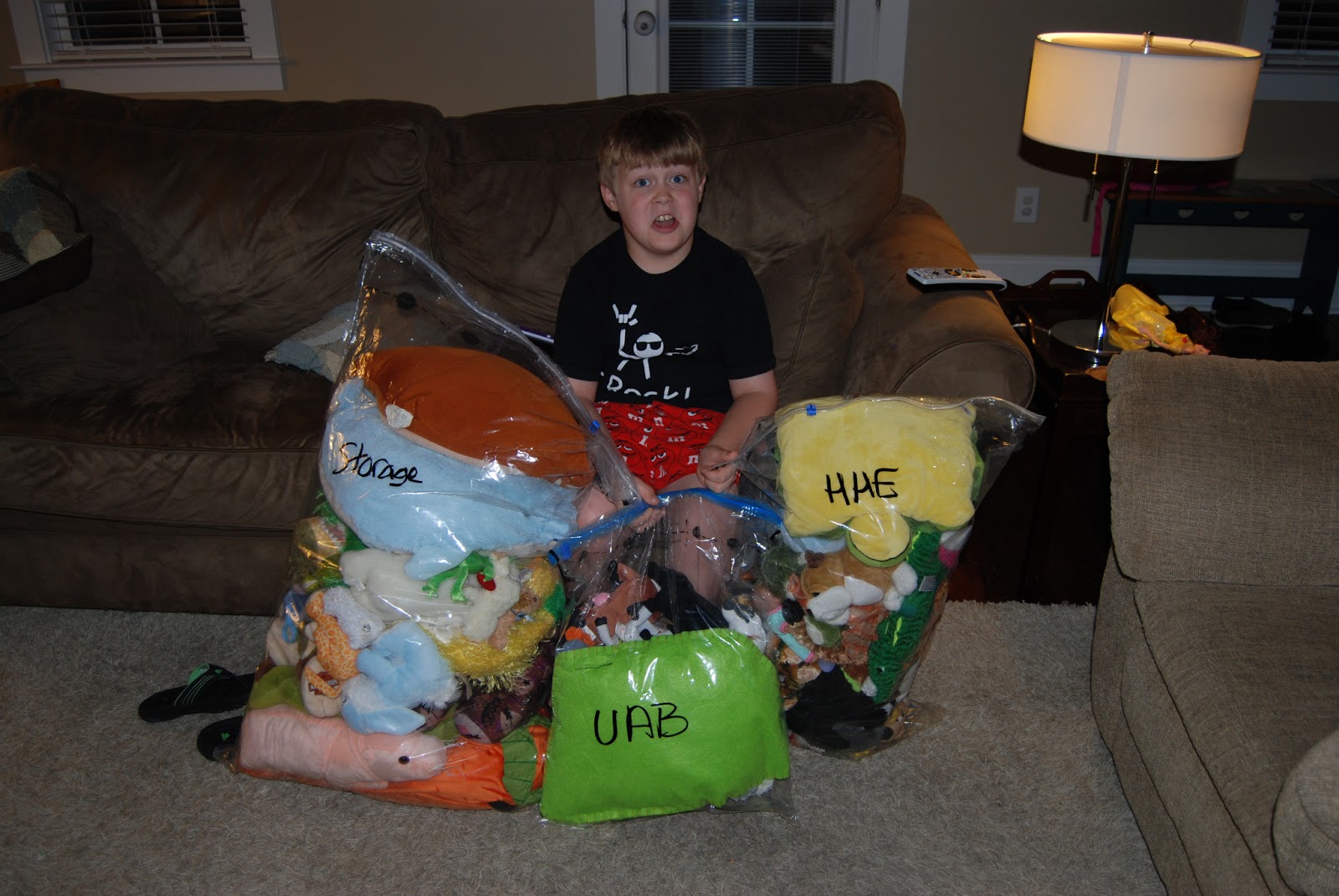 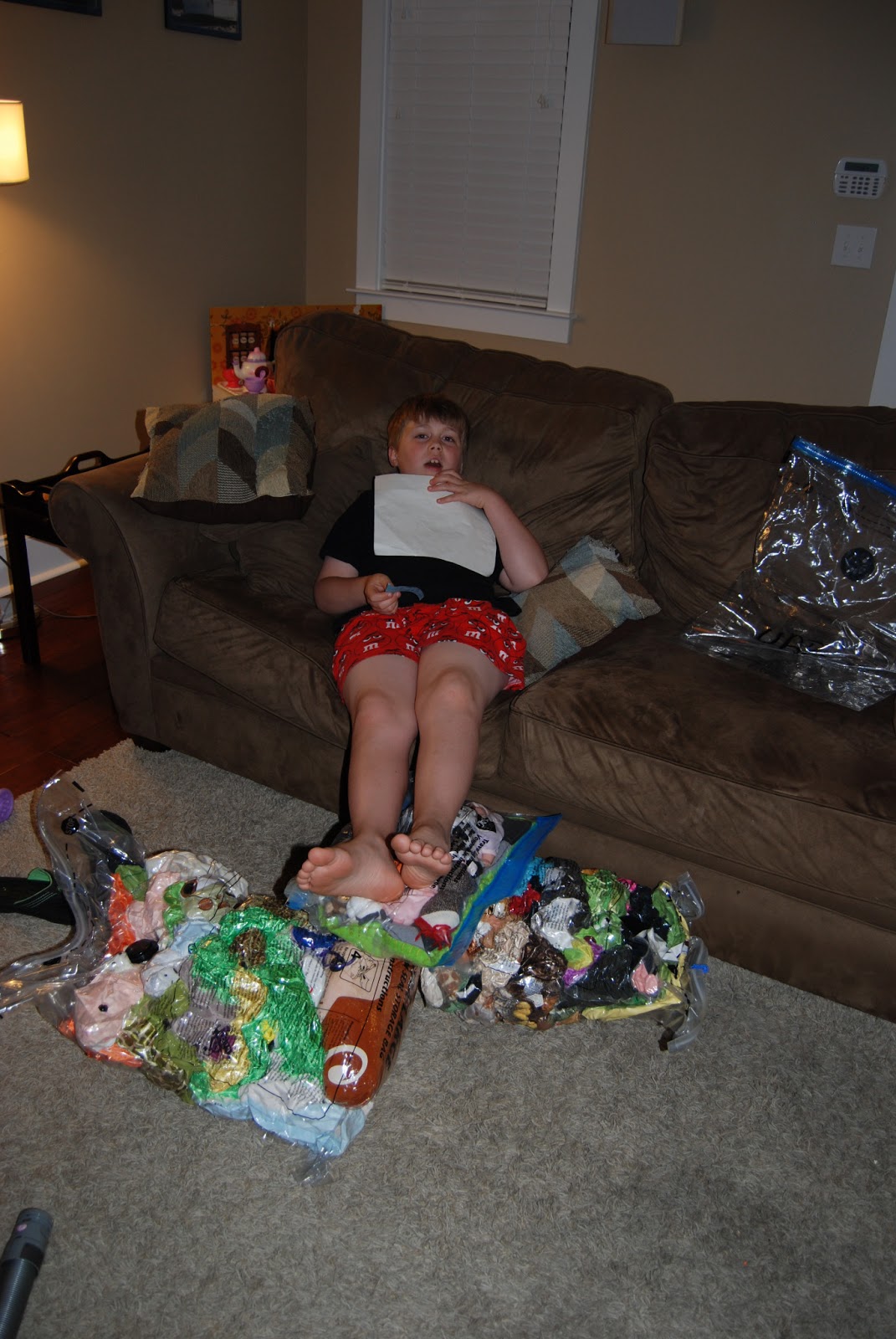 So our last donation destination of choice is Donation Town by searching their website, they determined that the National Children's Cancer Society will come to our house (post yard sale) and take any furniture, household goods and clothing we were unable to sell....done and done!

** <added Aug 16> When Mason was younger, he had some childhood wheezing. We haven't had to use his nebulizer for several years now.....so I found that the American Lung Association will take them. They can give them to school nurses that need them to give treatments to students so they student doesn't have to lug their machine back and forth between school and home...how cool is that!!

Now if we could only get our house sold......not so much a purge but a giant sigh of relief.....so please say a pray, do a rain dance (TS Andrea is producing a good bit of rain, today would be perfect!), or send some positive juju this way.......

Speaking of rain...rainy day fun while also prepping the kids for some apartment living while we are in DC.... 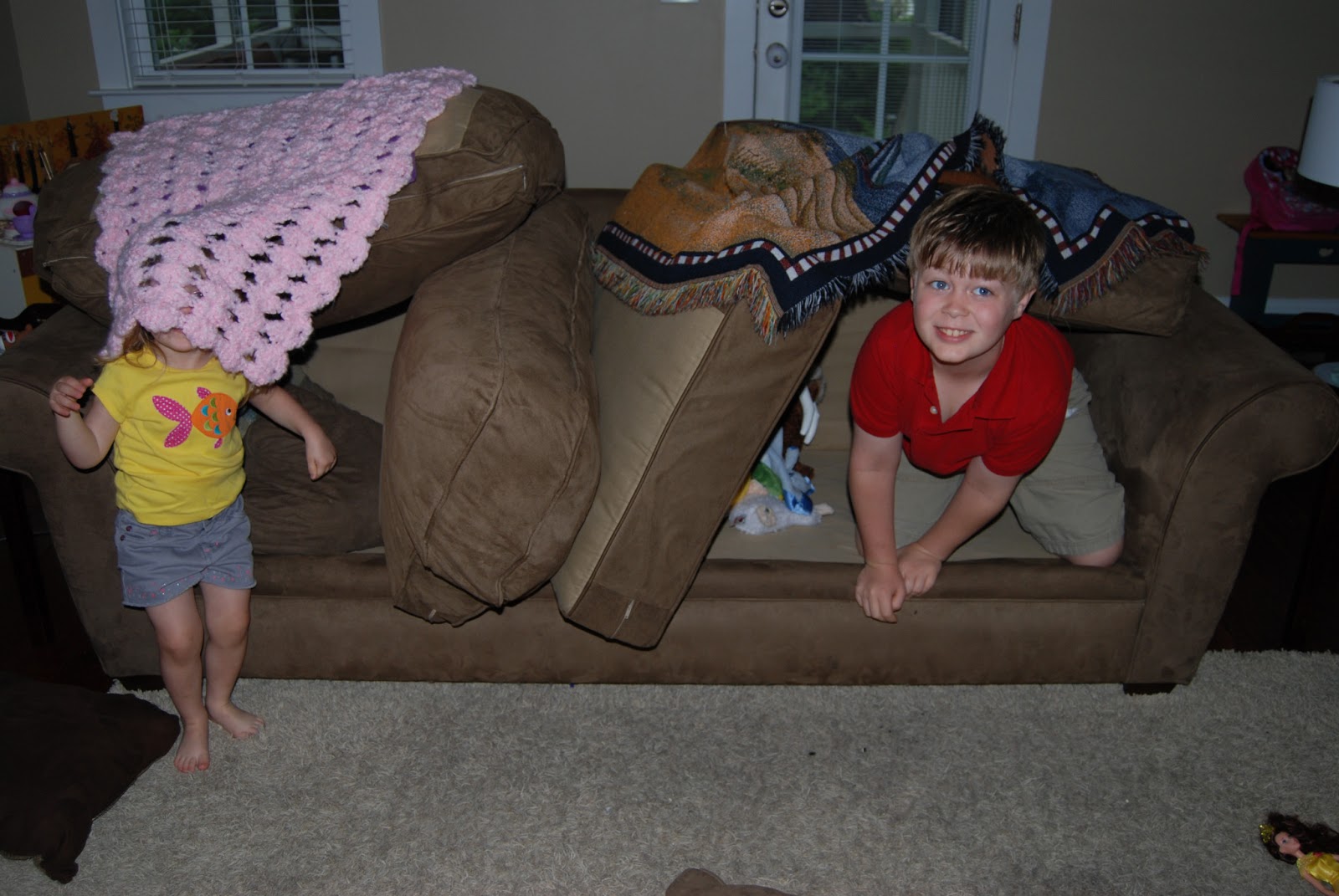