As usual....I'm behind on blogging....back in December (ok....REALLY far behind on blogging...but it's Girl Scout cookie season....), Qatar celebrated their National Day as usual. Though differently due to the ongoing pandemic of course. The big expo that we normal go to was cancelled this year. They did hold the air show and parade, but when we drove past the corniche afterwards on the bleachers they had tons of seats with "X - do not sit here", "Please socially distance yourself" signs. So only super special important people were invited to view the air show in person (spoiler alert....we were not on the list). That's okay though, we did what we had done the past two years - avoided the crowds and watched from our porch! As usually, I had gotten a few pictures during the practicing that led up to the show. 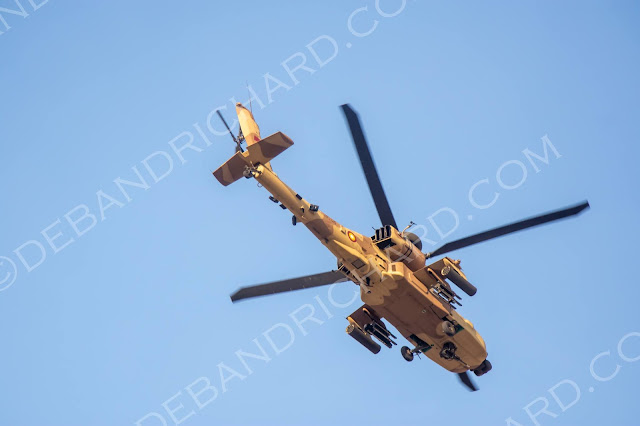 That helicopter sat and hovered over our place for a good ten minutes....so I got a few shots of him! On the day of the actual show, there was much more excitement than during the practice runs! There were smoking paratroopers, 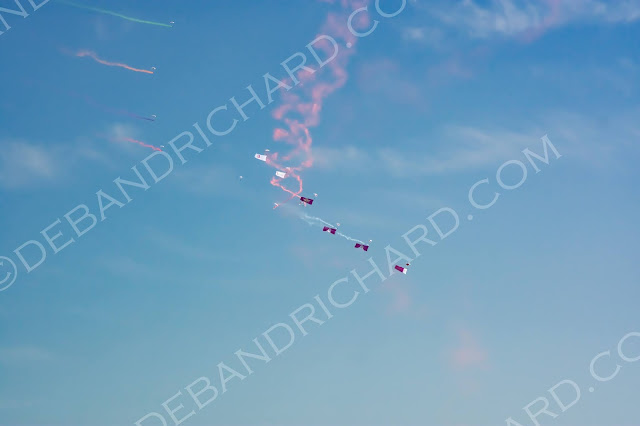 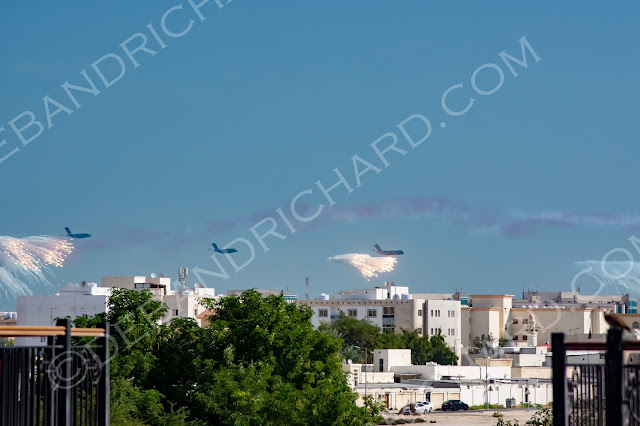 the planes painted in the national colors flying in formation, 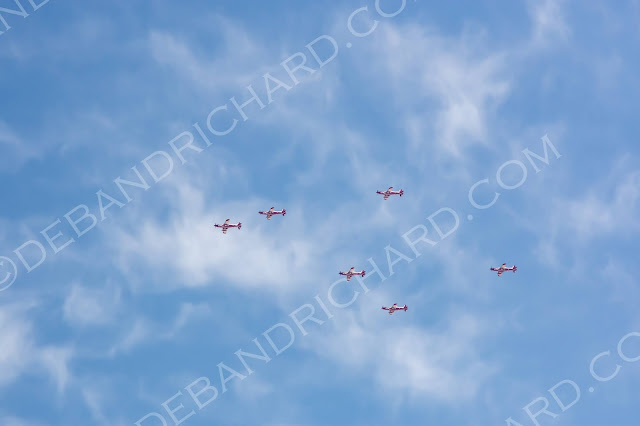 those fire breathing C-17s as they flew past our house. 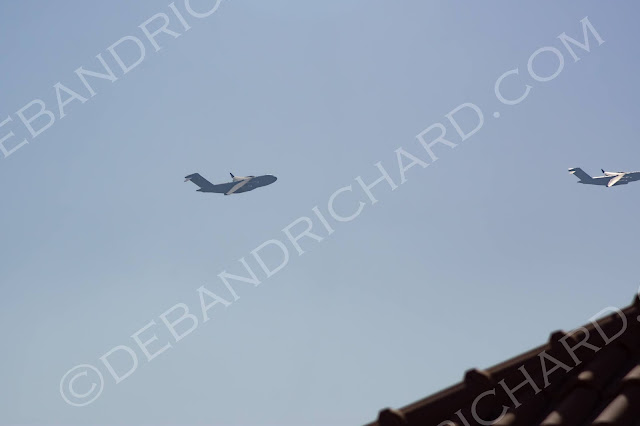 Planes in formation zipping up with and shooting out national color smoke.... 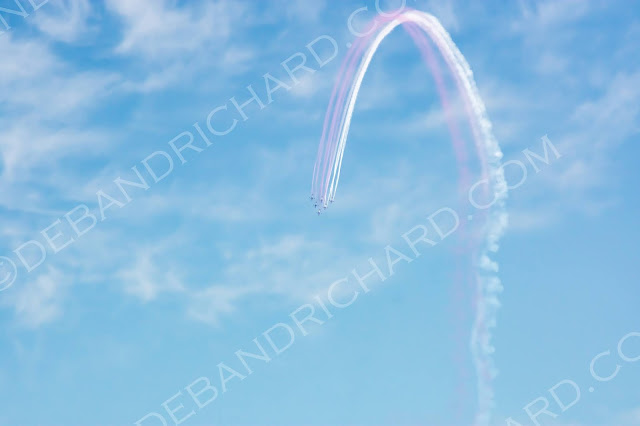 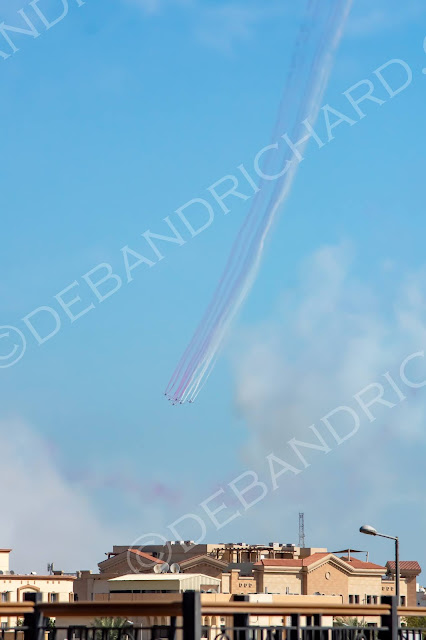 Unlike Maverick in Top Gun....these planes were approved to do their 'Fly By' over the crowd select few in the stands. 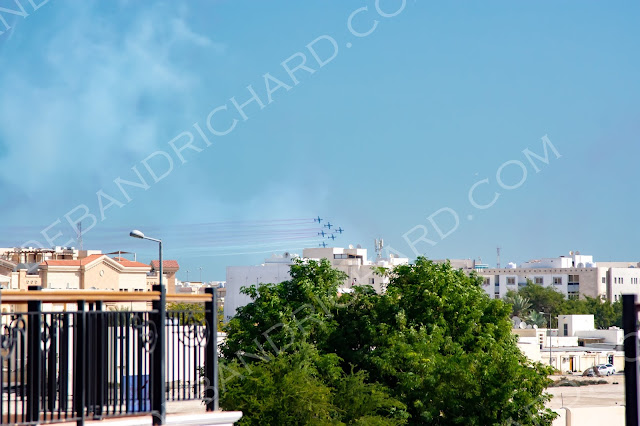 Some birds getting in on the air show gliding past a whirly bird. 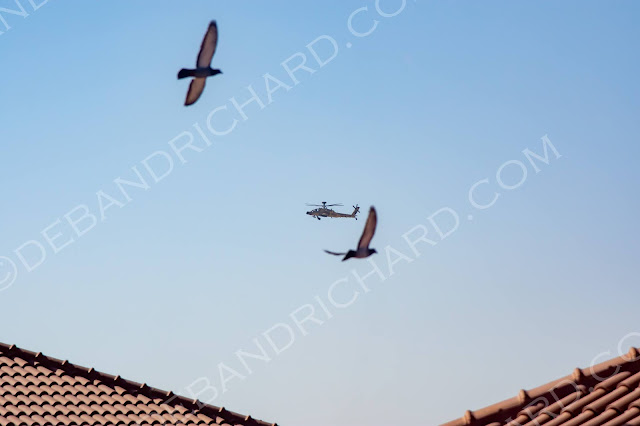 Finally, my friend from practice came and hung out over the house until it was his time to shine again! 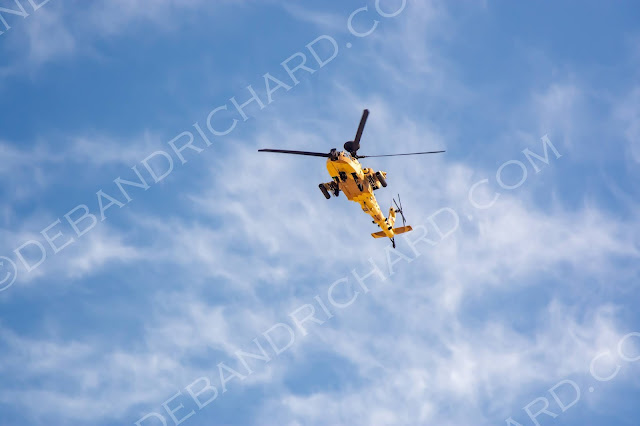 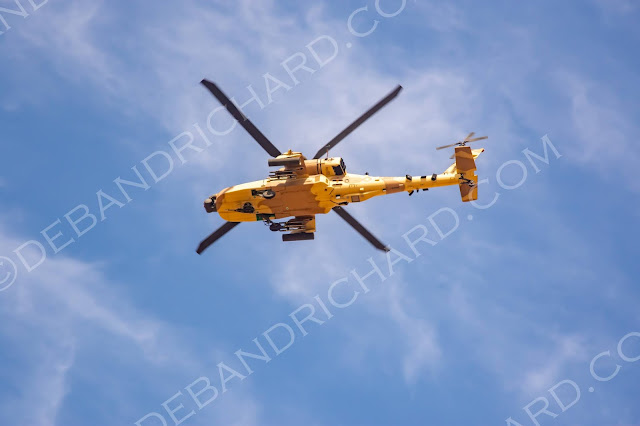 So not as much National Day excitement in 2020, but we still had some fun porch entertainment. Besides, who doesn't love an extra day off work and school! We did go back up in the evening and watch the firework/drone show (a bit too far for decent photos). It was really neat watching the drones form the shape of the country colored like the flag and then transition in the Emir's face.
Posted by Deb at 5:00 AM