Falconry is popular hobby amongst the locals here in Qatar. Therefore, there is a specialized falcon souq as well as a falcon hospital. AWA was able to get a special behind the scenes tour lined up for us a ladies! Quite a treat! Since I was planning on adventuring over to the fabric souq afterwards, I decided it would be easier to just Uber down there so I wouldn't worry about making the trek back to a parking spot at the end. As you never know with Uber if your driver will be there in 30 minutes or 1 minute (literally! - he was in the neighborhood doing a drop off I assume), you always request your ride a bit early. So I arrived down at the souq early, giving me some time to get some 'pigeons bathing in the fountain' photos before the tour. 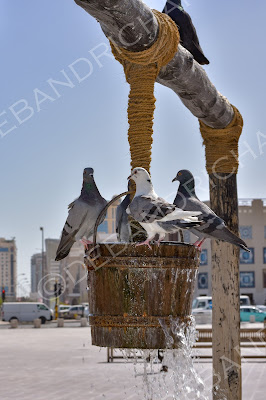 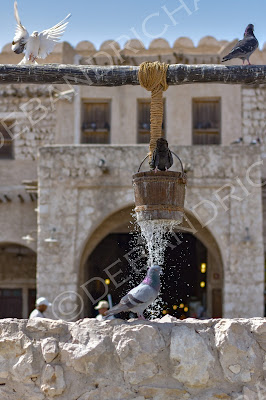 I meandered through the pet souq on my way back over to the falcon souq/hospital. (I may or may not have been thinking a little fish tank would be neat)...holy field trip craziness batman! That was a mistake. I did make it to the souq in time to see the equestrian patrol trot by (I did motion and they were cool with me taking their photos). 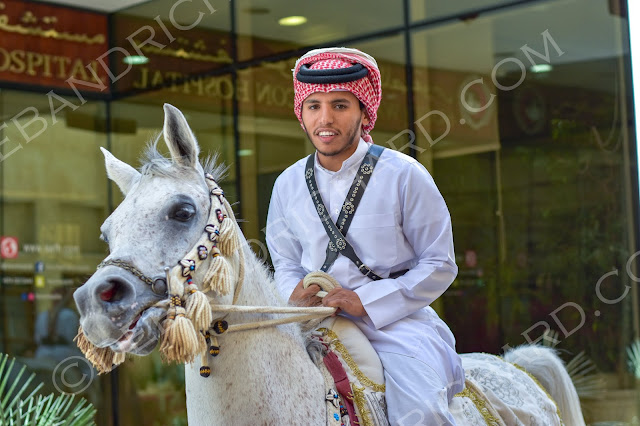 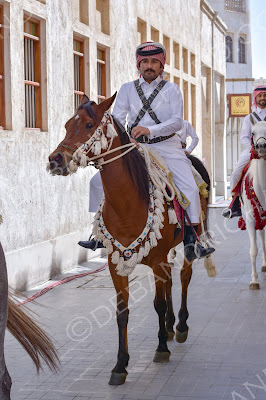 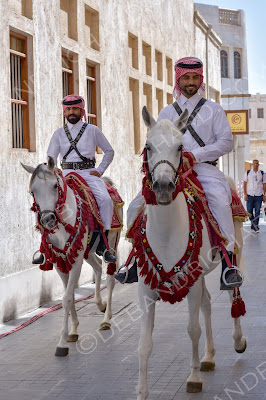 After which, most of our group had arrived and we entered the hospital. 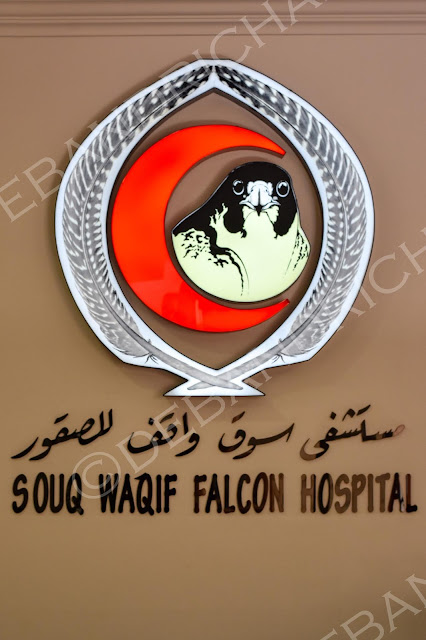 Just your normal hospital with a directory of departments and 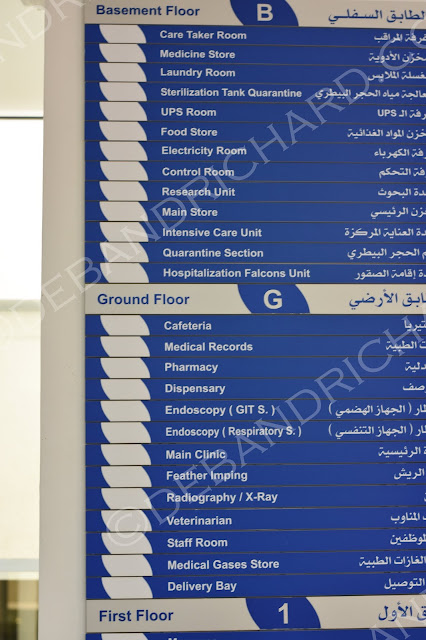 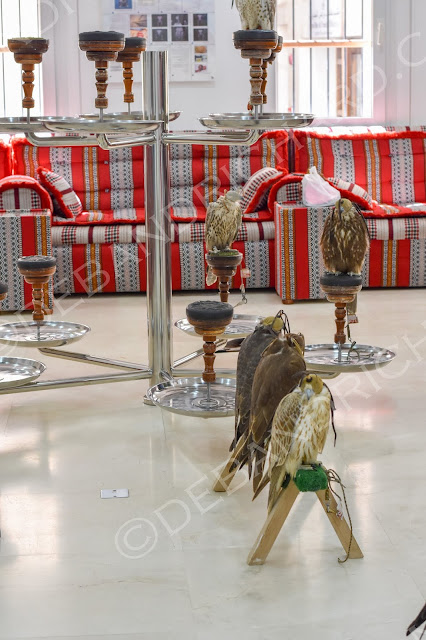 We were taken back quickly, as they had a falcon in the exam room ready for us. The falcon was in for a routine 'well-bird' visit. Given they typically are not the most cooperative animals, they will be put under general anesthetic for ten minutes. So the vet techs/veterinarian must work quickly to get get everything done in the ten minutes they are down and the additional ten minutes it takes them to come back fully alert. They draw a quick blood sample and then gave the bird some some fluids via injection. 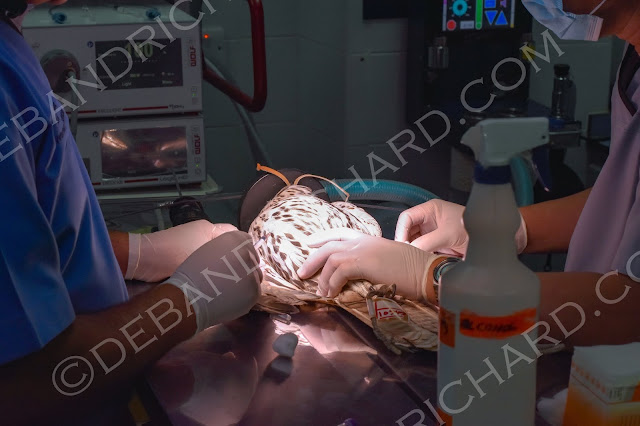 They then inserted a scope into the falcon's crop to check for any infections and close inspection of the eyes. The video isn't too great, but it's still cool.

After that, they did a general body exam. This female had a clogged oil duct that would need to be warmed and expressed and a small infection on one of her claws they would treat. Next they took her to x-ray while still asleep. 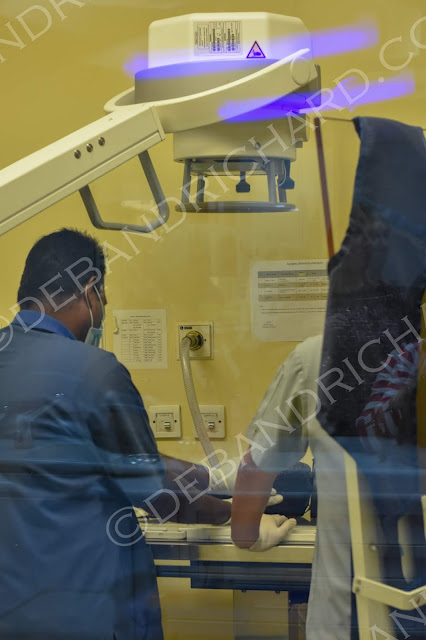 The vet called us over after her x-ray. This same falcon had been in just over a year ago for a broken leg (see left x-ray), which has healed nicely (right x-ray). 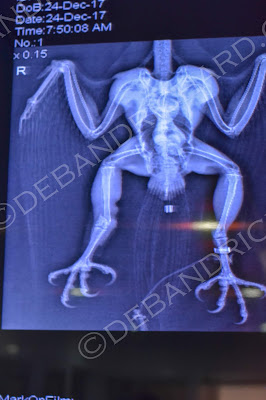 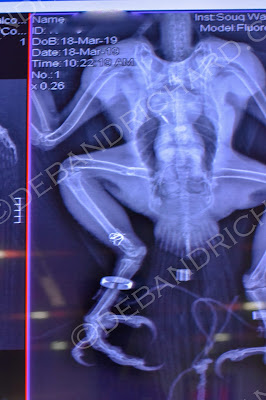 The last thing that will be done to the falcons is a bit of a 'spa' treatment. Their beak and talons will be filled/sharpened. 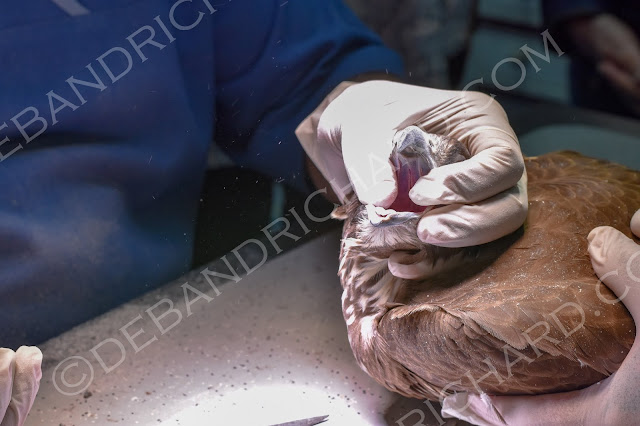 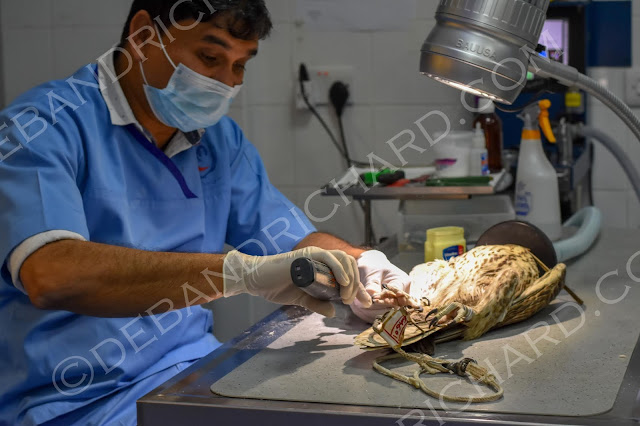 The 'spa' room also had a feather display on the wall. Each wing has 10 different length feathers and 6 tail feathers. 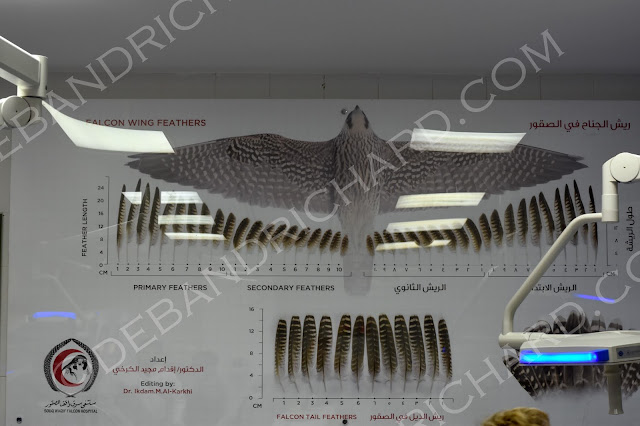 If one of these feathers becomes broken, it will affect the birds ability to fly. What is a falcon owner to do, with a bird unable to fly properly? Implants of course! (technically called feather imping). During molting season, the falcons drop feathers which are collected and stored based on species and feather number. 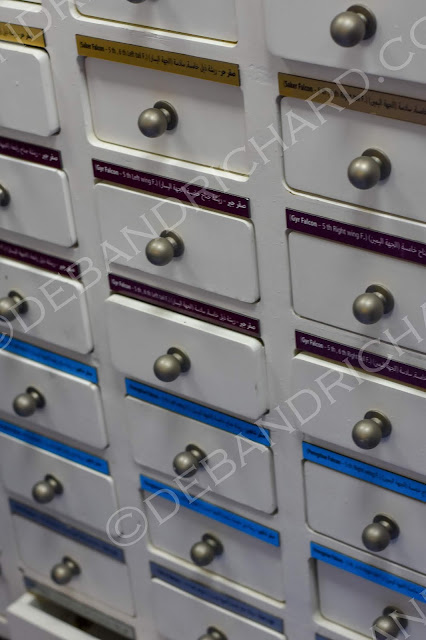 Each of the feathers, can cost a 100 (I don't recall if that was $100US or 100QR). This replacement feather can be put in where the broken feather was, allowing the bird to fly normally again. Breaks can occur at different points in the feather and therefore the repair process will be slightly different. I was quite interested in this part as you can tell! Lol. 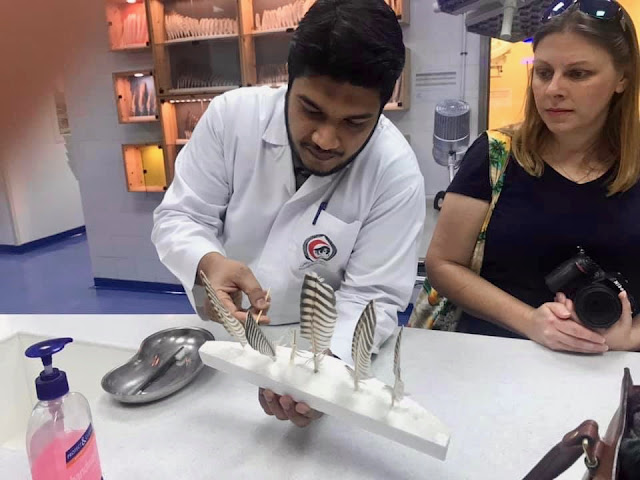 Then just like that, twenty minutes later, the falcon is awake and ready to take on the world! 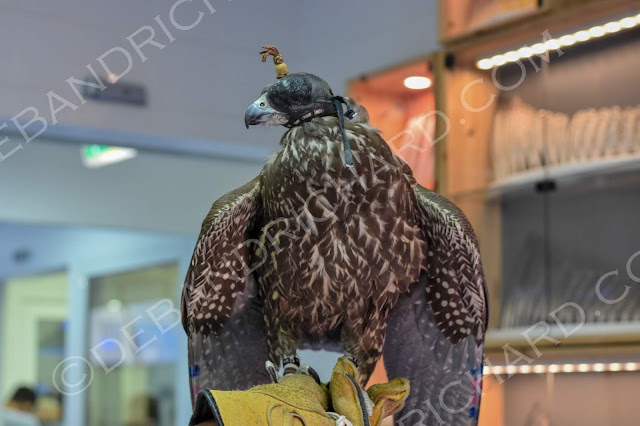 We also got a walk around of the surgery center, genetic lab, export health tests lab, necropsy, to name a few. They also have a little history of falconry museum that is open to the public if you just walk into the hospital. It shows the size of falcon eggs, ranges of different falcon species, assortment of falcon hoods (the covers that go on their eyes), etc. It was really interesting and my inner scientist totally geeked out all morning.
Posted by Deb at 5:00 AM