How to deal with the Minish gene....

So I married into a family of ice cream lovers....but this gene is blamed on a family gene....the Minish gene. Apparently, Great Uncle Dub and his sister, Mary Ruth (Richard's Grandmother) both partook in bowl of ice cream most evenings after dinner...therefore the common source and leading to the name of this gene. Mary Ruth passed this gene on to my father-in-law, who sneaks his ice cream after my mother-in-law goes to bed....but then leaves the evidence in the kitchen sink. Richard also got the gene and every time we are heading back overseas after being stateside - he tells me I need to remind him next time to not go to out for ice cream/milk shakes so much. So we were curious when Clarissa was born if she would have the "Minish" gene. Therefore we grabbed the camera and documented her first time having ice cream. 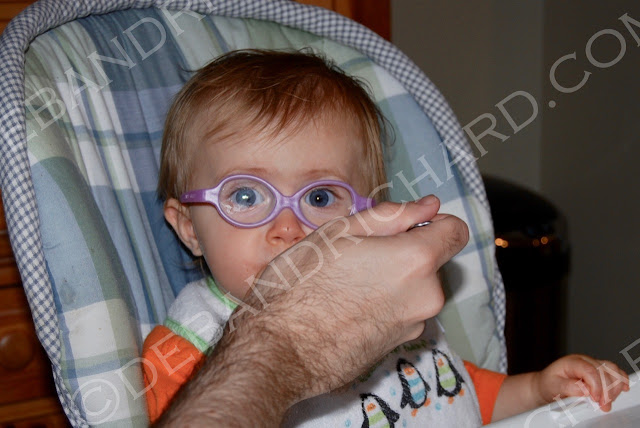 Her eyes got so big with that first taste of ice cream! And so began her love affair with ice cream. Without looking too hard, I found multiple pictures of her over the years eating ice cream. While happy with her self-sufficiency when it comes to making her own breakfast, she has been busted having ice cream for breakfast!! 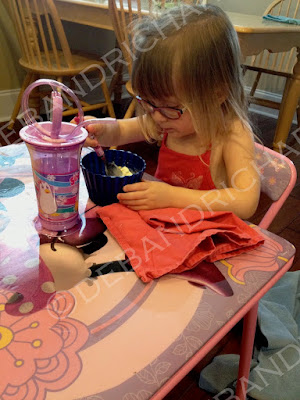 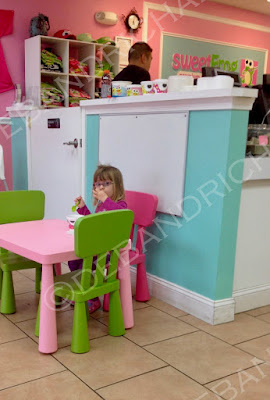 She even opted for ice cream instead of cake as part of one of her birthday parties....(and check out Richard still eating his ice cream while everyone else is singing happy birthday...lol). 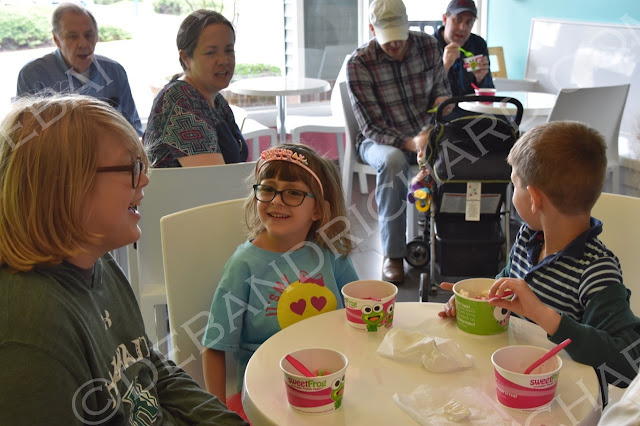 This past summer, my sister-in-law and I went to a pottery painting place and she painted an ice cream bowl for her and Richard....with a line down the middle so they each get half! 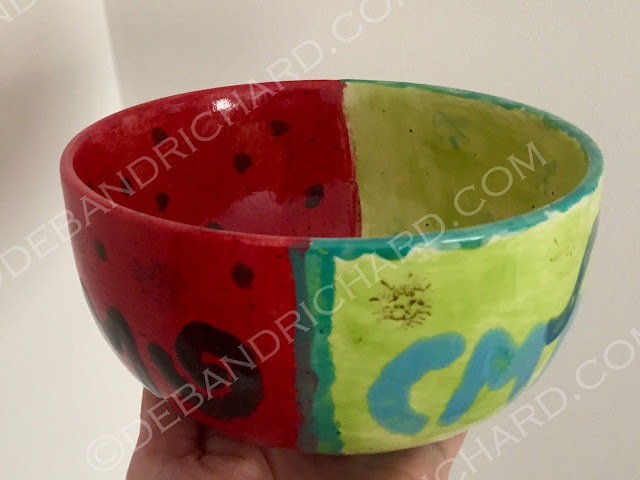 So as one might imagine, our household tends to empty a large number of ice cream containers pretty regularly. Overseas, the containers are typically plastic. At our past two posts, these ice cream containers were in high demand by locals as they were good sized square/rectangular boxes making them perfect leftover containers. So we would give them to our household staff. Here, our housekeeper has not expressed any interest in them and as typical overseas recycling is quite difficult. So the treehugger in me had to come up with a use for all these containers. Pinterest didn't even help me as this size/shape container is not typically found in the US...so why come up with a use for it. So I winged it and am quite proud of how it turned out! 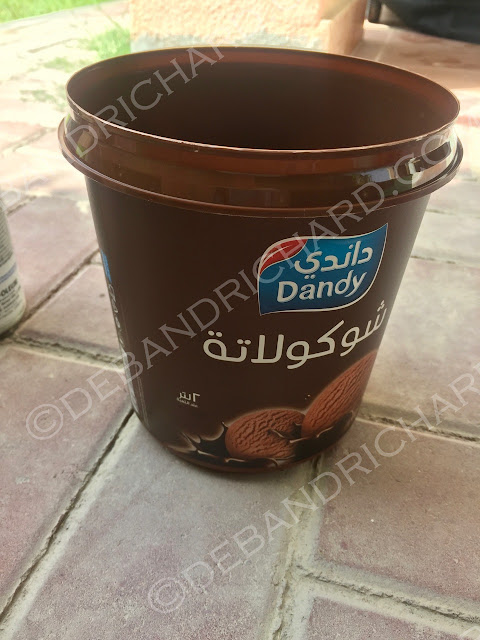 I started with a typical container. They come in all sorts of colors depending on the brand and flavor you get. So I decided to keep a bit of that color as an accent and used painters tape to cover the rim of the container. 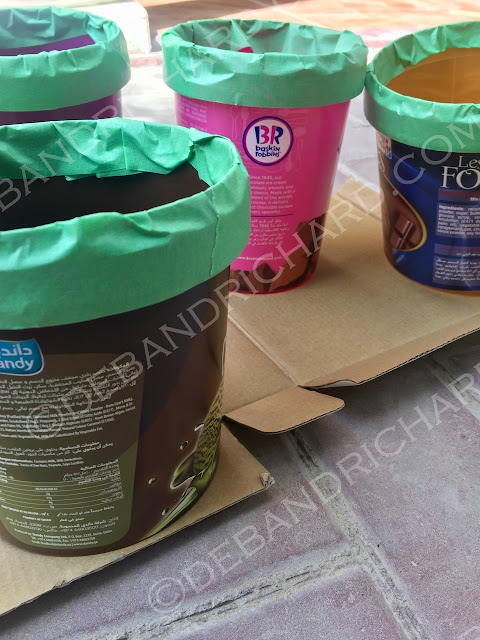 I then took some spray paint I had bought (that I felt would look nice with the rim colors) and sprayed the outsides and bottom of the ice cream containers. 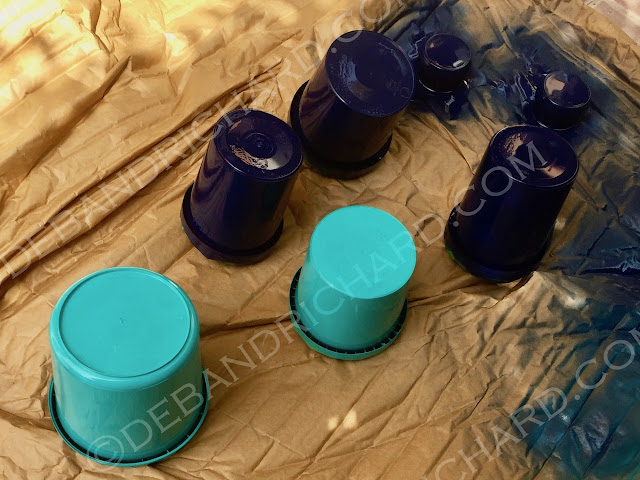 After they dried, I took off the tape. I think they turned out pretty great! 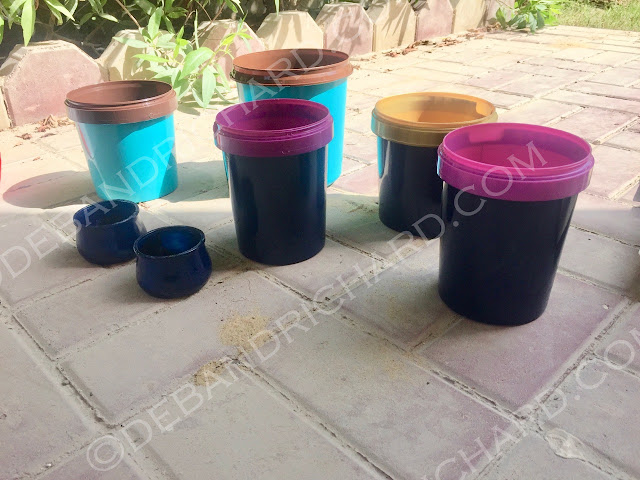 Afterwards, I repotted a basil plant and planted some flower seeds. They work out great as since when we move we can't take plants with us and then we aren't spending a fortune on flowerpots that would likely give away....and I'm finding a use for the empty ice cream containers. 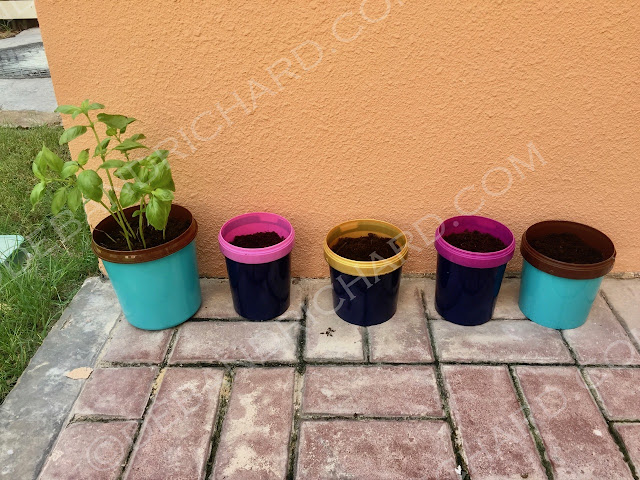 We also had some glass yogurt bowls that I also sprayed painted for some mini cactus plants. 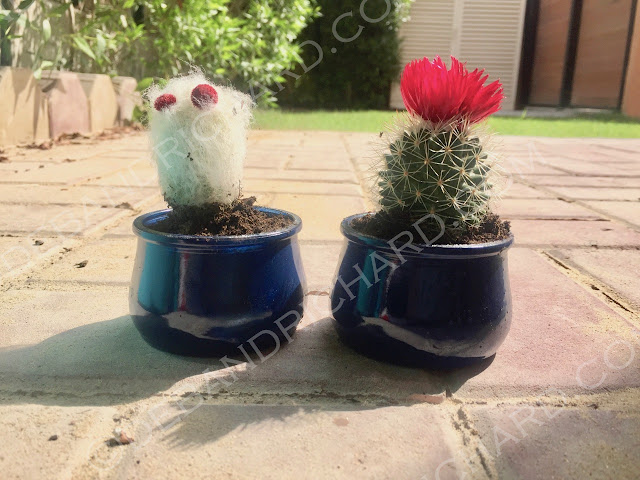