So not sure if we have ever explained what R&R is....(I don't think we have)....but R&R stands for Rest and Recuperation...pretty standard....but R&R from what and how frequently....you ask? To paraphrase the official definition it means life at post must be pretty rough or have sufficient difficulties to justify a break for the the employee (Richard) and family (me, Mason, Clarissa) during our assignment. Some examples of the factors that are weighed when determining if a post qualifies for any R&R's are climate, isolation, inadequate transportation within the country, lack of adequate recreation facilities, unsanitary conditions, lack of adequate medical or dental care, prevalence of communicable diseases, unusual personal hazards, excessive cost of transportation from the post to a suitable relief area.....the list goes on....but just to give you an idea. Suva, Fiji qualifies for 1 R&R for a 2 year posting or 2 R&Rs for a 3 year posting. So it falls into the 'life is a little rougher at post and breaks are needed to keep up employee morale' category. Countries in places such as Western Europe are rather modern and similar to life in America....you do not get any R&Rs (you can however taken personal vacations). Given we are here for just over 2 years...we only get 1 R&R.....so back in April.....we took it!!!

On Thursday, Richard worked a half day, the kids went to school, and I finished packing everyone up. When the bus dropped the kids off, they took showers and we headed to the airport for our journey that seemed to never end! 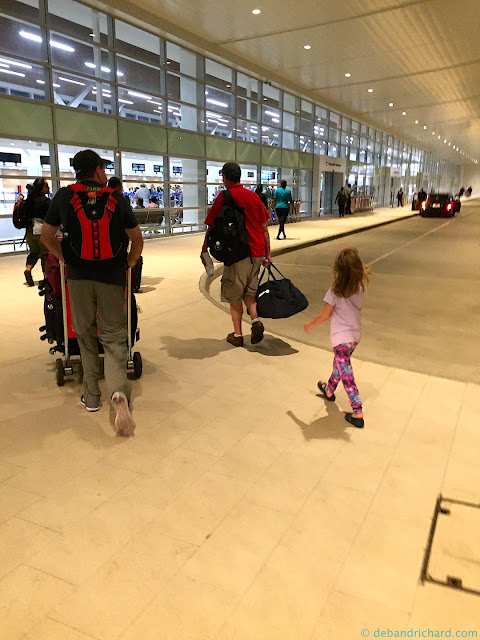 Here we are entering the newly remodeled international terminal in Nadi, Fiji. With a track record of 2 for 2, it appears if we get posted in a country: they will get begin airport terminal remodeling! We flew across the international date line and got to relive Thursday, unfortunately it occurred in the LAX airport. After taking a second red eye, four flights, nearly 14 hours in layovers between said flights....counting check-in time prior to the first flight's departure....we got from Suva, Fiji to Charleston, SC, USA in a mere 32 hours! We made great time! After showering off days worth of airplane funk, we quickly got down to business: got our flu shots, picked up toiletries at Target, and got a meal at our favorite restaurant under the sun! (Disclaimer: this photo was taken at another time eating at that establishment....we powered thru and did not nap that day. It was tough, but I do think that helped get over jet lag quicker....eating was hard enough that evening...let alone thinking to take a photo to savor the moment...lol). 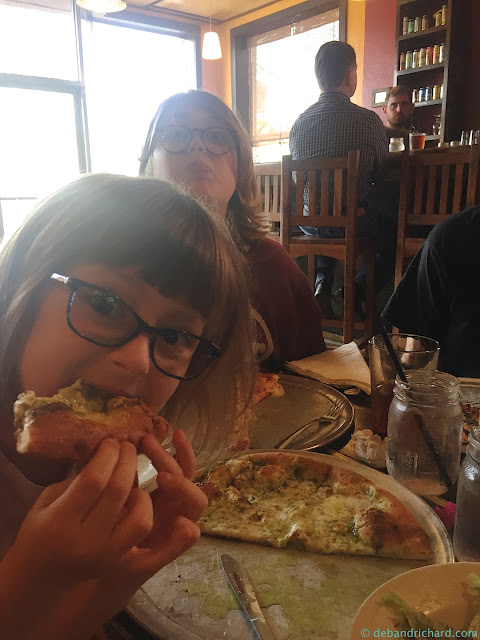 Clarissa crashed on the way home from dinner, I crashed about an hour later and the boys weren't too far behind me. We all slept for a solid 12 hours!! We did a good bit of yawning our second day (but not because we were tired) and all headed to bed about an hour earlier than our "normal" time. The third day, we were a little snappy at each other. By the fourth day, I'd say we were over jet lag. So for an 8 hour time difference, that was pretty quick! I'm sold on the power thru-no nap method!

Anywho, back to our second day of fun! Richard and I did a bit of shoe and clothing shopping sans kids in the morning (I don't know if they ever noticed we were gone with so many channels on TV and unlimited wifi...lol). That afternoon we went to Ghost Monkey Brewery. Back in his Gov't contractor days Richard worked with Holly and Jim. Jim is one of the co-founders of Ghost Monkey! Jim is one of the brewers, while Holly helps with some of the behind the scenes logistical stuff. 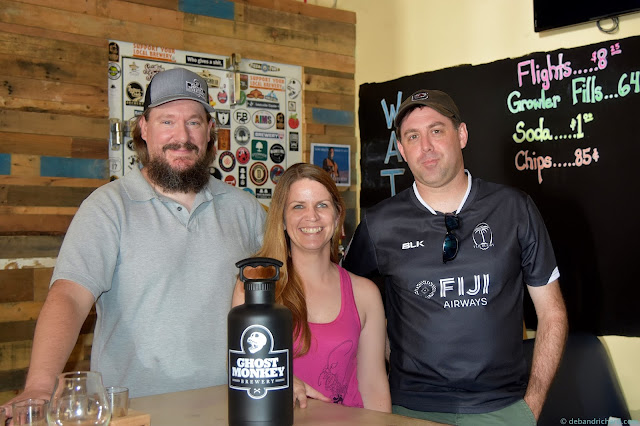 Ghost Monkey's grand opening was in July 2016 (so not since we've been stateside). Prior to their opening they did some fund raising and offered an opportunity to be part of the Founders Club...since we were friends, we wanted to support their endeavor (who doesn't like craftbeer?!?) and signed up....got some sweet swag (such as our stainless steel growler we brought with us to be filled) and a Founders membership...so this was also the first chance we had to finally do a little sampling of the ales. 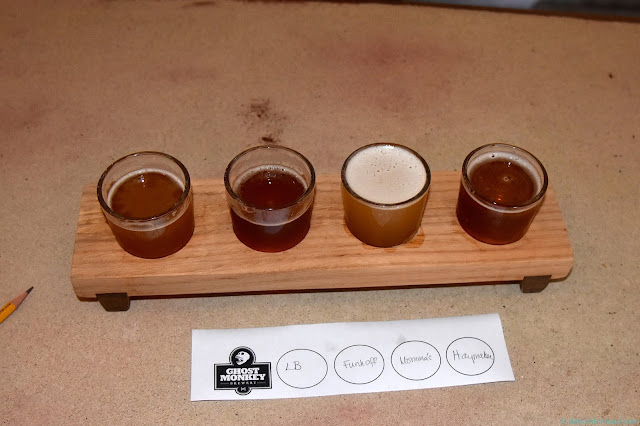 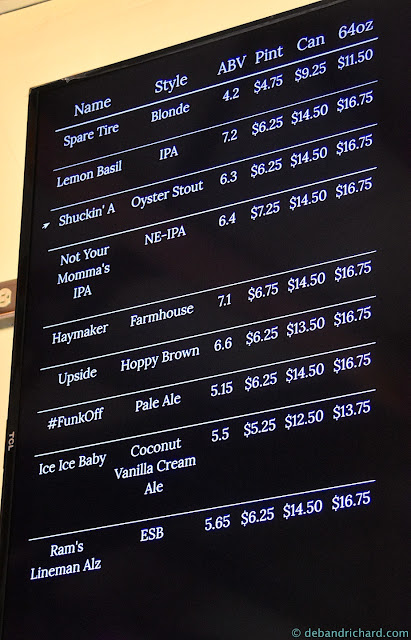 Ghost Monkey is doing pretty solid. They only sell at their brewery (primarily weekends (and special evenings) and will have food trucks on site (check their Facebook page to know what food trucks/special events). Most weekends they will sell out. They are their only distribution point currently but hope to expand that. It's kind of exciting watching a "brewery birth". Here is their super fun wall of taps. 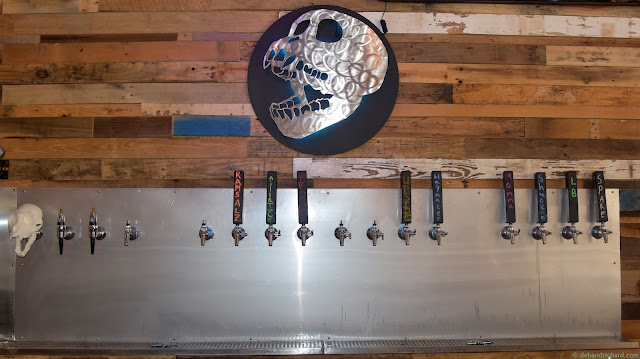 The next week was jam-packed with assorted doctor/dentist/vision appointments mixed in with a dash of catching up with friends and family. Here are some highlights:

Mason and Kate hung out one day (they've grown up a bit since the last time you've seen her!). Kate's mom and I got a chance to catch up as well. Not sure who enjoyed themselves more....the kids or grown ups....we'll let them think it was all for them...lol. 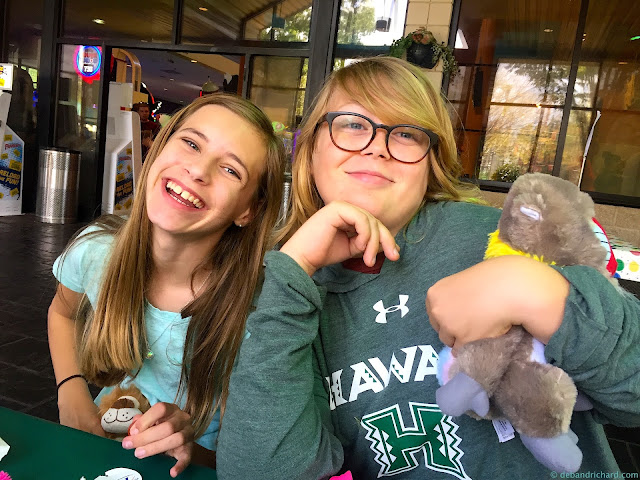 One the way to one appointment, we stopped at Boone Hall Farms and picked strawberries!! We timed our trip perfectly in that regard! Local strawberry season had just started! Yummy! 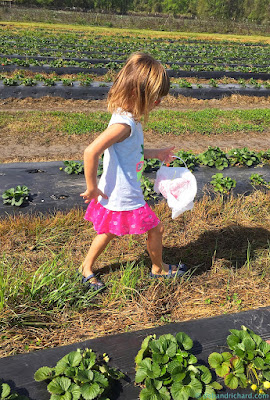 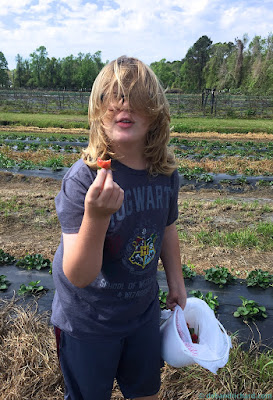 It should be noted that somebody also needed (and got) a haircut! 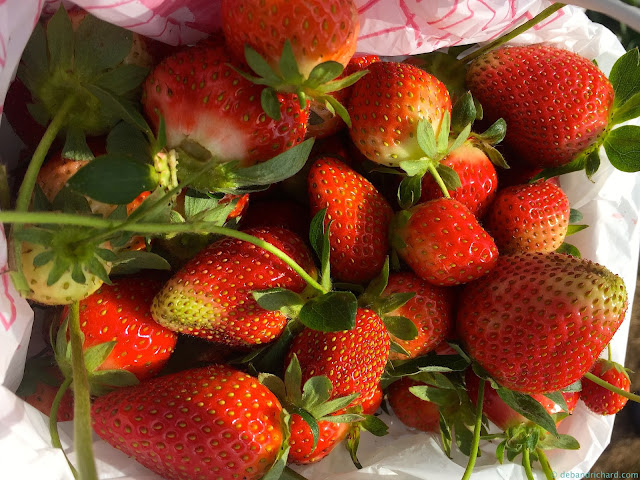 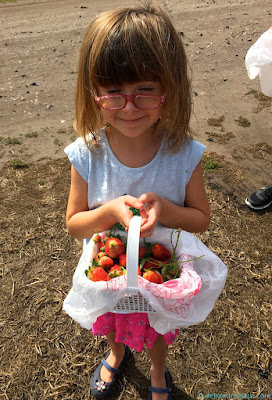 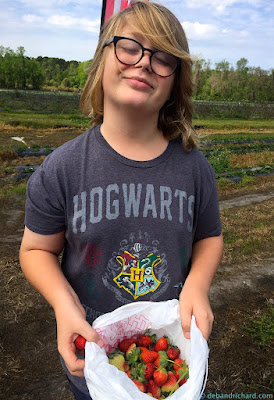 Mason and his friend Alex (and both younger siblings) went to one of those indoor "jump-aline" (as Clarissa calls them) places....super fun for an hour. We then had an early lunch at Sonic....I used to always laugh at students taking selfies....so I got a pic of them hamming it up for a selfie.... 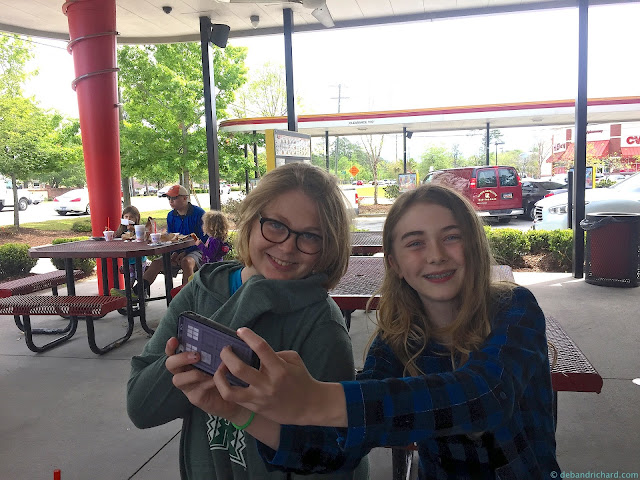 We enjoyed a delicious dinner and a beautiful sunset with my friend from graduate school, don't you agree! 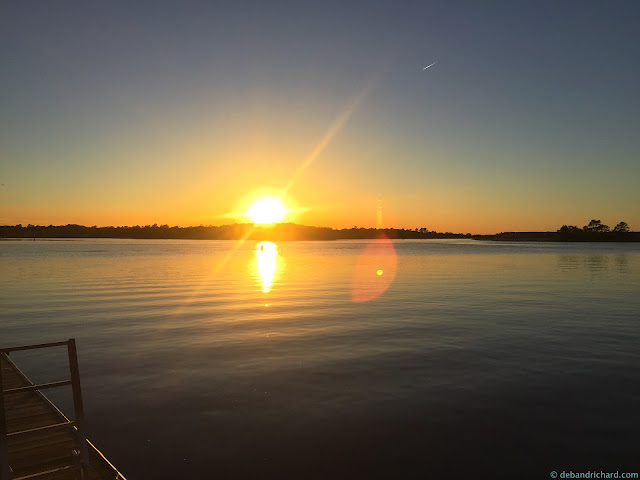 The mermaids from Weeki Wachee Springs in Florida happened to be up at the South Carolina Aquarium for three weekends (two of which we were in town for). Clarissa loves mermaids and Mason had some international sand to trade in at the trading post. So we spent a morning at the aquarium. We used to have a membership, so it is always nice to visit and see what's new. 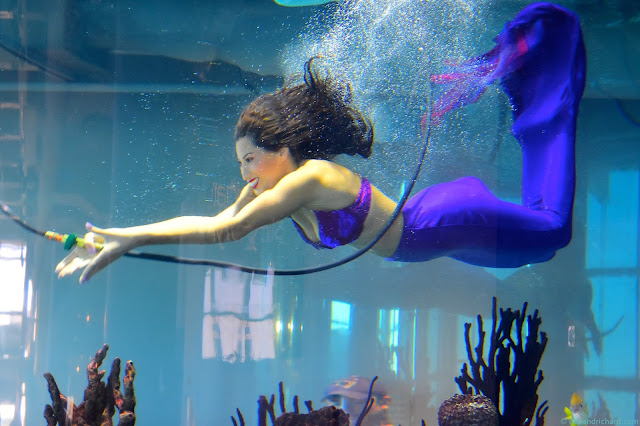 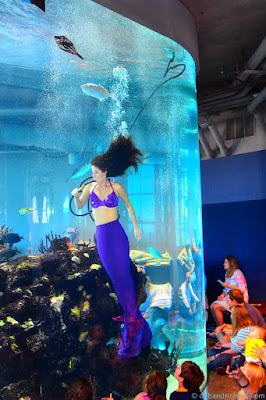 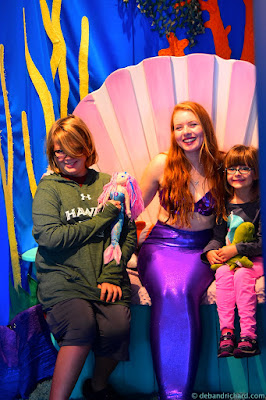 Besides the mermaids, they had lot of fun lego exhibits, either as animals next to the exhibit or as part of the habitat in the tank 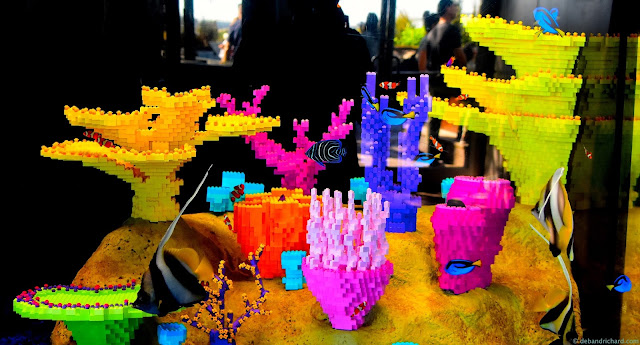 or as the the popular face cut out boards. 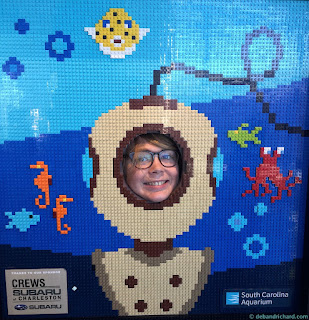 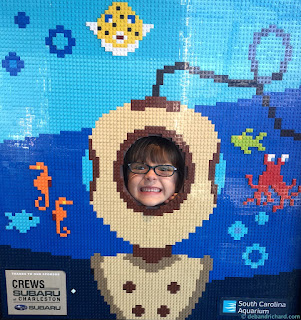 We were able to catch up with Richard's brother, wife and kids for dinner. Clarissa took some cousin selfies...too funny! Need to teach her 'how to avoid double chins in selfies'...lol. 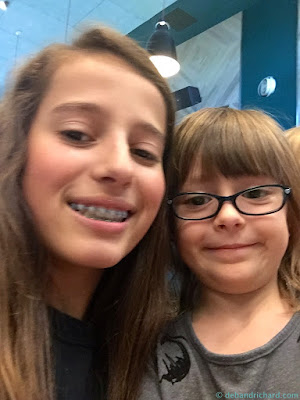 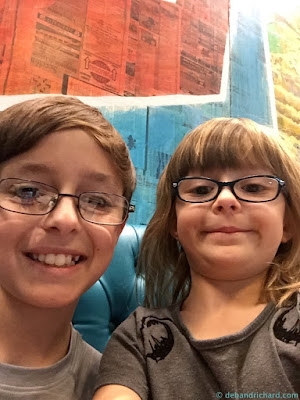 Nana got a great 'all the grands' shot! 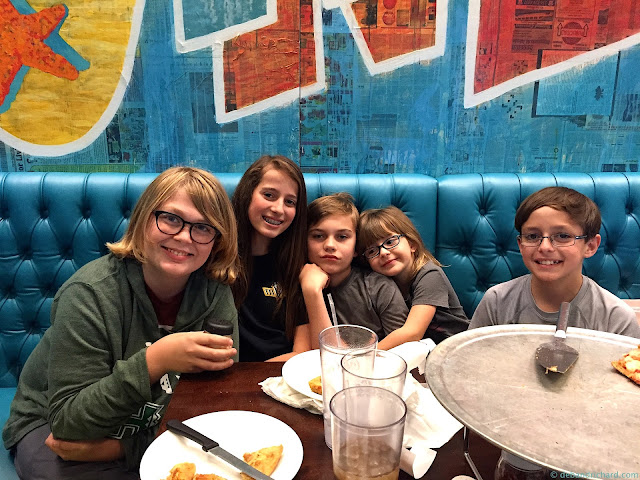 Clarissa celebrated the first of many birthday parties (that is whole other post of its own!). She also had a tea party with Belle (and special guest Cinderella!). They had pink lemonade and a cupcake. Belle read Clarissa a story and they chatted. It was at Princess of Tides, which is every little girl's dream store. They sell princess dresses (but machine washable non-itchy kind) as well as tutus, 18" doll clothing, gymnastic clothing, tiaras, bows, etc. They also do camps and tea times with Princesses (much more affordable than a trip to Disney!). 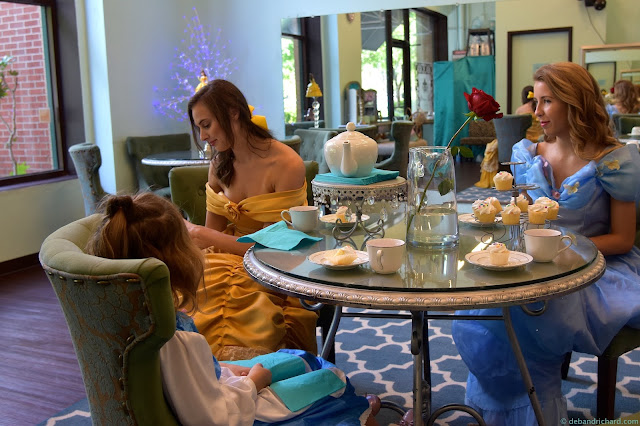 She used to be so shy, but she is starting to get over that for the experience with the princesses. 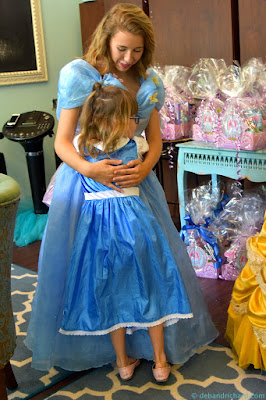 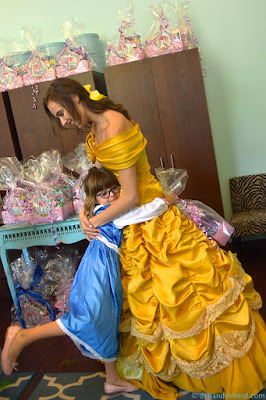 Ironically, we failed to get any photos with my in-laws. Oops....I guess since they had just visited us earlier this year we didn't think to take more photos...(to be fair I checked and they didn't take any either...lol).

Unfortunately, while we were in Charleston, one weekend a super special event occurred up in North Carolina (a 10 hour round trip drive just wasn't in the cards for us). Richard's grandfather turned 100 years old and there was a birthday party to celebrate it. I did borrow this photo of Pop (and his 96yo wife Mamaw) from the party. Happy 100th, you crazy centenarian! 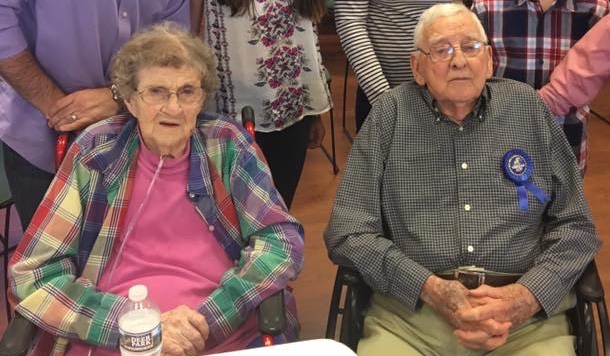