Day of the Dead

Well actually it was just a morning. Richard was off for a US Federal holiday, but the kids still had school. Since it was also not a Georgian holiday or a weekend, we decided it would be the best time to visit a cemetery up the street from our house.

Richard had heard about the very elaborate Eastern European cemeteries and I had gotten a quick glance when our GPS routed us through a cemetery (still don't understand that). At a cultural orientation, we found out every year on Easter Monday Georgians will visit the graves of deceased family members and have a feast/share a glass of cha-cha (Georgian moonshine) at the grave site. So we saw lots of plots with small picnic-like tables.

It appears he was pilot for the UN. He had one of the most elaborate plots. 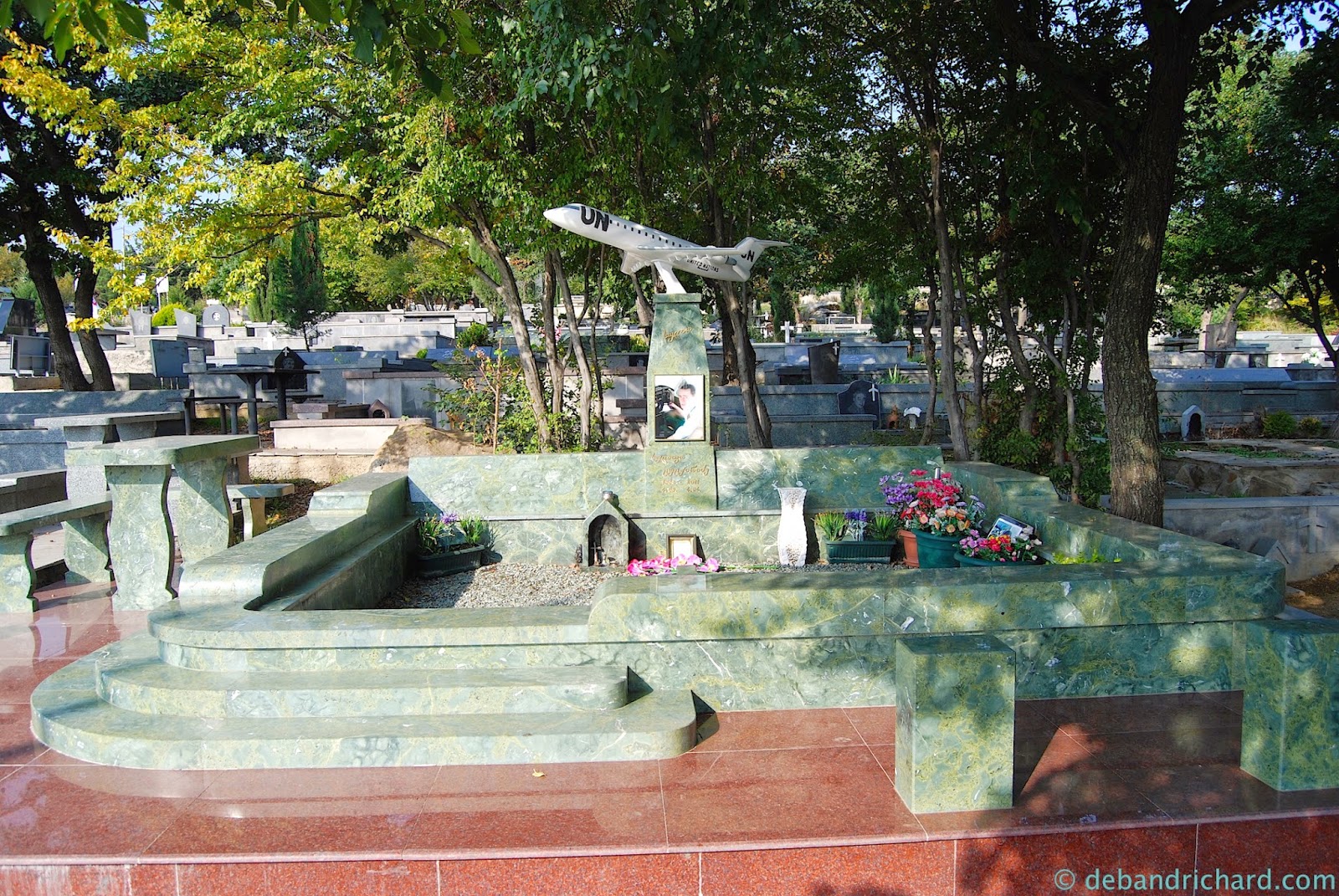 Note the cup of cha-cha left for the woman. 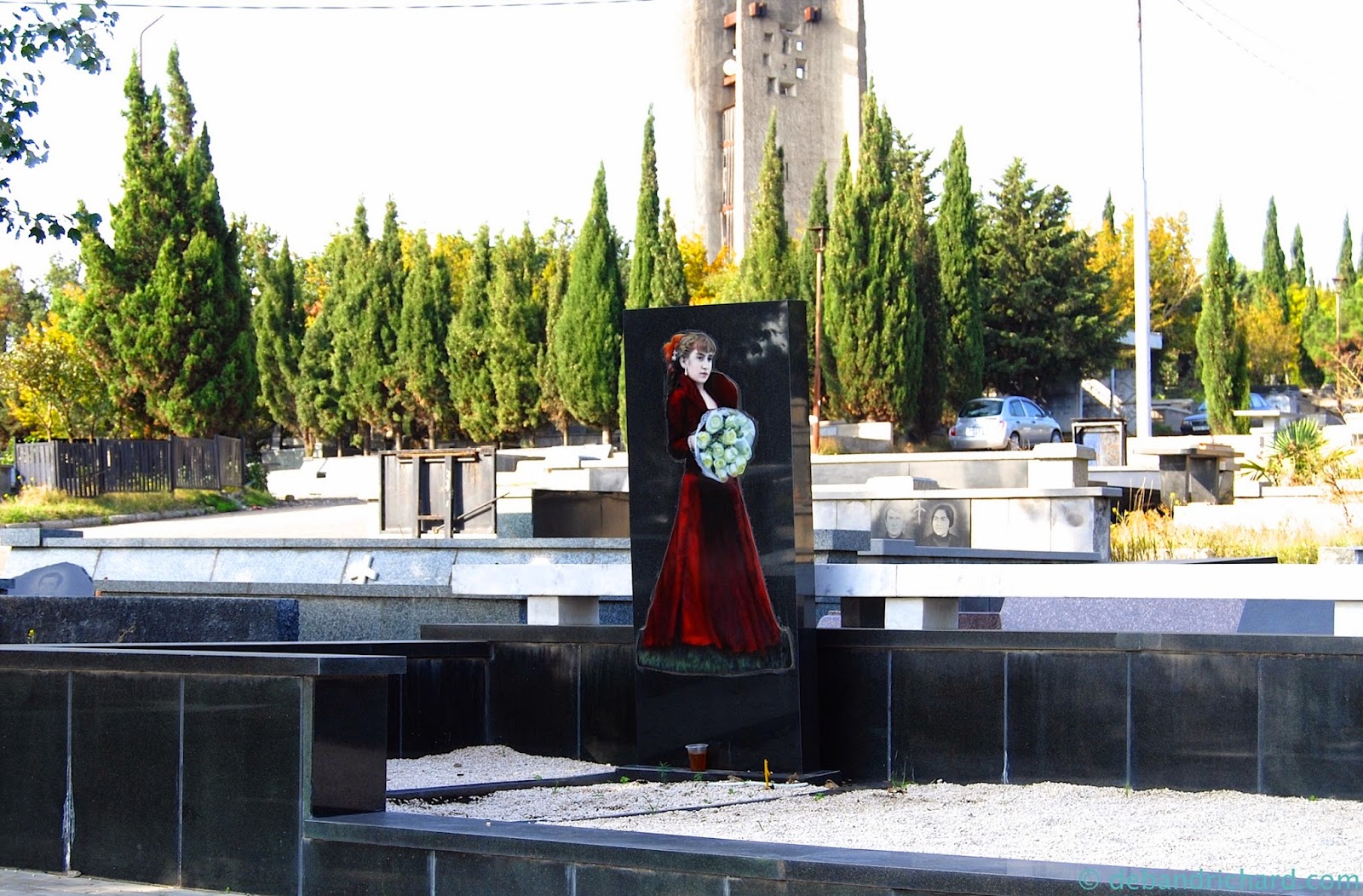 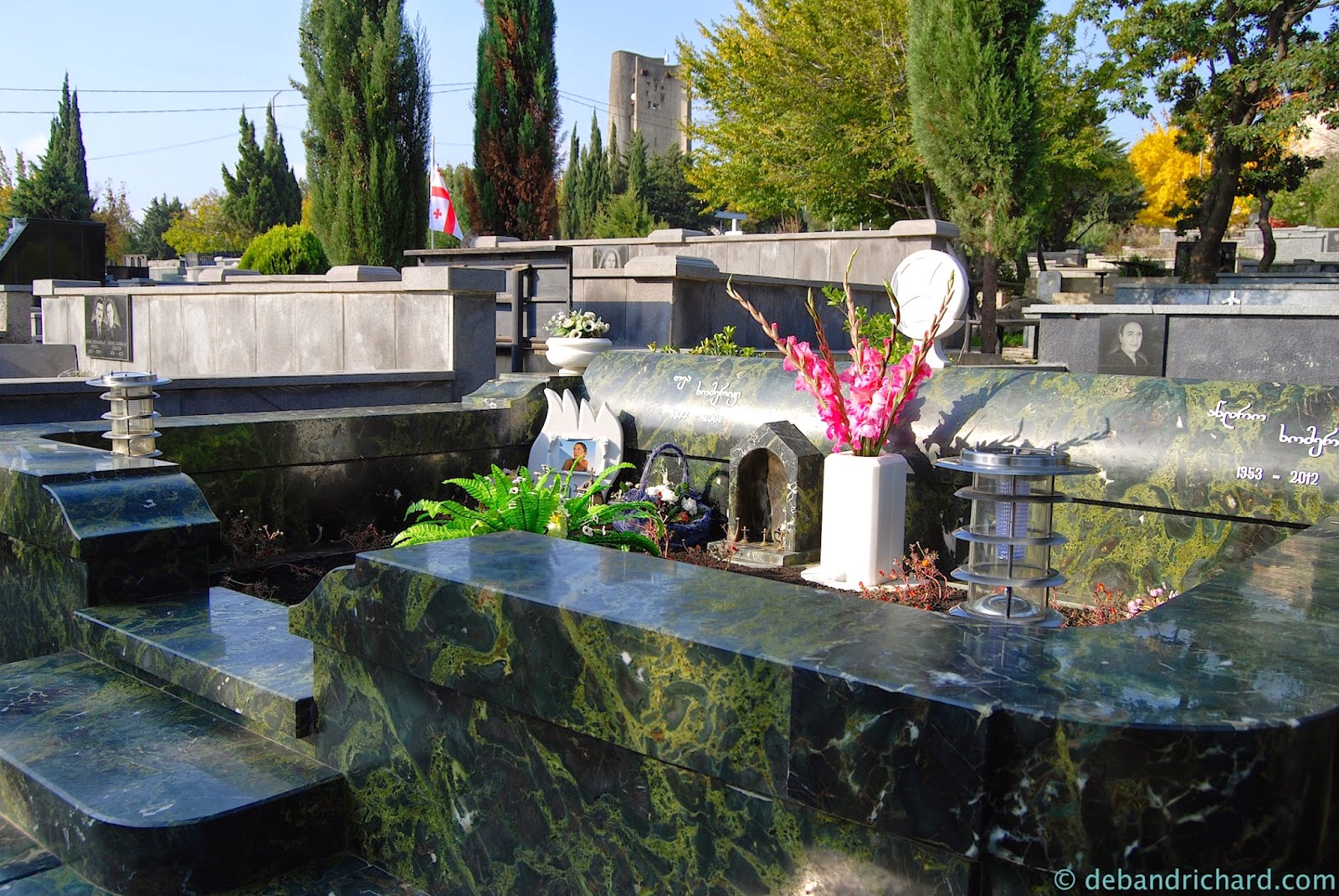 An abandoned church towards the middle of the cemetery. At the cultural orientation, it was mentioned that it is common place for funerals/wakes to be held in the family's home (so I'm not really sure what the function of this building was). 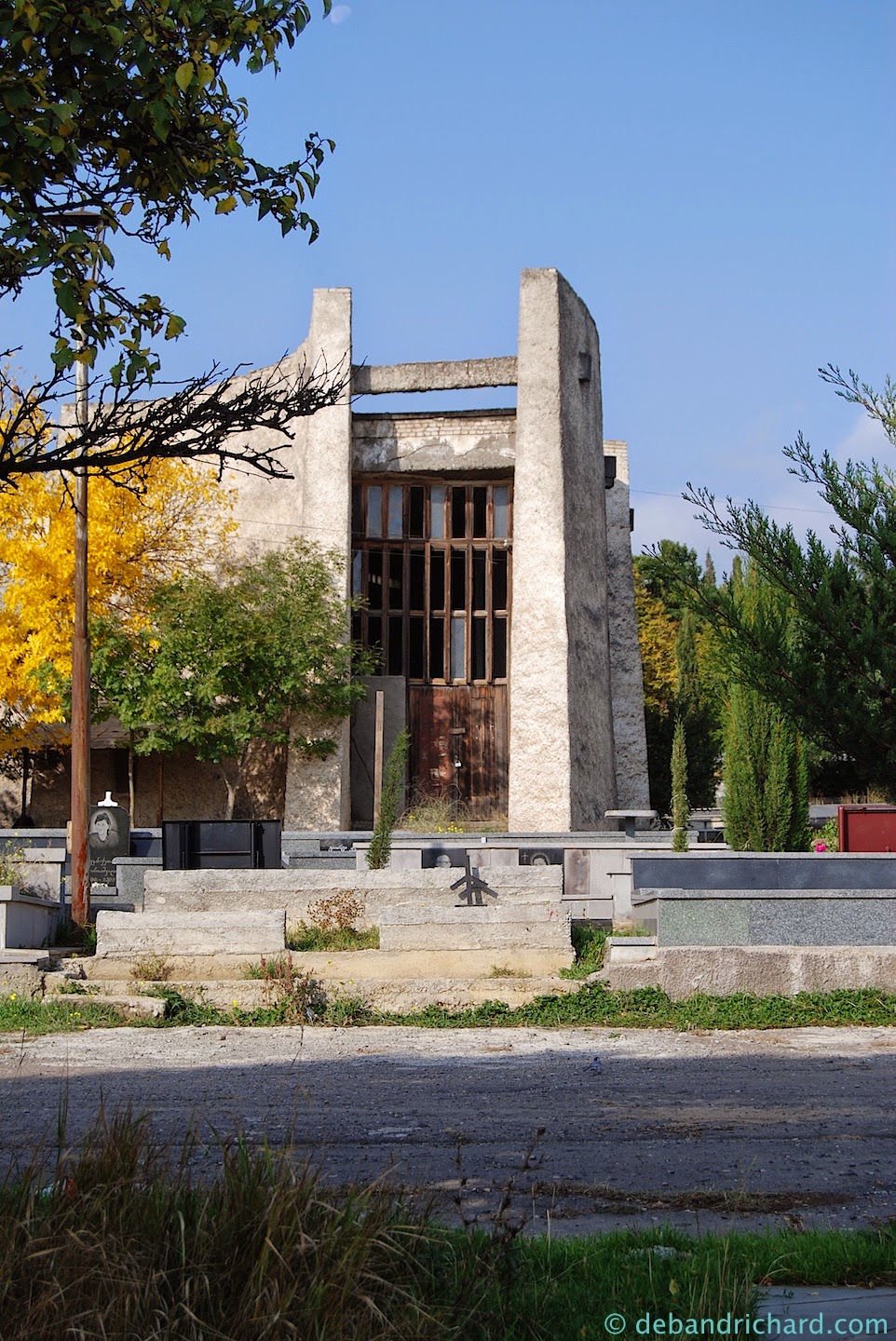 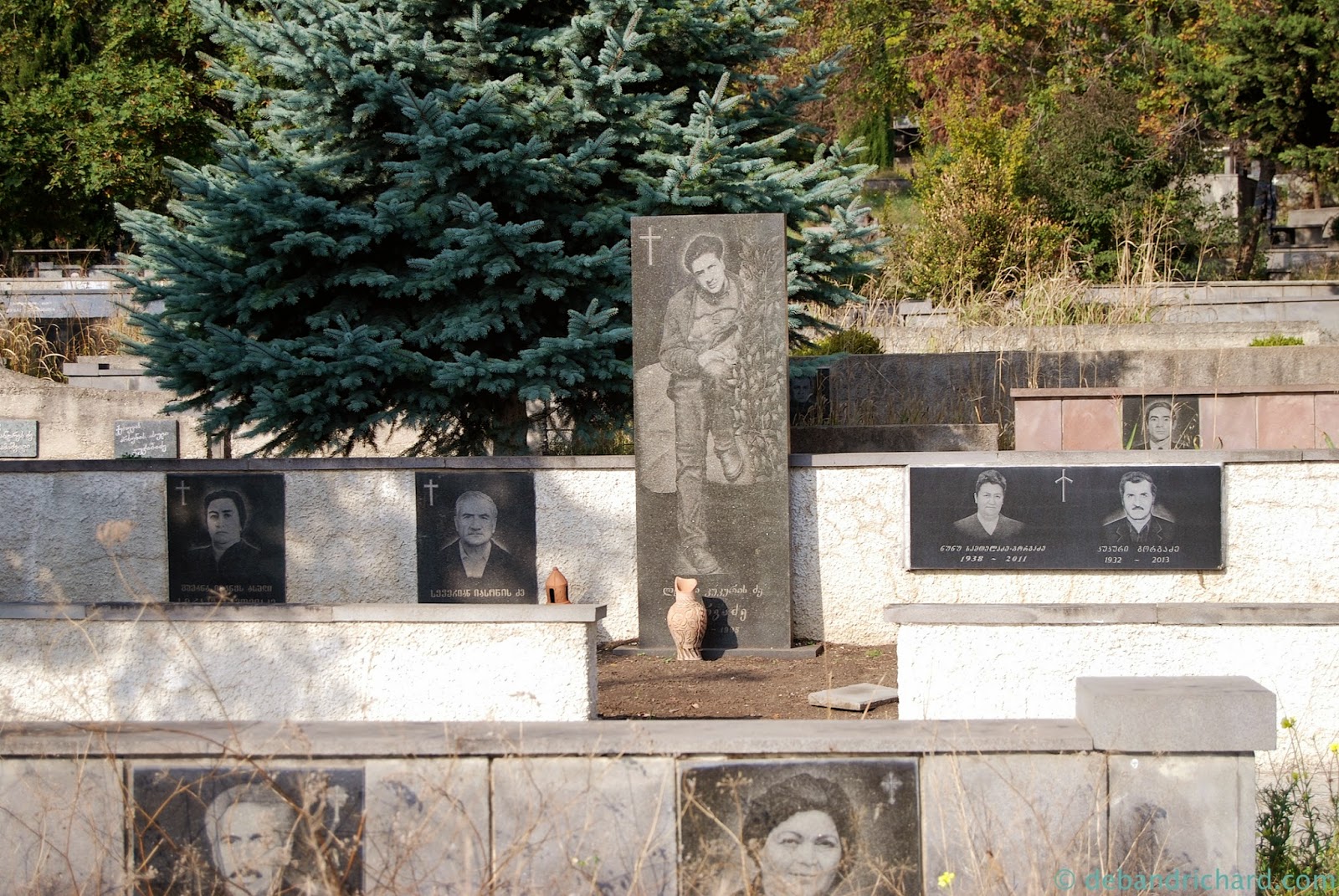 The moon was still out that morning. 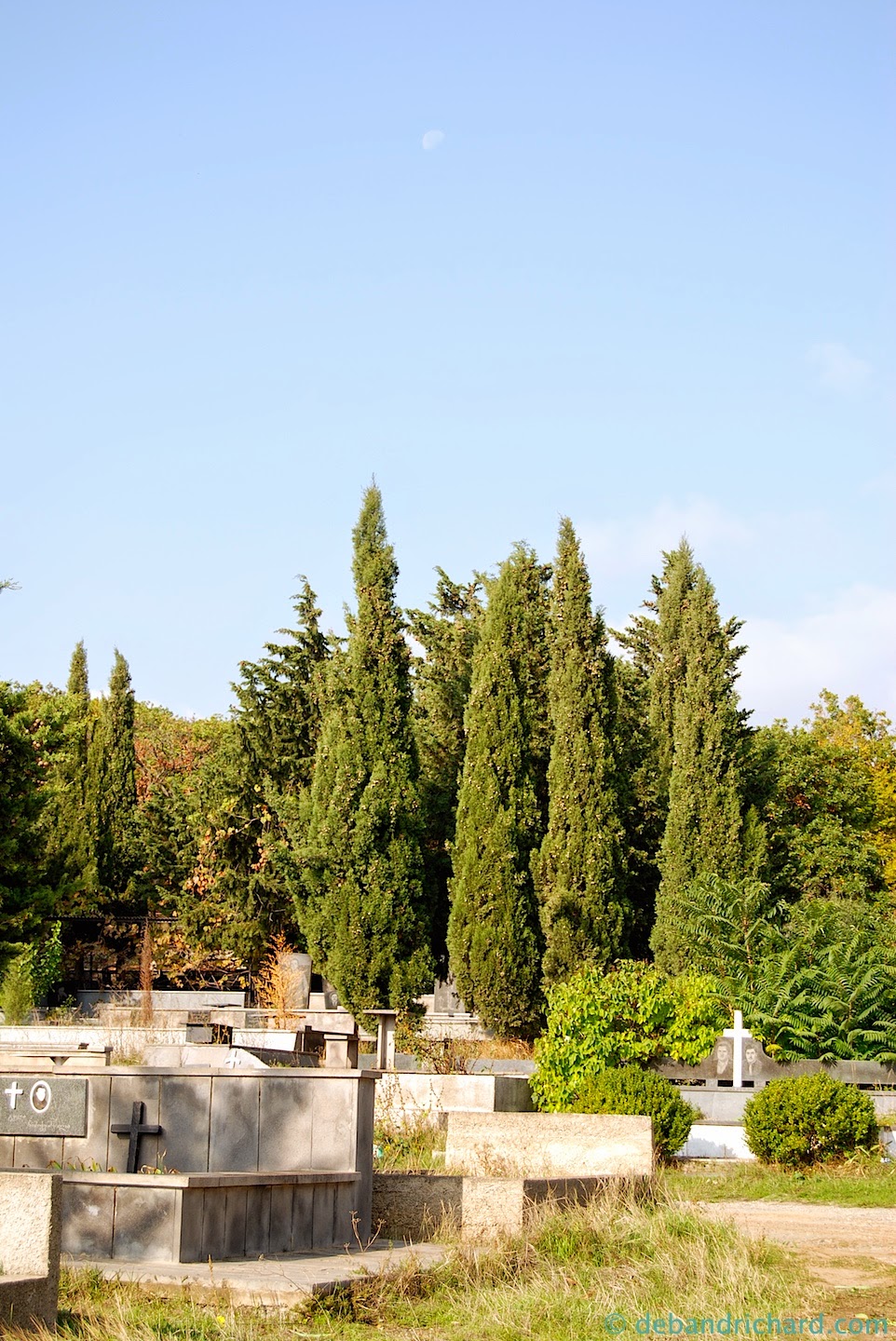 The guy in the chair looks like he's walking towards us. Note the picnic table in the front right. 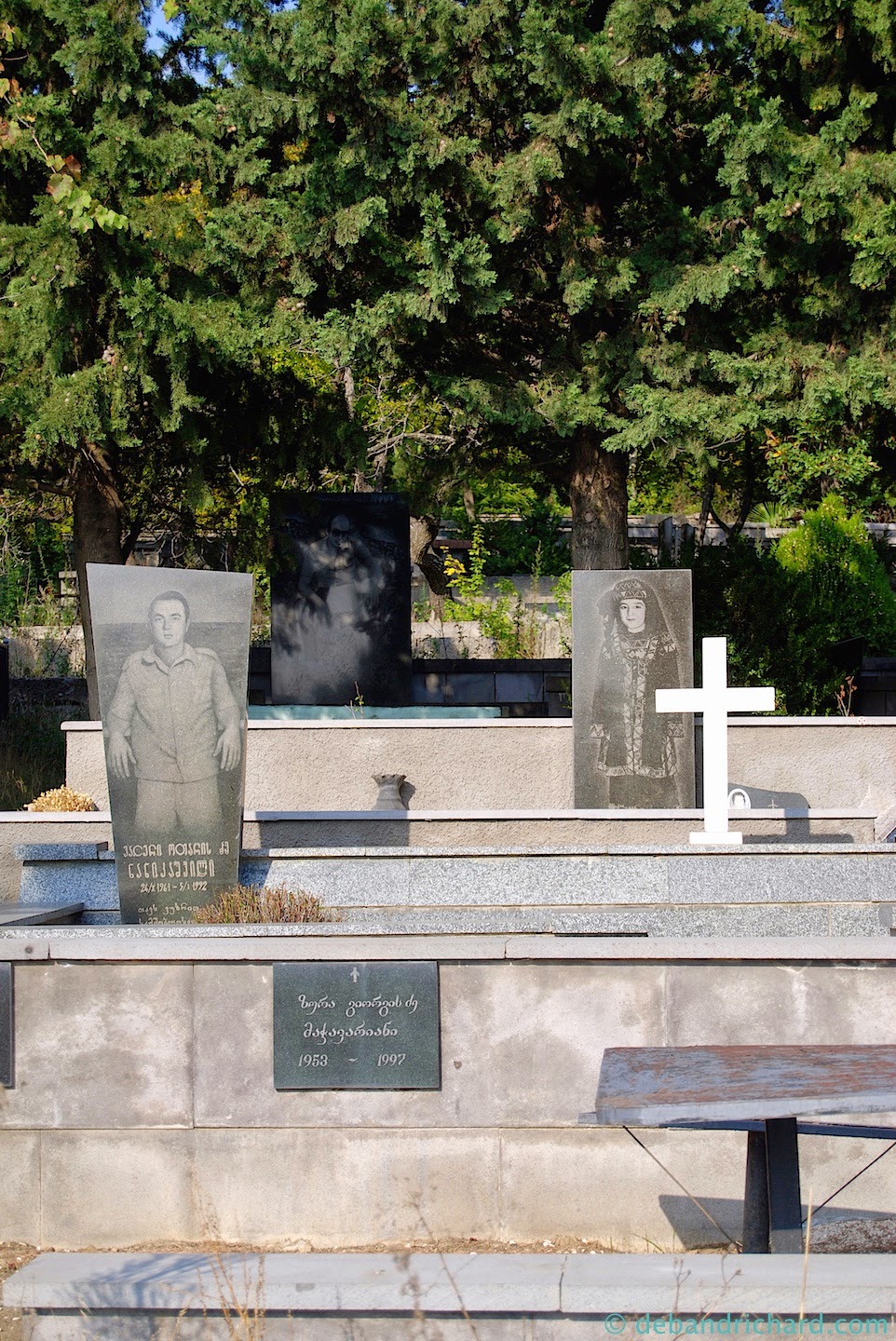 From the top of hill, overlooking the cemetery. 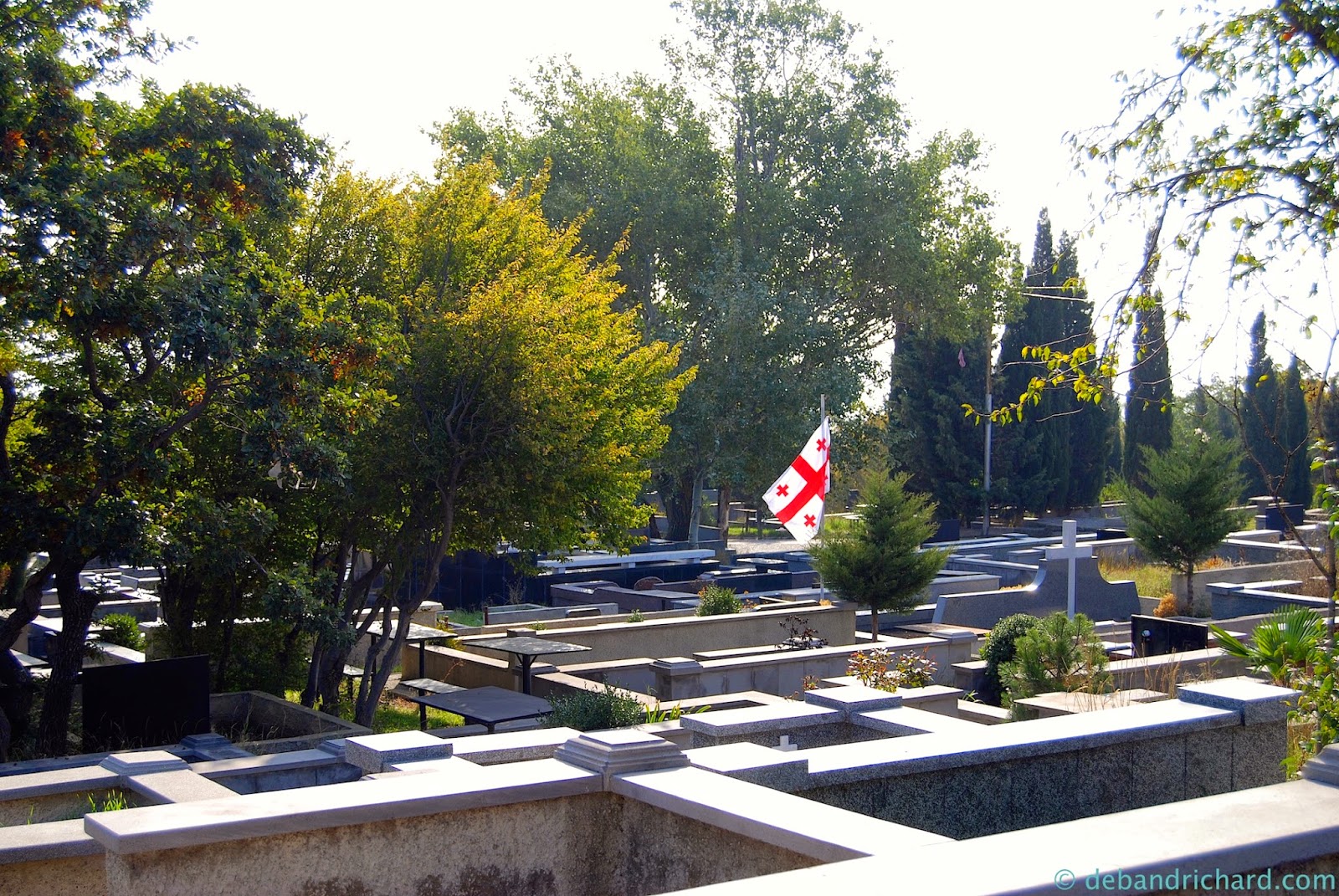 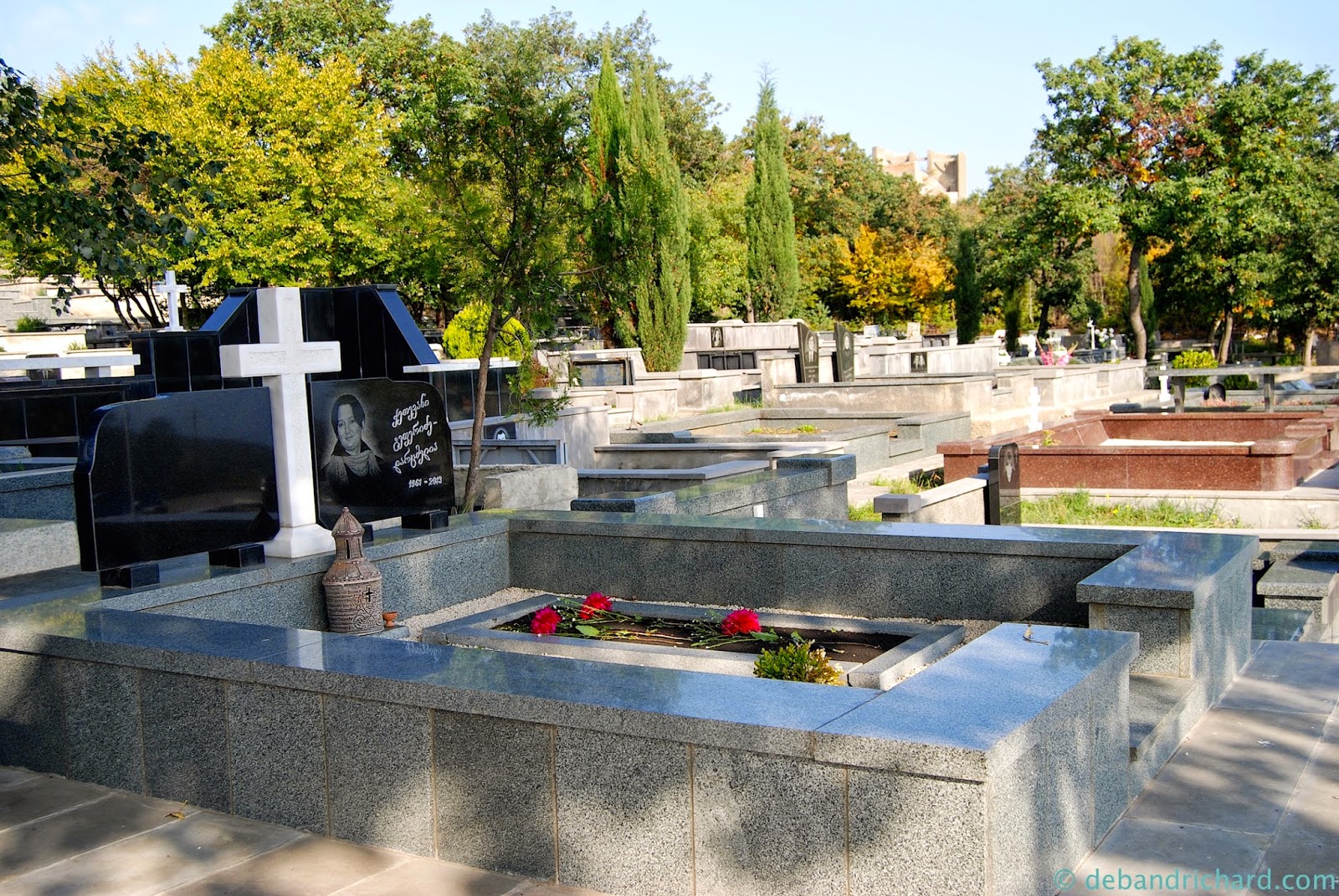 I'm guessing that is a shoe-shaped wine bottle brought to drink with the deceased. This was one of the only graves that appeared to have birth/death dates. Most engravings listed only the years. 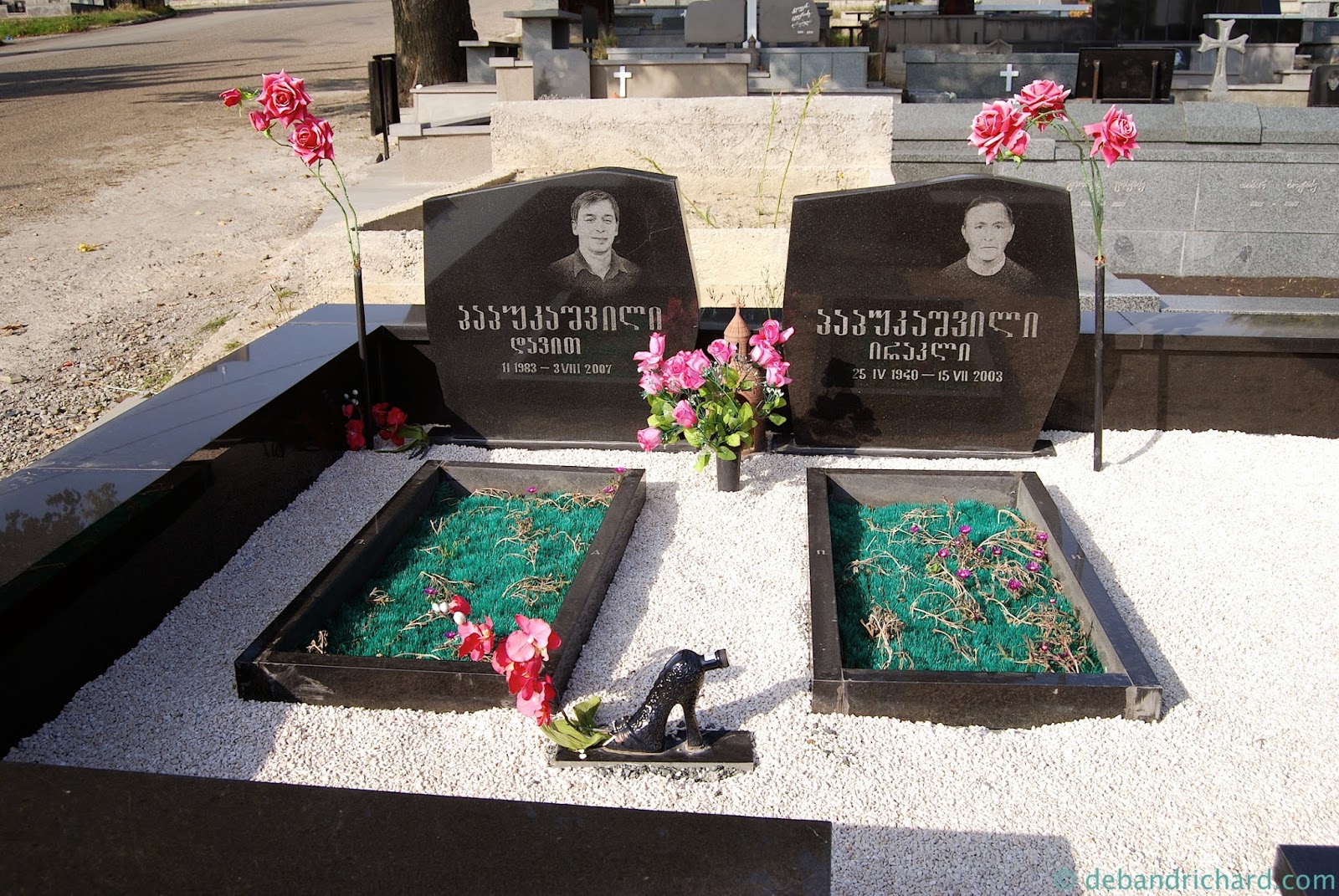 The soldiers section of the cemetery was right in front. All these graves were marked with 2008 (the Russian-Georgian War took place in August 2008). All of the photos showed the men in their uniforms. 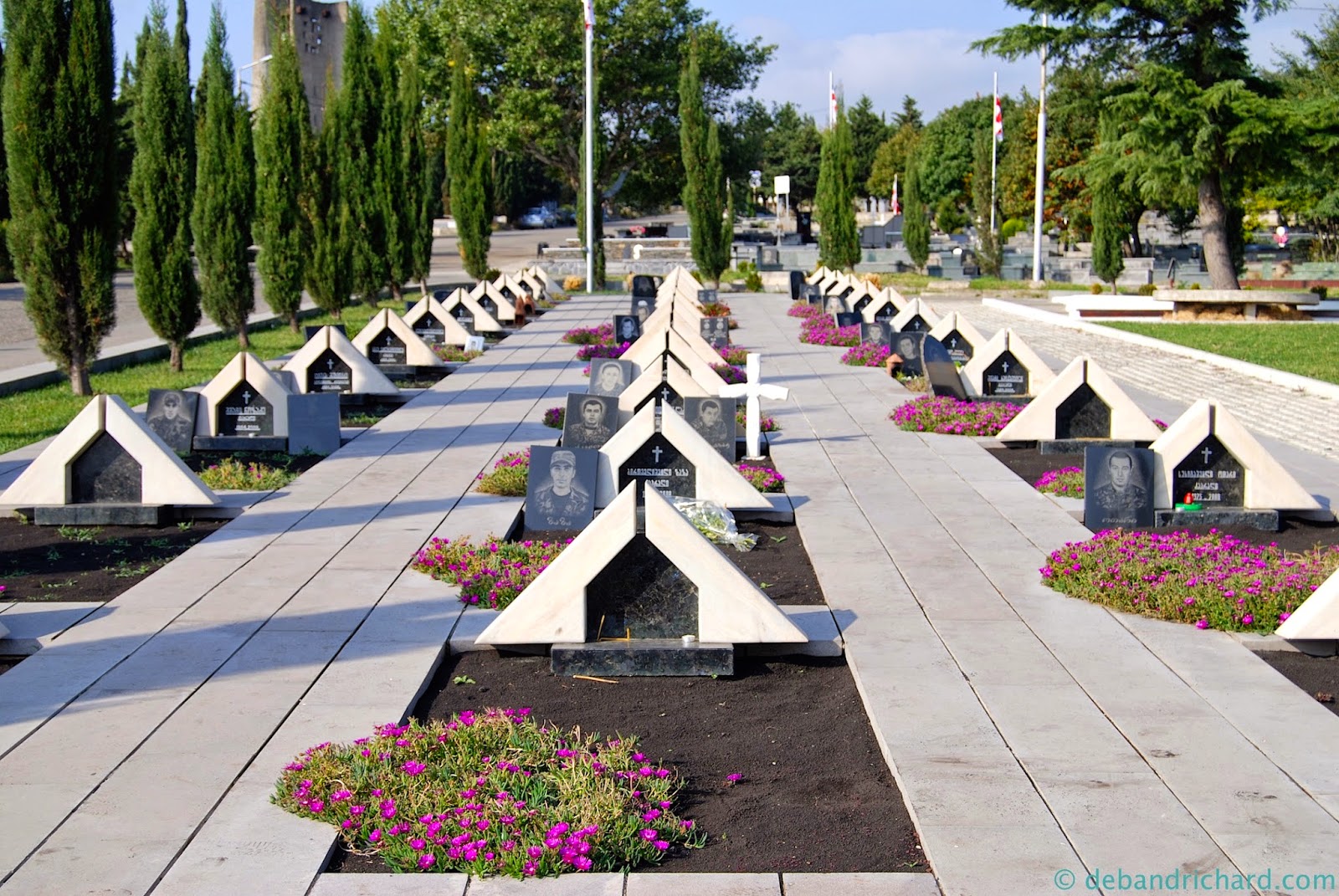 Neat cross. I'm not sure if it symbolizes the soldiers section or just a cemetery/church instead. 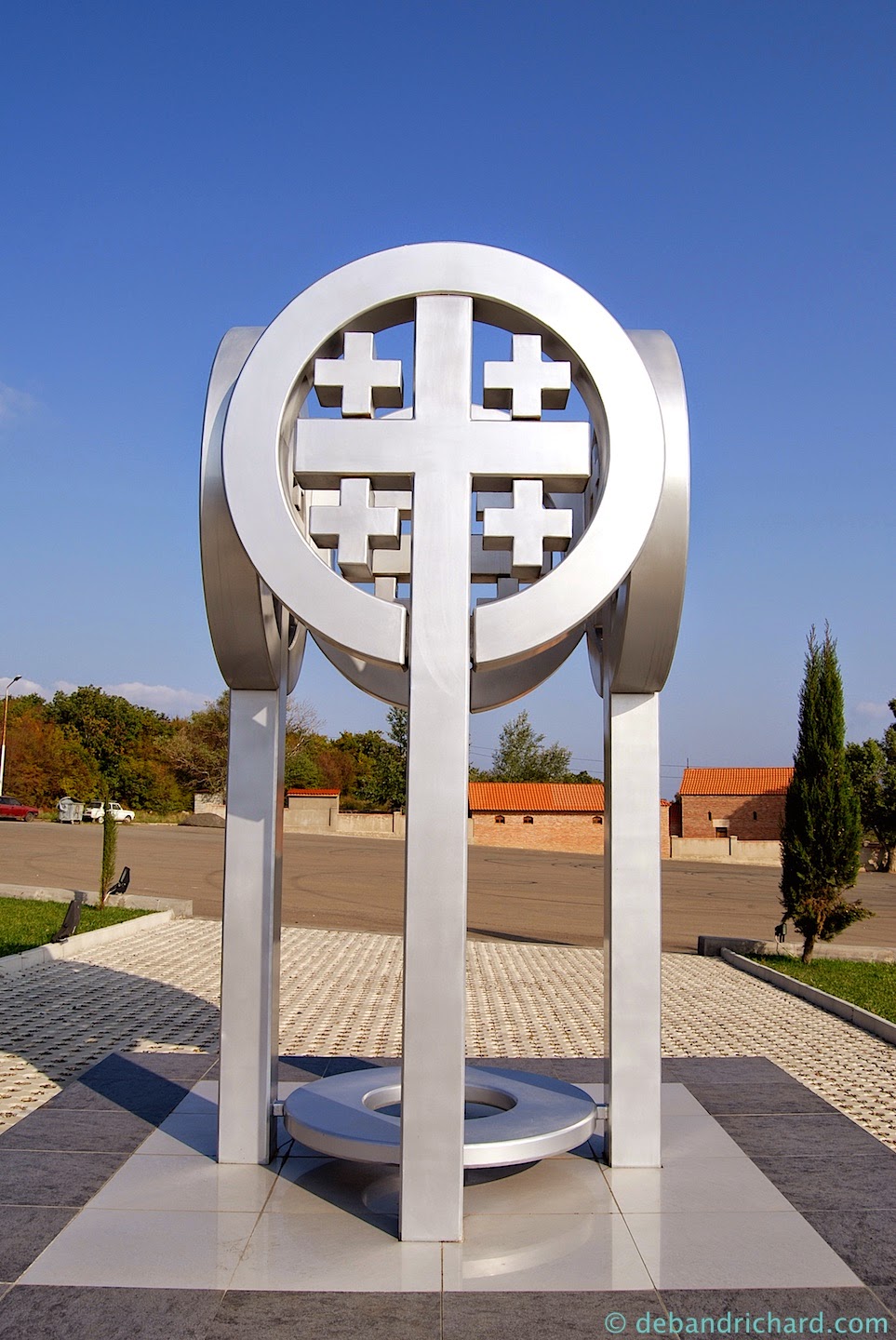 While very different from American cemeteries, it seemed much more personal. Maybe it was due to seeing the faces of the deceased.

Afterwards, we headed downtown to the markets and then out to lunch. Made for a nice date day.
Posted by Deb at 12:44 PM